This is in relation to Typeface by Tasha, however I decided to give it a post of its own 🙂 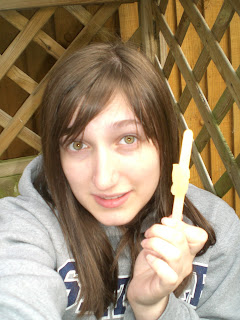 (It turned out that it wasn’t really all that sunny OR warm so hoody was a must and my excuse for my facial expression is that the lolly was lemon flavoured and a bit sour!)

After experimenting with the wax letters (which are photoshopping quite well so far!) and going to the trouble of making all the molds, I thought it would be nice to make some actual ice lollies!

My mum pointed 2 things out:
1. I was filling her freezer up with some dirty, smelly (the mold stuff stinks), weird things and she didn’t like it
and 2. they would melt – she’s really observant if you hadn’t guessed 🙂

But I think that half of the beauty/fun of doing the ice version was so see them melt…who agrees? Type is usually something permenant and so the limited time of the ice lolly existance makes it special, or so I think. 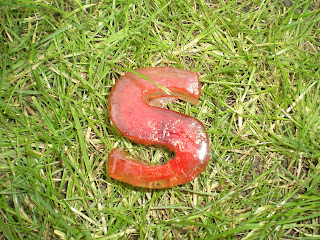 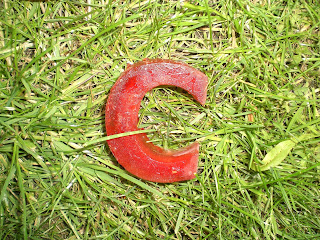 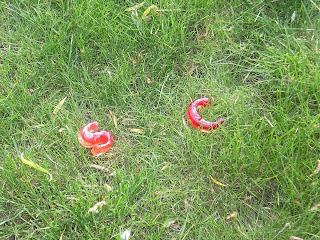 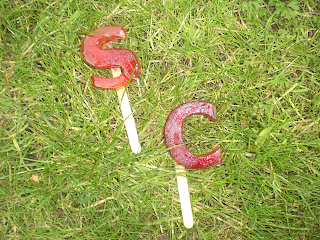 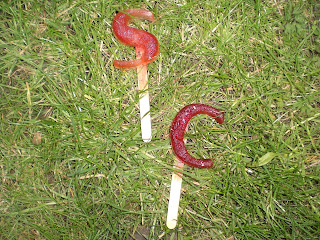 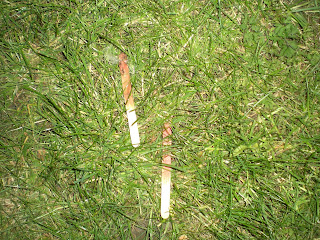 O.k. so I kinda forgot about them, Ooops!
I think my dog might have ate the C (he had been eyeing it up all afternoon) and the S still remains! I will pay more attention tomorrow when I do the other letters!

Whilst I had been waiting for the letters to melt I took some pictures of the wax letters on the grass because I think it makes a nice ‘scene’ – I think it makes it look as if a little girl has dropped them on the floor and left it to melt. I can just imagine the tantrum now… stomping of the feet took place for sure! 🙂 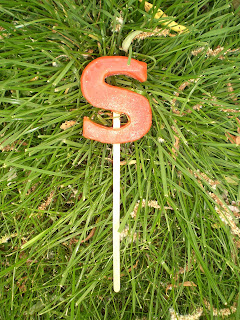 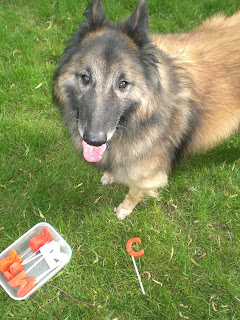 My lollies are obviously just SO great, even my dog Dylan wanted to get involved 🙂

I cleared more room in my freezer so I could try and do all my letters at once today!
It was a lot sunnier and warmer than yesterday 🙂 … 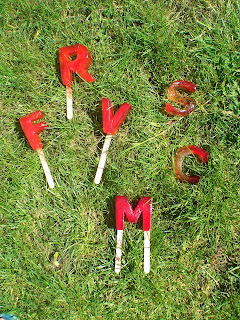 Oh, the S and the C are hollow because I put the other letters in my freezer overnight and then decided to re-do them also. I under-estimated how solid they were and so when I was taking them out of the mold, they cracked and all the liquid came out. 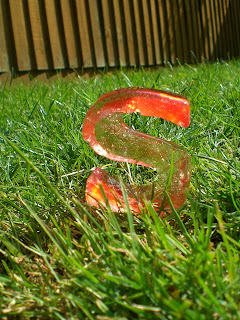 The melting! (Click to enlarge it and see the whole thing)
It took 1 hour 30 mins today because it was a lot warmer 🙂 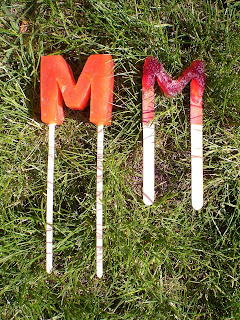 Above and below, comparisson between the wax and the real ice lollies 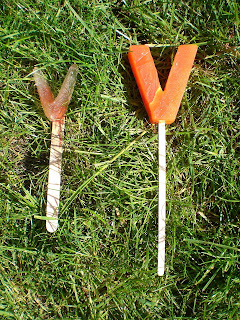 UPDATE 14.05.09
Finito! I have edited all my letters and handed in my work (a week early!) before I go on holiday tomorrow…