It has been a busy week; so busy that I haven’t had time to blog really 🙁 AND also because I couldn’t get on here – computer problems. But it’s fixed now, and I have been told that I don’t write enough about myself on here (even though it is basically for my work) so I’m gonna tell you a bit about the week I spent on a Cruise ship!

I went away with my grandparents, Mum and sister aboard a cruise ship that visited some Greek Islands, Greece coast and Turkey – we had a great time! The weather was gorgeous 🙂 Not too hot, but hotter than here (doesn’t take a lot though really does it? hah)
I’ve got a bit of a tan but not too much… I’m not a sun worshipper because I usually get burnt the first day and then spend the rest of the holiday out of the sun so I took it easy this time. But I must confess to having a bit of a sunbathing session the last couple of days because I didn’t want to come back white haha!
I’d never been on a cruise before; the closest thing to a ship I had been on is a Ferry from Dover to Calais and I HATED it haha But my Nan and Grandad had been on 3 cruises already and convinced me that it was going to be good. I know what you’re thinking… ‘Cruises are for oldies’. Well, yes the majority of passengers were over 50 BUT it had its advantages being the only young-uns on the ship 😉

Me and my sister caused QUITE a stir amongst the staff… we got royal treatment(you know when the Queen is walking into a room and everyone stands in lines at the sides? Yep, everynight at the restaurant!), made some of the waitors giggle like teenage girls, and also got a bit freaked out that all the staff knew our room number :S

We flew to Kerkyra airport, Corfu which is a Greek Island! The sky was b-e-a-utiful 🙂 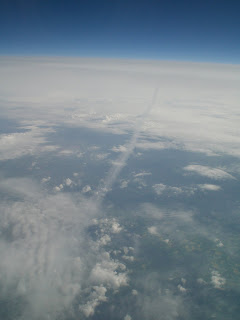 In the morning we went to the lifeboat drill… and we attempted to make lifejackets look cool…. 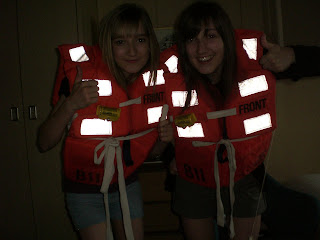 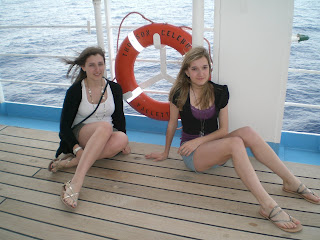 There was plently of time for some posing… and getting lost on the ship. There were 9 decks and so plently to explore. 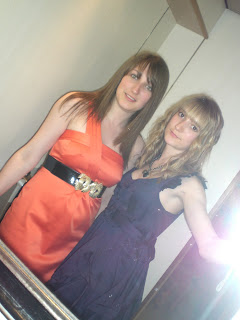 This is a mirror pic from the night of the Captain’s Cocktail Party. There was a bit of a joke about this with my Nan. She always gets lost (gets in the lift and ends up on a completely different floor to where she wants to be) and on a previous cruise she was lost and asked a lady where she was. The woman replied: ‘I haven’t got time to talk to you; I’m off to the Captain’s Ball.’ Haha 🙂 My Nan was not impressed! She is such a laugh. 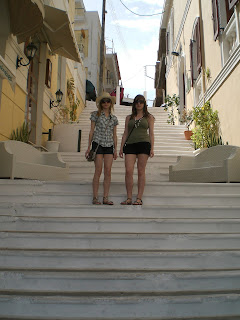 A bit of posing on some steps that looked pretty. Later on we found this exact place on a postcard! Maybe I have a future in location scouting? 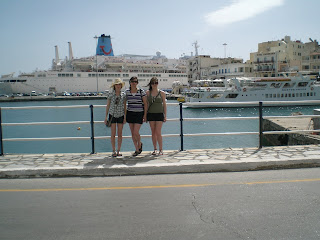 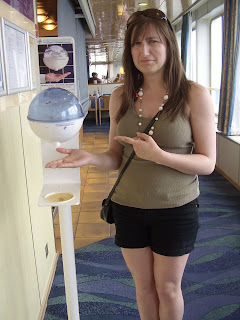 I was having a bit of trouble with the hand sanitiser machines… they didn’t like me!

We went on an excursion to see The ‘Virgin Mary’s’ House and Ephesus. 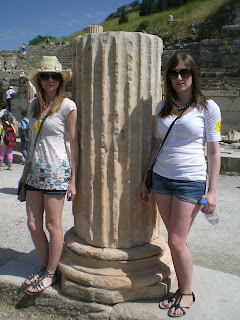 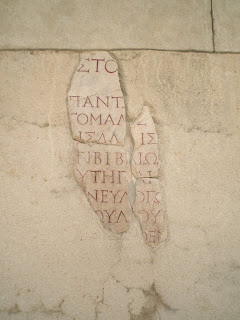 I kept my Graphic Designer eye open and spotted this small remains of writing in the Library at Ephesus. 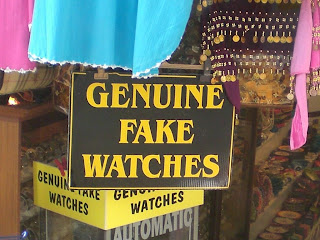 I love their honesty 🙂

However, I’m not such a fan of their annoying selling techniques. No one wants to be hounded about buying Turkish Delight! Why don’t you just leave people alone!? I got called rude because I half shouted no at one man (who asked me to buy his heart haha)

Next stop was the small island of Santorini, famous for its picturesque views of white houses with a blue mosque roof. It’s also quite famous for its Donkey rides… but that’s cruel so we took the cable car… 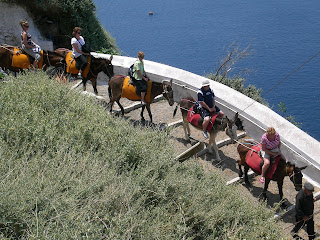 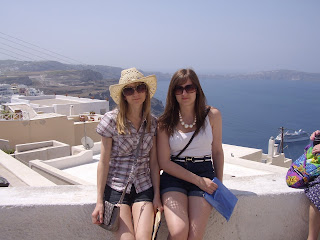 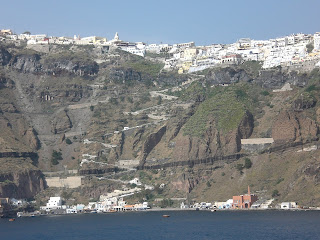 … not on the way down though. We thought we would save our money (the cable car was 4 Euros each way!!! Rip off or what!?) and walk back to the port; bad move. You can see that zig-zag path on the photo? Well it was hell to walk down. The floor was made of marble slabs and they had been worn down so were slippery and very steep. There was donkey poo everywhere.. and donkeys coming up and down too, slightly chaotic. And it took actually FOREVER! 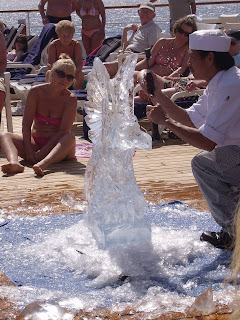 Back on ship we relaxed near the pool for a bit before they did an ice sculpture demonstration (can you spot me top left hand of the picture?) 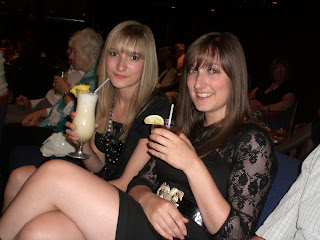 I got to try some different cocktails in the evenings and am now addicted to Pina Coladas! They are tropical heaven 🙂 Cosmopolitans are nice too… 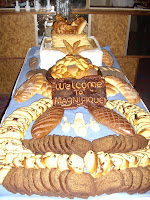 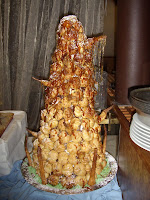 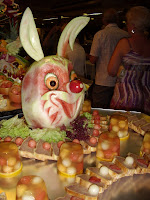 On the ship they have a night where they prepare a ‘Magnifique Buffet’ (loving the use of French!) which is a buffet arranged in different shapes e.g. animals. 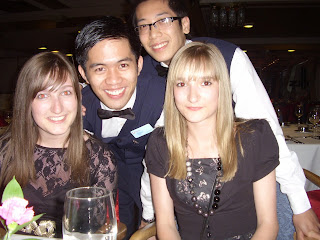 It was 11.30pm BUT we had to try the pineapple rings dipped in chocolate 🙂 mmm and also have a few pictures with our fave waitors, Erickson and Jodel. Jodel even sang for us – Sean Kingston, Beautiful Girl!

These two days we didn’t really do much apart from a bit of shopping and sunbathing. If I’m honest, I was absolutely knackered by this point. We had been getting up at 7am and going to bed at 1am everyday and even though I usually do this at home, we was always on the go!

We lazed about on the ship until the evening when it was back to Kerkyra Airport and back to England!

One thing I must say is… I love England. Being abroad just reminded me of how lucky we are to live in a nice clean, modern society with technology at our finger tips… and good shopping centres. I never understand the organisation of foreign shops, and they have naff fashion too lol

But all in all… I had such a great time. I was even too busy to miss college (when I went to Portugal with the ex I just wanted to be at college the whole time)! I would deffinitely go on another cruise!