Say hello to my Mum’s candles… 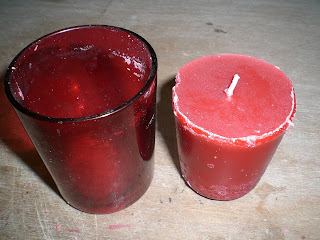 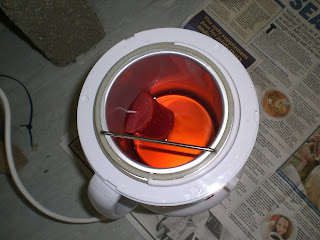 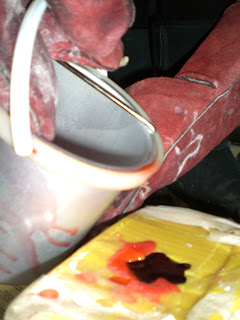 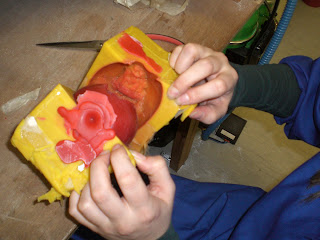 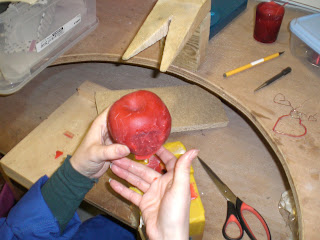 It doesn’t look like a lot for 2 weeks work, but it took me ages to cut out… because I was trying to b as precise as possible, and also because I had to use the archemedian drill to cut out the counters (holes in the e etc) – and I have a massive blister on my right thumb from it 🙁 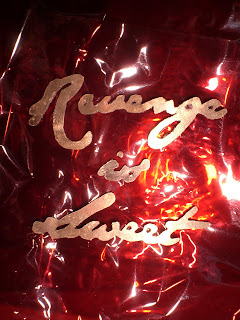 The plan is to somehow press/melt these into the surface of the apple…. I might colour them first though??
We only have 2 hours for the next lesson because Emma has a meeting to go to, so I’m not sure how much I will get done – I’m aiming to do quite a bit of the arrow (curl/bend etc) hopefully

My dad thinks he’s really funny. He is not. The yoghurt wasn’t moulding so I figured I hadn’t put enough on it SO i covered it in a whole yoghurt: 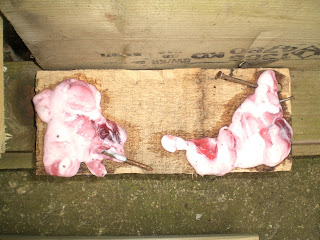 and I went back the next day to find no yoghurt left, but 2 small lumps of moss had been placed onto it. Har de har. I’m NOT stupid 🙂 (I forgot to take a picture as I was a bit annoyed).
So I’ve given up on the yoghurt idea and have just left it down the side of my house to rot covered partially by a plastic bag… it’s getting quite dirty *thumbs up* 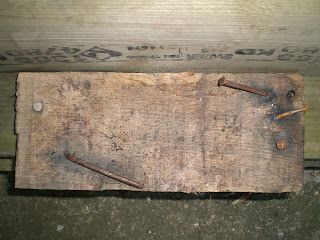 Emma’s 2 hour lesson – I got annoyed with soldering basically. 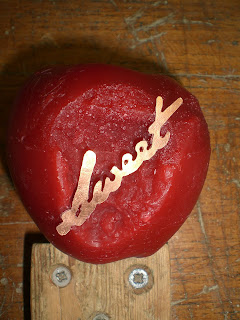 UPDATE 27.05.09
Not long to go before hand-in date (8th June! Eeek!) and I have been putting the final touches to my back board… 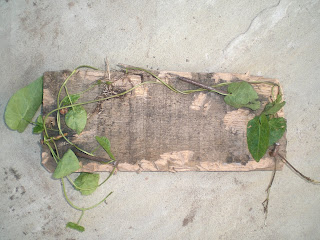 It has been sitting in the damp and dirt for just over 2 months now and so is a bit mankey 🙂 and the nails have been rusting away quite nicely. Yesterday I got the chisel and hammer out to take off some of the square edges and roughen it up!

I added this vine I found in my hedge but no doubt it will be all dead by now so I guess I will have to get some out of my garden fresh for on the day!

I also added some dead grass which is wedged in underneath a section that I chiseled out but did not break off the board.

I rubbed it in some soil to make it a bit more dirty but when my dad was hammering another nail in it all came off! Haha… so I will have to rub it about again I spose. But I’m hoping my apple will look nice, clean and shiny in contrast to the (fake)old, tatty and filthy backboard. All I have to figure out now is how to attach it… oh I DO like to make things hard for myself 🙁

UPDATE 01.06.09
It was the last practical session today AND I have pretty much finished 🙂 I even had a bit of time left to collect some samples
I basically had all the components of my panel, it was just putting them altogether… which is what I was most worried about. I had soldered the words onto some wire so that I could press it into the apple and the first word I did (sweet) I ended up getting a crack in the apple!

To attach it to my backboard I drilled 2 holes in my board(quite deep), inserted some wire (sharpening the ends to points) and then slowly pressed the apple into place. I was SO worried I was going to press too hard or something and my apple would just split in two halves, but it didn’t thankfully. 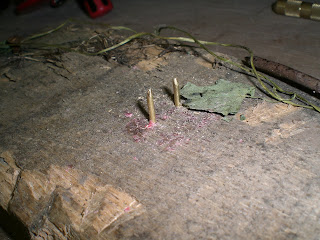 Finishing touches!
I cut a leaf and stalk out of some green acrylic plastic and inserted it into the top of the apple. 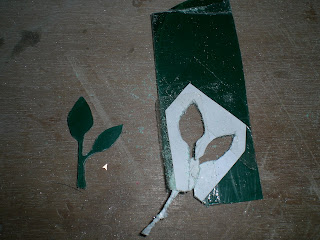 Ta-da! It’s finished!
I’m quite pleased with how its turned out… apart from how the words are stuck into the apple… it looks a bit pants from some angles… would want to try and press them in further but don’t want to split my apple this late! 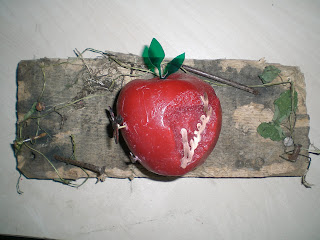 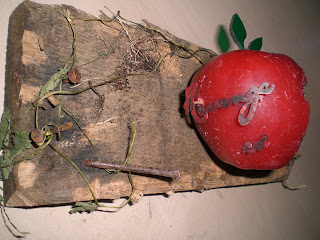 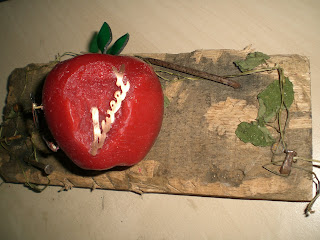 Now to press on with the written work/sketchbook…!