It was only June when I had my first attempt at linocutting, a medium invented by the Die Brucke artists whom I studied for my final major project of year 1 of my BTEC course. I really struggled. I know practice makes perfect etc and I probably didn’t put in as much effort as I needed to BUT as I am preparing myself to go back to college in September (I am SO looking forward to it), one challenge is prominent in my mind; Printmaking.

Last year we did the 3D Award as an extra bonus, and this year we are tackling printmaking. I love the idea, the process and mostly the outcomes but honestly I am so shocking at linocutting! I have so much respect for anyone who linocuts, and Mark Andrew Webber certainly deserves A LOT of my respect!

This man has linocut typographical maps of Paris, London, Amsterdam and New York. They are all amazingly beautiful! 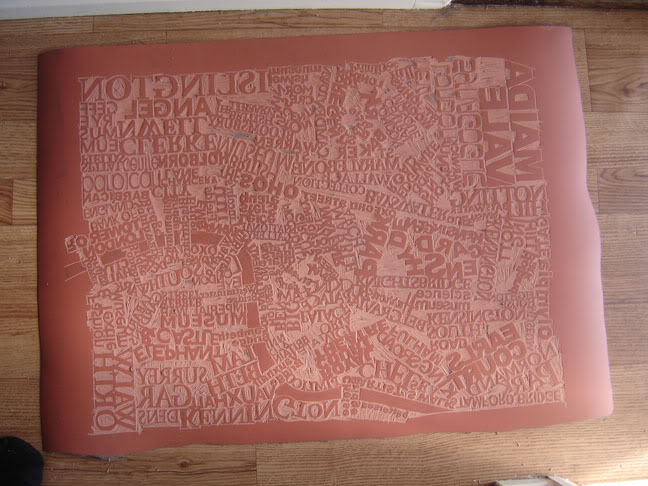 As with all linocuts, the design must be back-to-front for it to print correctly – as if linocutting wasn’t hard enough already! Haha 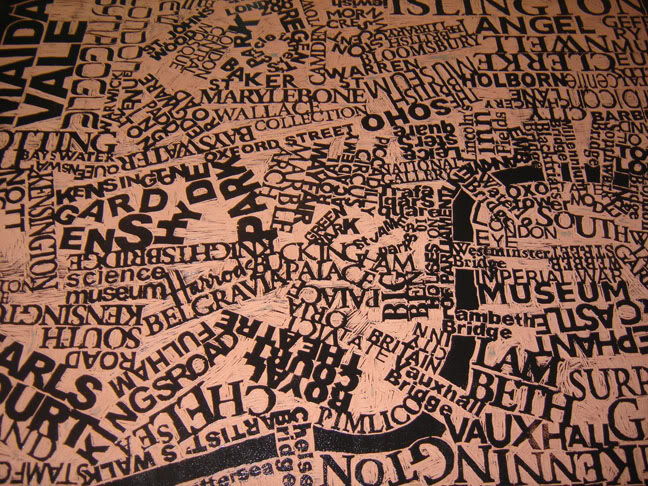 Just look how amazing the letterforms look – almost perfect! Also, can you spot Harrods? Clue: It’s even written in the original Harrod’s typeface! 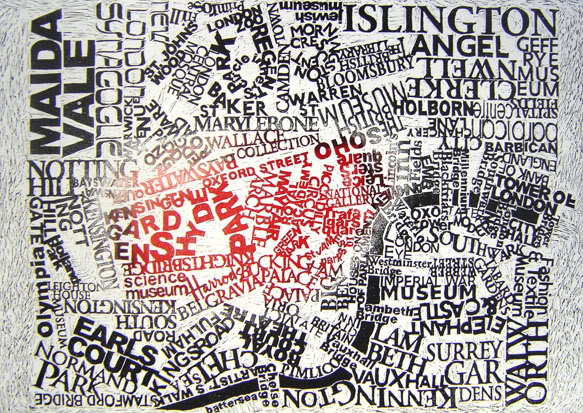 The Paris map has to be my favourite though… 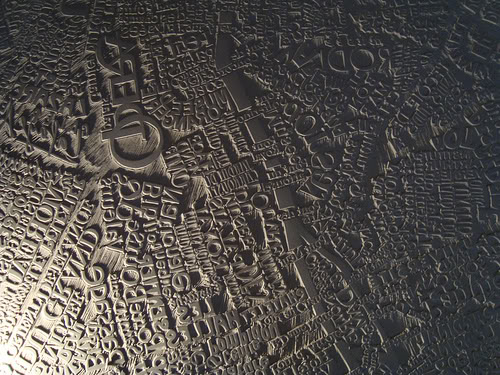 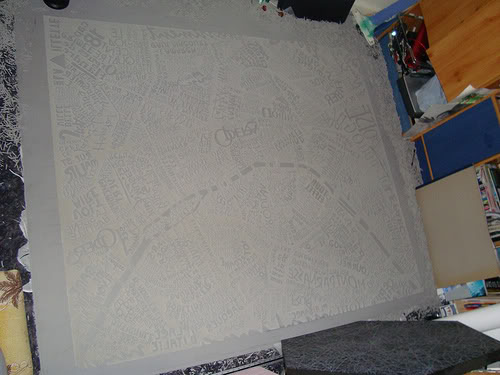 He has expressed some difficulty in being able to get it printed(due to the massive size), but recently found a printer, YAY!
With limited stock of 300, Webber’s map of Amsterdam is currently selling on his website  for £100 + P&P which for a student is obviously a lot of money… but I would actually LOVE/ADORE a print of the Paris map when he finally prints some(Anyone feeling generous enough to buy me/donate a print – it will be recieved with MUCH delight and are VERY welcome!) . The only problem is, where would I put it? If I owned a house I would put it on display for everyone to see the beauty!

Whilst browsing through the rest of his website I came across some other work he did for The Guardian newspaper which I think I am drawn to because of the shiny surface of the lino after some red ink had been applied: 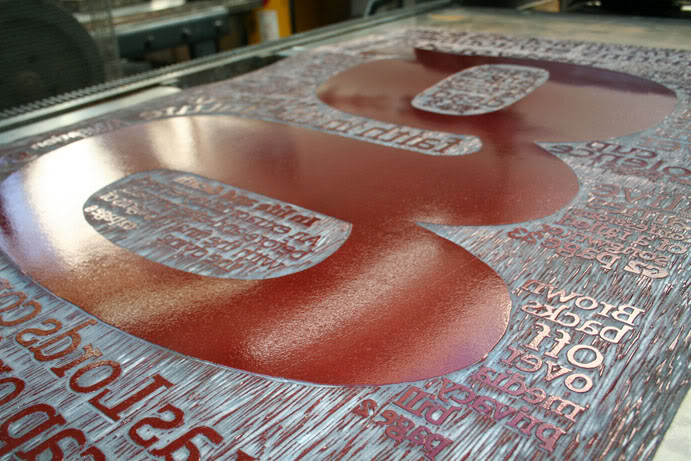 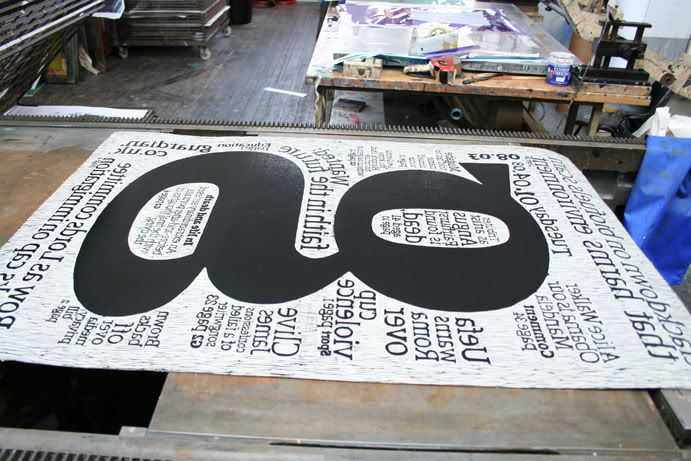 But then, the print is nice too! Look at the crispness of that massive lowercase g!