Mostly proportions, placement and angles are quite important in making the picture successful but I think it still works even when it is not quite perfect. 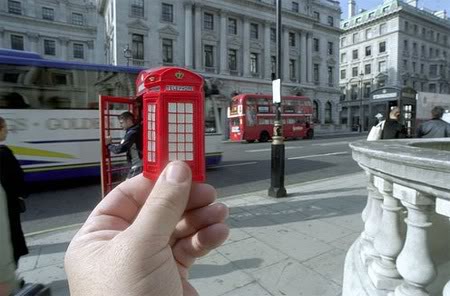 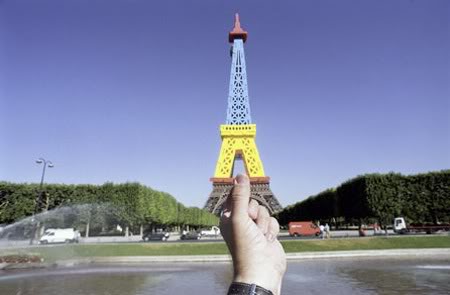 The Eiffel tower (above) and Leaning tower of Pisa (below) are my faves because the souvenirs are a bit wackier and so less obvious! 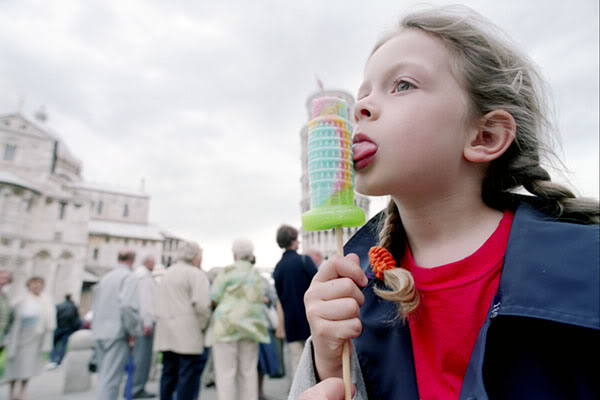 This is such a genius idea and I hope that Michael Hughes is able to keep adding to this project (you can buy copies of the photos for a small fee on his website!) which I first came across on flickr here but I have also started to follow his blog to get more indepth information about his pictures. 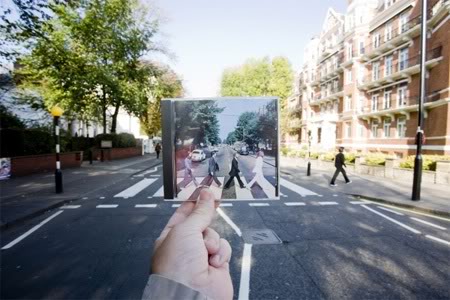 For example, this is what he has found out about the picture taken for The Beatle’s album cover on Abbey Road:

‘The original cover photography was done by Iain Macmillan, who had 10 minutes for the shoot on the 8th August 1969. Macmillan had an elevated perspective with a normal or slightly long lens for the original. According to Wikipedia the man on the pavement in the background is an American tourist who only found out much later that he had been immortalised. On the left of the original picture is a VW Beetle which they had tried to had moved for the shot. The owners lived in the apparment block opposite. Later, the number plate was stolen many times as a souvenir. The car was sold at auction in 1986 for $23,000 and is on display at the VW Museum in Wolfsburg, Germany’

How great is that? Randow little facts which put an even bigger smile on my face – and I’m not even a Beatles fan! Just think what it would be like to have randomly been in the background of that picture, seen but ignored by millions of people across the world! Such a buzz 🙂