And then we were set the challenge of making a book with content, which was also made from unusual materials.

At first I was quite stumped on what I was going to produce – it’s always harder when the possibilities are endless I find?

I didn’t recieve either of my christmas presents from my boyfriend on time… and this gave me the idea of making a book from postal items; envelopes and bubble packets.

I have seen that Toby Burkill (an ex-cowa student) had bound some postcards together for his friend to take on her travels and post back to him, but nothing else post-y yet…

I wanted to use envelopes for the pages, and then put something inside them so that the reader would have to open the envelope to read what was inside. I looked at the different types of envelopes and I like the windows you get in most of your post because they reveal a small amount of information but not everything. I looked at buying some envelopes with windows and was slightly put off by the price; I AM a student afterall! But I decided that used envelopes would work just fine too…

After collecting my envelopes, which range from bank statements, tescos clubcard, boots and ucas, I found a bubble packet that was the perfect size to use as a cover. I cut all edges so that it was only joined at where the fold was (the bottom of the packet usually) so that it would work as a cover.

Today I consulted my local bookmaking expert, for his advice on which binding method would work best. He advised me to use pamphlet binding, which is quite simple but strong enough. I got the needle and thread out and I sewed(is that even a real word?) the ‘pages’ to the cover earlier: 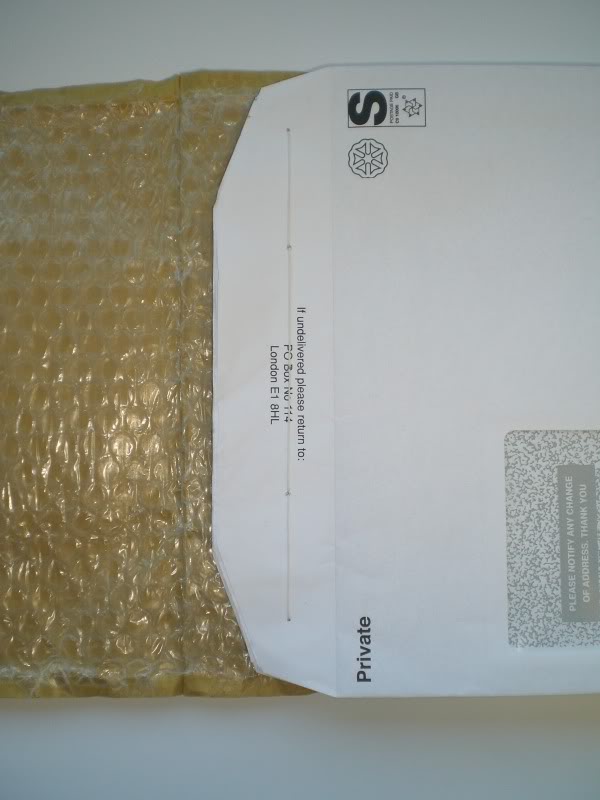 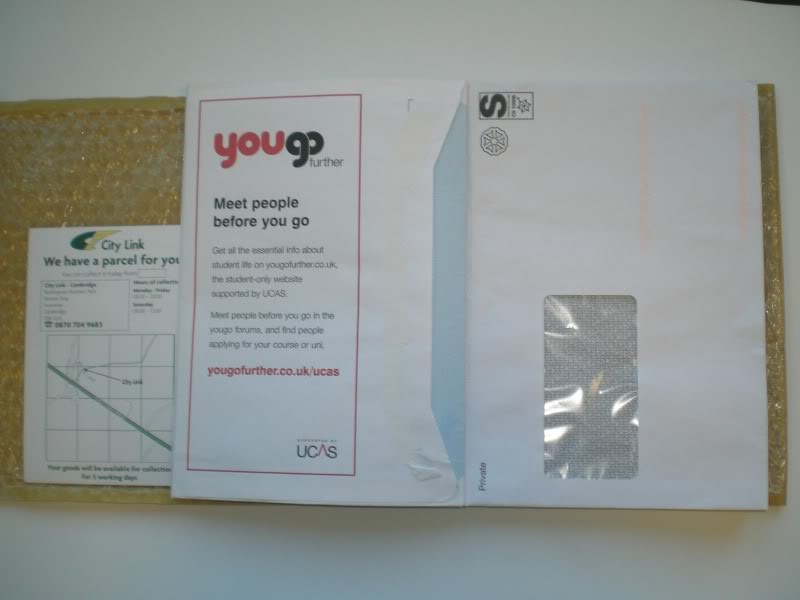 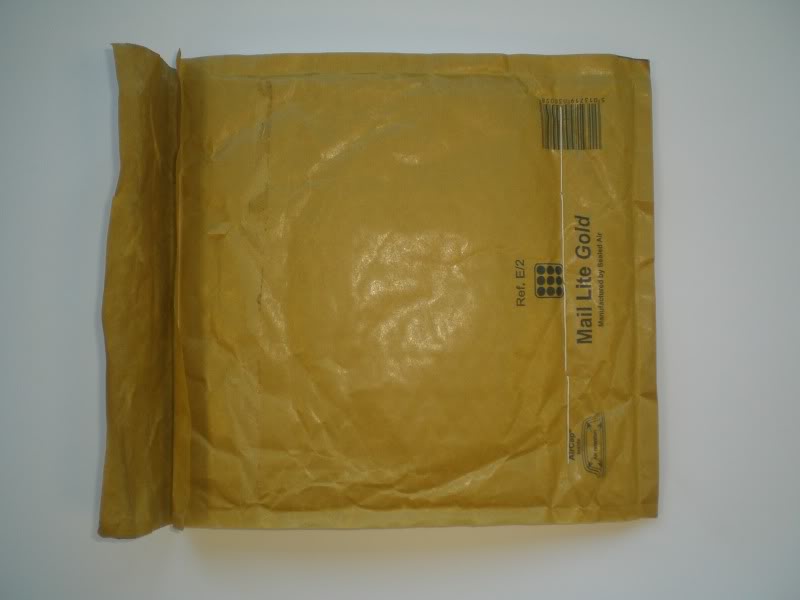 The back cover (above) 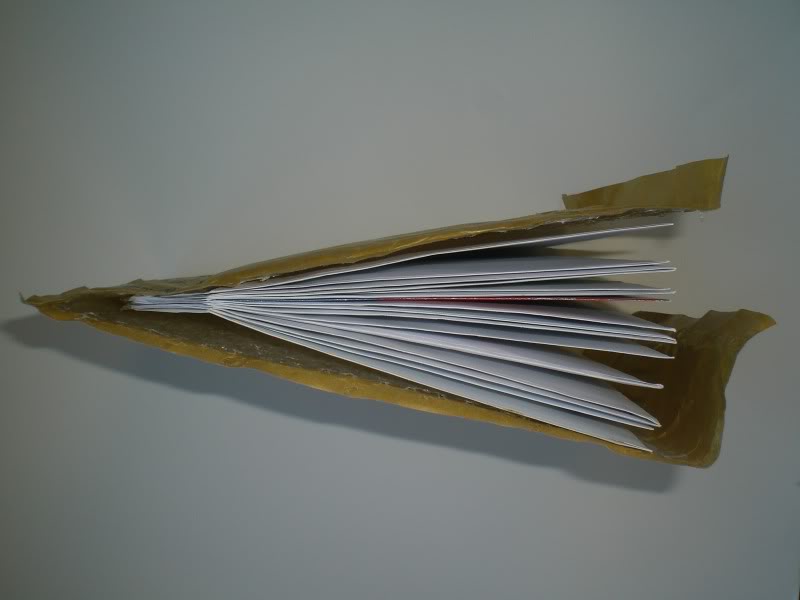 Birds eye view – on the right you can see the flap which folds round from the front. I am going to add a detail to this part so that it will stay closed at the back… not to be revealed just yet though!

I have finished the book! 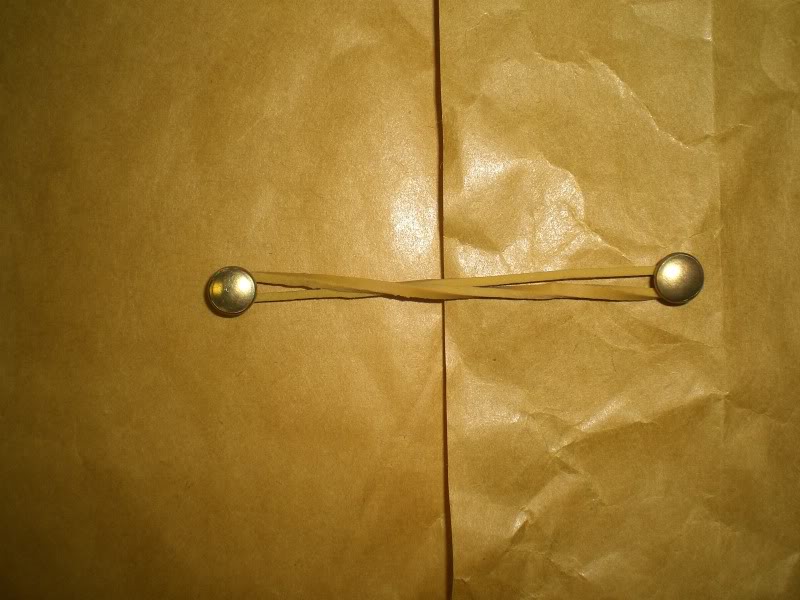 Here is how I have fastened the cover. I used two split pins and an elastic band to create a catch.

For the content, I researched some Royal Mail facts and figures about mail and their delivery services. I found out some quite shocking information… 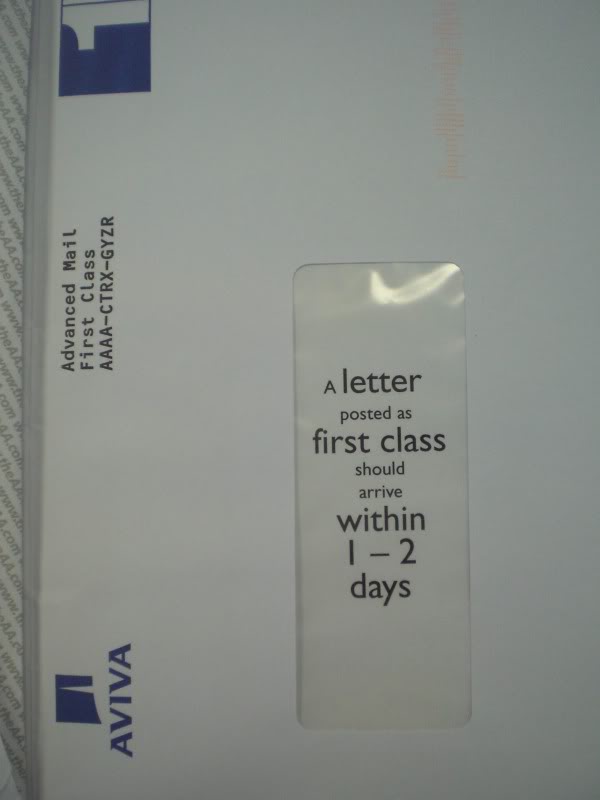 …. but sometimes it takes upto a week (this is what I have learnt from looking at forums, blogs and articles from online newspapers)

I also looked for any information on the delivery notes left behind by postmen, and found that it is a common occurence for these cards just to be left without any attempt being made by the postie to deliver your item! How rude!

I chose to highlight some words which I considered to be more important by making them larger (23pt compared to the rest at 12pt) and centre alignment… I’m not sure why I did this, I was just trying to make it more interesting? 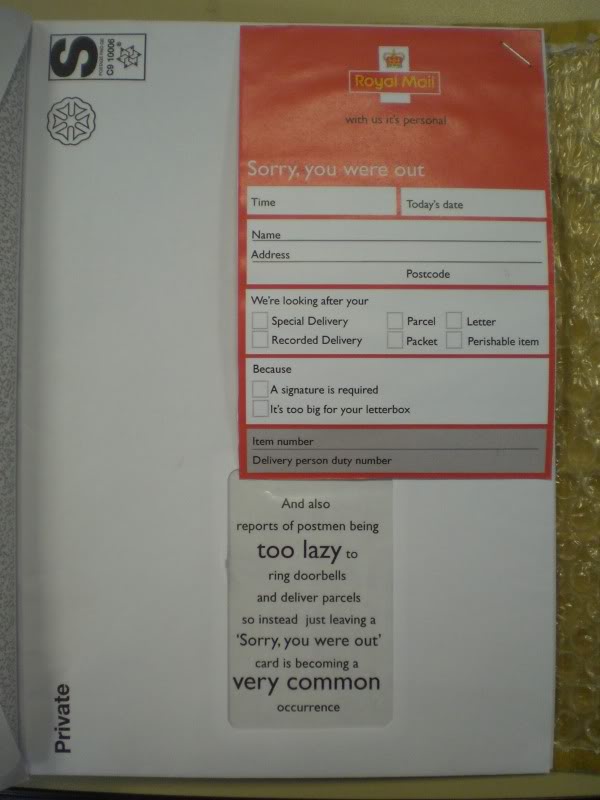 I mocked my own version of a delivery note card because of course if you have to collect a packet/parcel then you have to take your card back to the post office to collect it so we didn’t have any left lying around that I could use!

And for the front cover… 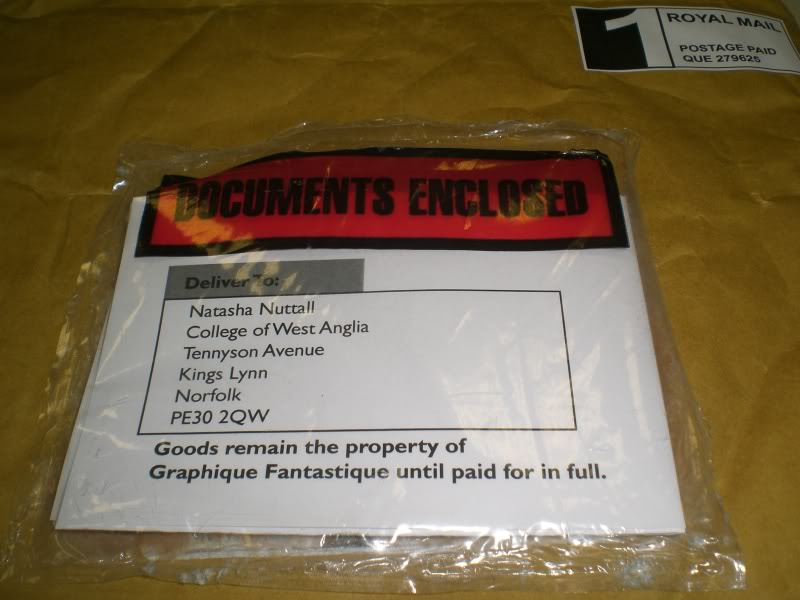 I added a postage paid stamp (which I mocked up from an existing one on the envelopes) and also a documents enclosed pouch (which is from the parcel that I got before starting first year, with all my Graphicy kit!)

I haven’t got any pictures of the completed book in full, but Mr S. has assured me that he will photograph all of the books handed in sometime in the near future… so it shouldn’t be too long!

Let me know what you think – do you like my idea?  Have you seen something similar done already(I would be interested to hear about it!)? Commments please !??? 🙂

Printmaking: It Was A Screeny Weeny Black and White Print