After deciding I wasn’t happy with the background image (of the road) I searched for more images… until I found one that I think works a lot better: 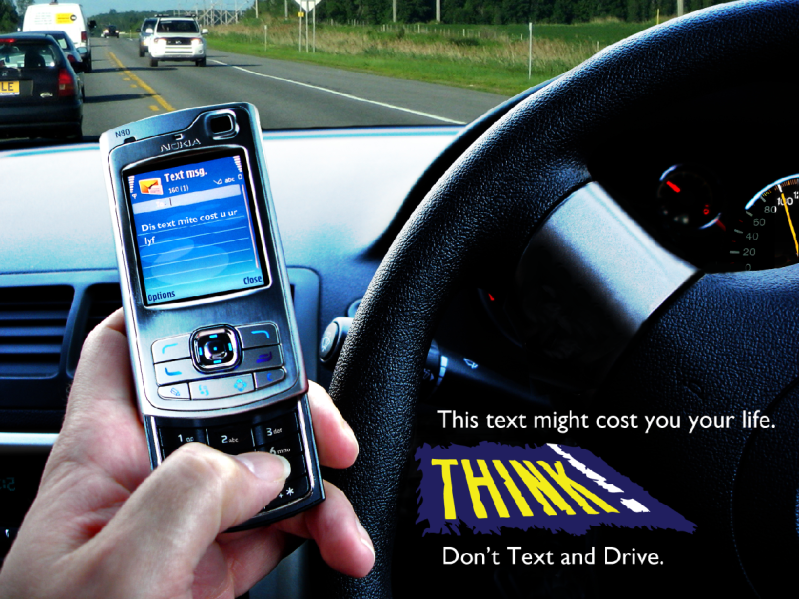 Better? What do you think?

I’ve also edited the buttons on the steering wheel and the speedometer so that it reads correctly instead of blurry, back to front numbers! Did you even notice? Comments?

Well I’m happy with it anyway… so I moved onto putting it into situ. 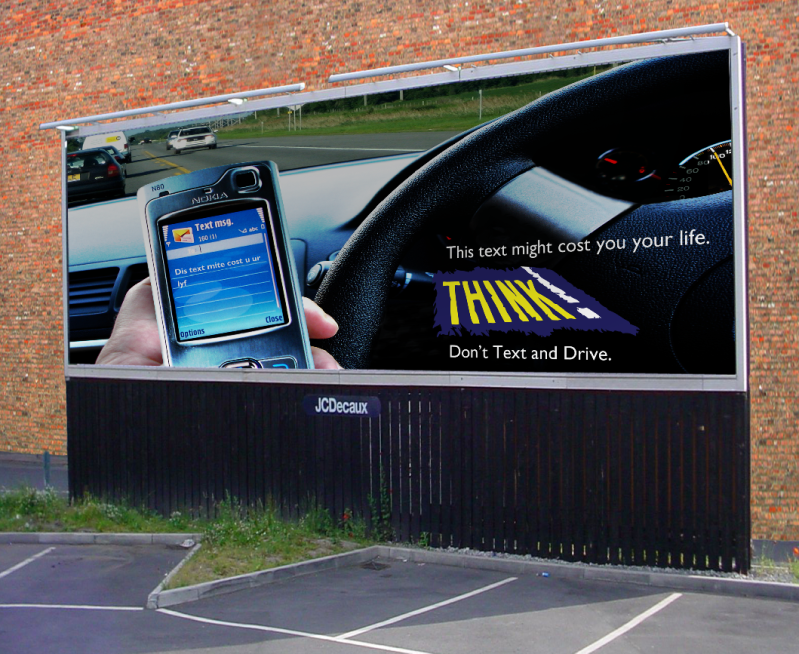 This needed a lot of tweaking as I had to get the image big enough to fit the width of the bilboard… so I had to stretch the image to fit the wide bilboard, making sure that most of the image was still visable so that it would make sense. Then I had to edit a bigger version of the hand and phone in so that it didn’t look stretched or the wrong proportion. Something is just not quite right about this either..? I did the shading and everything but it just doesn’t look quite right to me?

Next, I have been thinking about some kind of promotional item which could be handed out to remind people not to text and drive. I didn’t want to go down the direct mail route because pretty much everyone else in my class has done direct mail so I thought it would be a good idea to do something different (makes marking a bit more interesting for Mr Skinner also!)

So I have been thinking about where drivers and texters go. I am being reluctant to say teens because although it is stereotypically teenagers who text a lot, and are commonly killed by texting and driving, adults also text and drive so I don’t see why the blame should be forced onto teens!  I aim to target a younger audience, but not specifically teenagers. So 17 – 30…??

After brainstorming, I have been thinking about car fresheners or beermats. I thought about car fresheners as they’re not limited to a group of people other than drivers, and can be used in all cars to remind people not to text and drive. The only problem with this is that they could become a distraction themselves? Hanging from the mirror, in peoples view…  this is a constant reminder not to text and drive. But it is also moving and causing a distraction. So it has it’s pros and cons, however a lot of people hang air fresheners from their mirrors already so for a majority of people it would be ok? 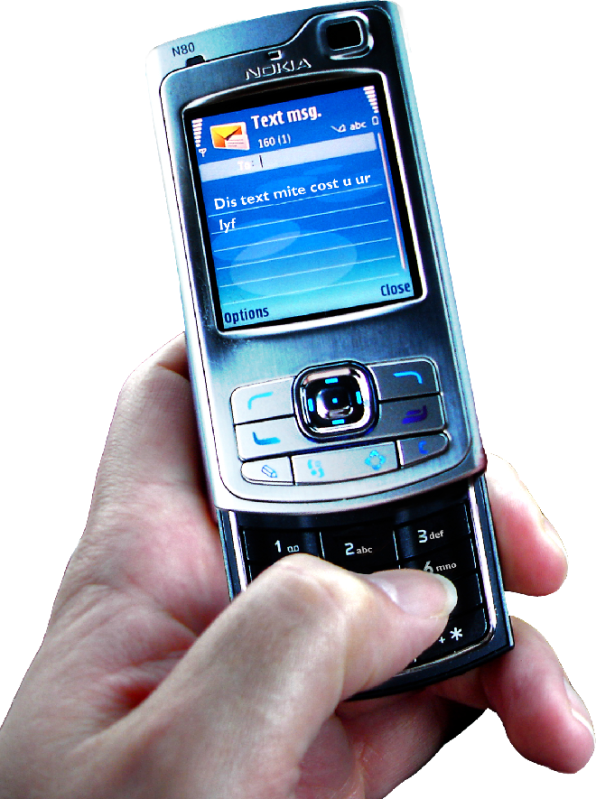 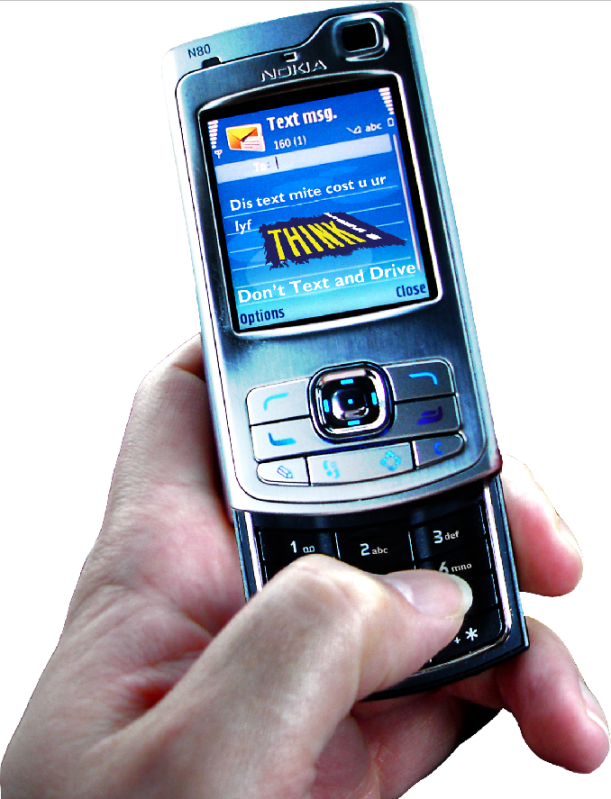 I thought that using the image of the hand texting is a straight forward visual that people will instantly recognise. I looked at making them double sided, with the same thing on both sides, and so added the Think! logo and Don’t text and drive, but wasn’t sure if it is clear enough. So then I thought about using the back for information… using shock, like many adverts about driving already do. 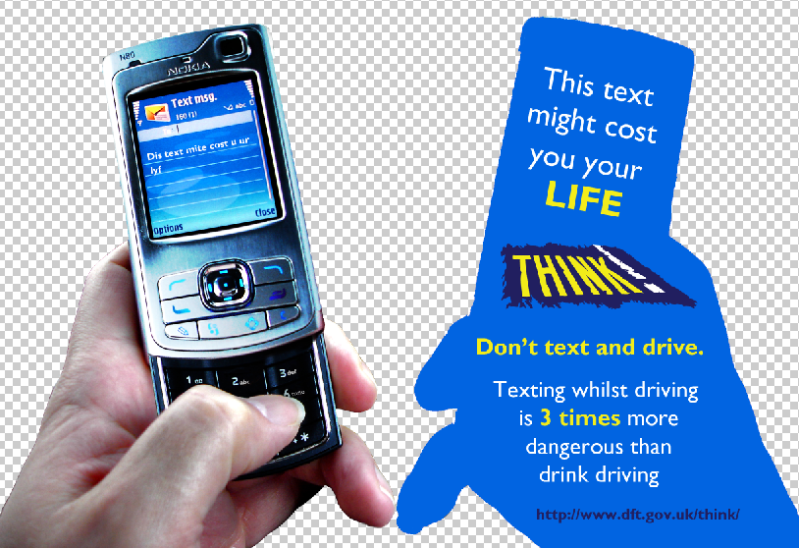 This is what I have come up with so far. I’m not sure about it. I think that the information about drink driving would probably be more useful on a beer mat, as it will be in a place where people are tempted to drink and drive?

Pentagram: What type are you?