Voila! Here are the final pieces of my Corporate Identity project (I handed in on Monday)…

Skim this post for a quick reminder, or if you remember then just scroll down 🙂

My logo (you will have already seen this): 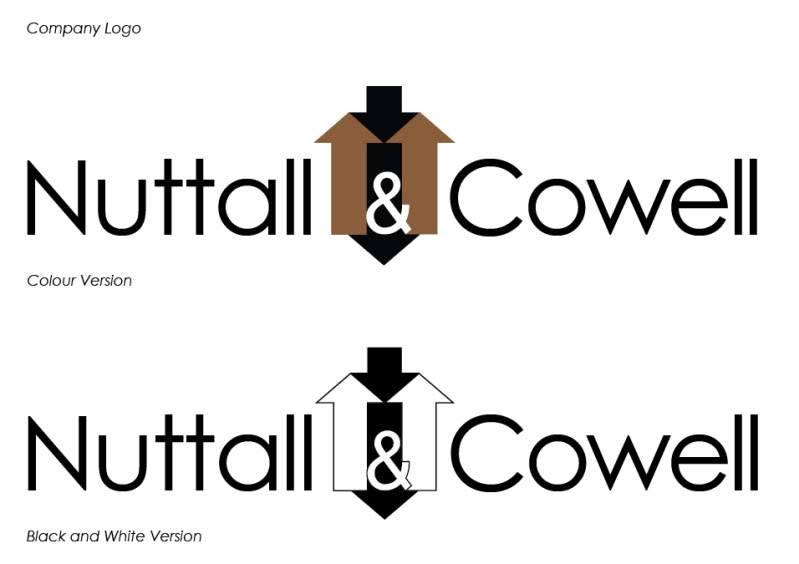 I then applied my logo to stationary: 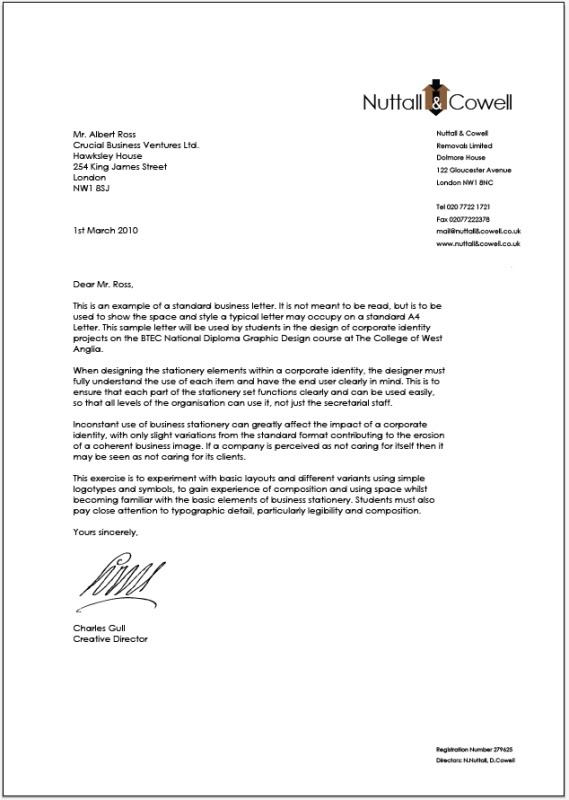 I chose to use my logo on the top right and left align my address to the arrow point. I used this alignment to create a larger right hand margin (look below to see the guideline) 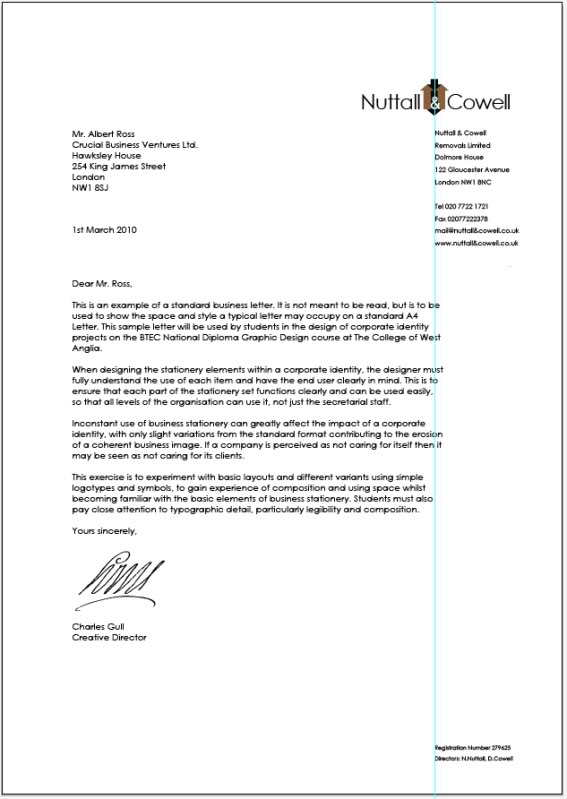 Next… what does a letter travel in? An envelope!?

No, a cardboard texture envelope!

I used the texture of a corrugated cardboard box (which would be used to store people’s posessions in for moving house) as the background instead of having a boring white or brown envelope. I wanted it to stand out from the rest of the mail! This is the reason that I used a side opening envelope – to stand out!! 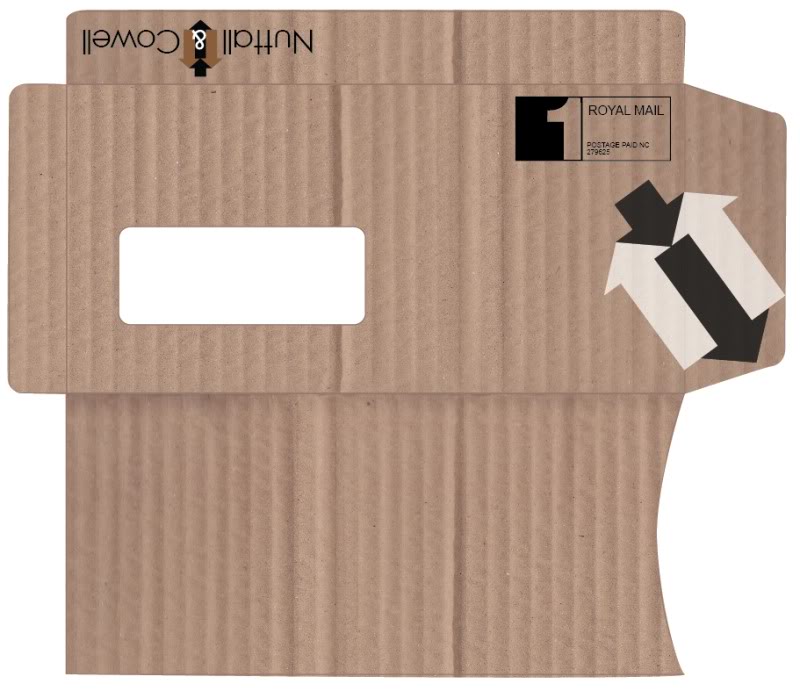 I positioned an edited version of my logo onto the right hand side of the envelope so it overlapped onto the flap to create interest. 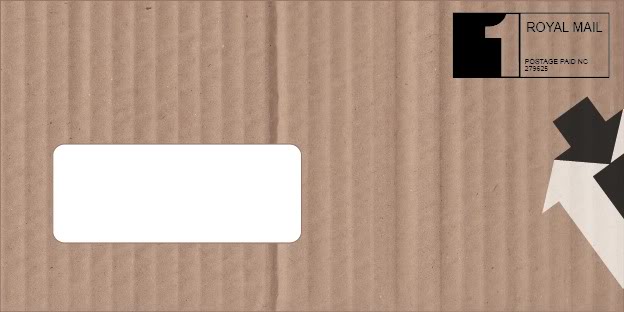 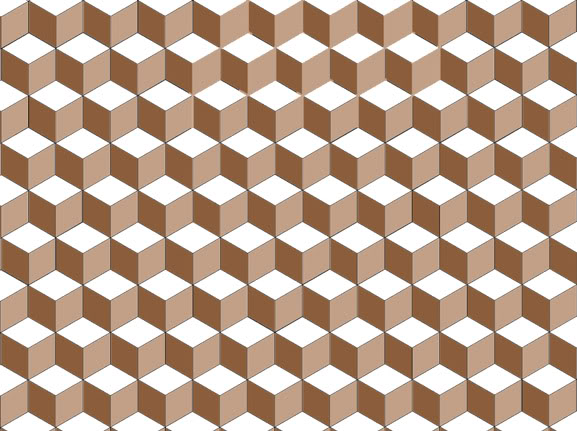 I kept the Compliments slip and business card plain white (nice and clean) but for the business card I used the corrugated cardboard texture on the back, making it double sided. 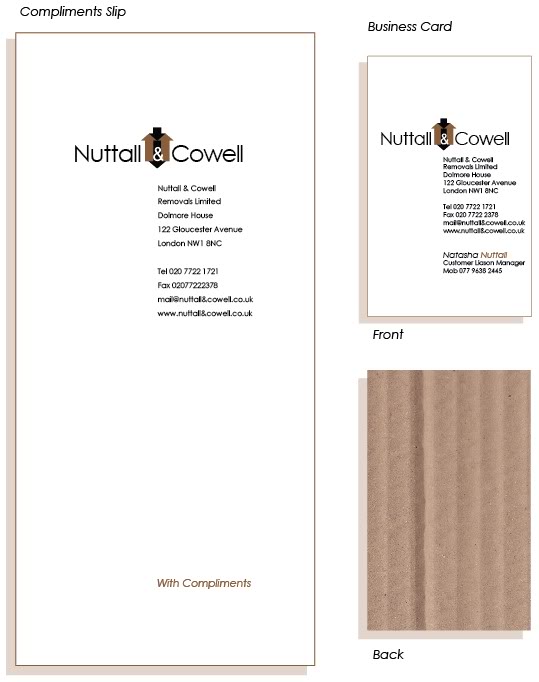 The extras!
The brief stated that aswell as the logo and stationary, we must produce 2 other applications. I thought about pens, mugs, uniforms etc but decided that a lorry and box would be the best (and most logical) items to choose!

With my lorry I took the edited version of my logo from the envelope and used it in the corners. I don’t really know why… just tried it and liked it! hah Once again I used the corrugated cardboard texture, so the lorry looks like a massive travelling cardboard box! 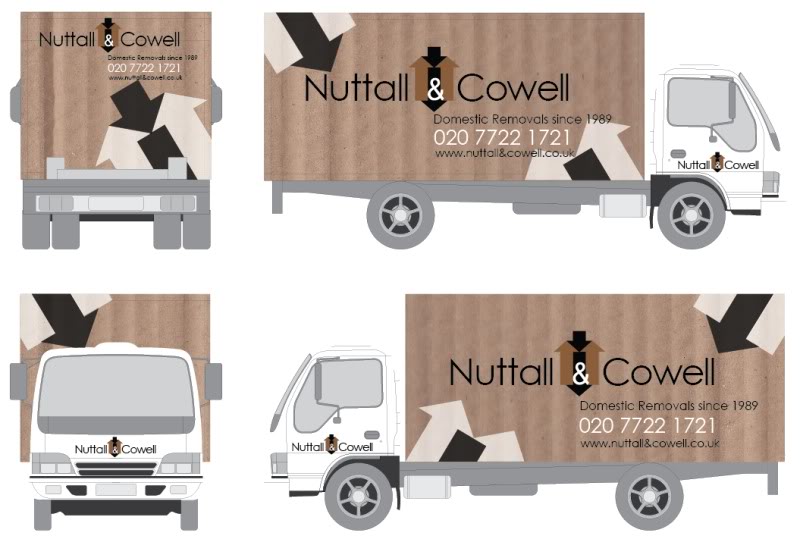 and finally, the box!
Used to transport everything from one hosue to your new home! I tried to keep it quite simple, but make sure that it was still obvious so used the logo, with contact details and the edited logo for ‘decoration’. I also used this logo on the inside of the box for a nice little detail. And the all important safety logos… this way up! 🙂 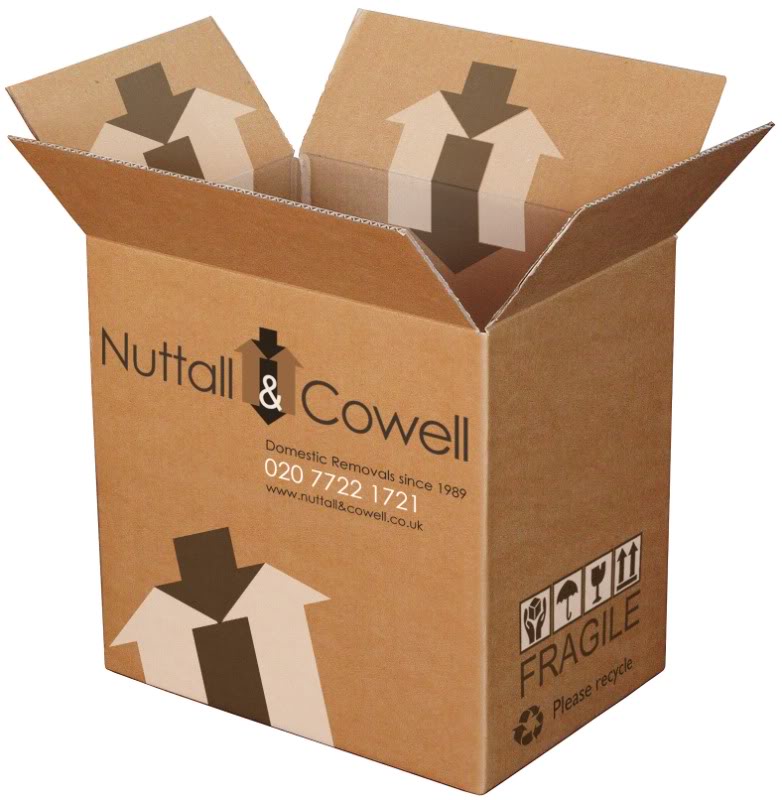 I didn’t really enjoy this project until about 3/4 way through… but I think I’m fairly happy with how everything turned out considering my lack of excitement!

'Saturday night at the movies...