Kombucha is a fermented tea health drink first developed by the Chinese back in the Qin Dynasty 221-206 BCE… a long time ago! There are a few versions selling at the moment as healthy eating and drinking has become trendy.

We was set the task of re-branding Gaia’s Organic Kombucha which is being marketed in a similar way to wines at the moment. The brief was to produce a shrink sleeve, label and packaging box for one design preferably using a link to the Chinese origins.

The first thing to do was brainstorm! All of the typical chinese associations were there… dragons, rice, chopsticks, blossom etc I wanted to do something different – something Chinese but not immediately obvious.

The 2 designs needed to be completely different, and I chose Tigers and Song Birds.

I don’t have many images of my tiger idea, just a few scans and I don’t really like it… it’s not turned out how I wanted it to be… 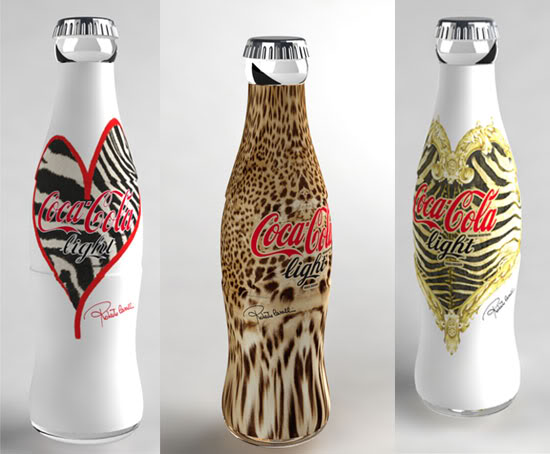 It looks a bit like the middle bottle here ( by Roberto Cavali), like a tacky tiger print 🙁

I have used a tiger rug style print, instead of the cliche tiger pattern, so showing more of the shape of the tiger. I really like the pattern that the tiger spine creates… 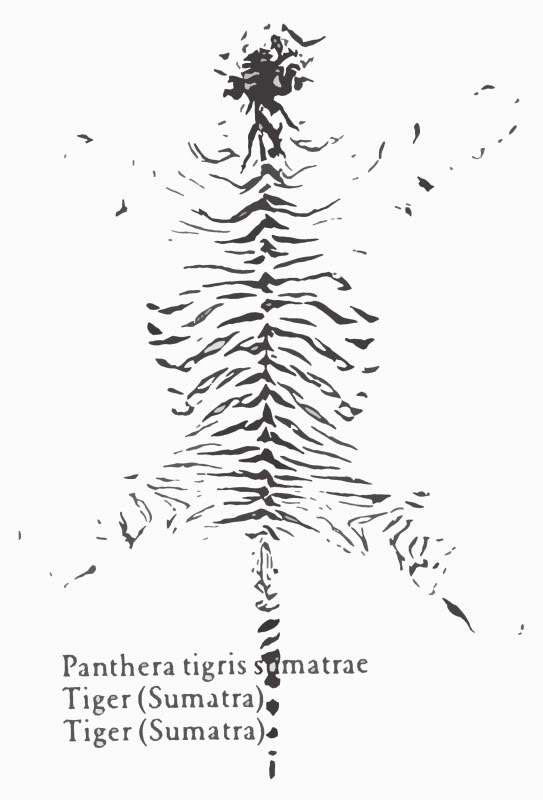 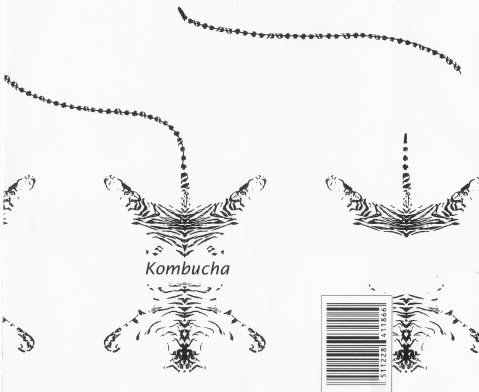 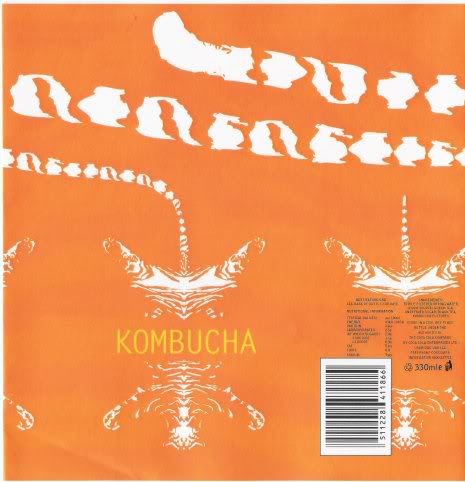 Yeah, I know its orange and a bit tacky. It’s not really how I wanted it to turn out at all, I had a classy tiger image in my head! 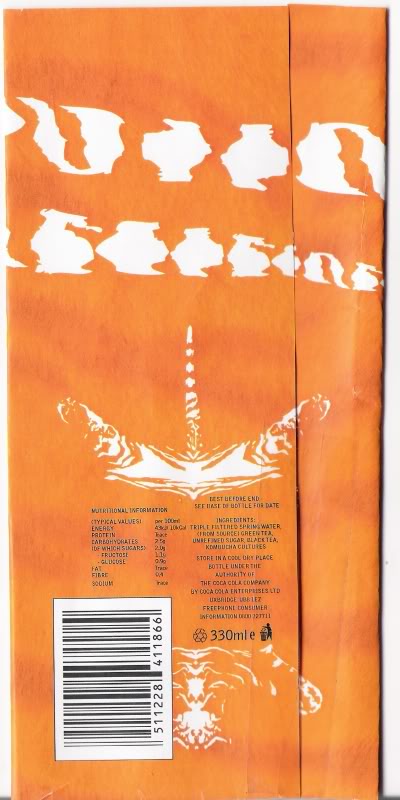 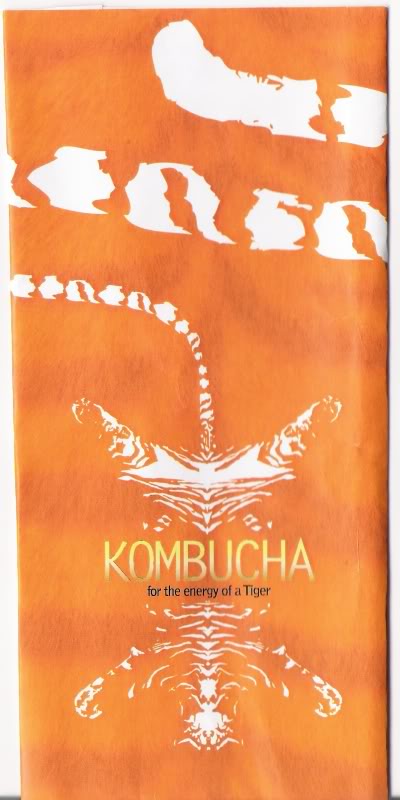 But anyway… the second design.

I chose to look at the song birds kept in cages at markets across China (Yuen Po market etc) and originally wanted to do a bird cage design but I decided it would be too hard to do and get perfect. So I looked at song birds, most of which are kept in really horrible conditions 🙁

I found this picture of some bird ornaments and liked the style, so vectorised them on Illustrator.

Obviously they are a lot more detailed than this, so I grouped the sections of colours to create simpler shapes.
I wanted to do something different with the birds, other than have them sit on a branch like the norm, so I looked at creating a pattern with them. At first I created some repetitive and boring square patterns with rows of birds of the same colour. I didn’t think this was interesting enough. So then I thought about other patterns and came up with kaleidoscopes! 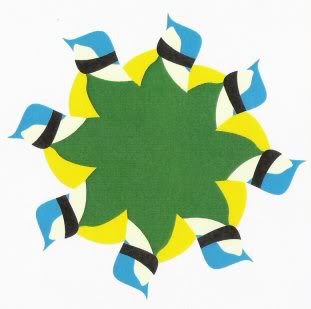 I first worked with using the same bird… 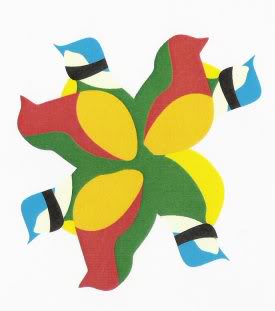 … and then started adding other birds into the pattern. 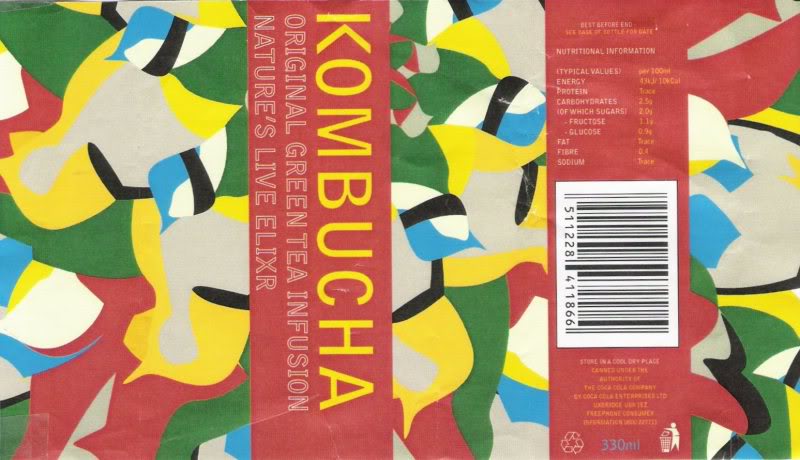 I used strips to contain the text and information, but thought that this was too square for such a round pattern! 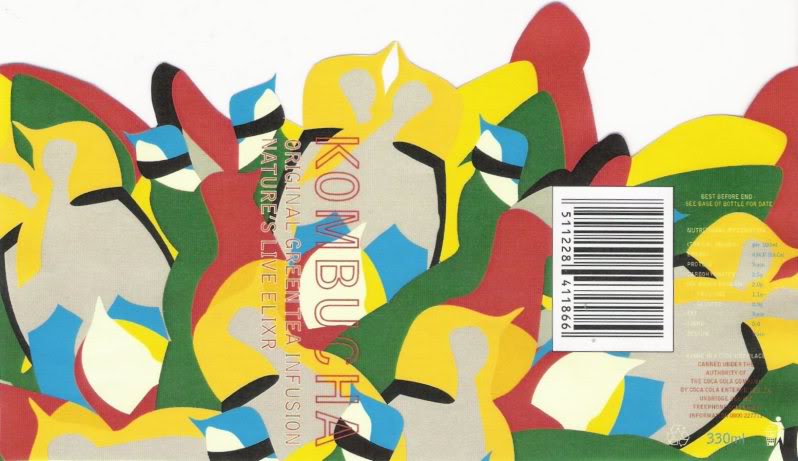 … and decided this was a lot more interesting than a boring straight edged label!
Someone pointed out that part of the pattern looked a bit weird/rude… so I changed it!

Ok, so I had the main of my design, but something still wasn’t quite right – the colours! It was looking a bit primary school up until this point, right? My tutor suggested adding a layer of colour to keep the different tones, but make it less garish. I tested a range of colours… pink, khaki, black, red, purple… but the ones that stood out the best in my opinion were: 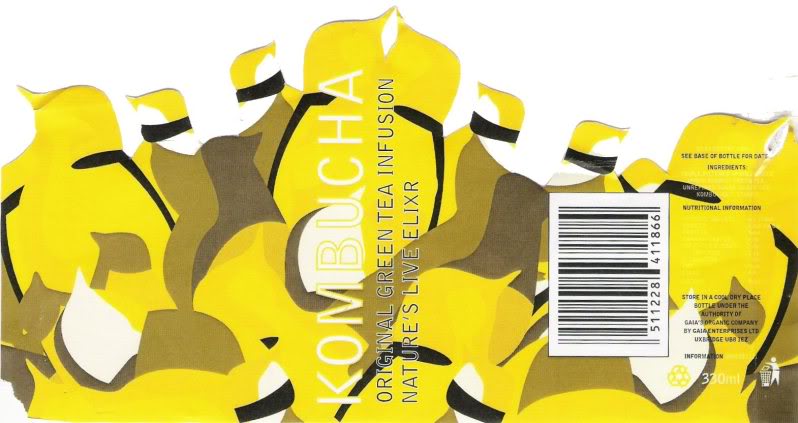 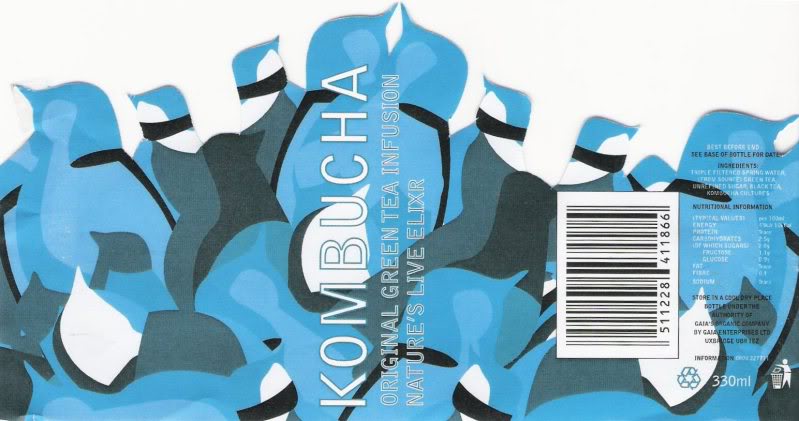 I printed all of these out and tested them on the brown bottle which I would be using for the final thing. I decided that the yellow worked the best, and would stand out on a shelf!

So yellow it was! I did some final tweets, I mean tweaks, to the design – changed the colour of the text outline to dark brown and edited some of the pattern near the information to make it easier to read… 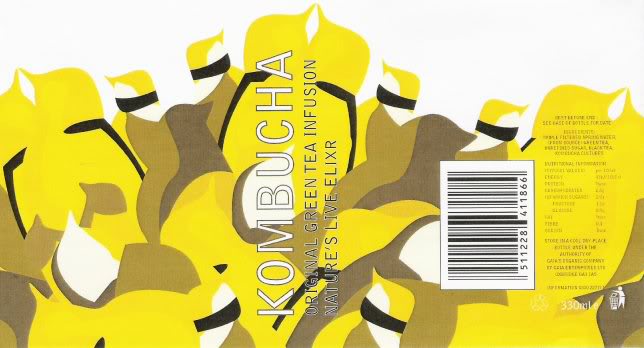 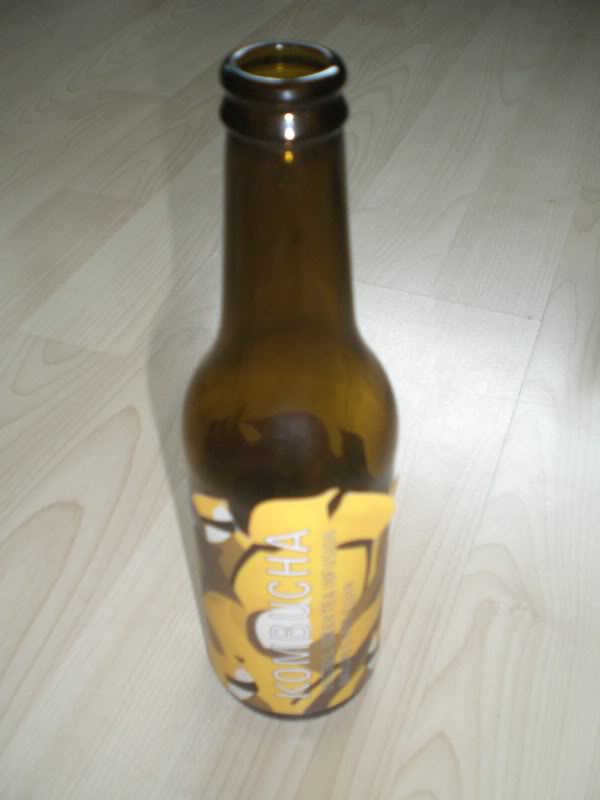 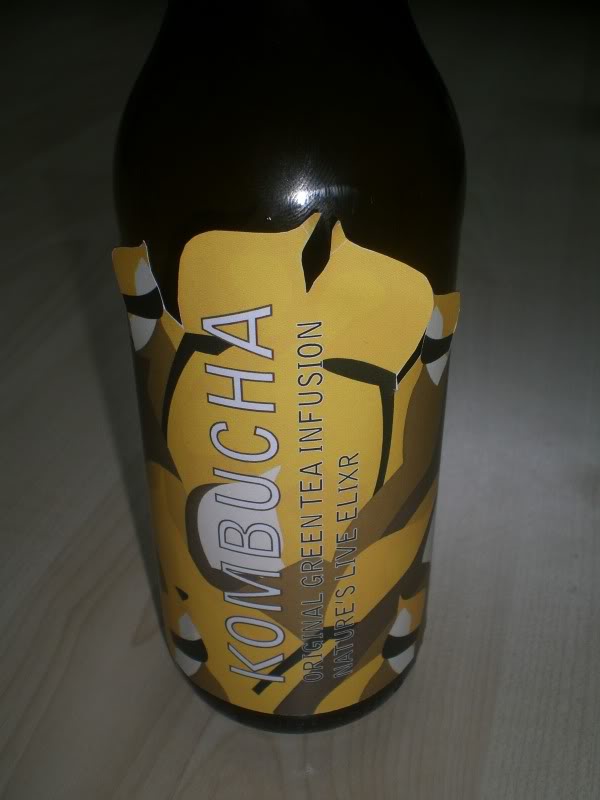 I know that picture is out of focus, but it shows the back of the label through the bottle… can you see it – the bird heads?
See what I mean, it’s quite striking! 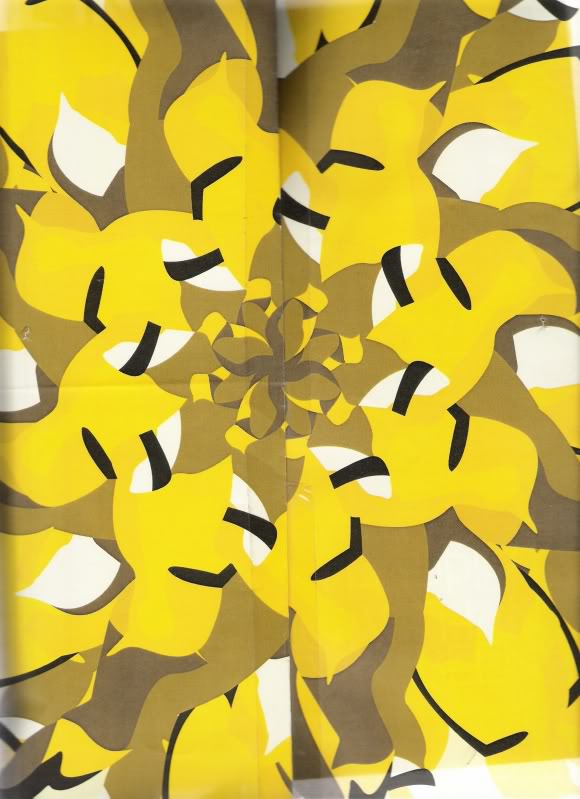 So then I looked at kaleidoscopes again… and decided that I wanted to have this as part of my packaging.

So I sat on lovely package and thedieline for a little while, flicking through packaging boxes etc 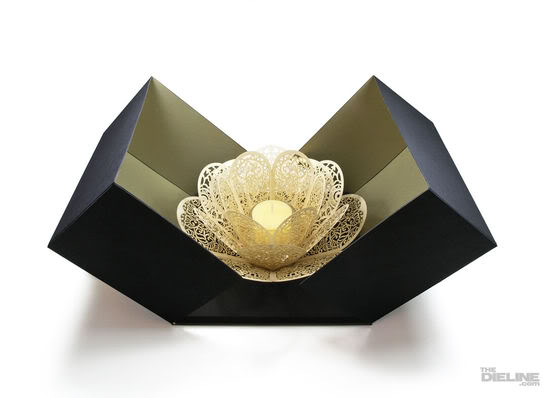 I liked the style of this box, in that it reveals the object as the centre piece. I also like the Bombay Sapphire box, which uses a similar idea – kind of banana-like because you are peeling away the oustide to reveal the middle, right?

I then remembered a box style that my friend Sophie had used last year for her Improbable product project. Her version tied together with a ribbon, like a drawstring but I wanted something simpler than that so opted for a ‘belly band’ 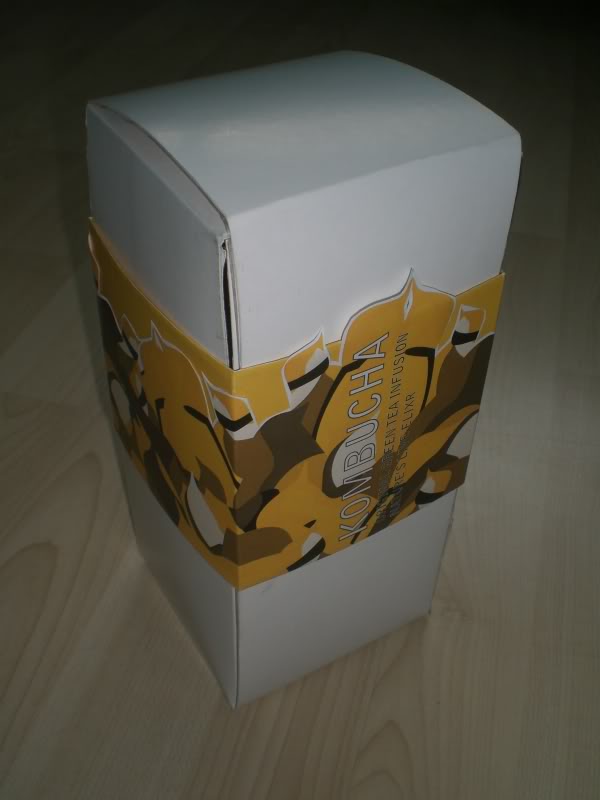 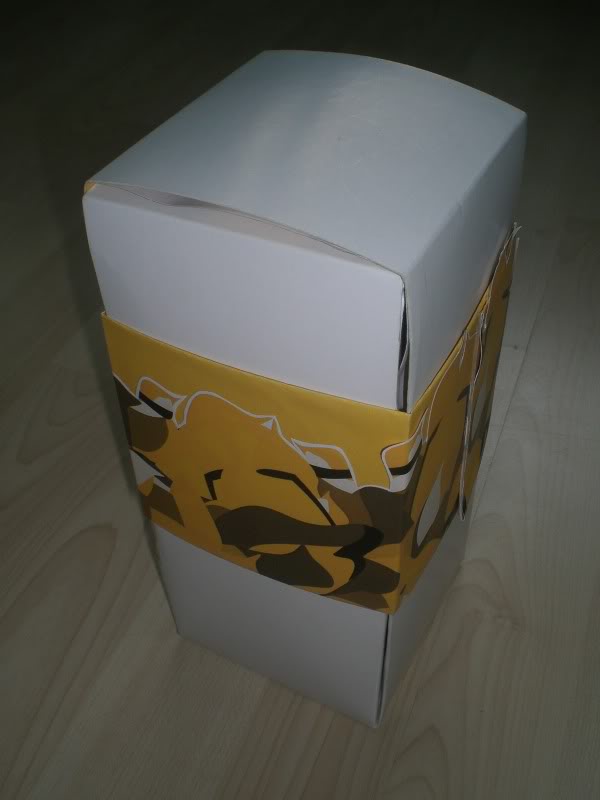 I kept the outside plain white to balance with the busy pattern of the inside. 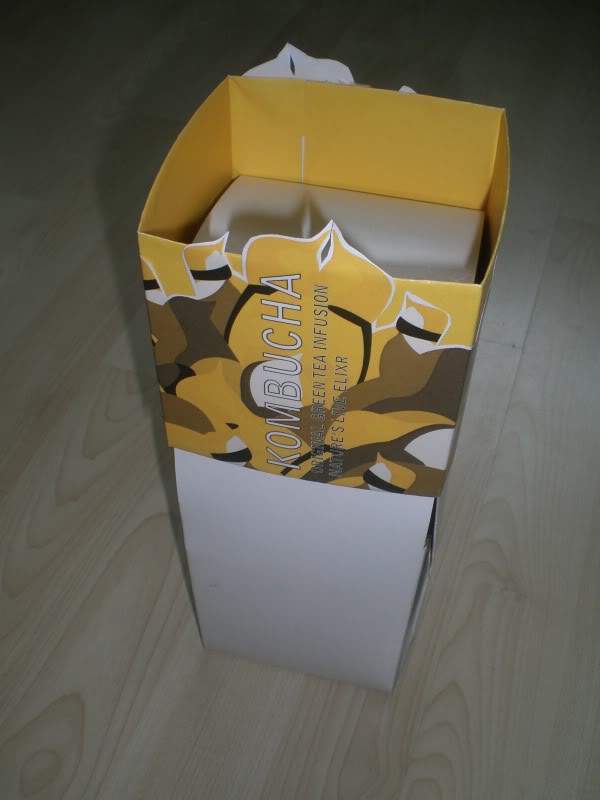 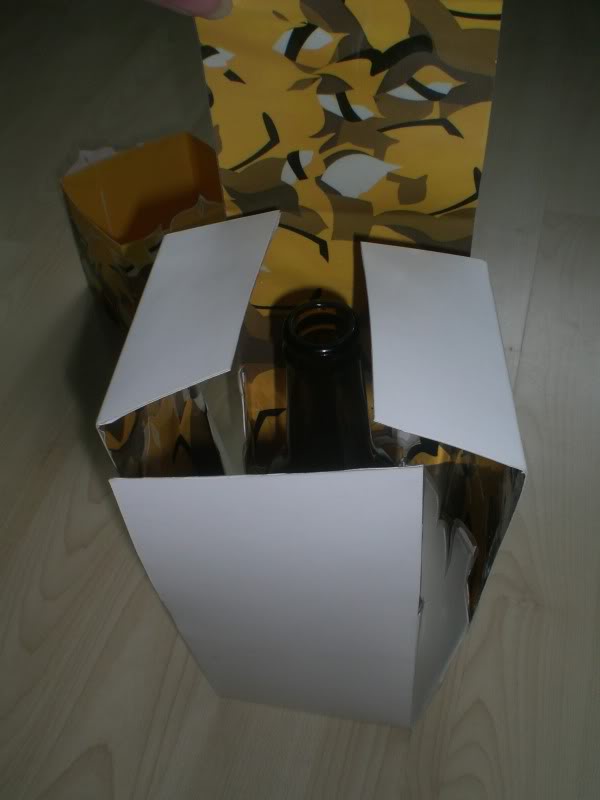 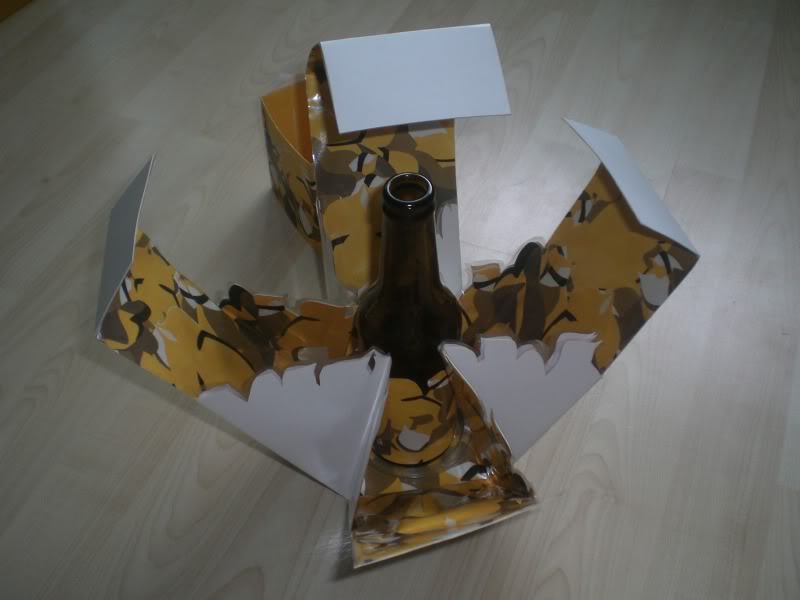 I placed the kaleidoscope bird pattern in the middle of the box, and then cut out the birds from the flaps so that they weren’t just boring and rounded. I had to cover the inside (and part of the outside) in sticky back plastic to help them stick to the box, because I glued it all together and then folded it  and it all came unstuck! 🙁 so that’s why it is shiny! I then extended the pattern onto the sides of the box, trying to make the pattern as seamless as possible. 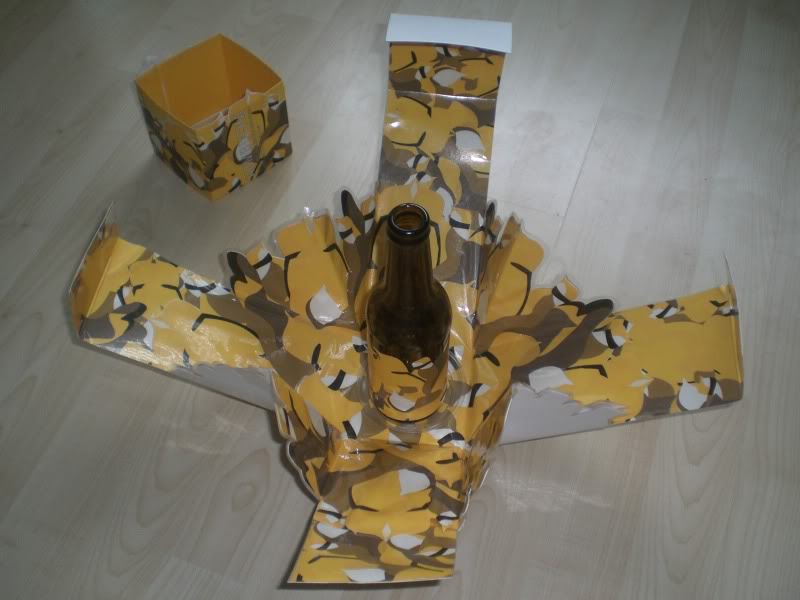 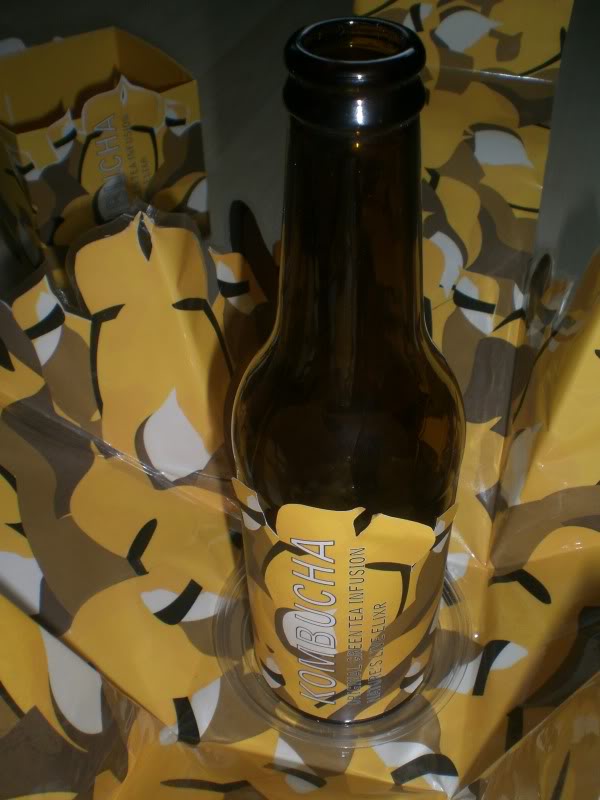 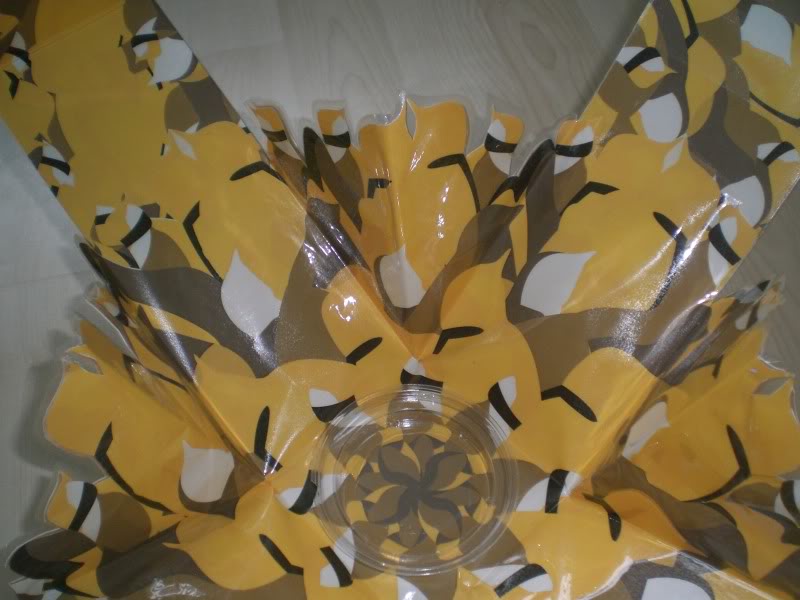 I also glue gunned a plastic tray ( a lid from a desert at work – thanks Mr Smith) into the bottom to hold the bottle in place.

So obviously my box isn’t AMAZING quality – I don’t have machines to cut, print and fold everything perfectly! My box net was A1 paper size, and I couldn’t print the design onto card because we don’t have the technology to do that at college so I had to make do with sticking everything together using glue sticks! And it made it harder because of the cut out details, but I think I did the best job I could have with the tools available!

Do you like it? Do you hate it? Does it remind you of anything?