I just remembered, I haven’t blogged about my Magazine Design project…. at all! Oh dear!
This project was handed in before half term (nearly 3 weeks ago) but I somehow managed to forget about it!

We had to learn how to use InDesign – not too hard but just weird because its completely different to Illustrator and Photoshop!

Magazine layouts actually have a lot more to them then meets the eye; alignments, space balancing, text size, image layouts, layout features… they all need to work together. You don’t really notice the fine details until you really look at them – not something that happens when you have 5 mins spare and sit down with heat magazine to read about Jordan’s lunch menu or whatever is SO pressing this week!

We were briefed to create a magazine with a specialist audience – 2 covers and 1 double page spread.

After brainstorming a few ideas (Big knicker wearers, Geek dating, Crazy cat ladys, Hairy men) I came up with the idea of biscuit dunkers. It’s a controversial subject – dunk or not to dunk, that is the question? I’m a dunker!

Anyway so I chose biscuit dunking as my magazine specialism, and named it Dunk – simple but straight to the point! Then I thought about possible cover stories and images…

After some research into dunking I came across some articles that talked about biscuit related accidents – haha crazy, I know. So one of my first ideas was to create a biscuit themed version of some health and safety signs…. 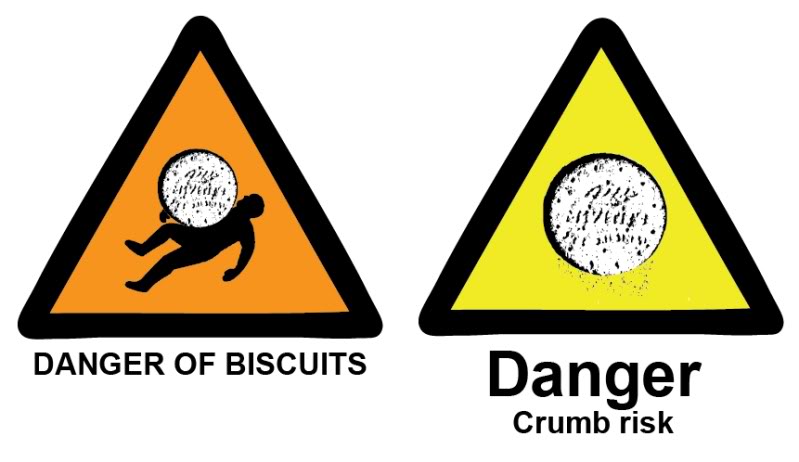 … biscuit awards! Something that I could easily get images for!

I arranged a lot of biscuits (stale ones kindly donated by Kirsty) into piles to give some depth to the photos instead of them just being some biscuits laid out on a table.

I then edited a table cloth and doily underneath the biscuits… 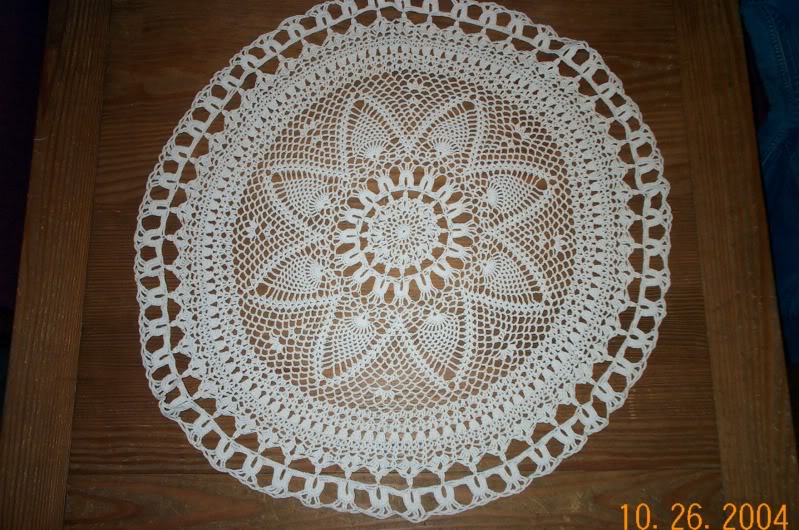 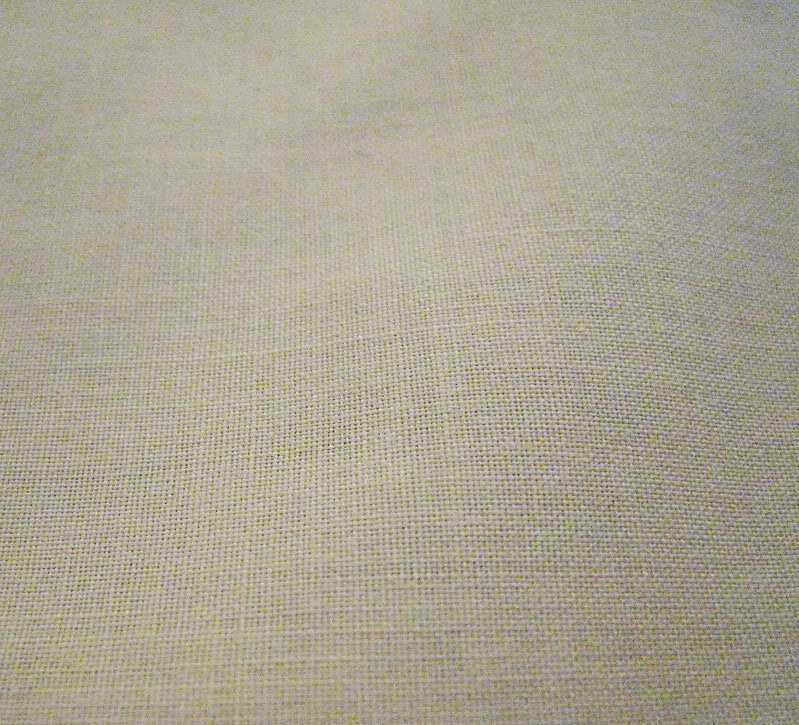 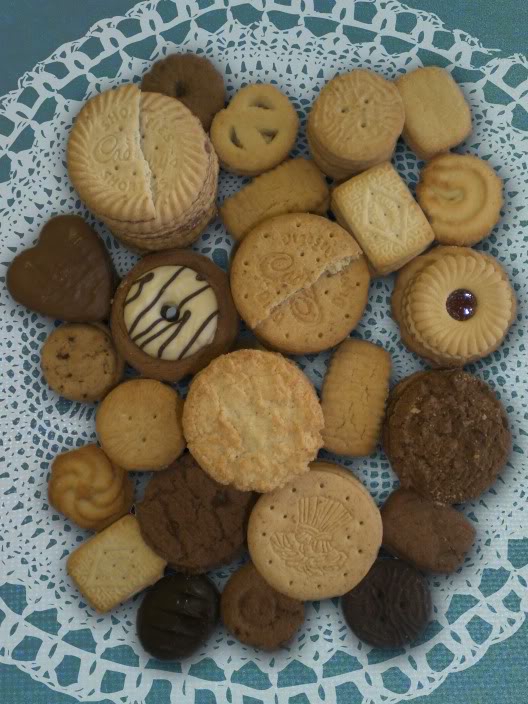 Voila! I added some drop shadow to the biscuits and hey presto… a pile of biscuits!

Then I applied it to the front cover… 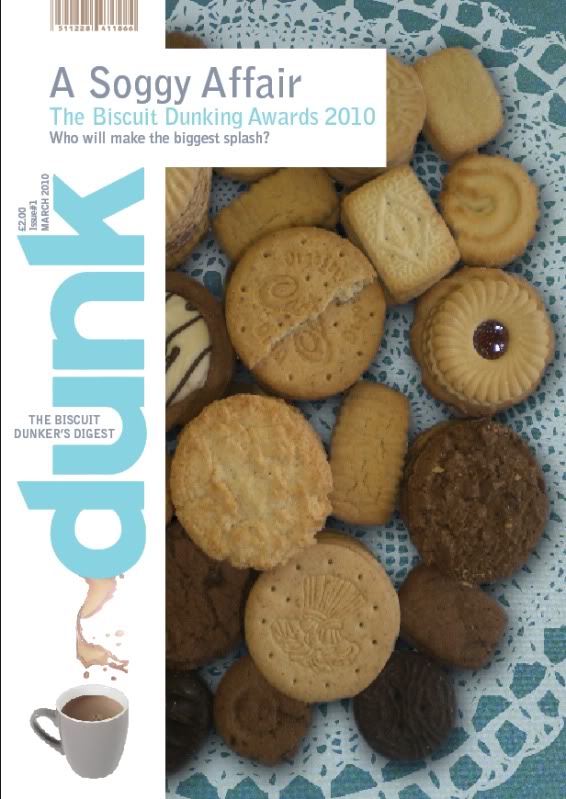 I went for a modern style, using white blocks and sans serif fonts because I didn’t want my magazine to be like what would be expected – cursive fonts, curls and flowers etc

For the second cover I had read an article about a Tearoom that was AGAINST dunking and thought it would be a good article subject..

So I borrowed my Nan’s best teaset (she was very excited about her teaset being on the cover of a magazine – I tried to explain that it wasn’t a real magazine but nevermind!), table cloth and net curtain and set up a tearoom in my conservatory. 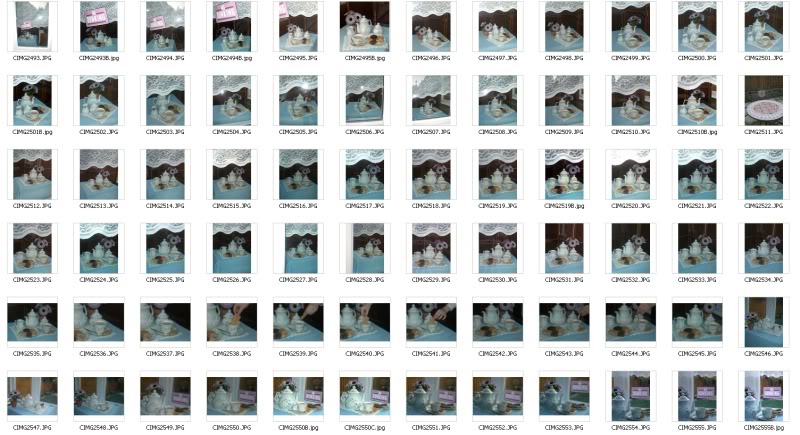 With a little editing, I had an image I was quite happy with… 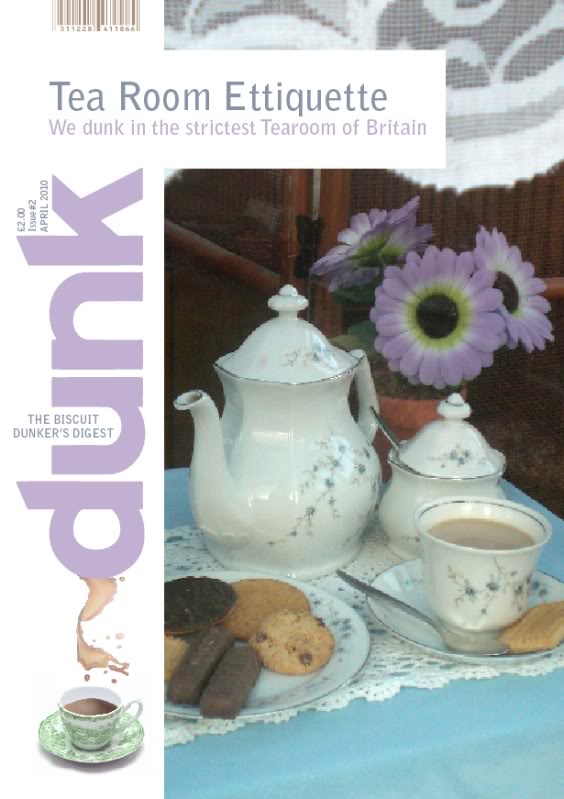 I used the same layout for consistency and to create a strong look and identity for my magazine. 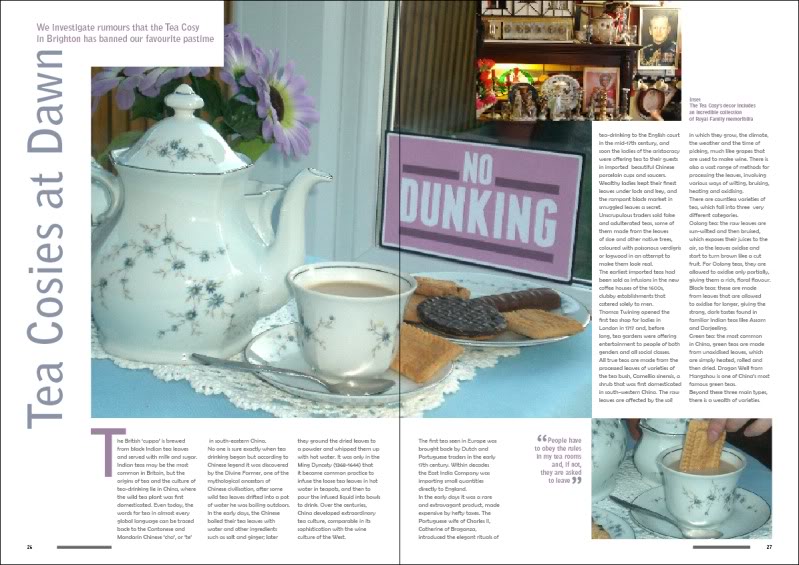 And here is the final double page spread!

I chose to continue with the anti-Tearoom theme, using more images from the photoshoot.

So what do you think?

I got a Distinction for this project 🙂 So I’m happy with it, and have learnt a lot from it – always a bonus.