It was my first anniversary on the 14th (Saturday just passed) – one whole year!

I don’t see my boyfriend a lot because he works in Milton Keynes, but he came home so we could spend the whole weekend together. We planned a picnic on the beach, which is where we went in the early days and also for our 6 month-iversary on Valentines day! 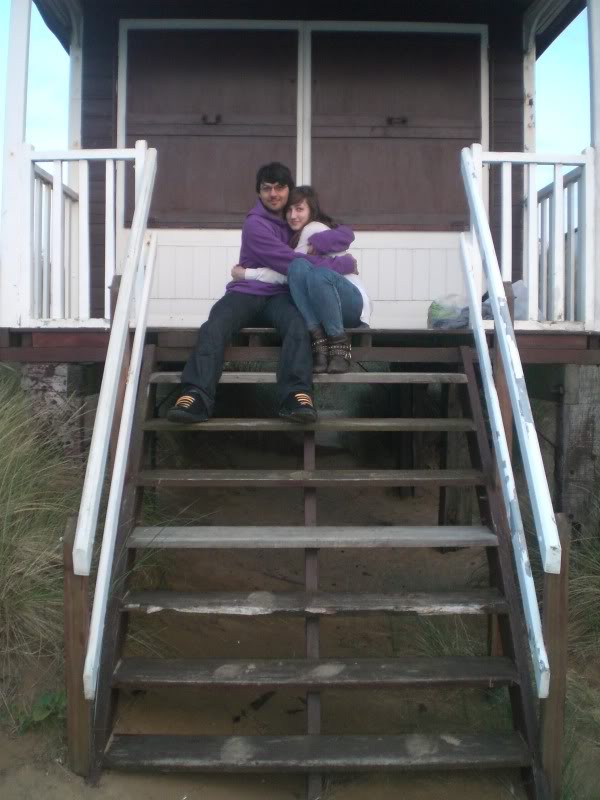 I prepared the picnic: Chicken and mayonnaise salad sandwiches, a giant chicken tikka samosa, crisps, his favourite drink – Dr Pepper and a cake, but more about that later!

I made him something sentinental – a book of memories from the year: I think he liked it /hope he wasn’t lying when he said he liked it! 🙂

I felt a bit bad when he gave me my presents – he spoilt me! He bought me a gift set of my favourite perfume (Paco Rabanne Black XS), a necklace and also 2 packets of Type Trumps. They are soooo cool! A traditional card game turned into a Typography battle – love it! Designed by Rick Banks at Face 37. Helvetica is ranked #1 of course! And bottom of the pile…. Above are my two favourite designs from the Type Trumps 2 pack. If you want to get your own trumps 🙂 then head over to the Face 37 website!

He also planned a surprise fireworks display on the beach which scared the life out of me when the first one went off! 🙂 After the fireworks we lit the candles on the anniversary cake: It was really windy so it actually took quite a while to get a shot where all the candles were lit!

So overall, it was a very lovely anniversary and deffinitely one I won’t forget! 🙂