I have shamefully only posted once this month due to being completely swamped under with Uni work, but I have 10 posts in draft at the moment so will be catching up now that I am finished for Christmas!

Due to the snow some of our lessons were cancelled, resulting in snow days… I mean time to do some extra work 🙂

They never fail to amaze/surprise/confuse us with the next crazy project set and this one is definitely up there!

We were challenged to bake a cake in pairs based on characteristics of cartoon characters. The options included Barbie, Dennis the Menace, the Little Mermaid and the Mad Hatter.

My partner, Bobbins, and I chose to replicate the Ugly sisters…. bitter, twisted and disgusting on the inside, whilst looking ‘lovely’ on the outside.

We chose to make the cake from a lot of coffee and the ‘buttercream’ from icing sugar, gravy, coffee and vinegar. Needless to say… it wasn’t the best smelling cake ever. 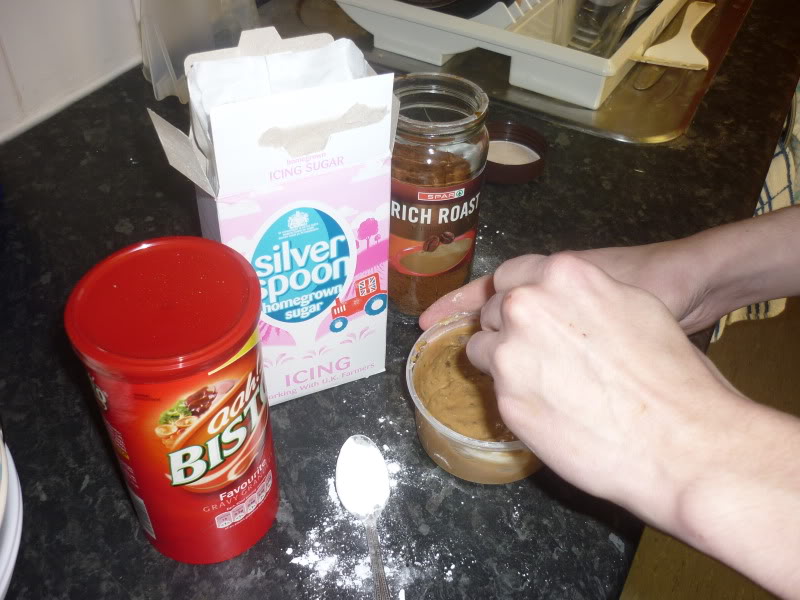 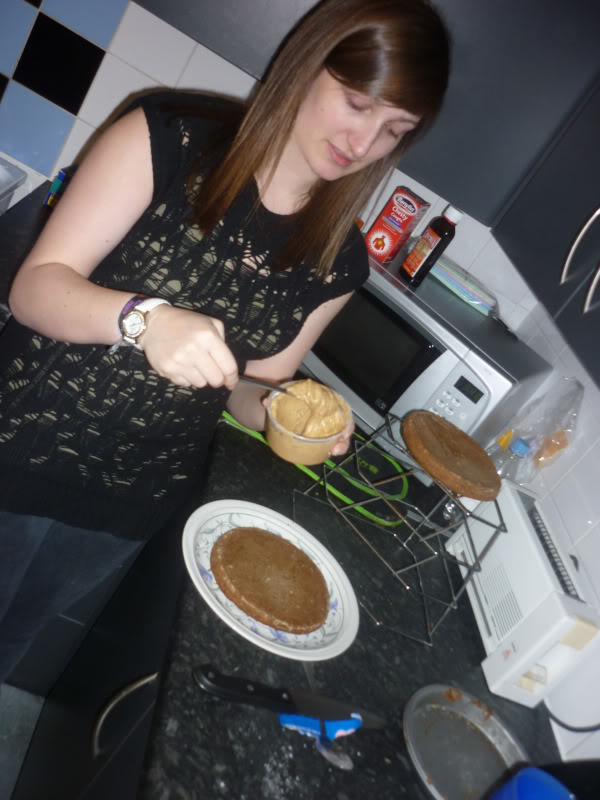 If I hadn’t told you, it looks like a pretty tasty chocolate cake right? 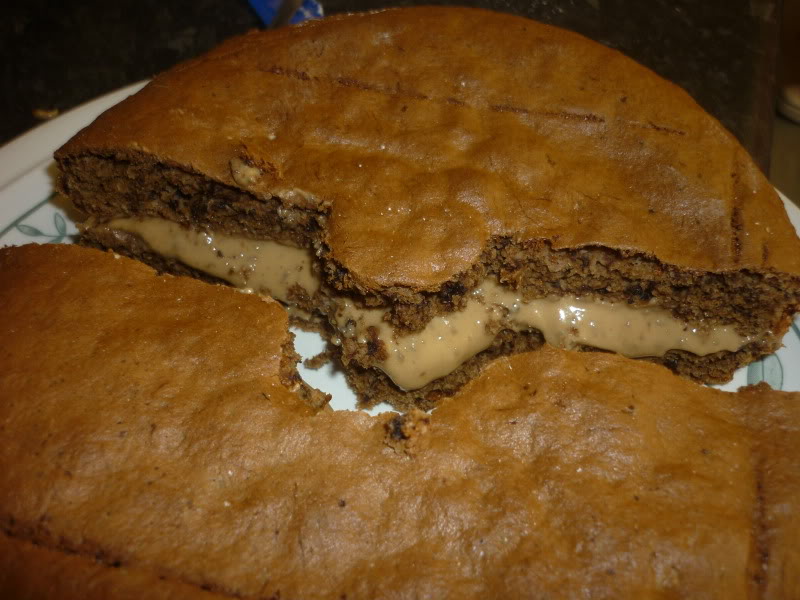 At the tasting only four people tested our cake! We had to score the cake on how well it represented the characteristics, but I don’t think people really ‘got’ our cake 🙁

Above, Yasmin cuts the first slice! 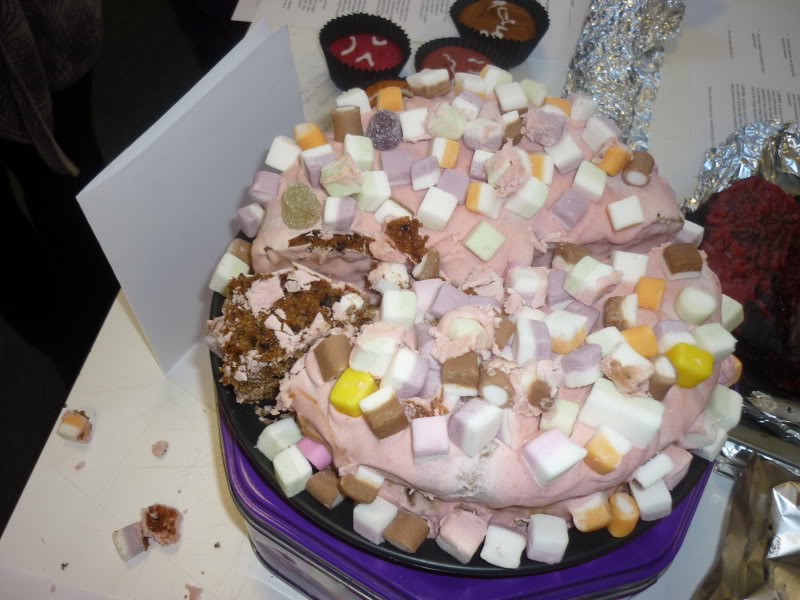