Warning: This is going to be a long post with a lot of amazing Graphic Design – get a coffee, sit comfortably and be inspired! 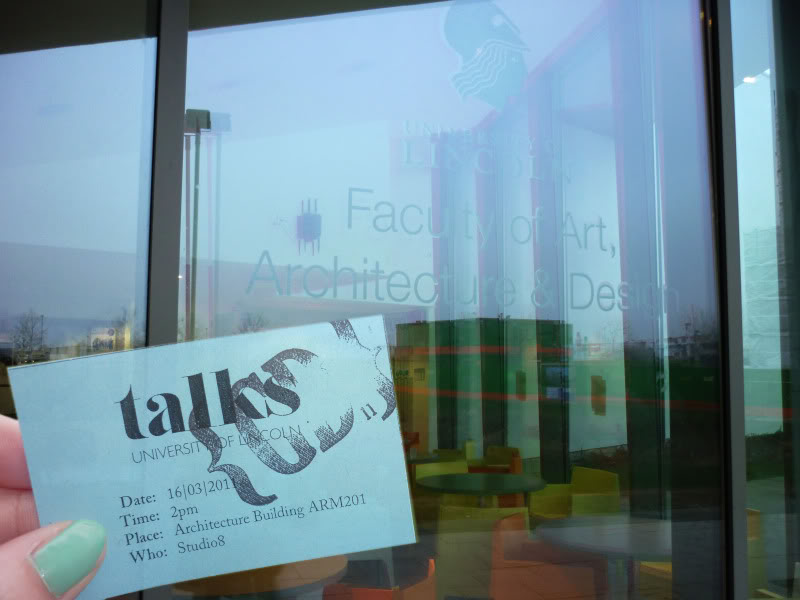 Studio 8 came to visit us Lincoln Students on Wednesday! It was held in ‘our’ Faculty building(Art, Architecture & Design), but I think I’ve only been in there once on an open day so it was a new experience! What a maze! Anyway, back to the important part…

Studio 8 are a small, Graphic Design company based in London with a big passion. You know all the sayings about size doesn’t matter etc(wink wink)? Well this is one of those times it’s true – there is so much creativity and talent in the small group of 4 designers at studio 8! Zoë Bather came to talk to us, bringing along Steve Fenn who graduated from LSAD in 2009 and has been working at Studio 8 for 18 months now! Quite scarily/ interestingly, Zoë started off explaining that roughly 95% of the work Studio 8 has undertaken has been through contacts. Networking – this is something I need to work on. Obviously I’m still only a first year now, but soon to be a 2nd year and I’m sure that will fly by too!

Onto the design, Studio 8 are ‘best known’ for magazine & brochure design and they do a really good job! I love their creativity with typography – I think that is something they really have down to a T in terms of control but at the same time with experimentation! Really, there was so much I loved I have had to heavily edit it down, so here are my favourite bits and bobs:
RA Magazine has hands that grab! 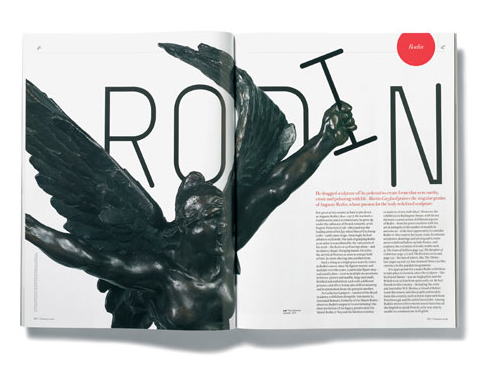 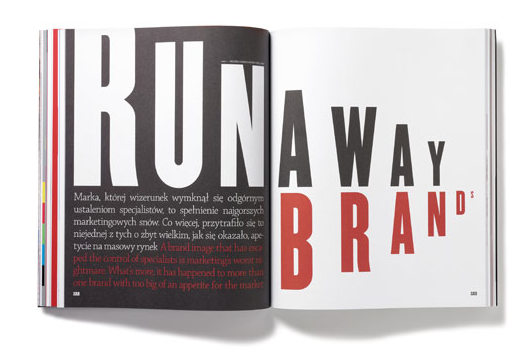 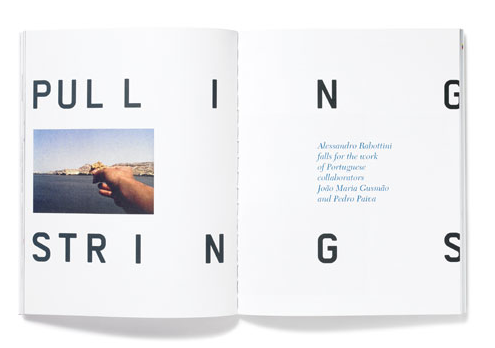 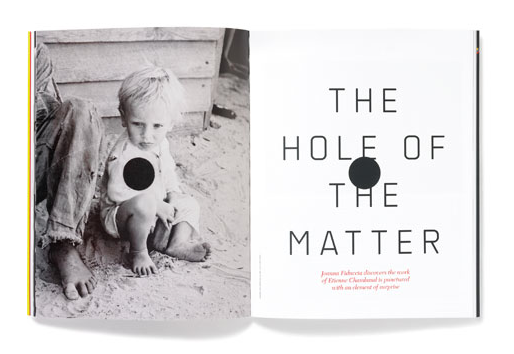 Graphic Magazine issues … I love the idea of the customisable cover! When this was shown on screen I didn’t really like it but then I saw the acetate part and now quite keen on the idea! I don’t know how I would get on customising my front page – I would have to plan it out incase I ruined it, that’s for sure!

I’m getting more into sketchbooks and I’ve been trying to be more daring – I do have a problem with making a mark on a page because I’m too cautious to whether it will be perfect or not! The whole point of a sketchbook is for it to be rough, I know! But I can’t help myself when it comes to trying to keep it neat and structured! This contents page makes me smile… 🙂 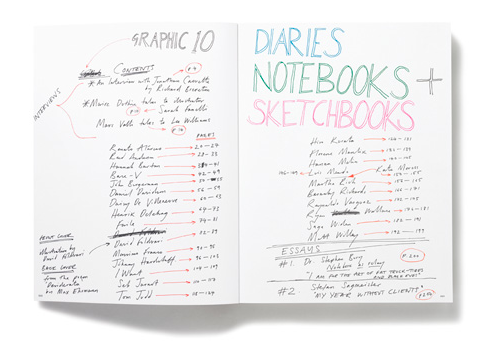 I made a quick doodle of this next spread when it came on screen 🙂 So innovative – I never would have thought of this in a million years… eeek! Love it! 🙂 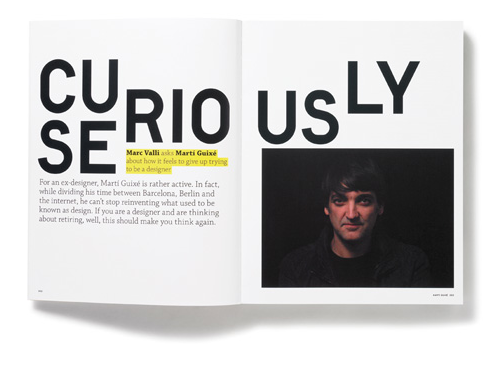 Oh and I’ve saved my fave until last! Plastique Fashion Magazine! Not just because it’s spelt similarly to Graphique Fantastique, but because the style is just so interesting, engaging, edgy and typographically beautiful.

Above is a mixture of the 4 issues they designed – Plastique is one of those magazines I would buy and never read – it’s too nice to read, so I’ll  just ogle over the design! Zoë said that Plastique and fashion etc isn’t Studio 8’s thing at all, but they still did an amazing job of it in my opinion (Something which all Graphic Design students can definitely learn from; There are projects you don’t like, but you need to try your best regardless)!

Fedrigoni Paper 2010 Calender – Regular readers will know I’m a bit of a softie for paper & cut outs etc so when I saw this I actually said ‘Oooooh’ out loud! 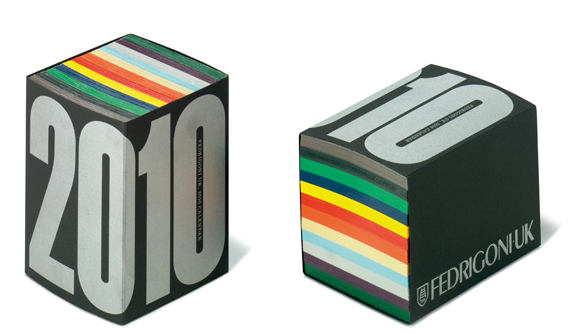 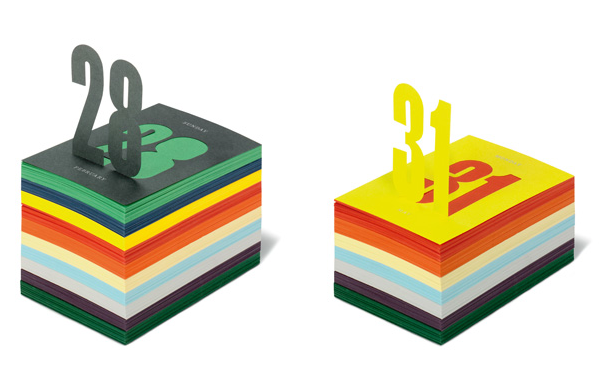 For people who don’t know, Fedrigoni is a paper sample company so this idea is just perfect & genius here! Memorable and something I would definitely keep on my desk, but I don’t know how I would feel about throwing away the old pages…? Haha

Circus Space Annual Report – I like how the colour scheme is quite unexpected – it’s not a cliché circus palette! My favourite part of this design is where the ‘R’ has been suspended – just a nice, quirky touch I thought? 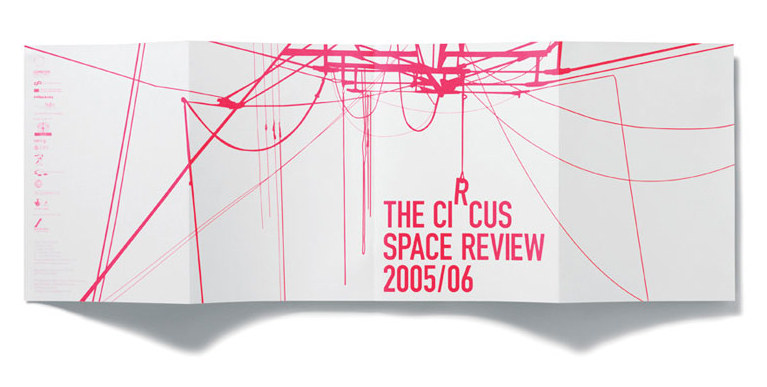 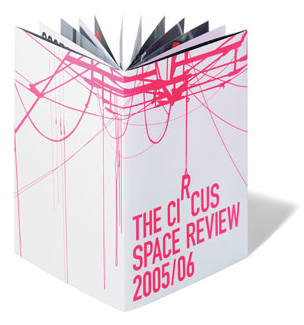 D&AD Design Awards  Gala 2010 – I’m such a sucker for Yellow pencils! In class I’ve been the girl obsessed with Yellow Pencils since we introduced ourselves way back in October – But I wouldn’t change it! Although Zoë said that the catchphrase ‘But is it a pencil?’ was supposed to be a jokey comment about how people design work with the aim of just getting a pencil/award, I can see myself saying it in the future. I think it’s good that the design industry can joke about itself because when it starts to get too serious then all the fun is gone? 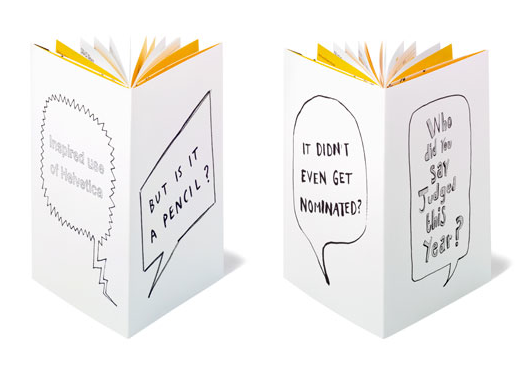 Thankyou to Studio 8 because I really enjoyed the talk, my favourite so far! I found Studio 8 to be really inspiring, not just because of their work but from their story too! I really want to be successful in my career, and it’s just nice to hear real stories to reassure me that it CAN happen.

In the Q&A section Zoë and Steve’s advice was to ‘Take Opportunities and say yes to everything’ and also that ‘you can’t rely on Wikipedia!’ – well, I already knew about Wiki but that is a chance I think every student takes haha In terms of taking opportunities, I need them first! I have heard the beginnings of a summer project about meeting up with a designer to chat & show your portfolio to so I might be able to tick a box there… who knows?

But for now I need to complete the year, always with the same question – ‘But is it a pencil?’ in the back of my mind!

Other Lincoln-ers, what did you think to Studio 8? What were your favourite pieces of work? Or anyone reading this and learning about Studio 8 for the first time… check out their website and get back to me 🙂

I’m following these guys on twitter now so I can keep an eye on what they’re up to & you can too! I’m pretty sure I will be featuring more of their work at some point! Let’s face it, it’s pencil worthy! 🙂