I find that living at University is sometimes a bit like being in a bubble with no TV and no newspapers. When my mum comes to visit I usually get her to update me on world affairs – that’s quite bad when I could just check the news online, isn’t it? Well I had just started getting into the habit of checking the news when the disaster in Japan occurred.

Even with the advances in technology today, the one thing we don’t really have control over is the weather. However, technology redeems itself when it comes to communication; I am the other side of the world, but I can learn about what’s going on and donate money to send help and support to the people of Japan. Earthquakes and Tsunamis are devastating in any part of the world, but for me it really puts things into perspective when a nation like Japan, so advanced in technology and living conditions is impacted so badly. We think that we are protected against floods and such but in reality, nature is an unstoppable force.

A group of students on my course decided to design posters in support of Japan. I had already seen some on twitter and design websites, most with the  common feature of Japan’s symbol (a red circle). 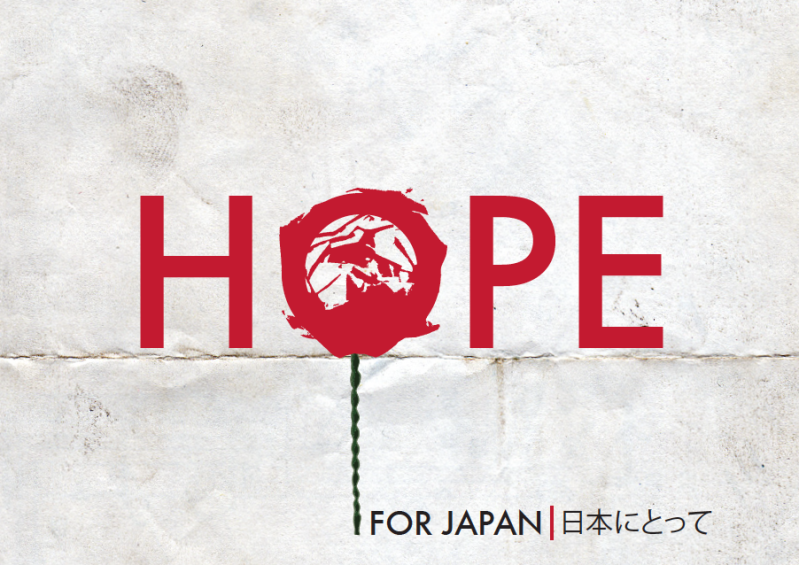 I designed this, using the O as Japan’s symbol but also as a flower and symbol for hope.

The posters are available to buy from here. The idea is that you are donating to help Japan, but also get a piece of design too to show your support and as a memento.

Yesterday the group came together for a photo, so we could be featured in the local newspaper(hopefully): 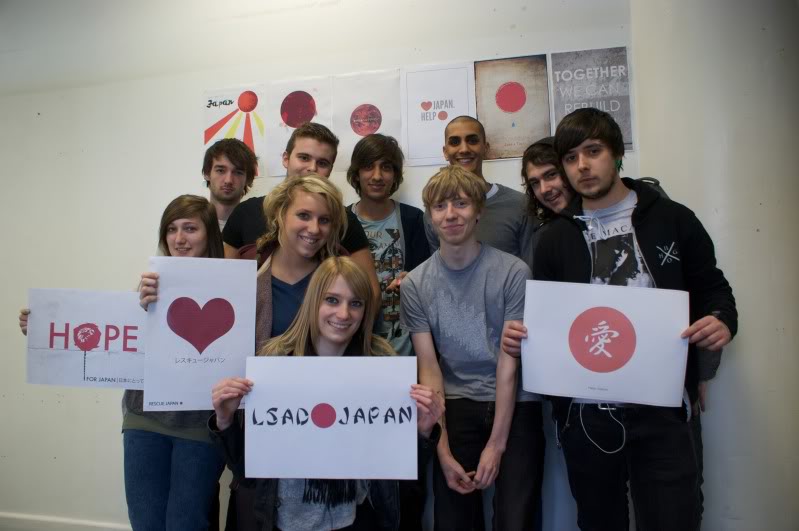 The boys get snap happy with the posters… 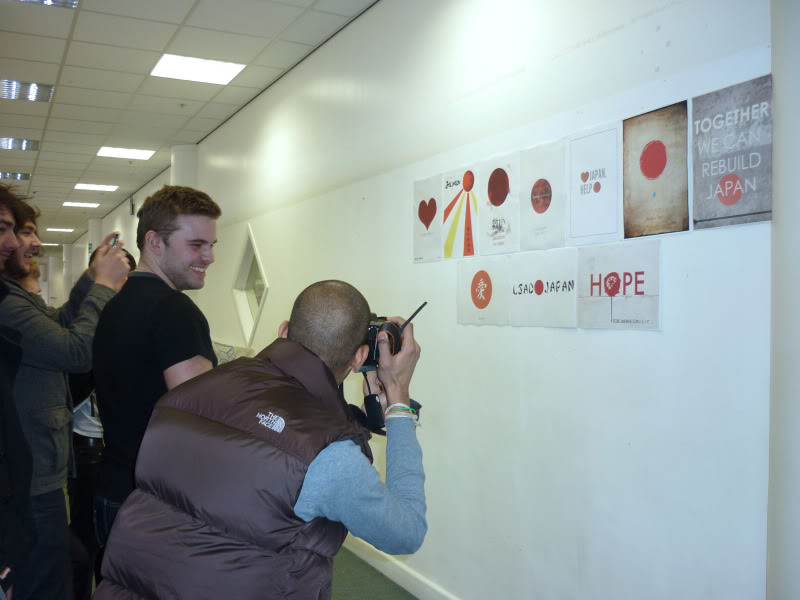 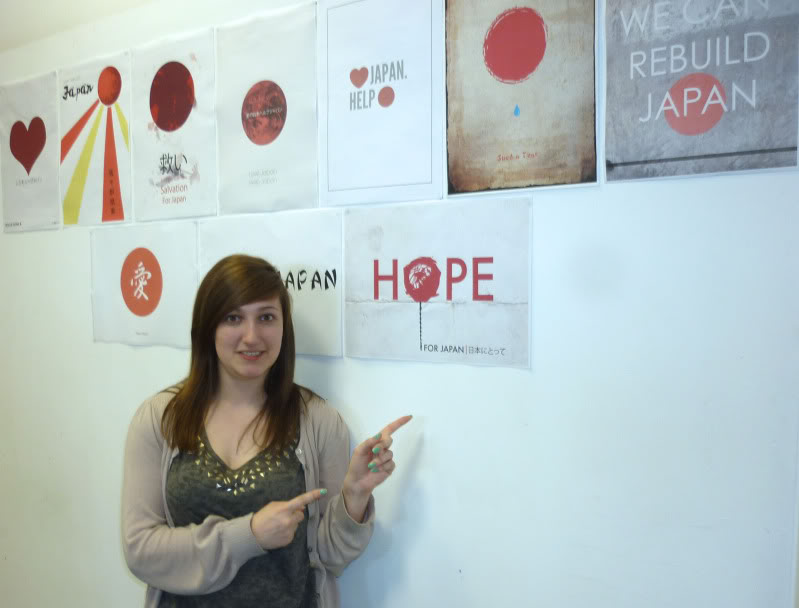 We put them on the studio wall to take the photo but I think they are being left there so people can look at them and remember Japan in this awful time.

I know it’s the recession and all, but please help Japan by either purchasing one of our posters(whoever’s takes your fancy) OR just simply donating… every little helps!