It’s been a long while since I last blogged, the longest I think I have gone without posting since I started blogging actually! My excuse? I was mega busy with Uni work until the 14th, finishing off the last two units of first year and then preparing all of my work for digital submission – it took 15 hours to organise! Then next day I jetted off to Tenerife to catch the Island Escape cruise ship for some sun, sea and sangria(most of the canary islands’ first language is spanish)! I was quite happy to say Hello to a holiday!

I had been on a cruise in 2009 and despite the stereotype of cruises being for oldies, I really enjoyed myself! I didn’t enjoy myself as much this time, but I can’t complain – a holiday is a holiday! 🙂 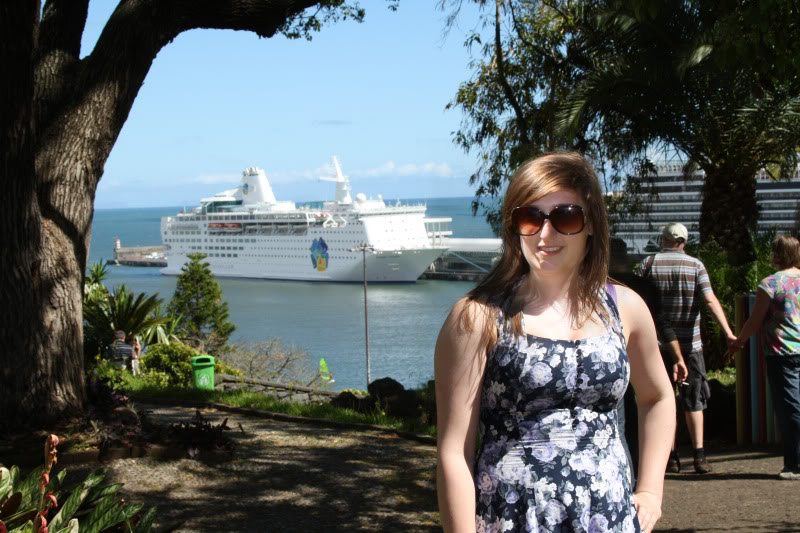 There’s the Island Escape ship behind me! It’s tiny compared to the Cunard ship, Queen Elizabeth that was docked next to us in Madeira!

The weather was gorgeous most of the week, although I was quite disappointed to hear that it was actually really nice weather back home – just typical! 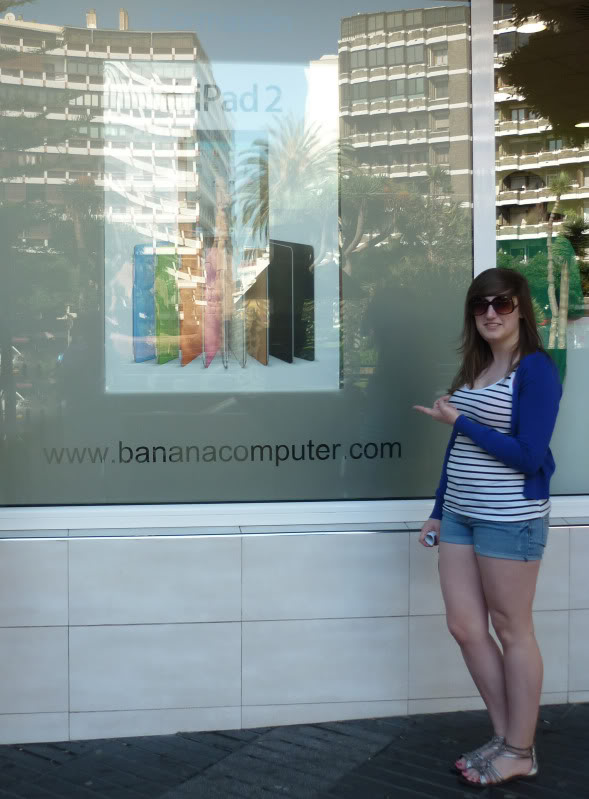 I walked past this shop in La Palma called Banana Computers, which ironically had Apple’s Ipad 2 in the window! Made me giggle a bit 🙂 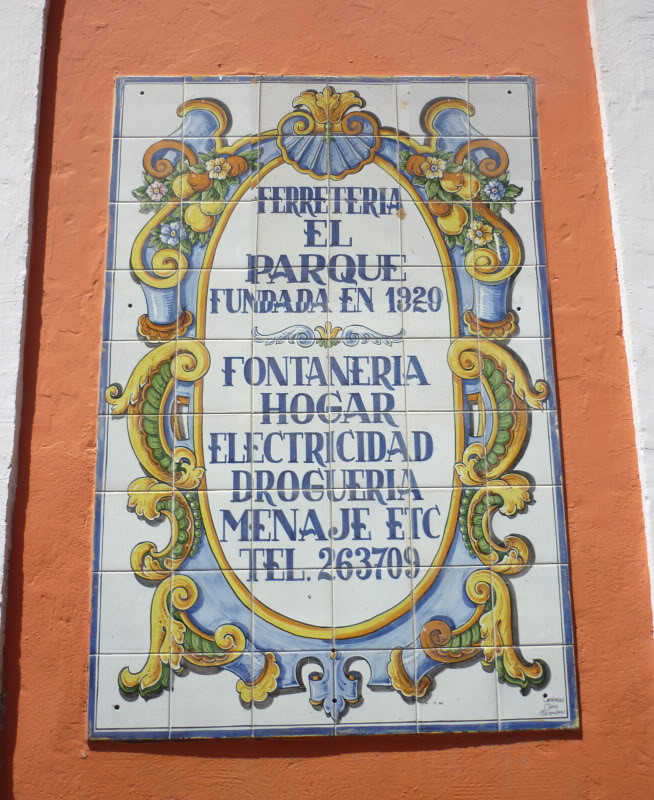 Also in La Palma I found this beautiful, hand painted tile sign. There were quite a few of these around in a flower market in Madeira aswell, but a lot more detailed & illustrative.

Back on the ship I got my sketchbook out. I hadn’t sketched for a while so felt a bit rusty. I really need to pick this up a bit more over the summer… 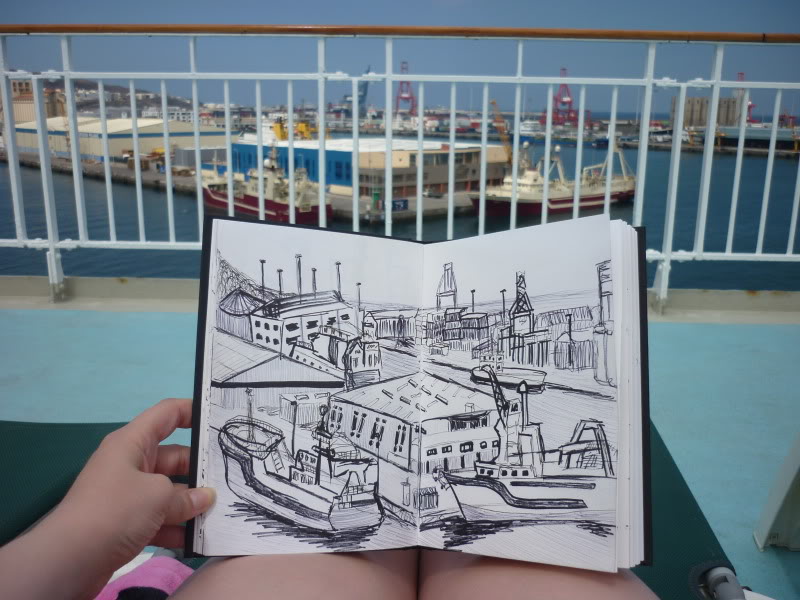 As the ship docks in the port area, it wasn’t exactly the prettiest of views but still quite interesting.

When we docked in Madeira’s Funchal, the walk into the town was made a bit more interesting due to graffiti art lining the dock walls. I thought it was a great idea; quirky, colourful and a lasting record of the ships that have visited the port. 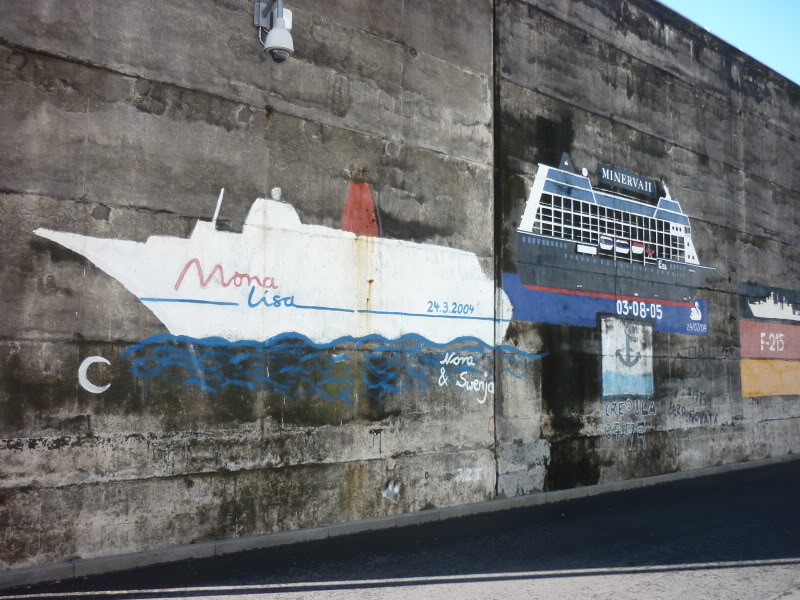 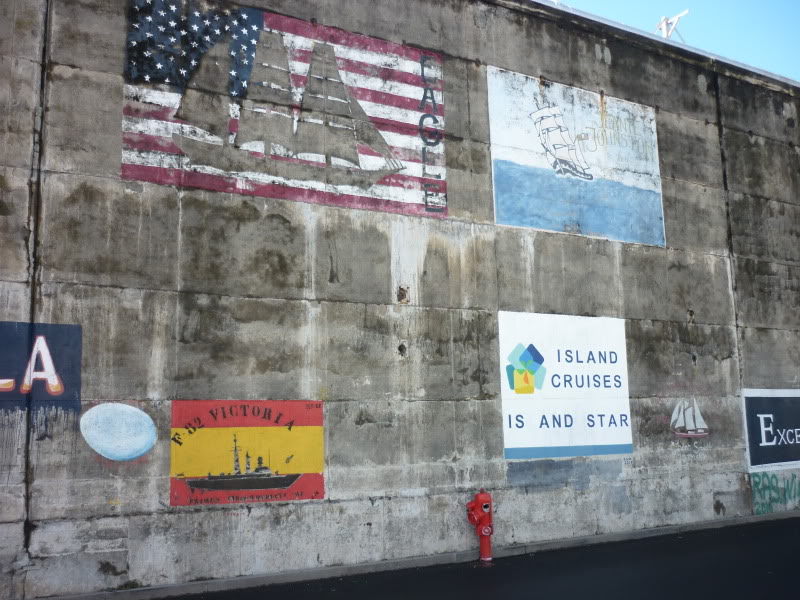 This was my favourite ‘Graphic Design’ of my trip. I’m not really a fan of the typography and branding(or lack of) in the Canaries. The culture is quite different to England, including the approach to Graphic Design. I would describe it  as Word Art-esque and cringeworthy! I understand that it’s purpose is to grab attention of tourists, not to please Graphic Designers so I tried my best to ignore it but I reckon my sister was probably fed up of me moaning about the use of Comic Sans and Mistral… nevermind! 🙂

After hunting for a postbox, I sent a postcard to Jack and photographed me posting it as proof – the post is proving to be a bit unreliable recently! He received it before he saw me Saturday afternoon – I’m impressed! That’s quicker than if I had sent it from England! 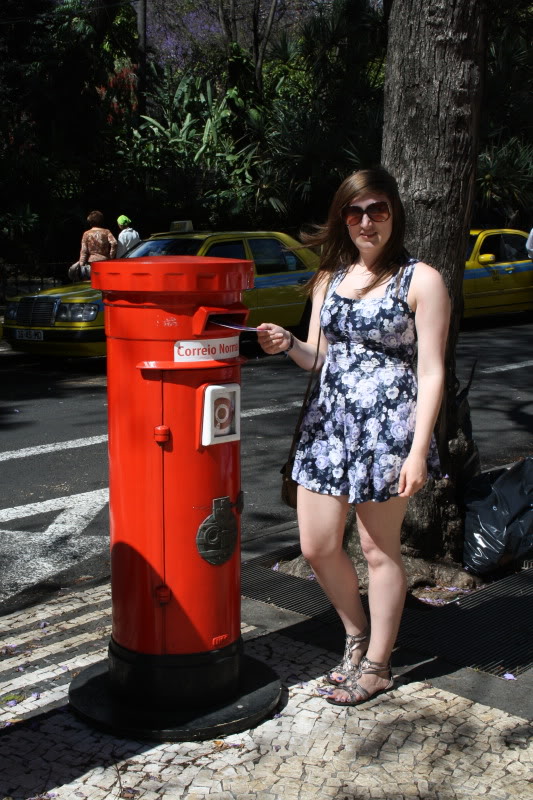 So that is a little insight into what I got upto on my travels. Oh did I mention that our flight back to England was delayed for 5 hours?!!!!! I always find myself saying this – there is no place like home. I love living in England and going abroad makes me appreciate how lucky we are – I’m glad to be back and eager to blog!

I still have a week left of the Easter Holidays so I have time to make up for the lack of posts this month, helped along by some Easter chocolate 🙂 Check back for the two final projects of my first year at University – Eeeek it went so fast!

The Beauty of Books - Final Cover