It feels a long time since my first post about this project which I am going to say is because I was spending time on the project rather than blogging about it. This is a good thing as I usually procrastinate by blogging rather than doing work but I have learnt to force myself to get into work even when I don’t feel like it, not that it was needed for this project so much. I really enjoyed this project!

My approach to the series design was to keep it simple and constrained. I worshipped the grid system, trying to align everything perfectly. 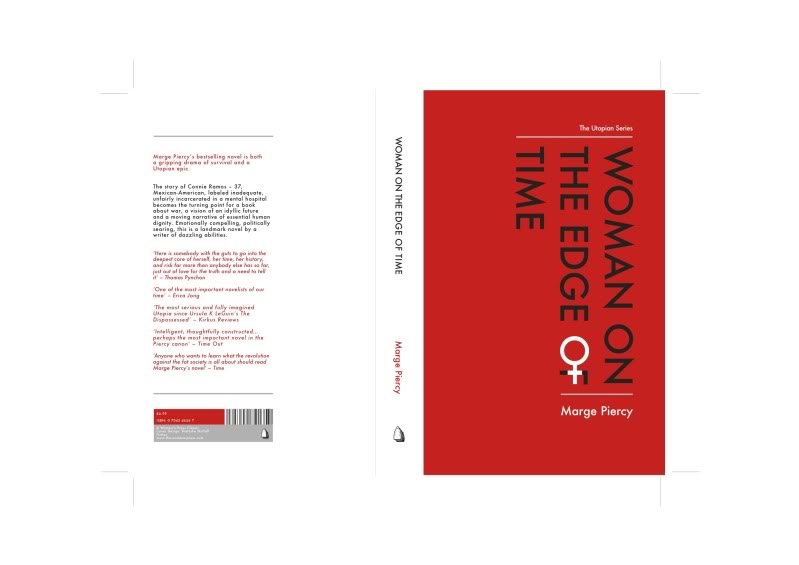 I did struggle to choose a colour theme. I tried different colours for different symbolisms: light pink(female), magenta(passion), lilac(suffragettes and feminism), red(anger) but went with red in the end because I thought the girly colours were not representative of the tone of the book. My choice of a typographic approach with a symbol incorporated would be able to be transferred to other utopian titles to form ‘The Utopian Series’. I chose Futura as the typeface because it is pointy and sharp like the novel’s tone and its O is a circle which helped the female gender symbol to be slotted within the text… and because it’s modern, angular and I just like it. 🙂 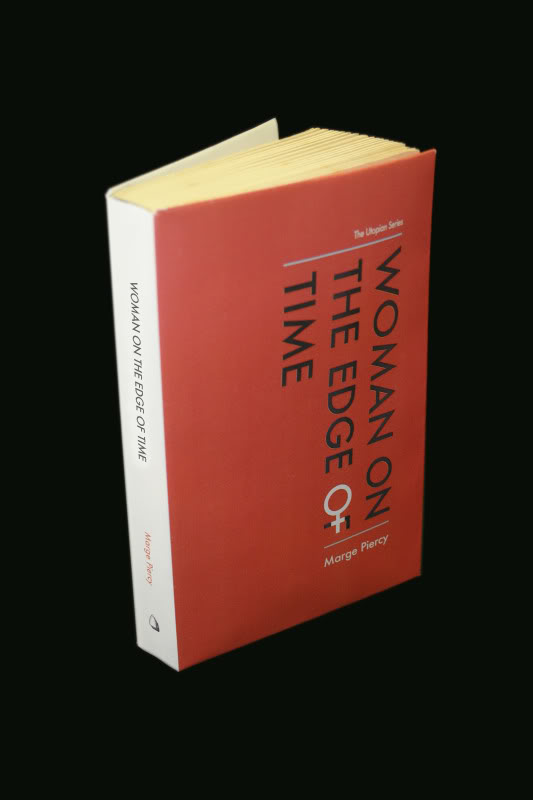 By rotating the title, the design is referring to being on the ‘edge’ and adding a dynamic feel, different from the usual, horizontal text. 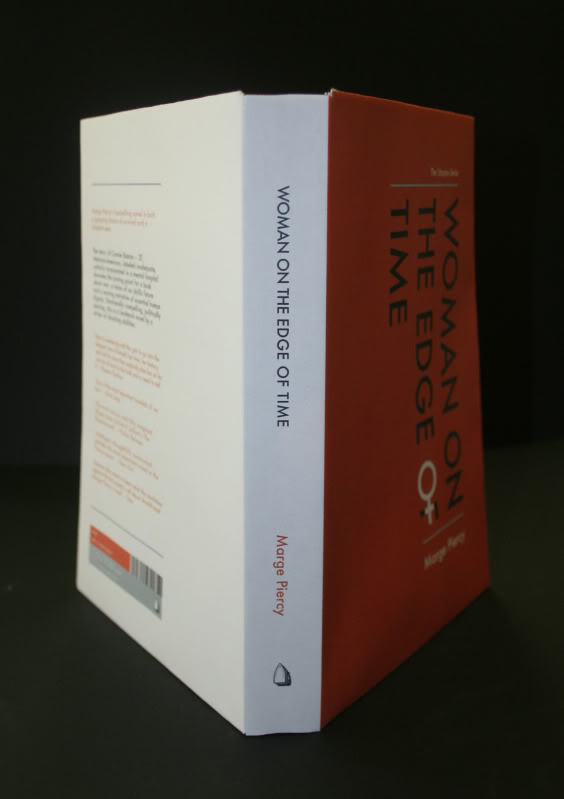 I tried to keep my cover minimalist, clean and tidy with a lot of space. Some might say it’s a boring cover for a book with a lot of graphic imagery but I wanted to create something clever rather than busy, and hope that the design is understood as that. 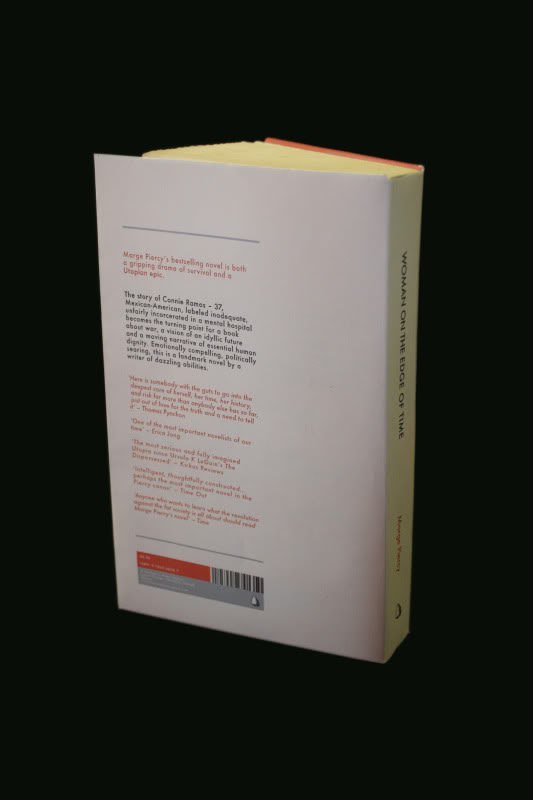 For the inside pages (I realise you can’t see the outline of the pages, so you will have to use your imagination, sorry!) I continued with simplistic approach… 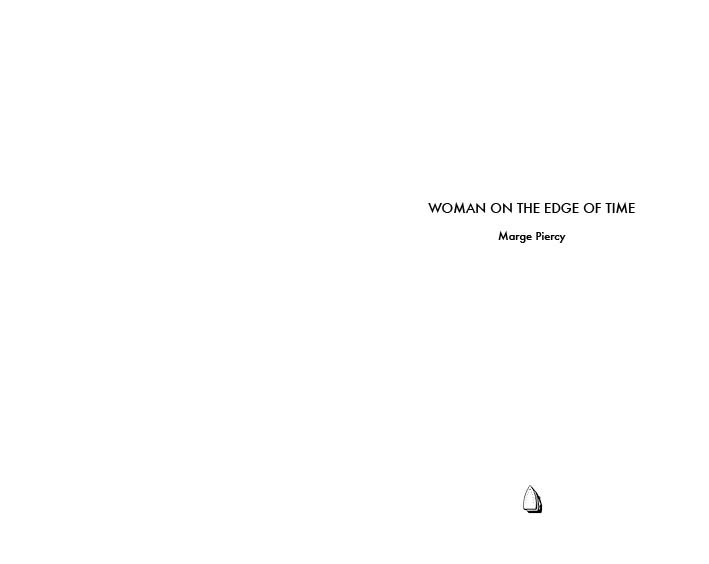 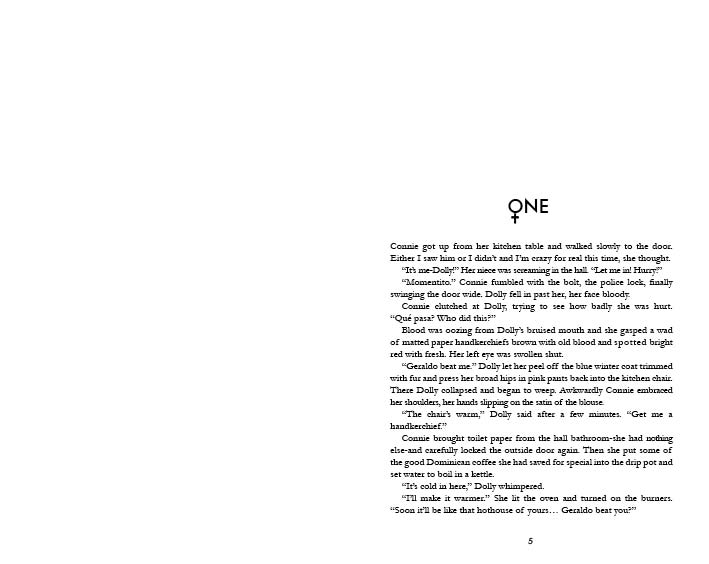 … with small details continued – the female gender symbol in the chapter title (which would only feature in the chapters that have a O in of course!). 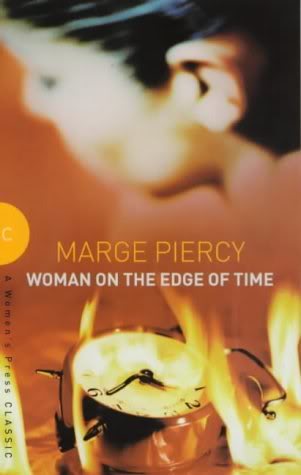 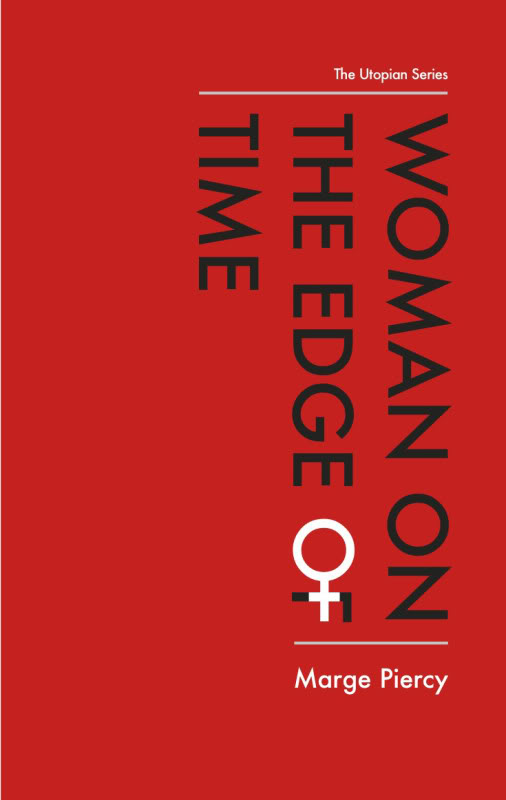 Which do you prefer? I had some positive feedback from classmates, but haven’t had my mark back yet so hoping for the best 🙂
I have to wait at least 2 weeks until I will get my official mark so plenty of time for any opinions from you!

End of Year One!