Just recently, I find myself surrounded by Penguin Books everywhere I go – lectures, oxfam book shops, library… so I decided to take the hint and blog about Penguin. It’s also kinda because of the Penguin Book Award project… I like to do my background research!

After a CVP lecture yesterday about the history and design of Penguin books I was feeling quite a lot of love towards Penguin. Did you know, Penguin Books were picked as one of the icons of British Design for a stamp series along with Concorde, the Mini, the Red Telephone box and the Angle Poise Lamp? 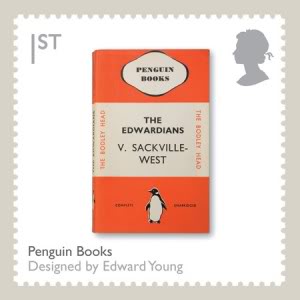 And then I thought ‘Why do I like Penguin Books?’. Is it because it’s just one of those things that designers are meant to like or do I actually just like them?

The first Penguin paperback was published in 1935 after Allen Lane’s idea to produce mass market paperbacks and introduce another class of people to novels. Penguin paperbacks were based on the idea that they were accessible and affordable for all. In 1935, if you wanted to read a good book, you needed either a lot of money or a library card. Then Penguin Books were born! Costing around 6 pence each, they were similar in price to a magazine, meaning a different audience could be targeted!

Allen Lane wanted a ‘dignified but flippant’ symbol for his new business, his secretary suggested a Penguin and the rest is history! The logo has seen a couple of make overs since 1935, always trying to simplify it further…

The Penguin brand has become a model of good Graphic Design practice because of its success and consistency. Nowadays, the book covers have changed quite dramatically, with the saying ‘Don’t judge a book by its cover’ coming into play. People relate the cover of a book to what it is going to be about, often buying just because it has a nice/interesting cover.

Penguin’s early covers are quite different, being very modernist and based on strict grids. The first ever Penguin book was Ariel by Andre Maurois with the basic horizontal 3 sections cover. Although Ariel was the first Penguin paperback, it wasn’t the first Penguin original; it had already been published in hardback form. 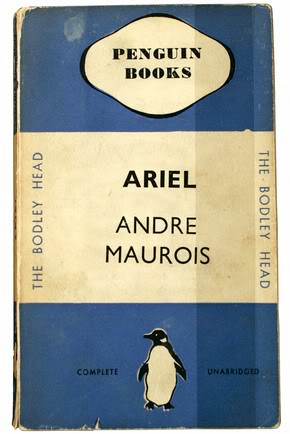 As you can see, no photography or illustrations were used, only typography in Bodoni Ultra Bold (for Penguin Books) and Gill Sans.

All the Penguin book covers looked the same due to the uniform, minimalistic system and style, but colours were used to determine the different genres: green for crime, orange for fiction, pink for travel and adventure, blue for biography and so on… 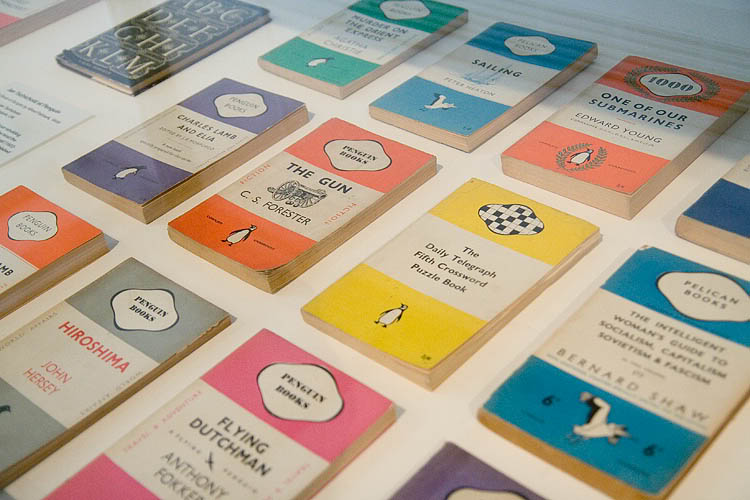 Due to Penguin’s success, it was able to achieve a high paper ration percentage in the War. This meant that Penguin Books were to become a part of British life through WW2. ‘Why Britain is at war’ was one of the first Penguin Specials published: 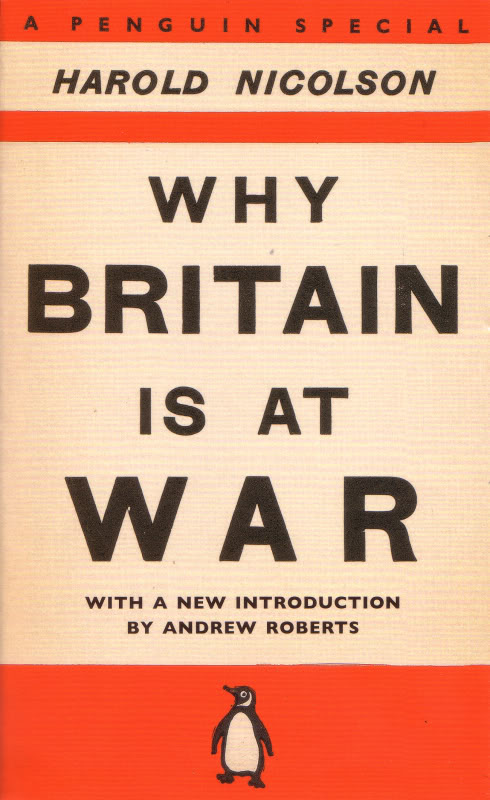 This is the cover for the reissue of this book in 2010 (as we are still, in a sense, at war!). Just going back to price, the Penguin Specials were also around 6 pence AND had dust jackets – Luxury at it’s best! That’s a bargain compared to £7.99 today. (Our tutor Mike worked out that you could buy 320 for 1 of the new re-issues of the same book!)

Another interesting fact is that Pelican Books, for Non-fiction texts was established before anybody else could try to replicate Penguin’s success and rip off the Penguin paperback idea! George Bernard Shaw’s ‘The Intelligent Woman’s guide to Socialism, Capitalism, Sovietism and Facism’ below, was a successful Pelican book selling around a 250,000 copies compared to the first published Penguin Book, Ariel at 7,000 copies. 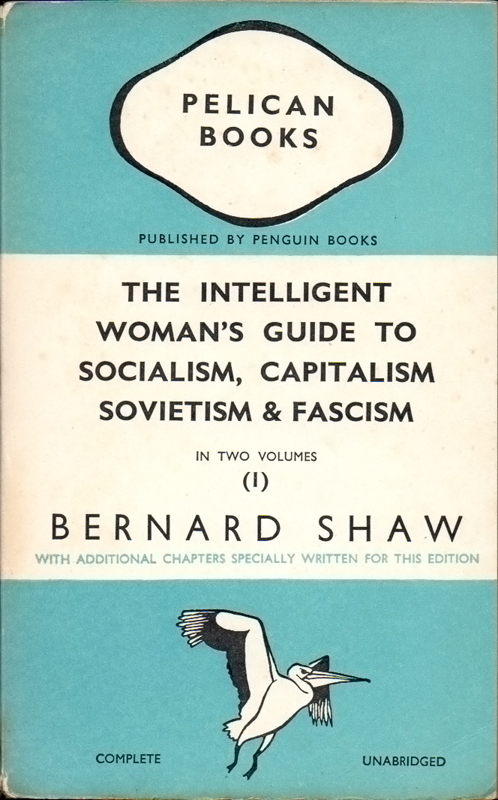 Post WW2, typographer Jan Tschichold gave Penguin a bit of a facelift by using only Gill Sans, creating more space and also by re-drawing the logo: 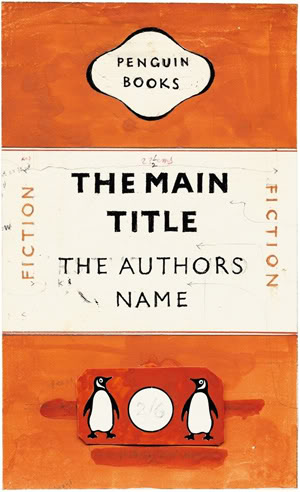 After this, the face of the Penguin Books were drastically changed in the 1950s/60s under the lead of Germano Fancetti, who wanted to transform Penguin covers into something more contemporary by allowing illustration, photography and collage on the covers. This was due to the rise of popular culture in the 60s, meaning Penguin’s covers needed to be more eye-catching to compete with competitors!

At first, a similar 3 section rule was applied (which I don’t think works as well as the previous horizontal sections) with film imagery so people could identify a link between the films and the books… 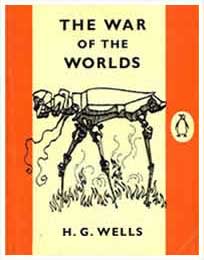 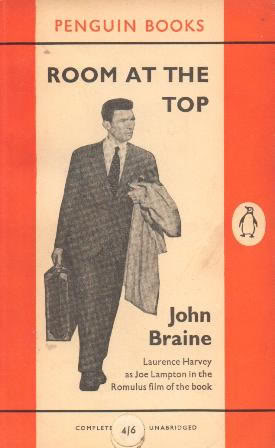 …and then Penguin got creative: 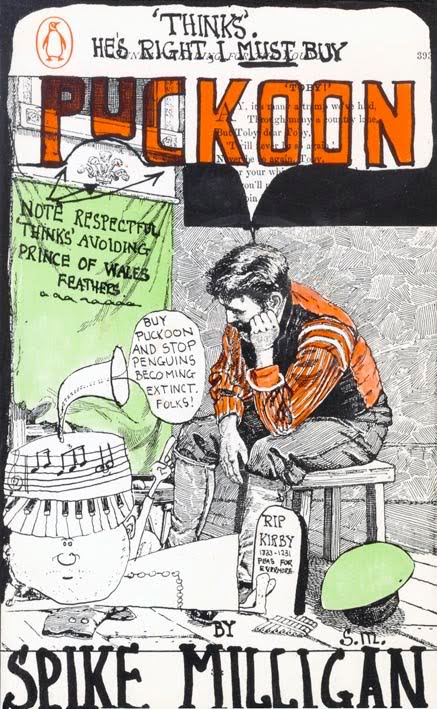 Penguin’s new direction with Spike Milligan’s illustrative interpretation of his book, Puckoon and below, a groovy cover for Margaret Drabble’s The Millstone… which I think is pretty awful? 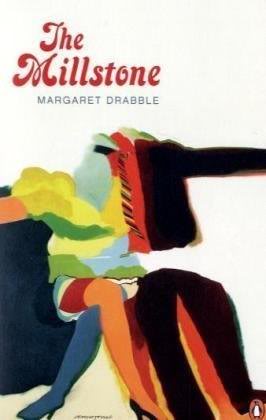 Romek Marber developed a grid which could incorporate the genre colours, minimalist style and imagery: 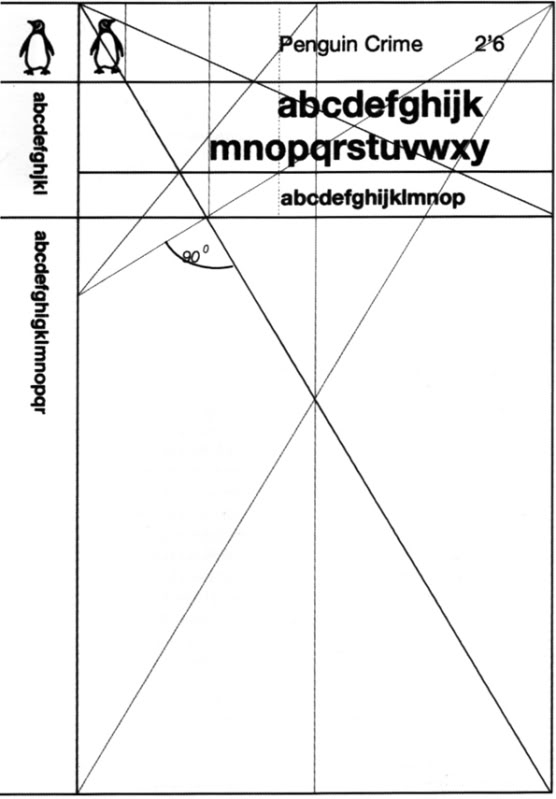 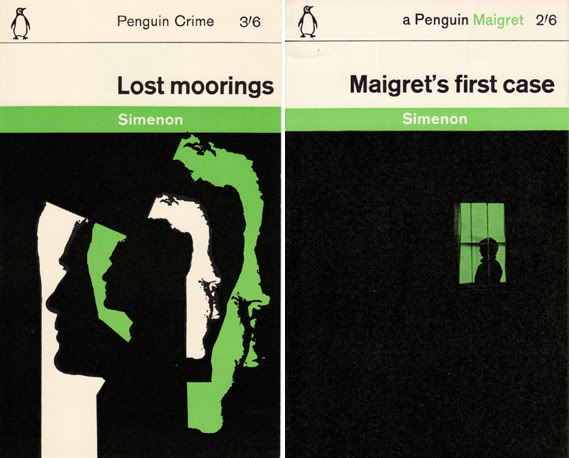 I think this is the most Pastiched Penguin cover style at the moment. Have you seen these before…? 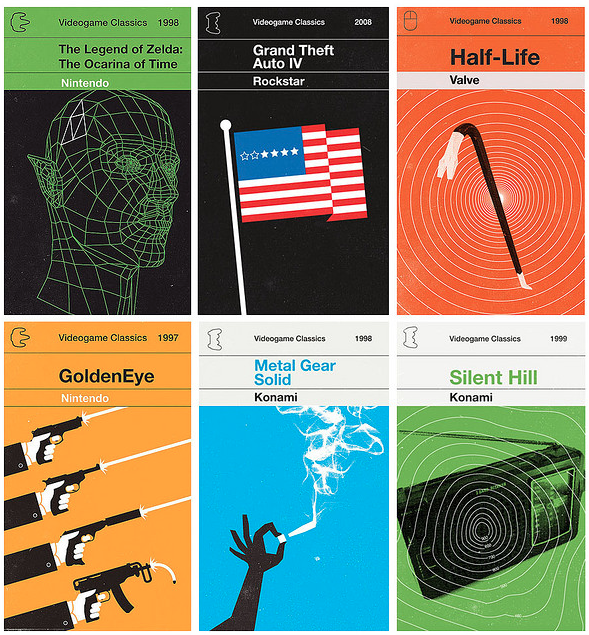 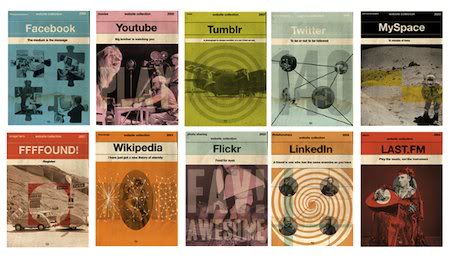 Social networks by Rétrofuturs (above) and (below) these Harry Potter titles by M.S. Corley 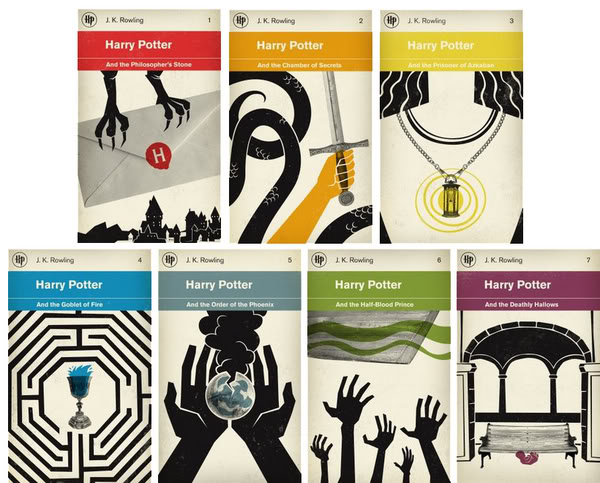 Danielle bought a set of 100 Penguin Book Cover postcards the other week. I think my favourite Penguin Book covers are by Coralie Bickford-Smith… 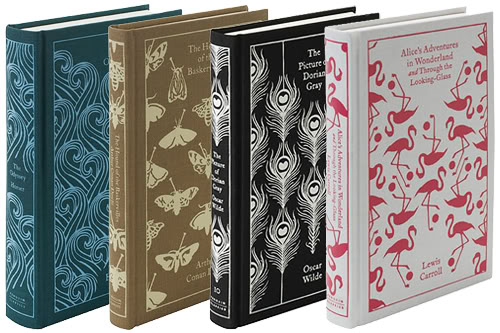 Last Christmas I saw these versions of Alice’s Adventures in Wonderland and Lady Chatterly’s Lover in TKMaxx. Kinda kicking myself now, I should have bought them! 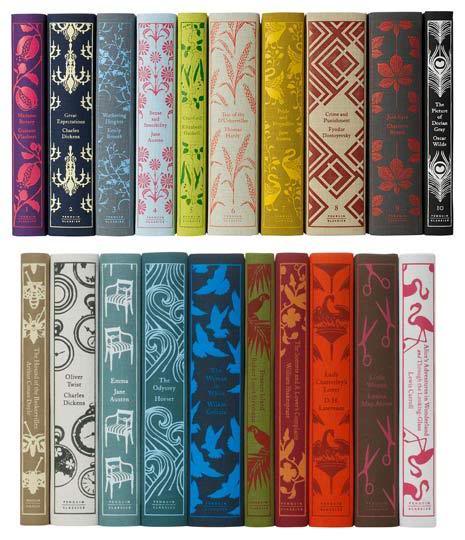 So to conclude… I like Penguin Books because I actually like them. Allen Lane had a great idea when he decided to bring literature to the masses in style. The style of Penguin Books are always changing (I went into Waterstones the other day and could only identify the Penguin Classics books, all the others I wouldn’t have known had it not been for the little orange Penguin logo in the corner) but they definitely have some great illustrators and designers to help them take the covers to the next level!