I’m finding it quite hard to keep posting whilst the workload of my course gets heavier, but I WILL keep it up!

Mondays we have the Visual Expression module with Philippa, Barrie (who combined are The Caseroom Press) and new girl, Isil. I briefly mentioned a couple of posts back, that we were starting to produce work for the Penguin Award Book Cover Competition. Now that it’s Week 4 (deadline is Week 6 – Eeeeeeeek!), that is well under way. However, on top we have been given some mini projects to work on too – a group project to create a 60 second ‘film’ about type rules, to typeset the first 2 chapters of the book: 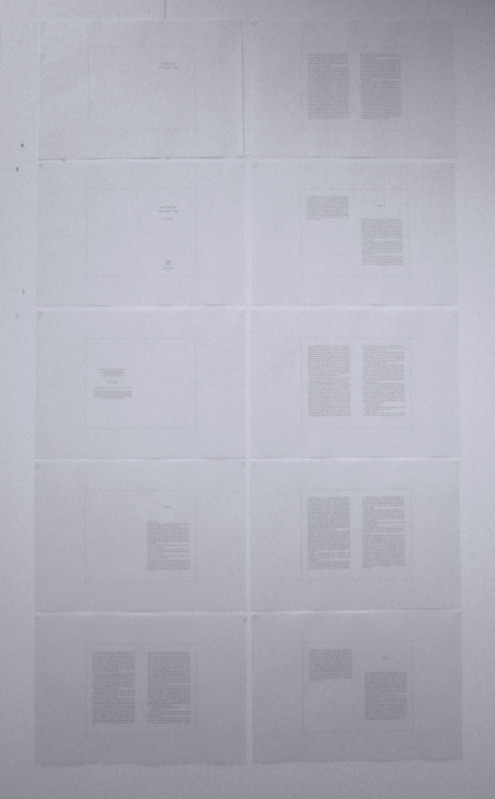 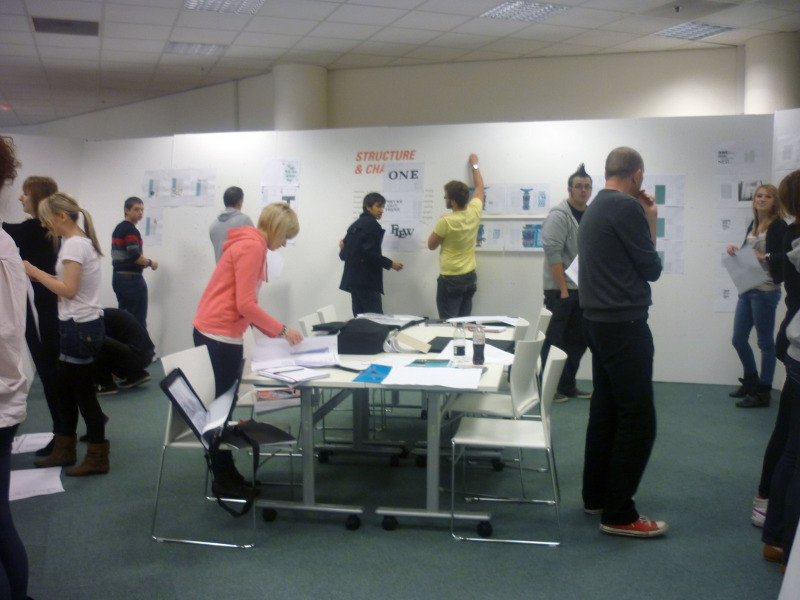 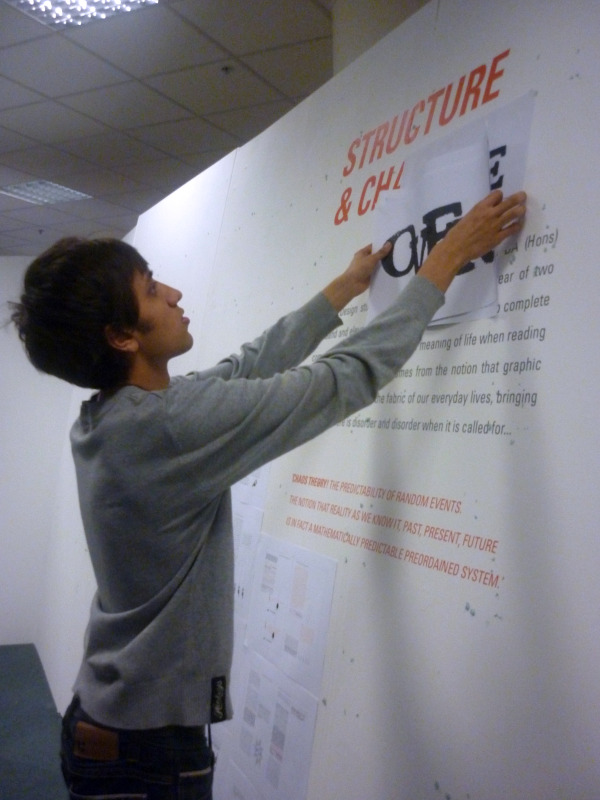 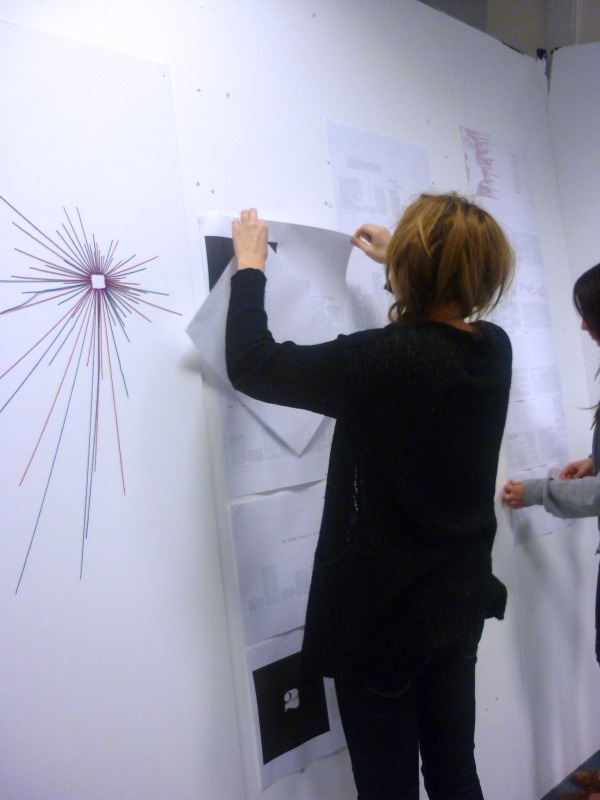 Talveer and Amber putting their work up… 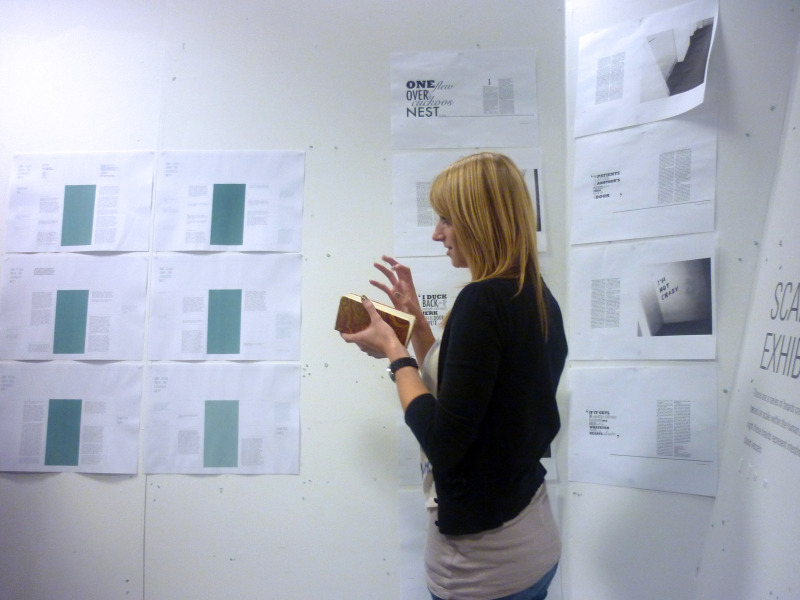 … Lucy explains her rationale to Barrie and the group… 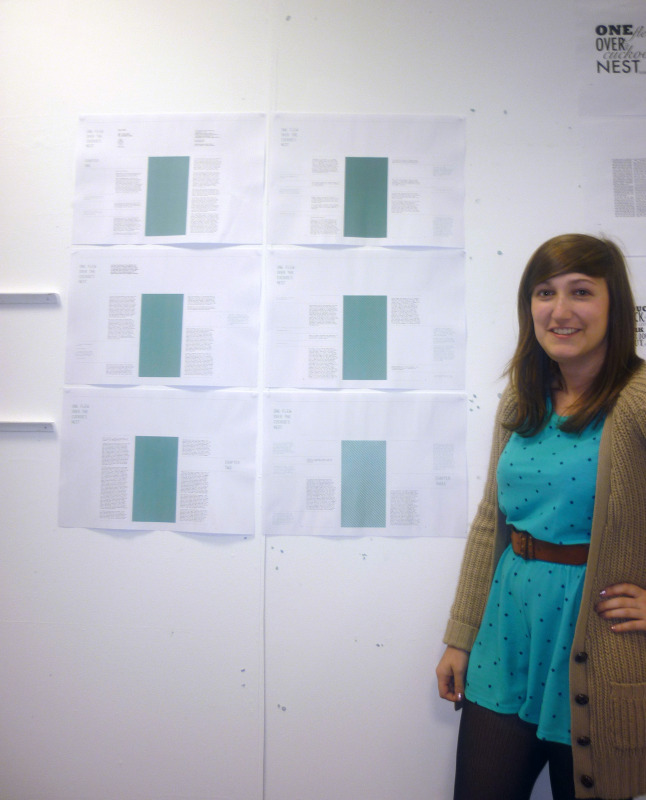 It’s quite hard to see what I produced from far away as it just looks like some text with a green block of colour in the middle, however a lot more thought and detail went into it I promise! I took a slightly different approach to the ‘normal’ conventional magazine style, using the meaning of the text to support the reasons for how I displayed it.

You can get a closer look here at Issuu, an online publication site.

The thought behind the idea is quite complex. I wanted to show the difference between the ‘sane’ and ‘insane’ characters, along with the transition of McMurphy from sane to insane. I used a dot grid background to show the control and order of Nurse Ratched and the other ‘sane’ characters and broke away their speech from the rest of the main text which is narrated by Chief Bromden, who is ‘insane’. The bulk of the text is inside a white box, with the dot grid surrounding and restricting it, like the control of the nurse over the patients. The middle block of colour is also about the control and how it gets weaker/stronger through out the story. At the start, before rebel McMurphy arrives, the block is plain colour as Nurse Ratched’s control is strong. But as McMurphy begins to cause havoc and mess up her routines etc, the colour fades and McMurphy’s pattern shows through stronger. It’s quite hard to illustrate through the section of the book that we were given because it’s only a small portion of what happens, but I’m planning on doing some later spreads to show how the pattern would transform in different situations!

The crit went really well. I feel my magazine was received well, with both the other students and Barrie saying good things about it.  It was VERY different to everyone else’s approaches but I think that is a good thing because it made it stand out. 🙂

Also, here’s a cheeky snapshot of one of Josh‘s spreads because I like the circles and the printer’s fists: 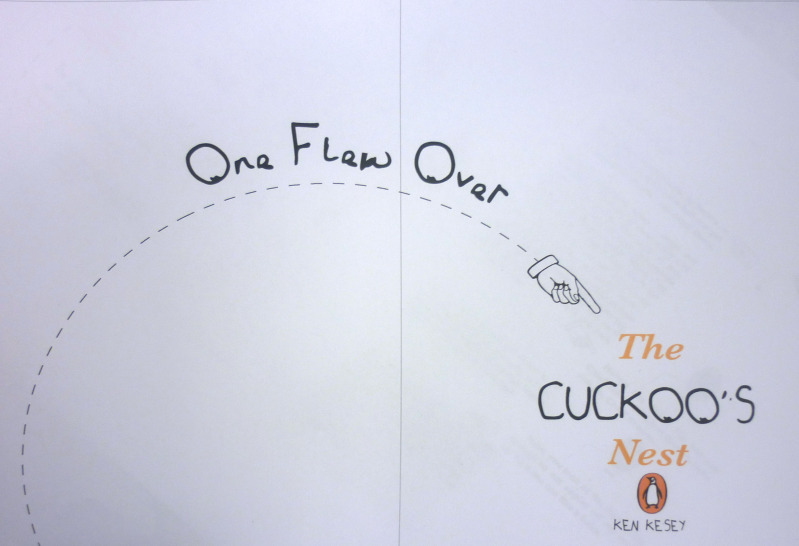 An afternoon in the Printing room