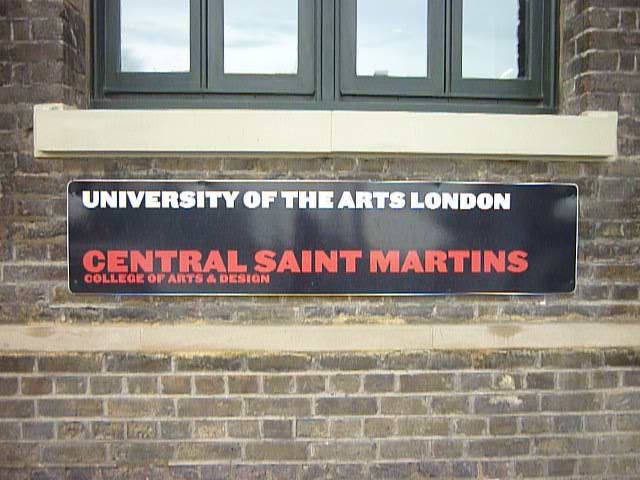 Whilst I was in London last week, I managed to catch the last few hours of the Central Saint Martins show.

They have just moved to a new building basically next to Kings Cross which you would think would make it really easy to find… my Blackberry sent me walking off into the opposite direction for an hour because it would appear there are now 2 Granary Squares! But anyway, once I made it to CSM, it was worth it: 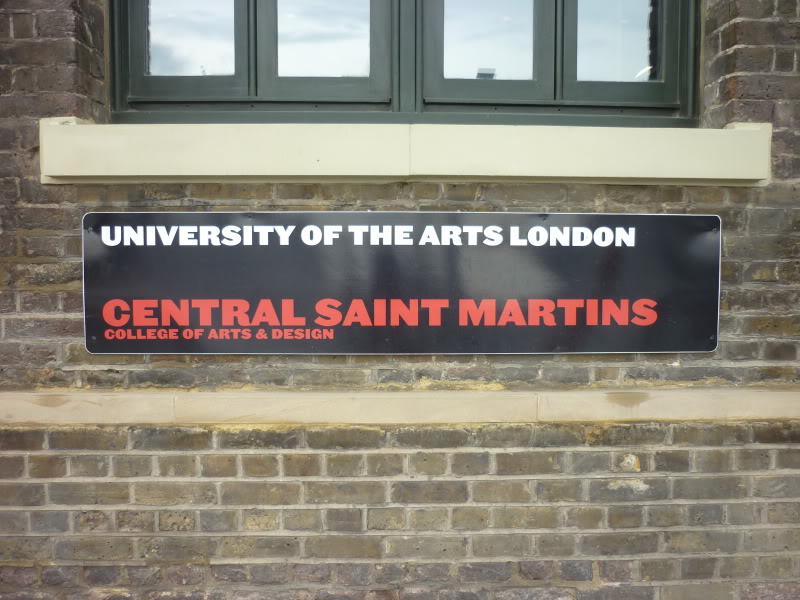 As I just said, it’s a new building and CSM have played on this with the whole atmosphere and decor of their space: 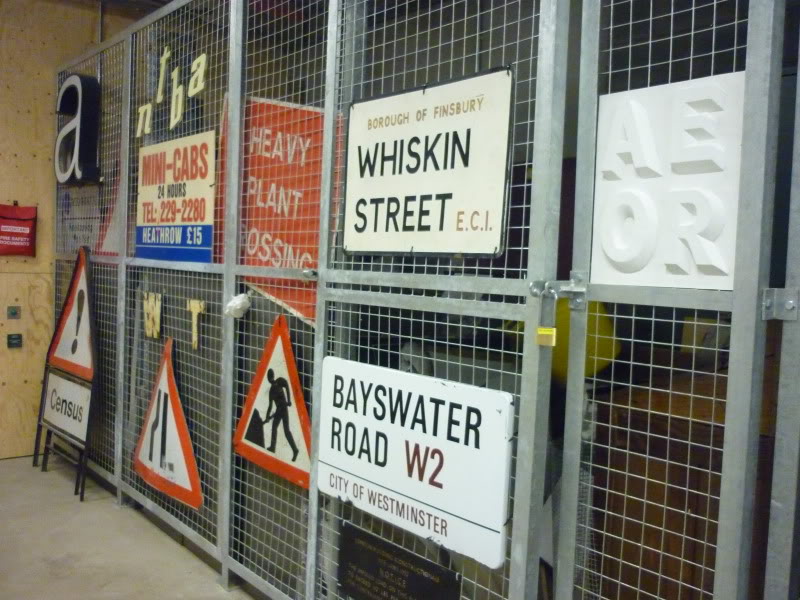 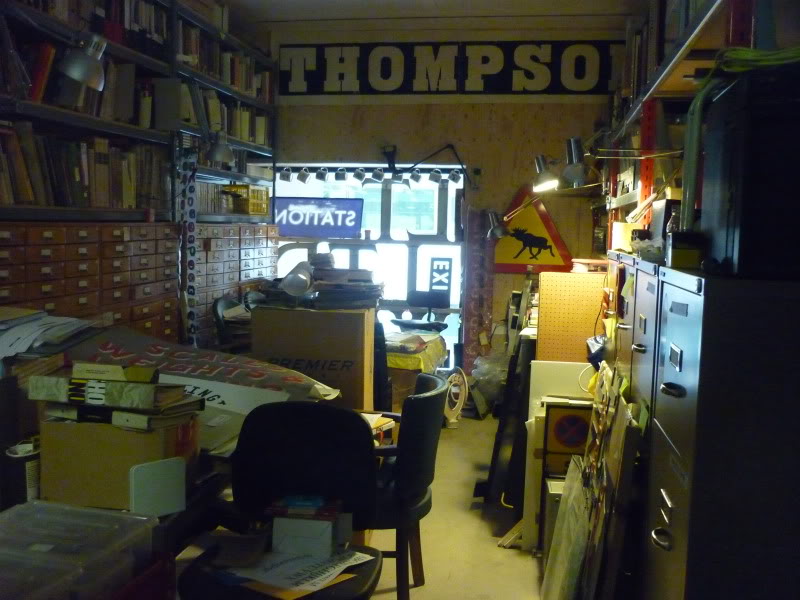 … even inside one of the print offices… 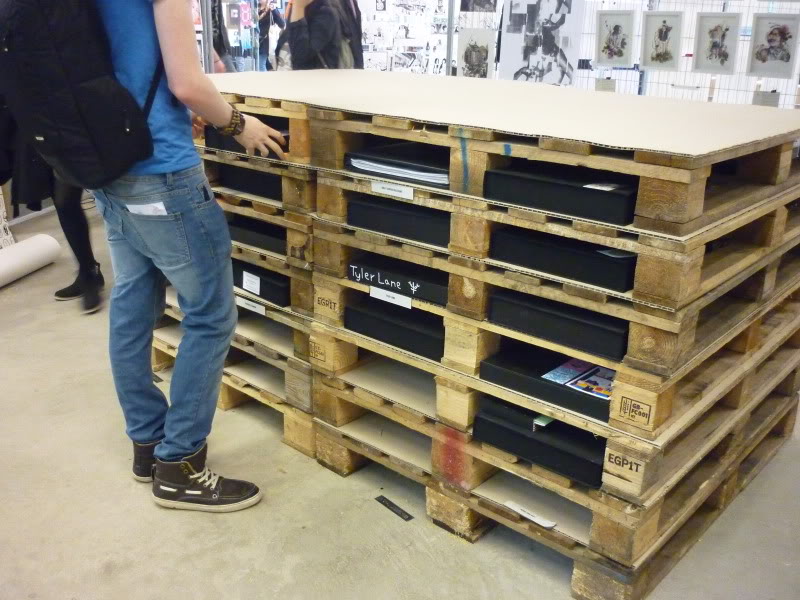 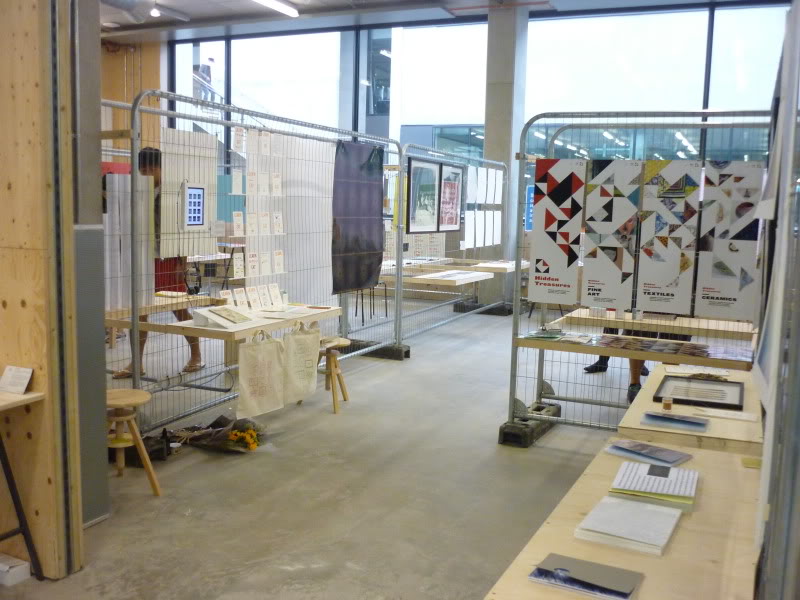 … and finished off by using metal fencing to hang their work on, which I think worked really well because each space was consistent but easily adapted to show the work at it’s best e.g. shelves for booklets, hanging work or different sizes etc 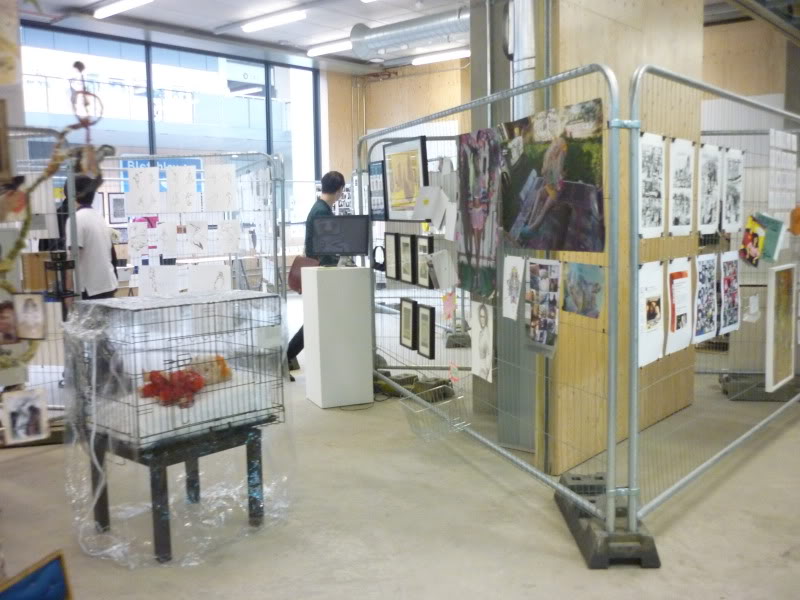 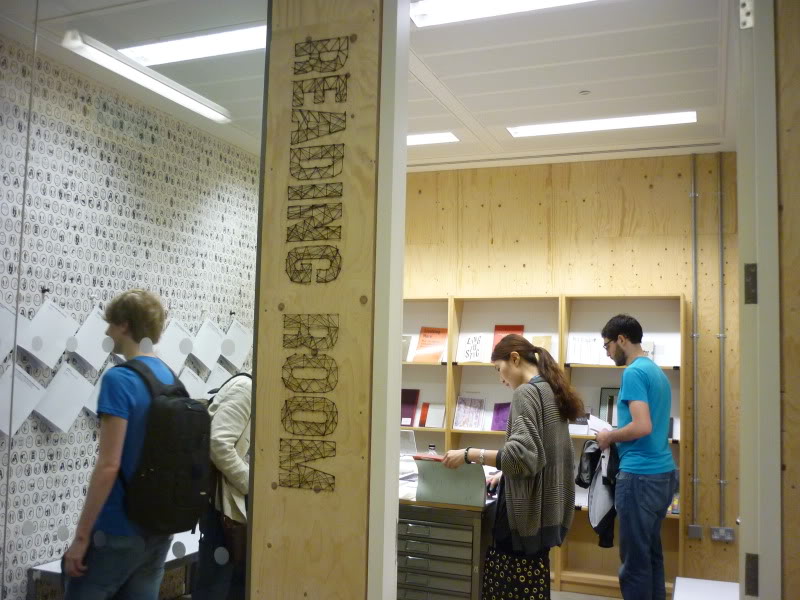 …complete with wallpaper designed by the students! 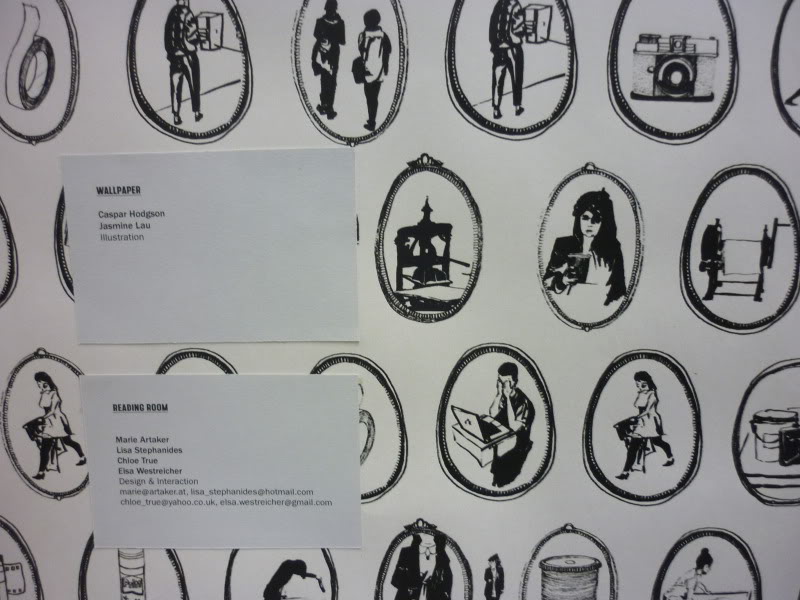 ‘The linguistic nature of the concepts of time and space’, a designed dissertation by Sarah Holland caught my eye with her use of energetic typography inspired by Vorticism: 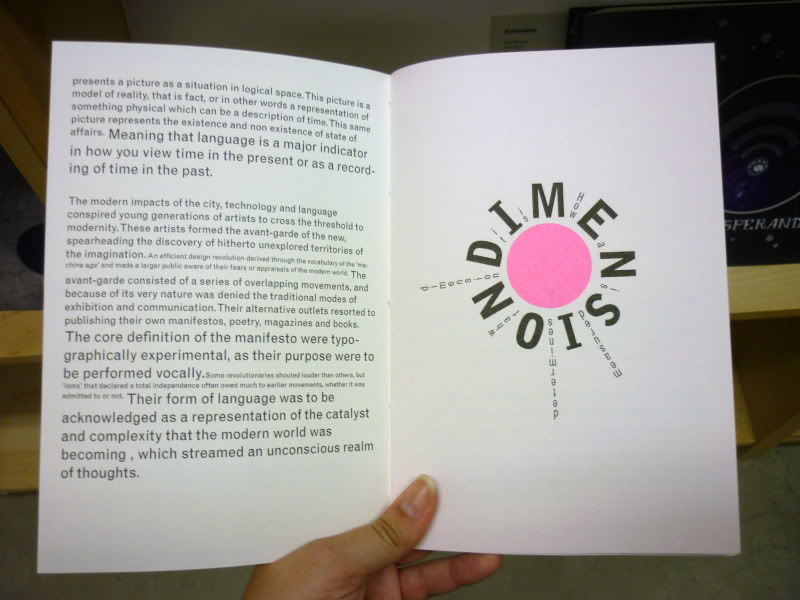 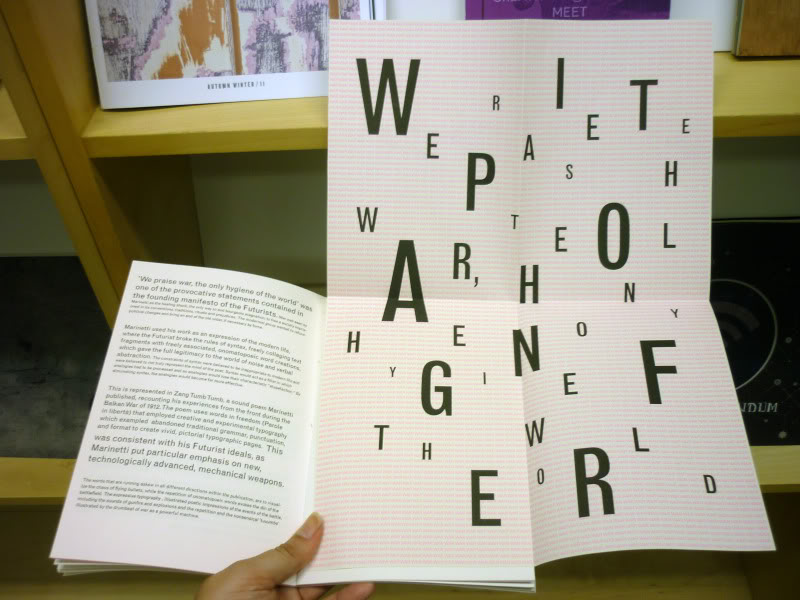 We don’t have to produce a designed copy of our dissertation at Lincoln (just a text document as far as I’m aware) so it was really interesting to see this being done. I then picked up more of Sarah’s work in the main show space: 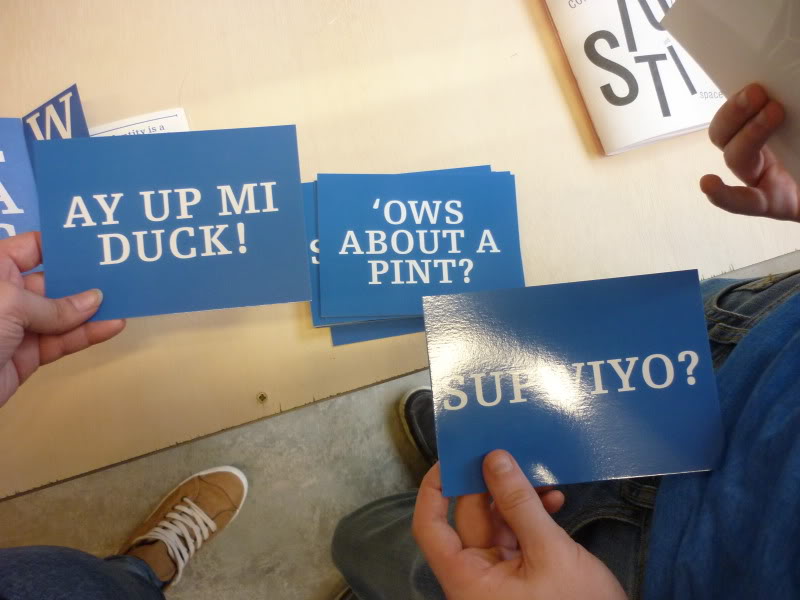 A language I can understand after 2 year of being a ‘midlander’ in Lincoln – Sarah’s business cards which linked in with another great piece of typographic work by her: Eastwood – a visual identity and branding project on her Hometown in t’Midlands. 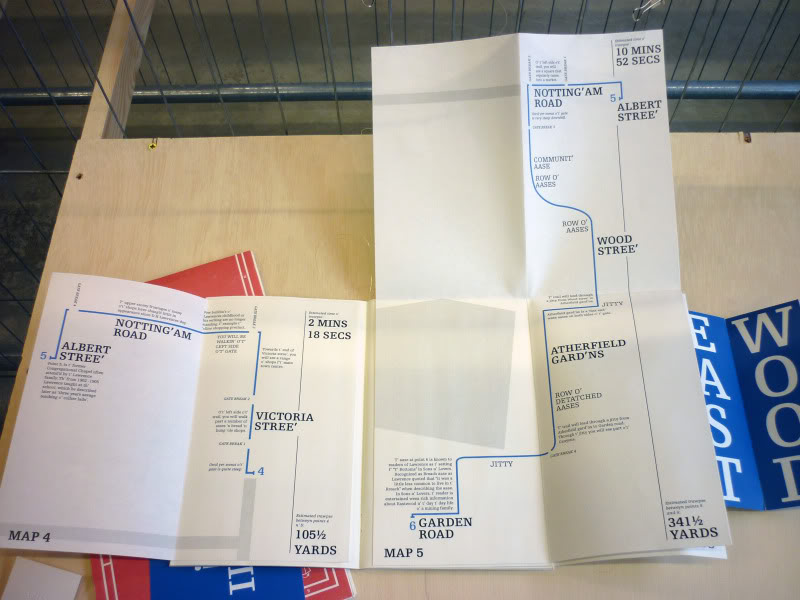 There were a few nice fonts on display: 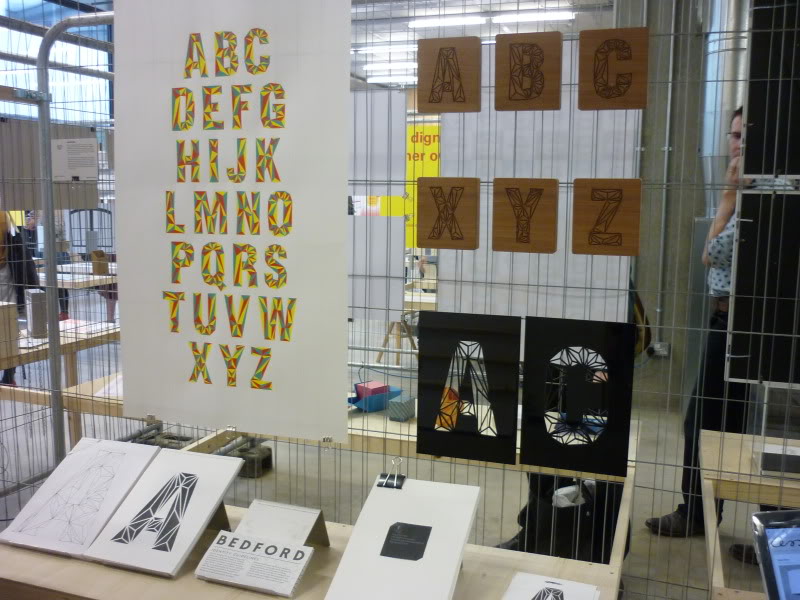 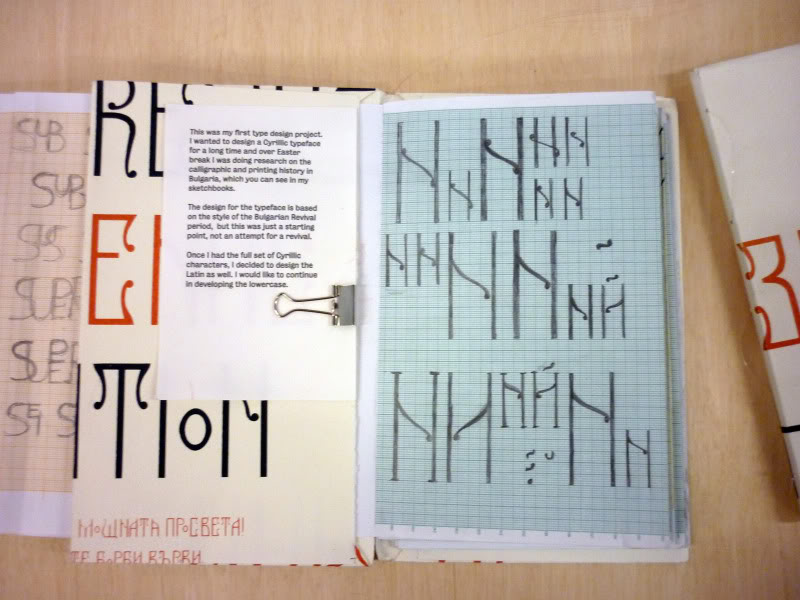 … whilst Krista Radoeva designed a Cyrillic typeface based on the Bulgarian Revival period…. 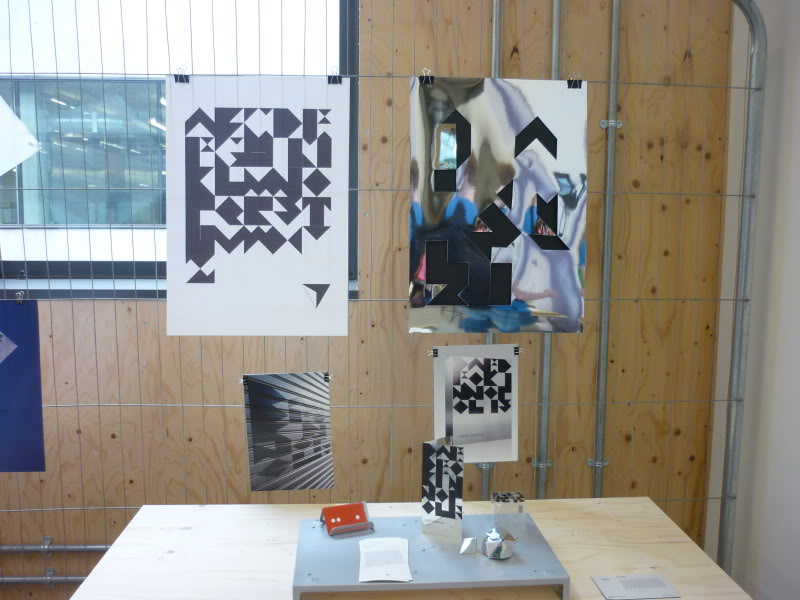 … and Yoomi Song developed a geometric typeface for the identity of her hometown, Daedeok. 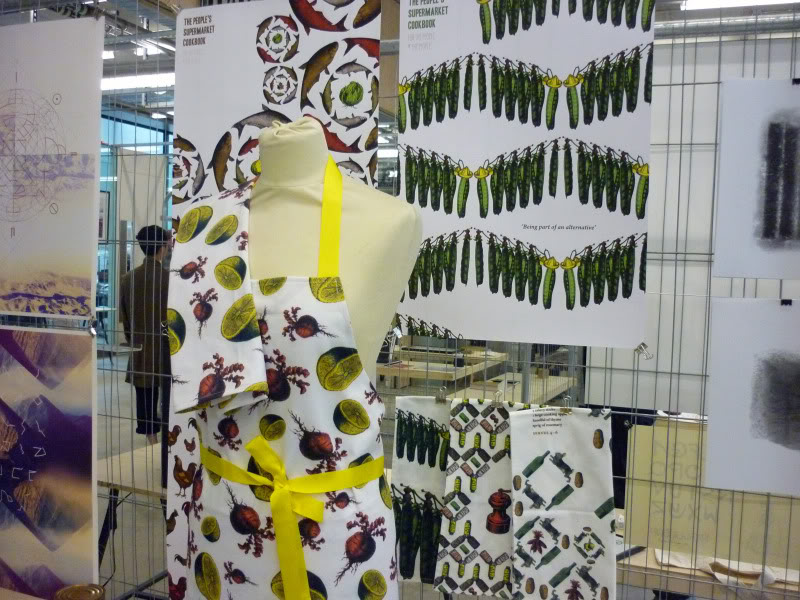 I absolutely love Kate McPartland and Radek Husak’s collaboration on a recipe book, posters and patterns for The People’s Supermarket. It’s a lovely balance between space and detail in the pattern. It looks like the recipe book is even being published and sold so that’s exciting – well done! You can flick through the recipe book here. 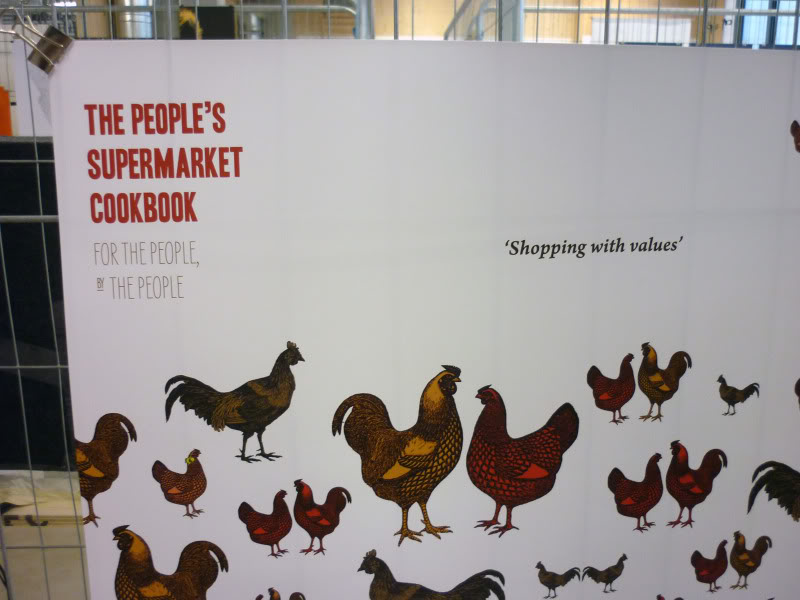 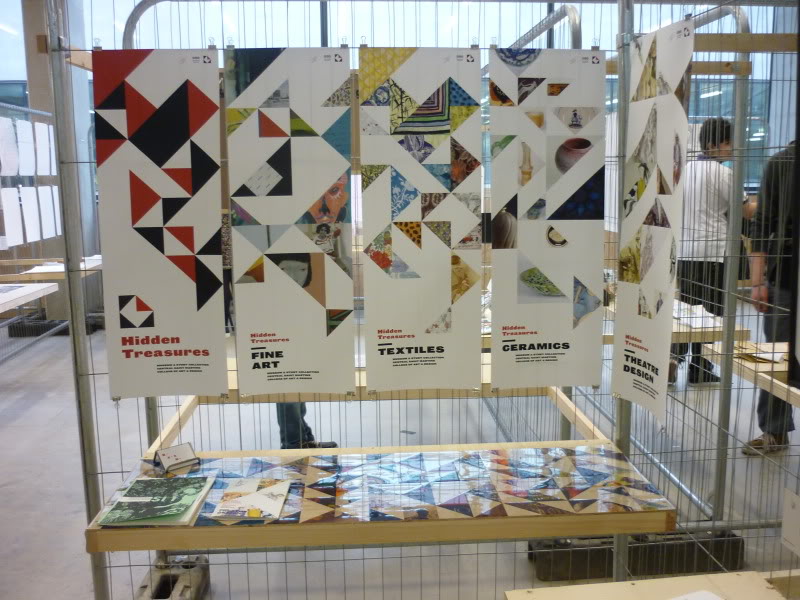 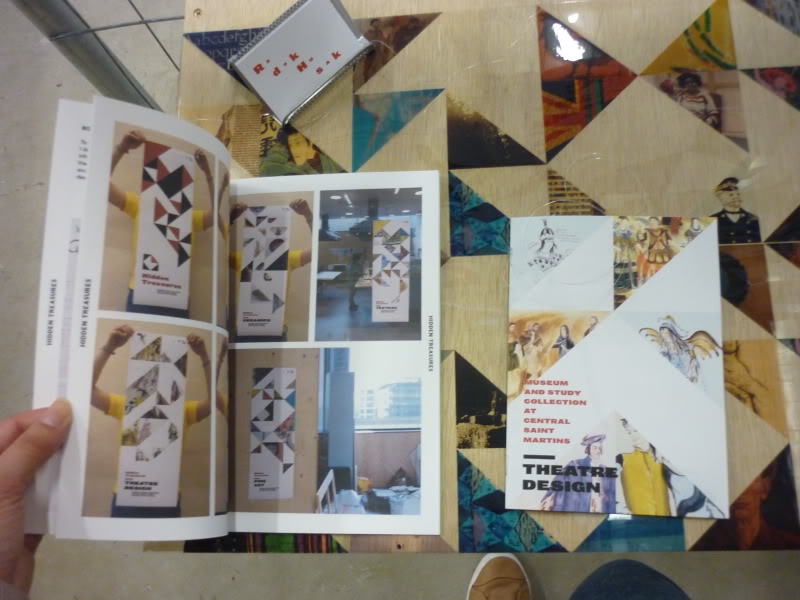 … triangles combined with colours and images without being OTT. 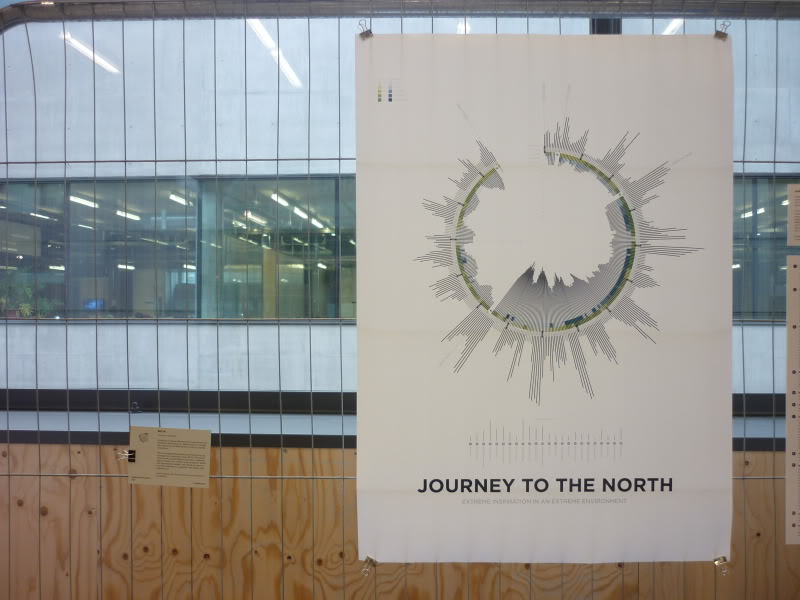 Ricky Lai‘s ‘Journey to the North’ data visualisation was so detailed, yet so easy to read – perfect! Looks great from far away and close up.

Other things I enjoyed about the CSM show include the Can Awards, which the advertising students did as a way of mocking D&AD. The Can’s were then given to students by fellow students, friends and family. 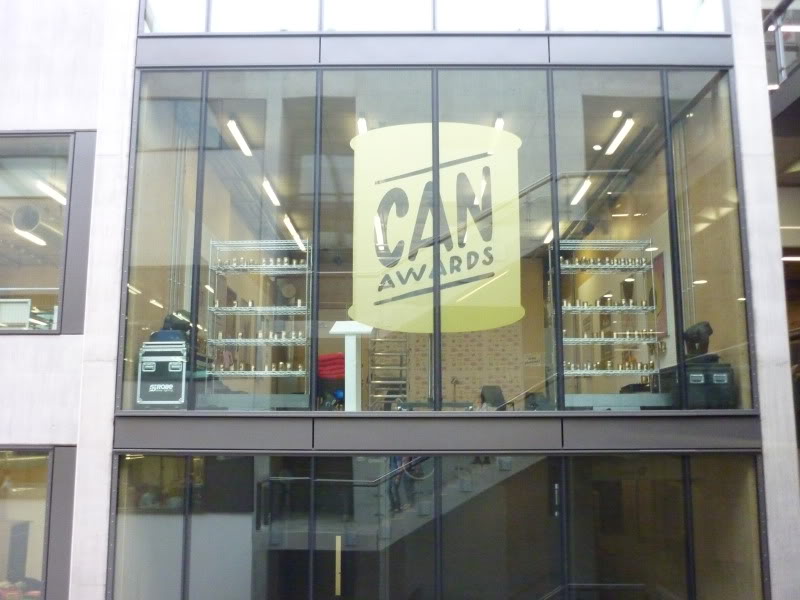 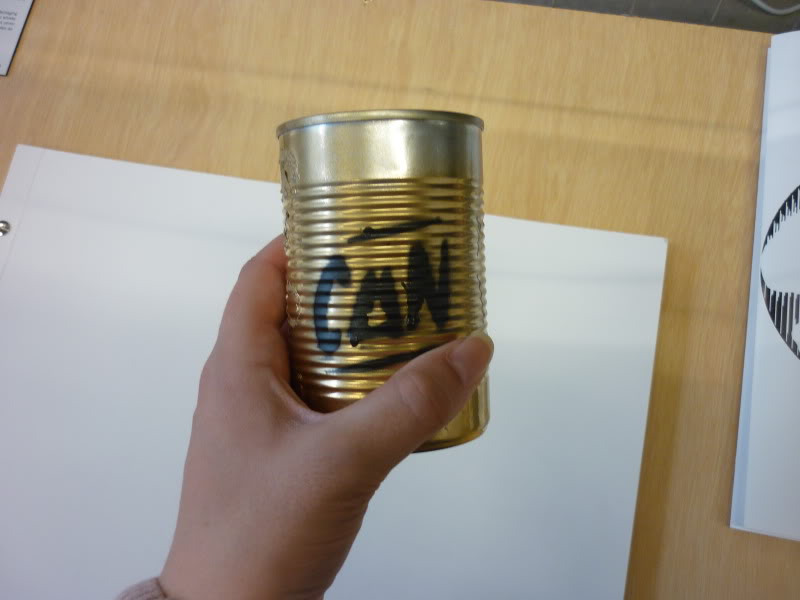 Winning work had a golden can placed in their area with awards, including my favourite; ‘Most wowed’. 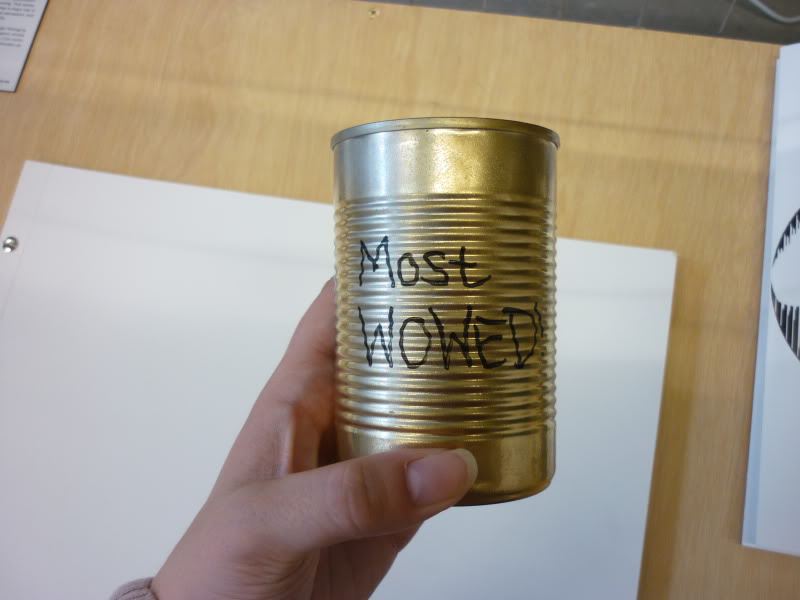 A nice little idea, I thought, which gave everyone in the show the opportunity to win an award. Another nice idea was the shop, where visitors could buy prints of work: 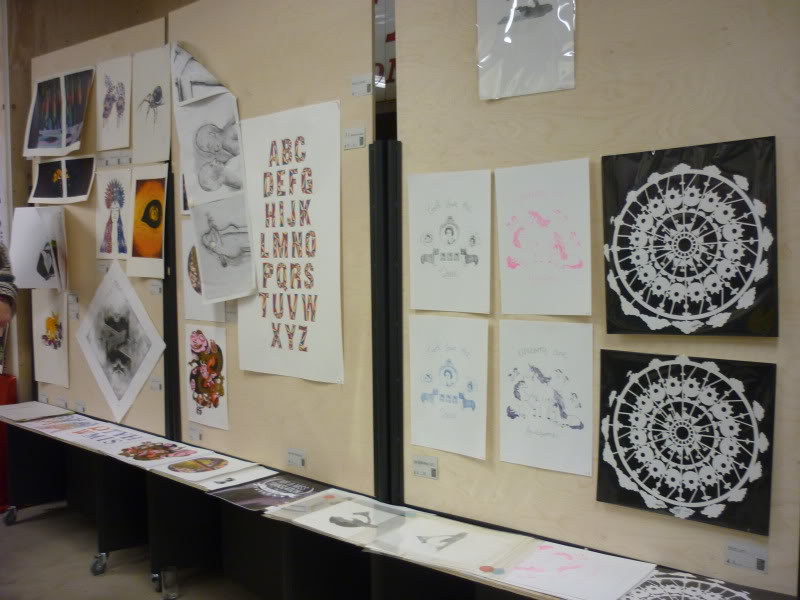 Overall, I really enjoyed the CSM show. CSM have a reputation of being one of the best creative Universities in the world, so I went with high expectations. It was a different experience to the Lincoln ones I have been to and has definitely given me some food for thought about what could be done for the Lincoln GD show in 2013 – my show eeek! Never too early to start planning, hey?

Adventure to the big city #2