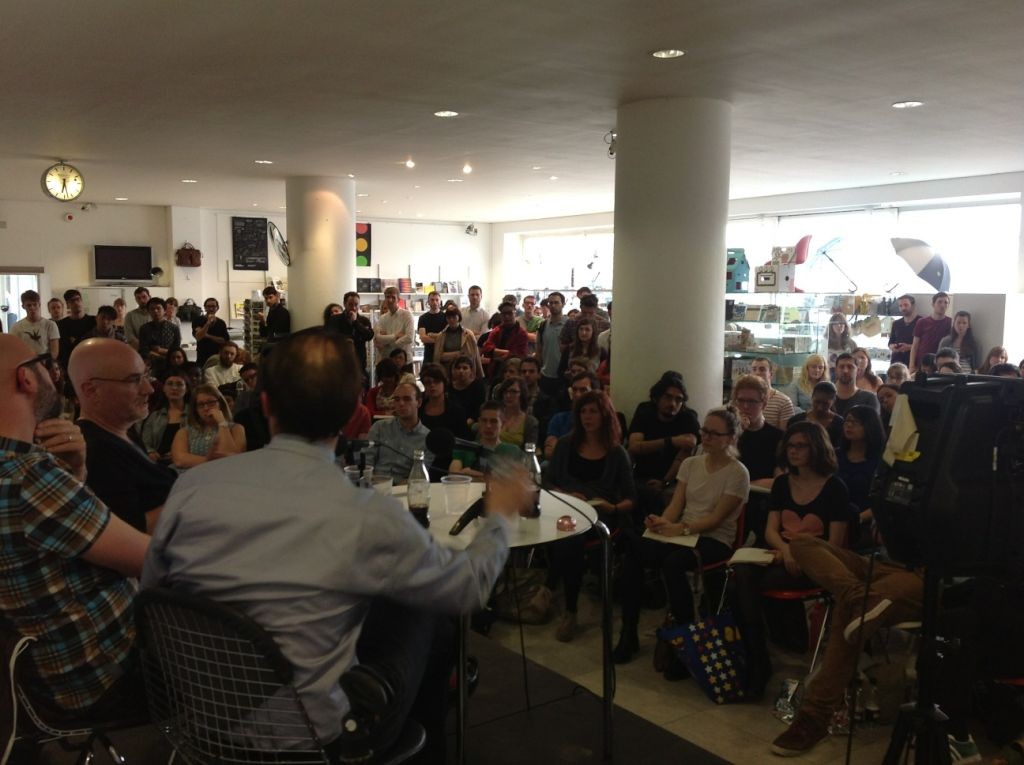 In the past week I’ve done a lot of travelling – I decided to take advantage of my last ‘free’ summer. By ‘free’, I mean the last summer doing whatever I want before I fully throw myself into the industry and sell my soul to get a design job. I stayed in 3 different cities in 3 nights – Lincoln, Norwich and London.

Emma accompanied me to London and we headed to the Design Museum takeover for a series of FREE talks – Studio Culture. 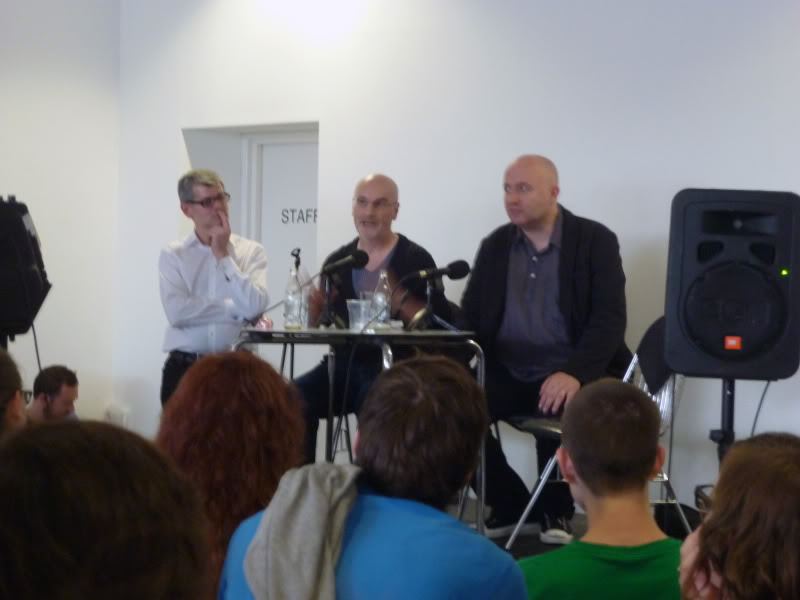 Hosted by Adrian Shaughnessy (author of ‘How to be a Graphic Designer without losing your soul’) and Tony Brook (Creative director of Spin), the Studio Culture talks were as it says on the tin – about culture inside the studio. 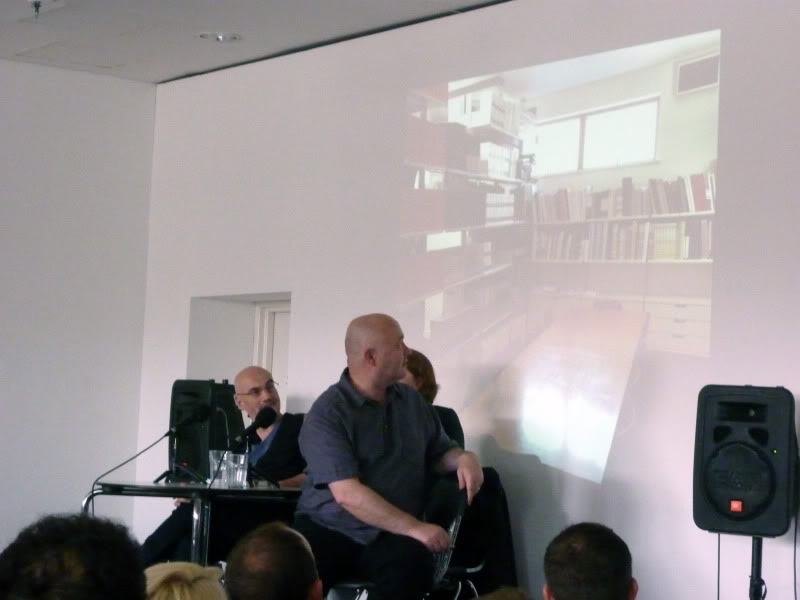 Adrian asked founding members of Spin, Patricia Finegan and Tony Brook about the early days, the tough times and how they made it as one of the most respected design studios. When they first started it was just the 2 of them walking the streets with their portfolio (back before websites existed) and they didn’t have a weekend off in the first 2 years!

They talked about the tough task of choosing a studio name and Tony gave a great test which can help you to decide – if you can answer the phone ‘Hello, (insert studio name here)’ and not sound ridiculous, it’s a winner! Calling your studio ‘Gorgeous’ would definitely bring a smile to your client’s face!

They also spoke about how to keep clients coming through the door by undertaking self initiated briefs and giving the advice: ‘If you make what you want to make, that’s what people will pay you to make.’

Listening to them speaking about their studio culture, it sounds like a great place to work! A open, creative space where the team enjoy lunch together on Mondays & Fridays. But most importantly, tea and cake EVERYDAY at 4pm – apparently this is the secret to staying calm at Spin!

I really enjoyed the talk from Spin but we had to pop out to check into the hotel so unfortunately missed Build and most of Julia’s interviews but were ready for Bibliothèque: 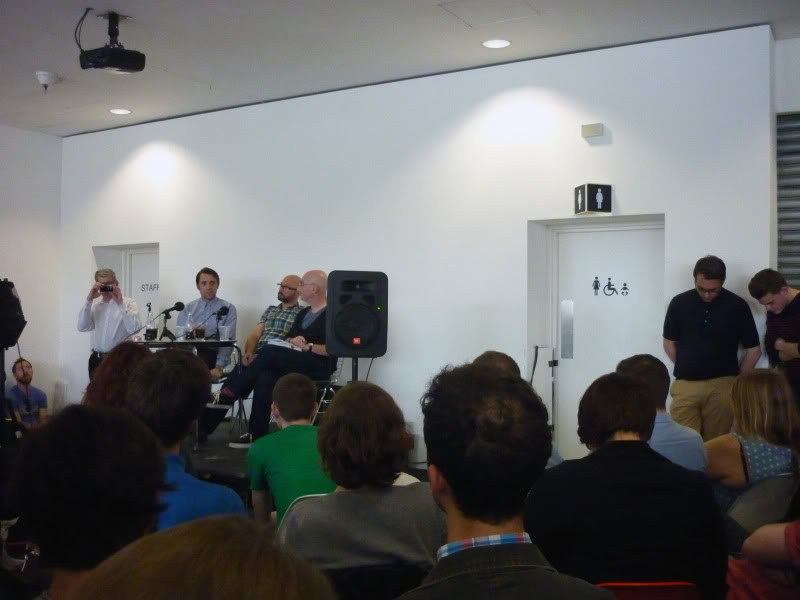 Adrian introduced the 3 founding members Mason Wells, Tim Beard and Jonathon Jeffrey and they explained that Bibliothèque is the result of common area interests and natural evolution. They love working in a small studio (maximum of 8 with an intern) because they like to be hands on and connected to all stages of the work and believe that smaller teams allow more exciting work to be produced.

When it comes to the Bibliothèque ‘style’ they say that thinking laterally and the underlying concept are the most important parts of their design – it’s not a stylised exercise.

They like to keep their client updated through every part of the process so that they understand the journey Bibliothèque have been on to reach the final outcome and say ‘To make a great project, you need a great client’ – which is very true!

Bibliothèque sounds like a very social studio and I love the fact that they all work around the same table which MW, TB and JJ built themselves – which in a way is a metaphor for building the company as the table is where all of the magic takes place! 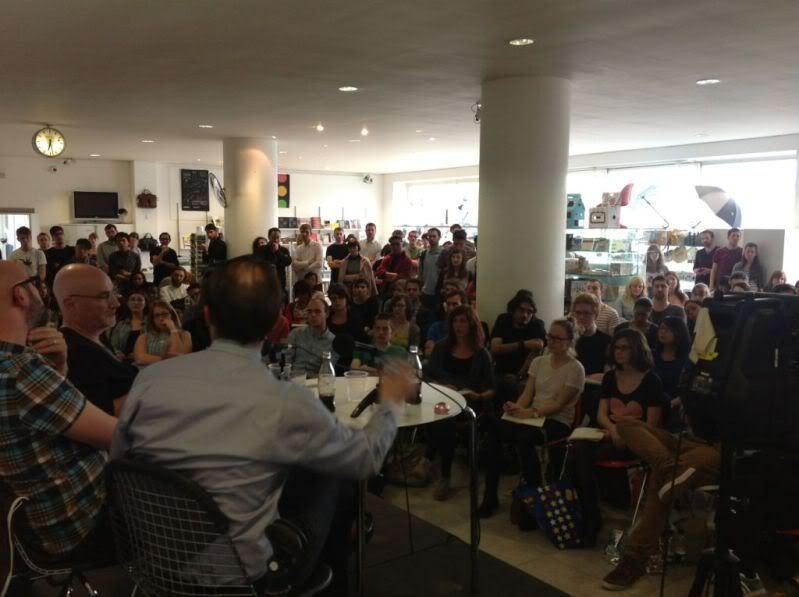 Image above is hot from the Design Museum’s ipad. Can you spot me? (lurking to the left of the pillar)

I love hearing anecdotes and there were plenty of interesting questions from the audience, resulting in some great advice from the creatives. I’ll be keeping all of the ‘How to start your own studio’ tips safe for when the right time comes, fingers crossed! Both Spin and Bibliothèque sound like great places to work – like a big families and not as scary as I had imagined at all. If either would like to adopt me… I won’t mind!

The Studio Culture book is available from Unit Editions and it’s half price at the moment!

Emma & I spent a couple of hours sitting at Trafalgar Square people watching and discussing future career plans, all fuelled by the designer’s liquor of choice – coffee (and hot chocolate for Emma)… 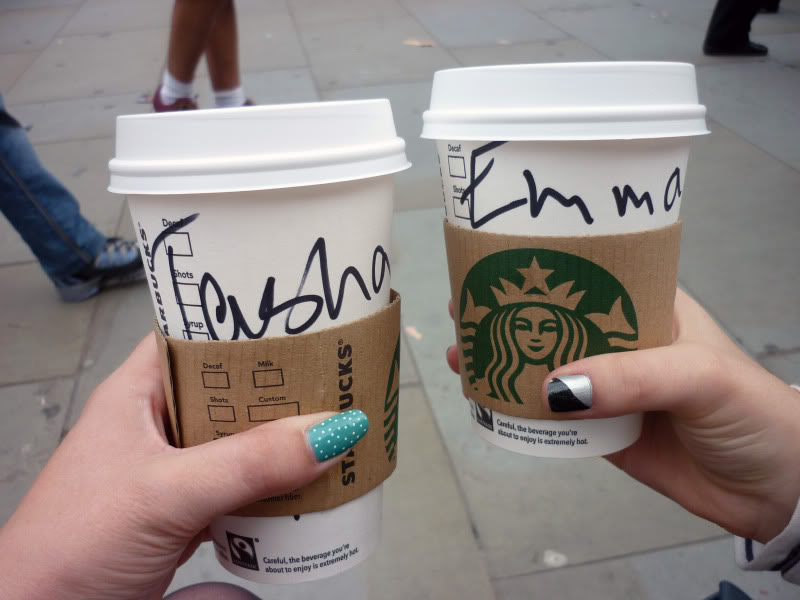 …cheers! And we even resisted giving silly names to the coffee barista, who was ironically named Cyndi Lauper!