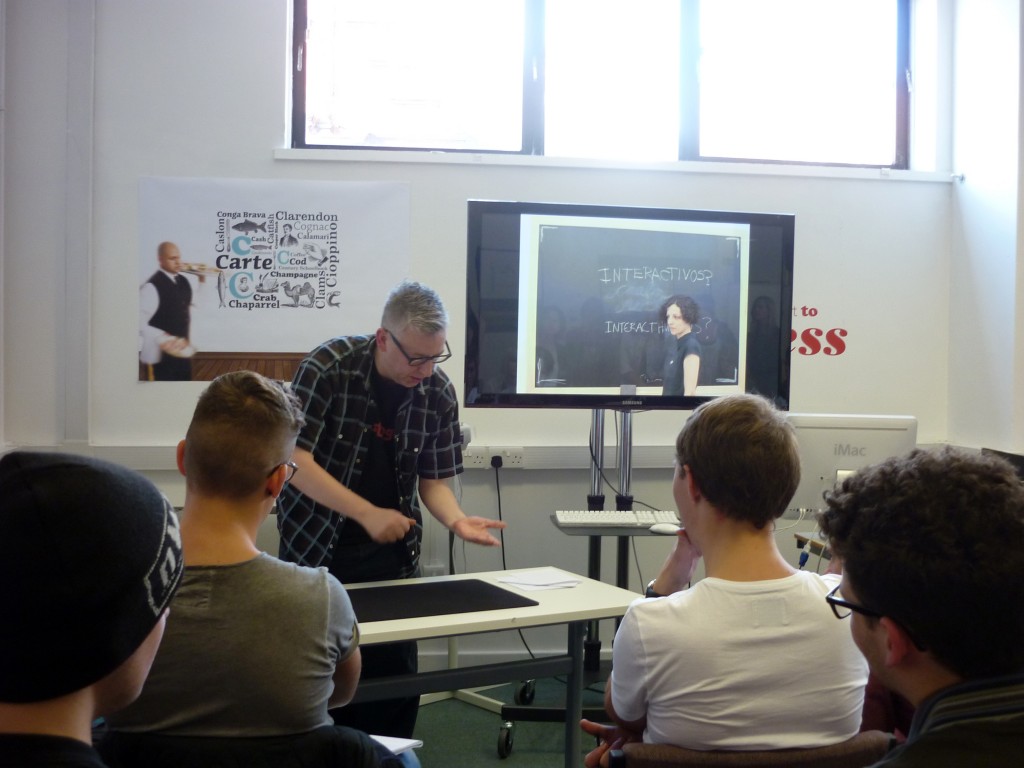 Two magic references in one week!? What’s happening to me? Today we had a mind stretching talk from magician-designer, Stuart Nolan. 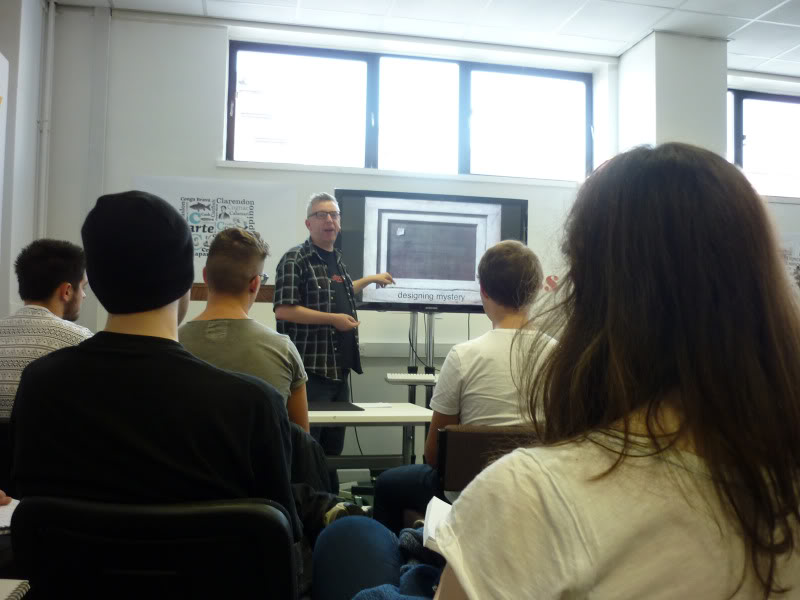 He spoke to us about the art of illusion, creating curiosity through design and even showed us a magic trick. You might think ‘What does that have to do with anything?’ but at the moment I’m working on an experience design project. To explain a bit more, the brief requires us to chose an object from a museum exhibition and improve the experience by using technology, sound, smell etc

Most of Stuart’s talk was about psychology and how the brain works, which is great for my chosen exhibition object and experience: fears and phobias from the Science Museum in London. 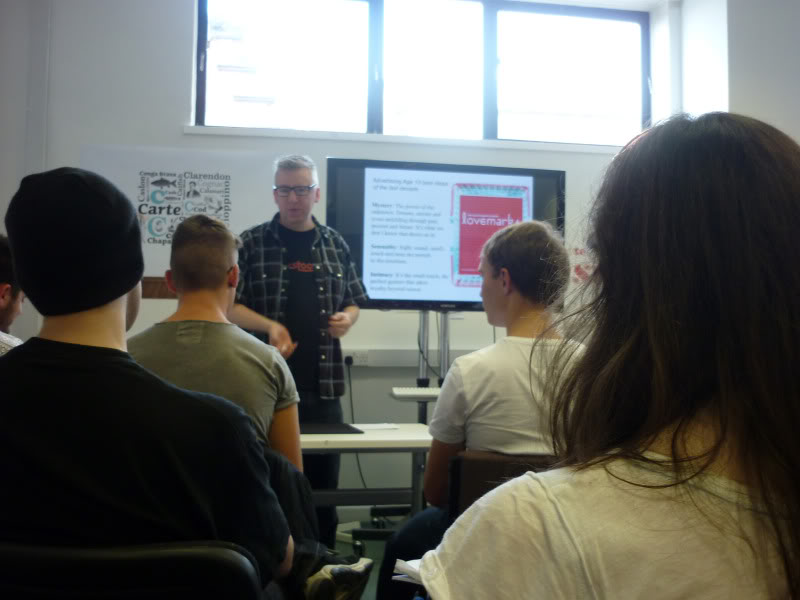 ‘All magic occurs in the mind of the audience.’

Stuart explained that as designers, we are mind readers; we have to predict what people will like. I hadn’t thought about it this way before but that is very true.

The power of mystery is the most interesting for me, as I’m quite a nosy person and intrigued about a lot of things. Stuart told us about ‘See the strange thing’, a travelling freak show experiment he set up: 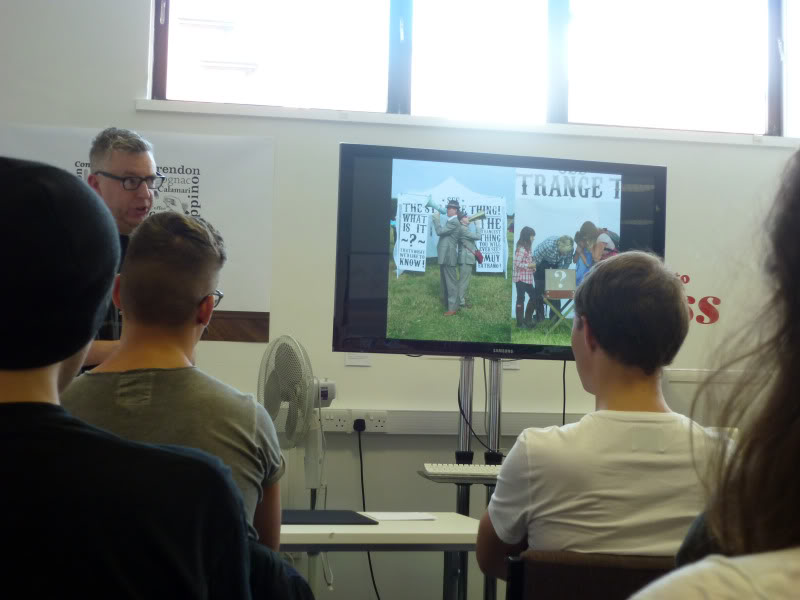 He set up a tent with a strange object in a suitcase and charged 5op to see it. The theory is that anything you can see for free is rubbish (although I love anything free) and so by charging just a small amount, people are more tempted to have a look – it’s only 50p so worth the chance. When people started to queue, other people joined because they were curious. It was generating publicity on it’s own, just from seeing other people’s perplexed faces. Things can spread really quickly through word of mouth, even to the point that when the tent visited France a baker made bread in the shape of the object and a class of school children were set a project to draw it. 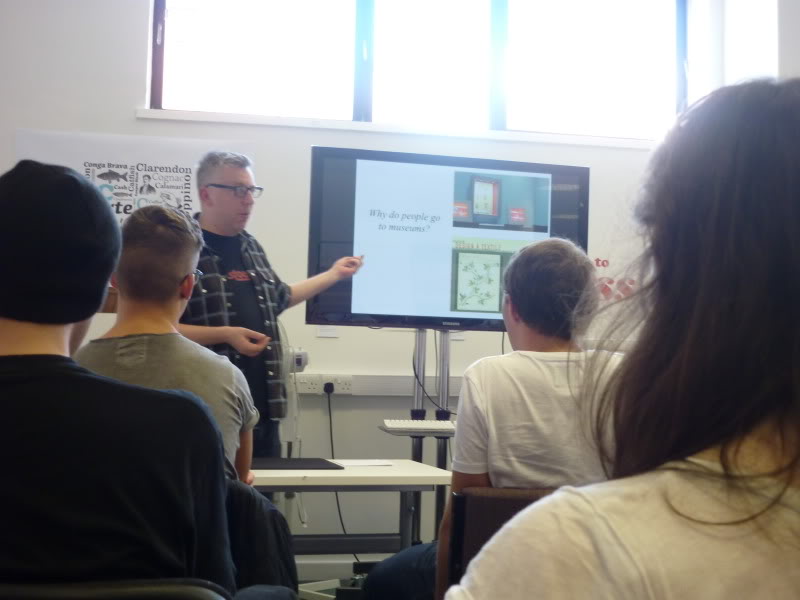 Stuart then shared some really interesting information about museums and the behaviour of the visitors. I guess I’ve never really thought about it before but just things like there being a lot of pressure to see everything in the museum and the structure of the visit: first 20 mins planning and sorting the group out, the next 20 – 40 mins reading and looking at everything in detail and then after that concentration is lost so the rest of the visit is rushed.

Stuart also explained how it can take visitors up to 40 mins between deciding to leave and actually leaving the museum because they get distracted: ‘Oh I just want to see this before we leave…’ That’s good exhibition design – controlling the viewers attention and focus.

This led onto the magic: 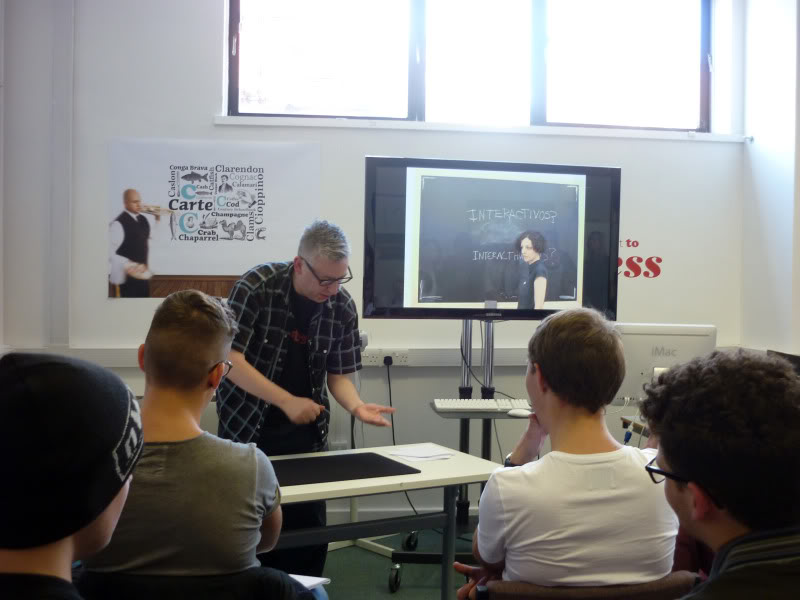 He showed us a magic trick using 2 paper balls. Once he had finished everyone was silent with amazement. Stuart said that this often happens as people are trying to work out how the trick is done and it’s not until 5 seconds later that they clap. The most important part of magic is distraction – moving the focus of the audience away from where the trick is taking place.

Our minds are very clever (I’m sure you already knew that), so clever that they can predict the future and fill in our vision when we are blind. ‘Blind? There’s nothing wrong with my vision,’ you might say, but actually, when you are catching a ball, your eyes jump from one place to another and you are blind for 0.2 of a second. In this 5th of a second, our eyes are predicting where the ball will land so that you can catch it. Pretty interesting, hey?

At some point in your childhood/life you’ve probably been to a Disneyland resort (and if not, then you need to!). I doubt you noticed at the time, but Disney are very clever with subliminal messaging. Stuart showed us some photos of parts of the park and from decoration on the buildings to the aerial shape of the park, Mickey mouse shapes can be seen everywhere! 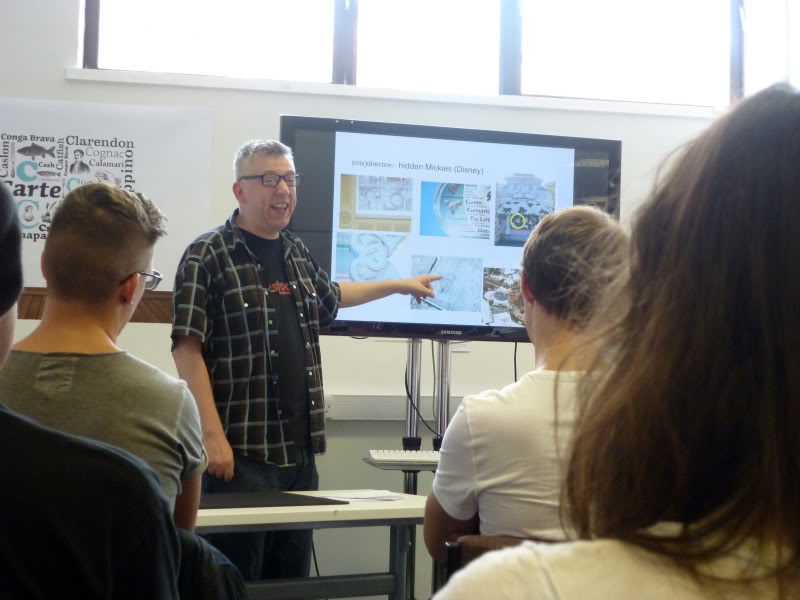 It was such a great talk from Stuart – really interesting and it definitely opened my eyes to a lot of psychological tricks which will help me with my experience design. Thanks Stuart – I hope we laughed at your jokes enough. For more info, visit his website.