A little while back I did a behind the scenes post from the photo story shoot in the group project (Divide magazine). We had such a laugh on the day and had so many great shots that when it came to selecting a few for the magazine, we had such a hard task! It turned out so much better than we had imagined, so it would be such a waste not to share them with the world. Enjoy: 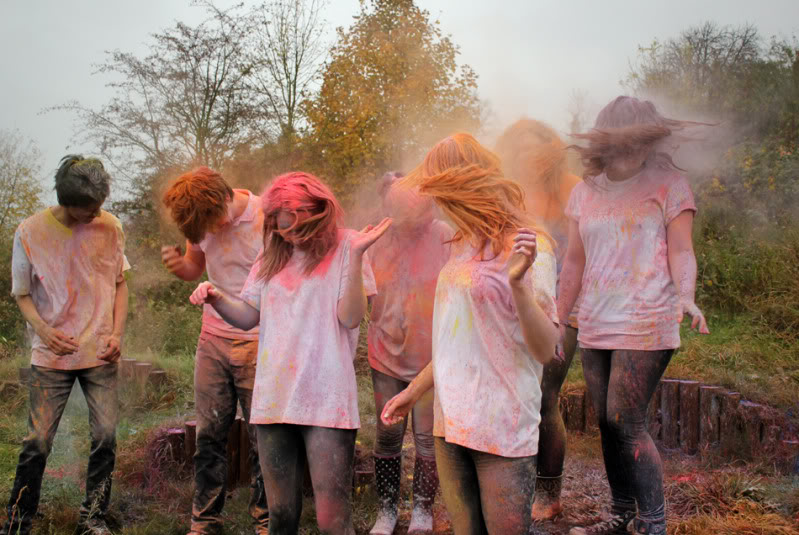 Some of them are pretty awesome, don’t you think?

The theme of the photo shoot was ‘Austerity Measures’. We chose to interpret the situation with politics & the government by having a paint fight. The paint symbolises all of the rubbish that we just have to stand there and take. Towards the end, we began to rebel and fight back. This tied in with our magazine’s motto of being active rather than passive.

As well as the polished, digital images, we used lomo for a different effect: We also produced a short film which shows all the action:

So, what do you think?