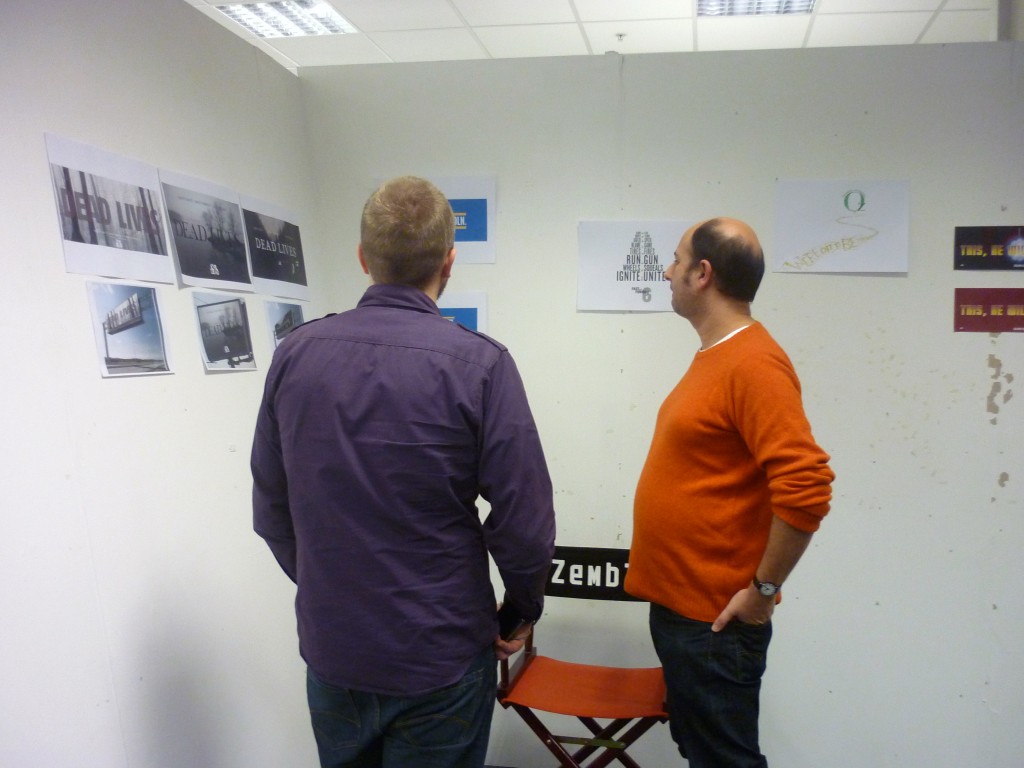 Monday and Thursday of this week, whilst the tutors are assessing our work, we had seminars with visiting copywriter David Sandhu. We tried our hand at copywriting for the YCN briefs (industry trust and i newspaper – which I still need to blog about!) last year, but obviously it’s something that we still need to work on – practice makes perfect!

On Monday, we looked at William Bernbach’s iconic VW ads as well as creating a radio advert script for a celebrity chef to promote a new smoothie. Each group was given a different chef, with a different approach to how they present themselves. My group attempted to write for Gino D’Acampo, an Italian chef. We tried to make the script cheeky and aimed at women, who are the target audience for Gino’s slot on day time TV programme, This Morning. Other groups wrote scripts for Gordon Ramsay (featuring mostly beeps), Jamie Oliver (with a family friendly chatty style) and Nigella (famous for her seductive tone) which Tom enjoyed reading out maybe a bit too much!

We also thought of a new strap line for an existing brand. For this, Emma, Lucy, Amber & I tackled the University of Lincoln which was harder than we expected it to be. Playing on the fact that lincoln is quite a small place but has a lot to offer, Emma came up with ‘Small city, big opportunities.’ – short and simple.

Thursday, David set us the task of writing 50 words for a local business to use on their website. I chose the Lincoln Drill Hall as when I looked on their website I couldn’t see anything very catchy that summarised what they offered, it was just a list of activities:

I came up with:

‘A hub of entertainment, Lincoln Drill Hall has something for everyone. Whether you’re looking for a creative morning workshop for the kids or an evening of laughter, our programme will keep you entertained all year round. We support musicians, artists and comedians from the local area too, so come and be a part of the community.’

We also worked in groups to create a typographic billboard for  film that was to be released in 2013. We watched the film trailer and then tried to think of something short and catchy to grab attention and create a buzz for the film. Emma, Amber, Lucy & I chose The Hunger Games: Catching fire which is the 2nd film of the series.

We looked at using and adapting quotes or references from the first film which the fans would recognise, whilst tying them in with the theme of the new film. 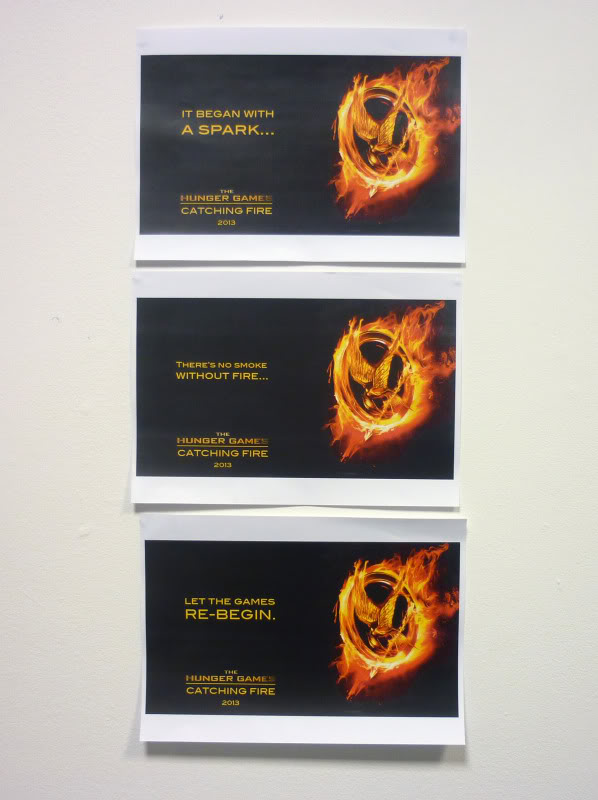 ‘It began with a spark’ is in reference to the romance between Katniss and Peeta that changes the Hunger Games by allowing there to be 2 victors.

‘There’s no smoke without fire’ is in reference to the rebellion that spreads due to the romance.

Other films tackled included Iron Man 3, Oz, Evil Dead and The Great Gatsby. Our tutor Chris popped in to see how we were getting on and David talked through some work from the morning group (Team Emigre): 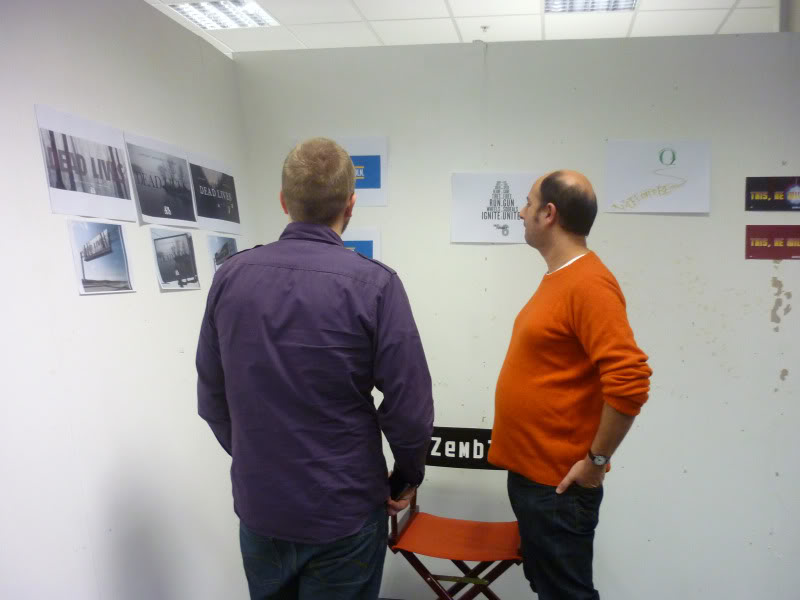 Tom and Ryan talk through their idea for Oz: 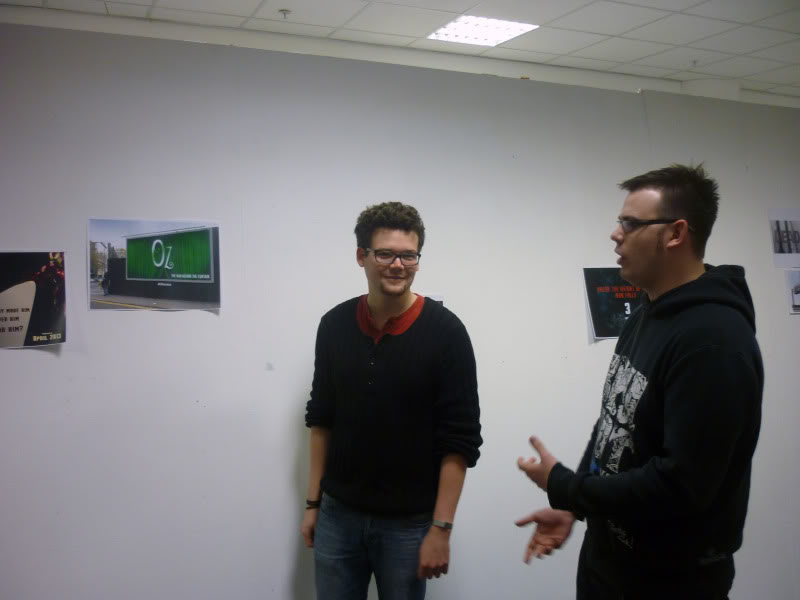 It was a good idea to have the workshops with David, as I know the next briefs we will be tackling are either from the D&AD, YCN or Creative Roses student awards so copywriting will play a part in the success of our work. Thanks for your help David!