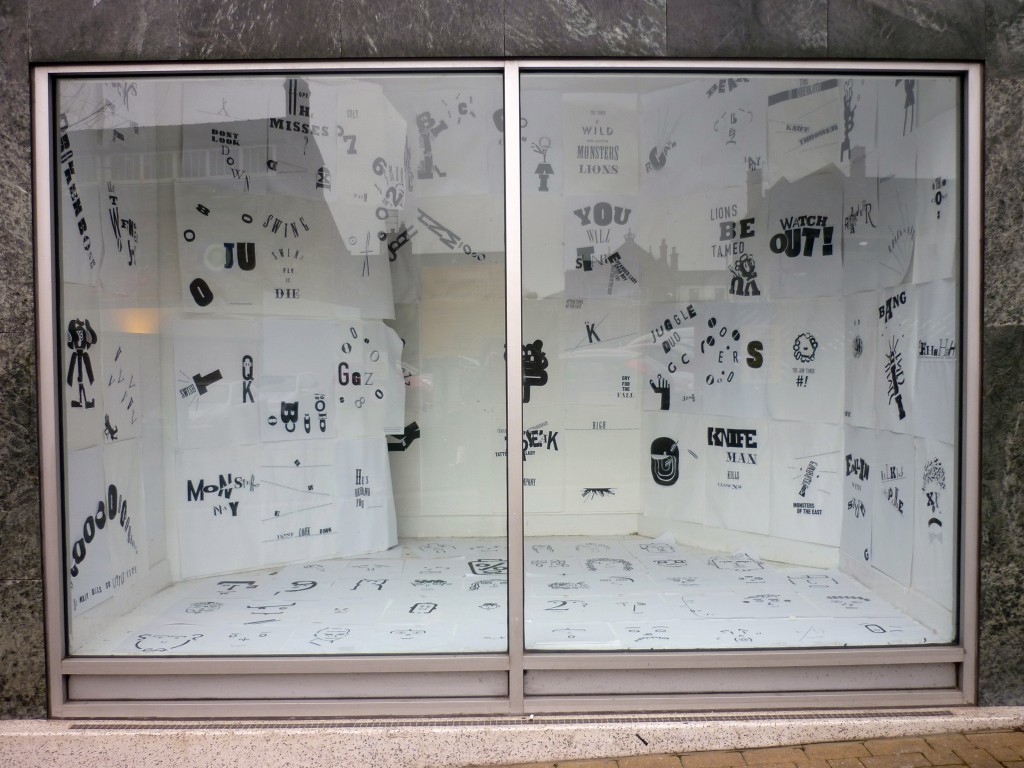 It’s a new year and a new window display! Out with the skulls and in with the circus: 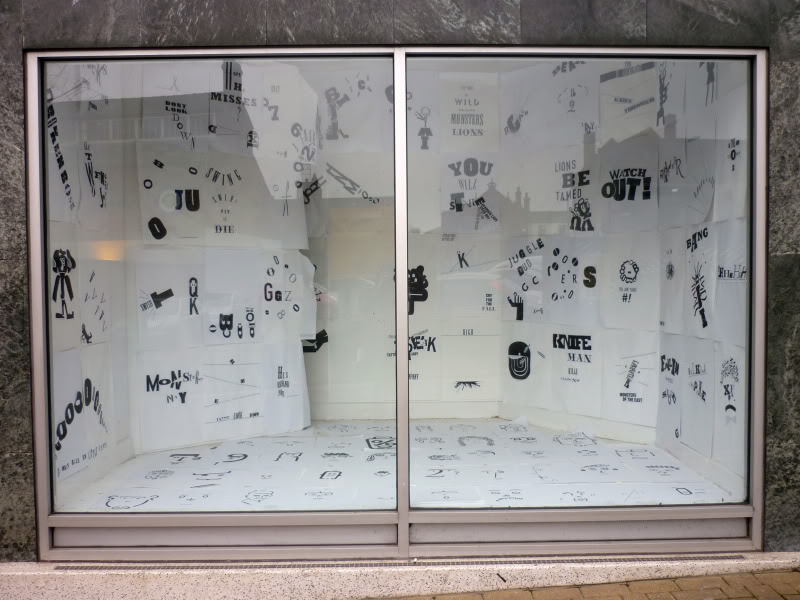 I posted back at the end of November about Barrie’s circus coming to town with the 3rd years undertaking the ISTD briefs, and some of the work from that session is now being displayed in the window: 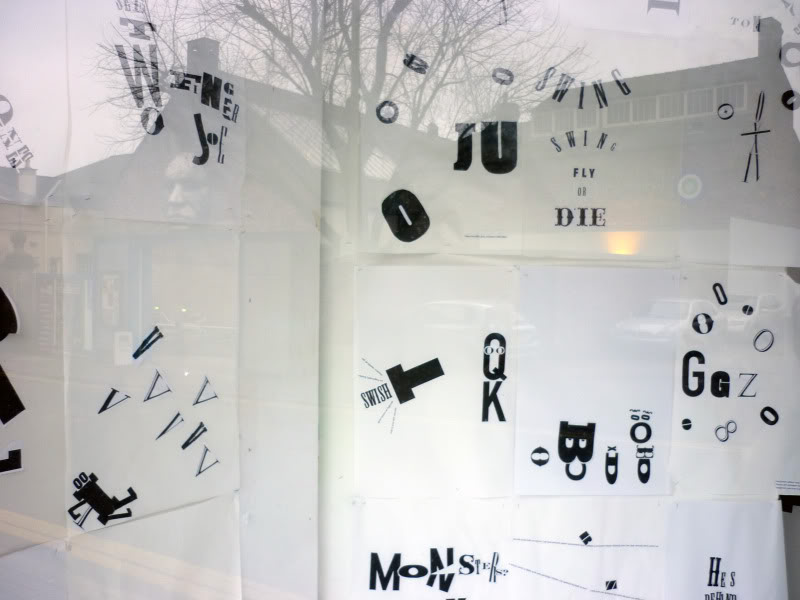 It’s kind of a collaborative window, as covering the floor are some typographic faces which the 1st years produced in their first week: 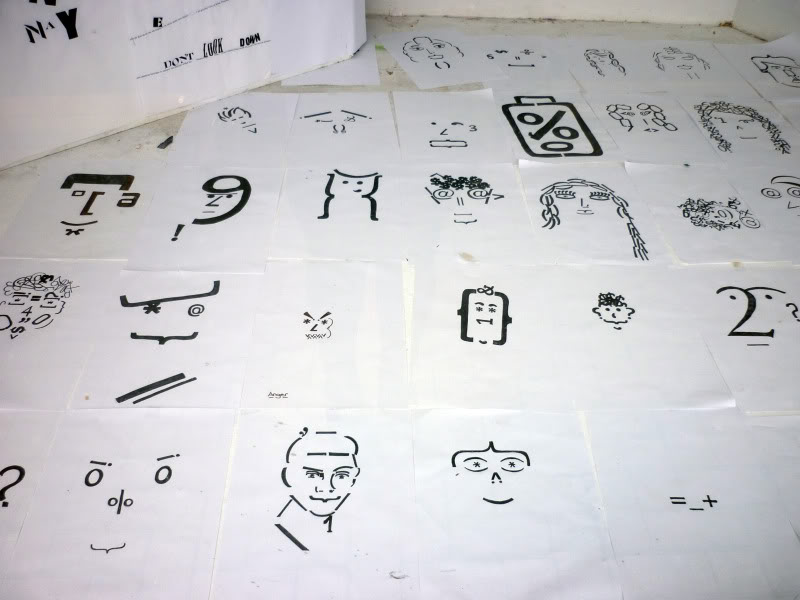 The 3rd years have now finished their ISTD projects(won’t post until after the deadline though as it’s a competition), but Barrie & Philippa are now starting to work with the 2nd years on the briefs so I’m excited to see what they produce.