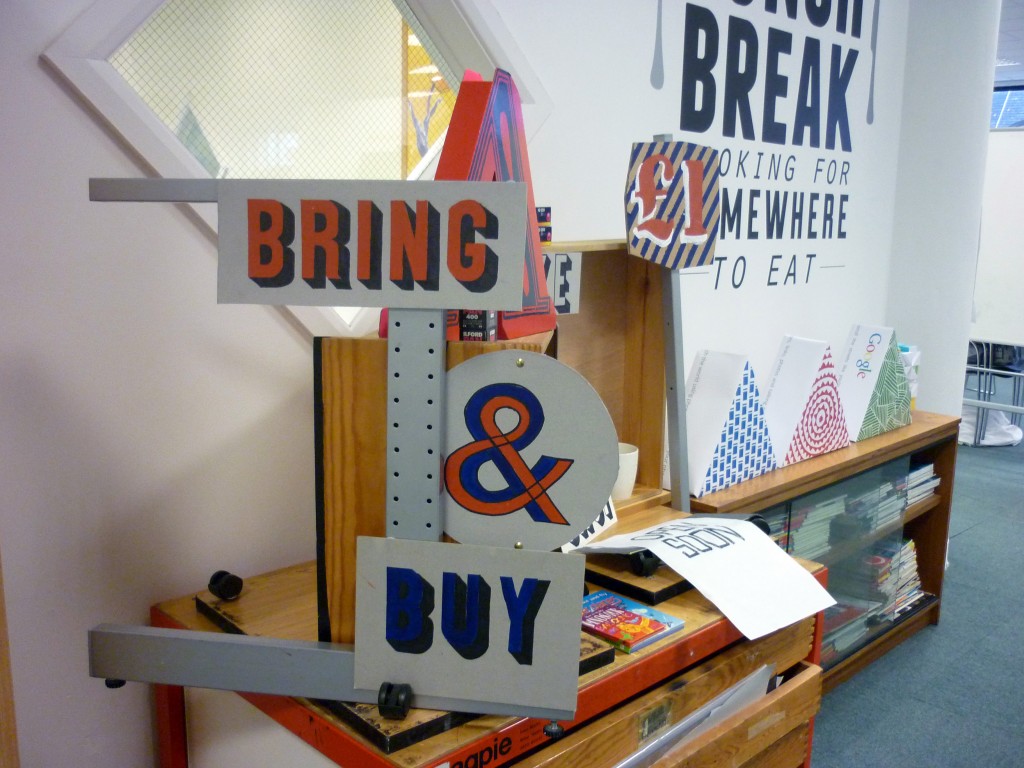 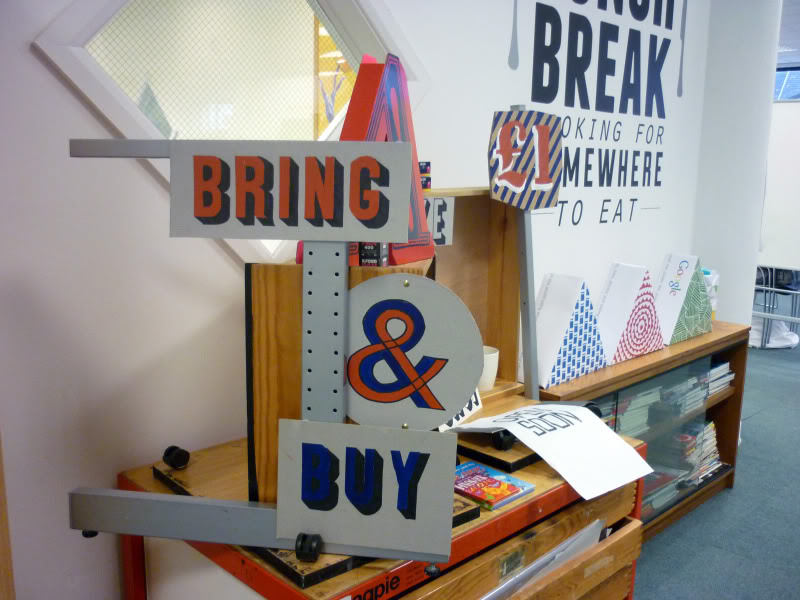 Today marked the grand opening of the Lincoln GD 2013 bring & buy stall. Shopkeeper Dave, has arranged a Morag-esque style stall outside the canteen where people can donate unwanted things which others can buy for £1. It’s the first event in a series of fundraising ideas for our end of year show. 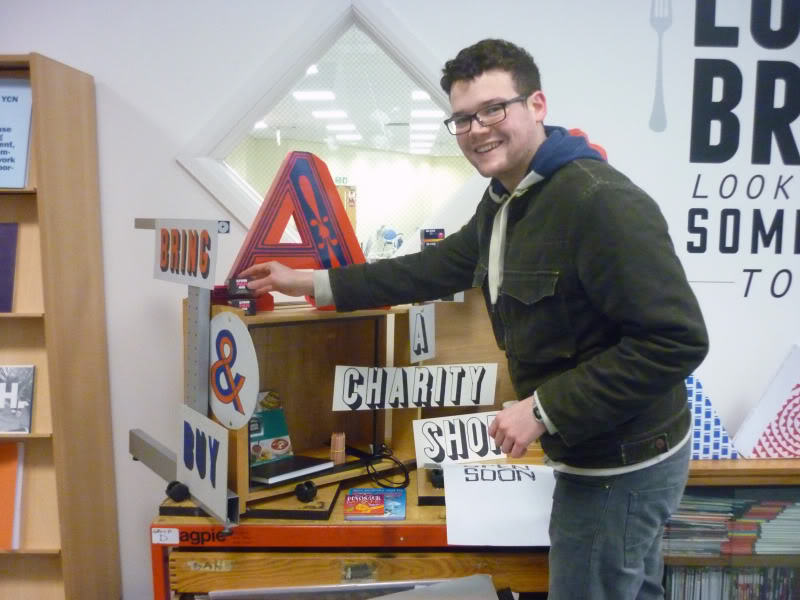 Above, Tom donates 2 b&w films, 2 colour films and a Starbucks mug. I donated the letter A, a baked beans recipe book and a 2013 diary.

T and Harry check out the items in the browsing period: 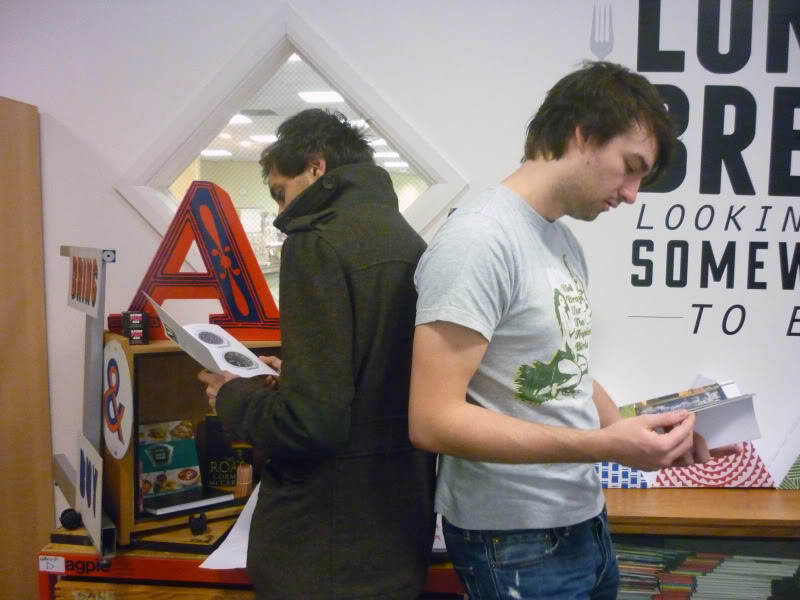 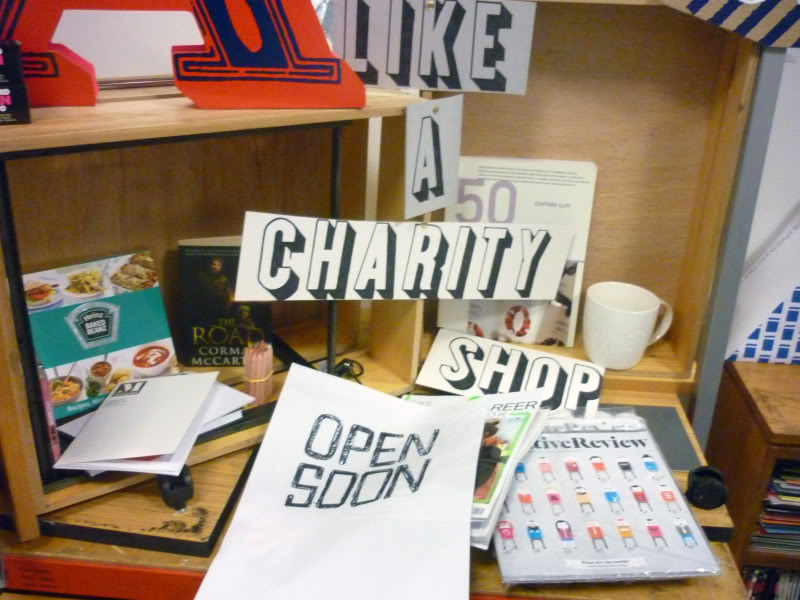 When shopkeeper Dave opened the stall, a large crowd gathered and were eager to bag a bargain! 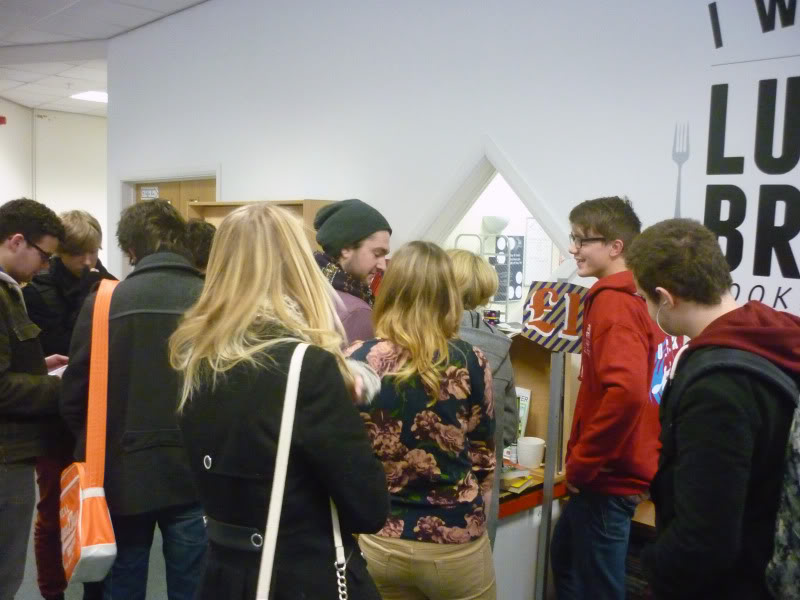 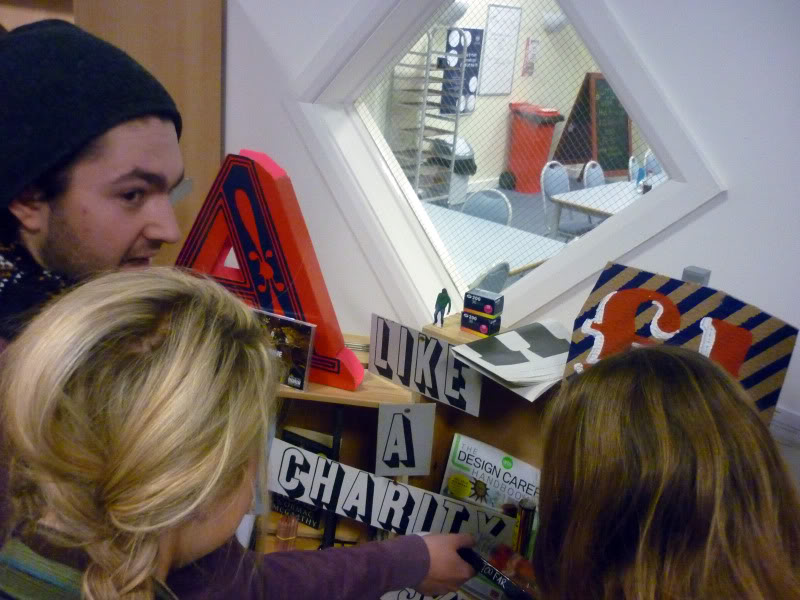 I bought the Computer arts Design career handbook, which I thought was a total bargain for £1! Great to see people getting involved in the first fundraising event!