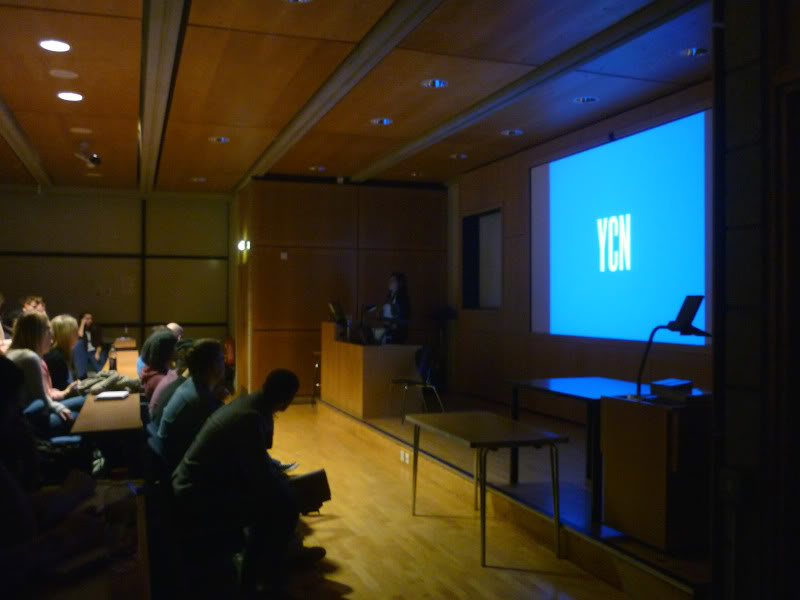 Today students gathered for the first talk of the Chitter-Chatter series. Zoë from YCN came to talk to us Lincoln creatives – a great way to start off the series!

Zoë began by introducing YCN; explaining what they do and the different ways they help young creatives.

Since 2001 YCN have worked with companies to provide live brief opportunities through their Student Awards. This year there are 21 companies who have set briefs, ranging from Ugg and Lego to Yahoo. 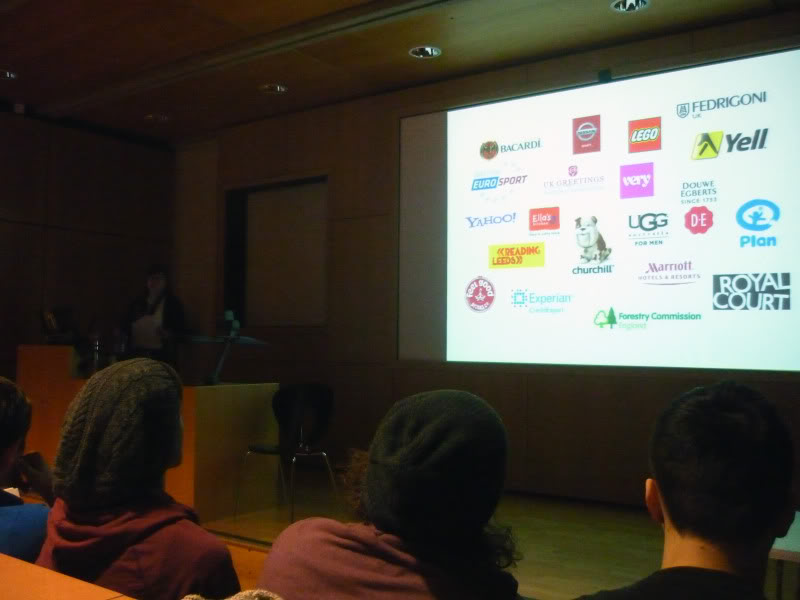 Earlier on in the year, the 2nd years worked on the Plan UK brief and some 3rd years have worked on the Forestry Commission brief recently, but it was interesting to hear about the other briefs. Zoë told us about the moment that the Lego brief came through – everyone in the studio high-fived! 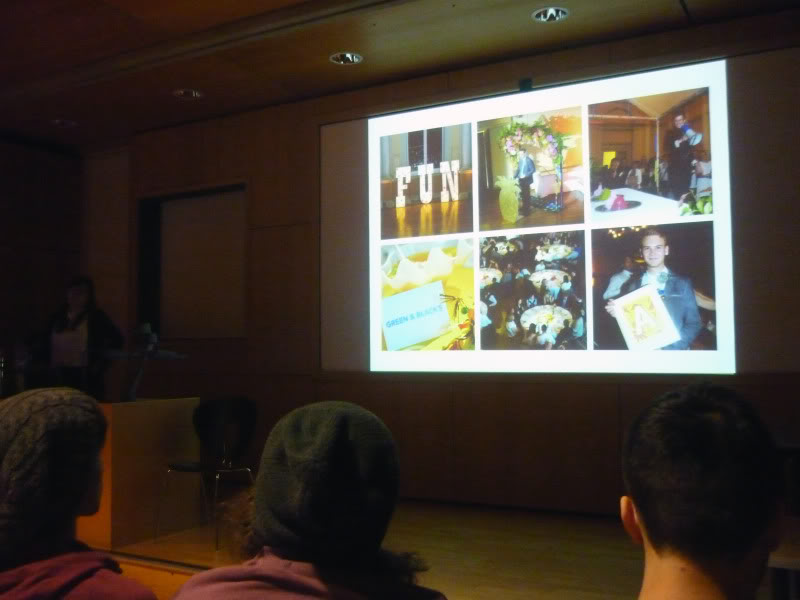 Zoë also spoke about what happens if you’re successful with the briefs – the YCN awards ceremony, which has a different quirky theme every year. Lincoln has a great track record at the YCN awards and the year just passed (2011/2012), Lincoln’s Hannah Cobbe was named as YCN Student of the year!

Not only is it a fun evening, but could also lead to your work being created by the brand like Laura Bittles from Falmouth. She worked with YCN’s in house studio to produce her i newspaper campaign for commercial usage: 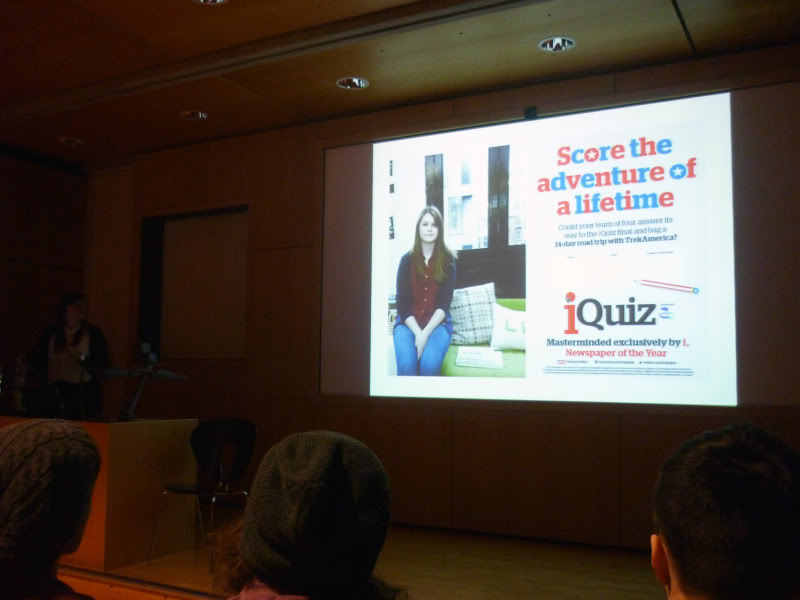 Annotation and layout were highlighted as important factors to think about when submitting your work and Zoë also advised to ‘make sure your idea is clear because you won’t be there to explain it.’

YCN’s in house studio has been established for 4 years now, with 7 designers on the team. They work on a variety of projects, from publications… 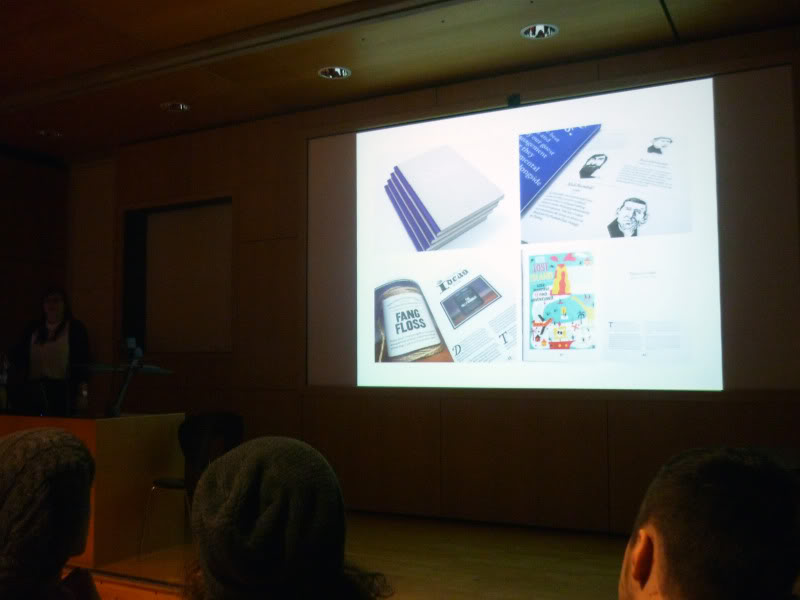 …to viral christmas ads for Arsenal! 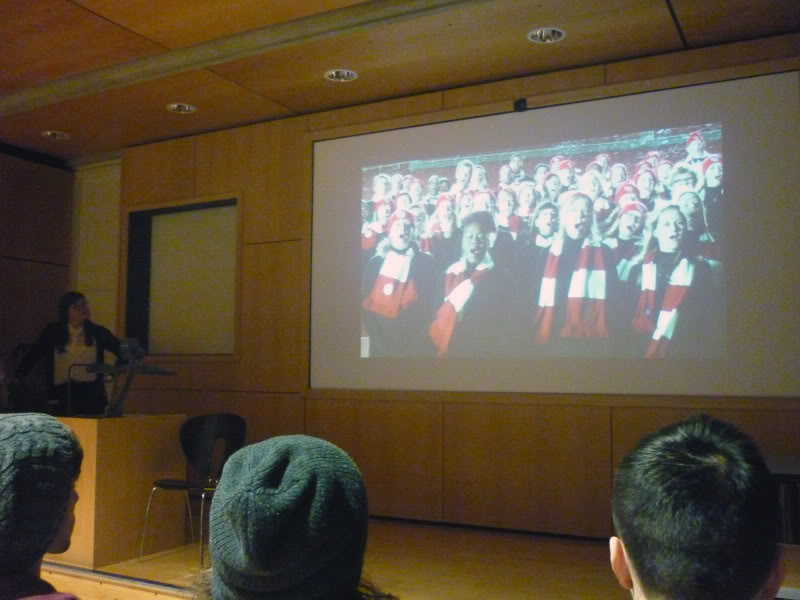 All this happens above the gallery, shop and library at the YCN headquarters in London. I’ve been before and it’s definitely worth a visit if you’re in the area – 72 Rivington Street. 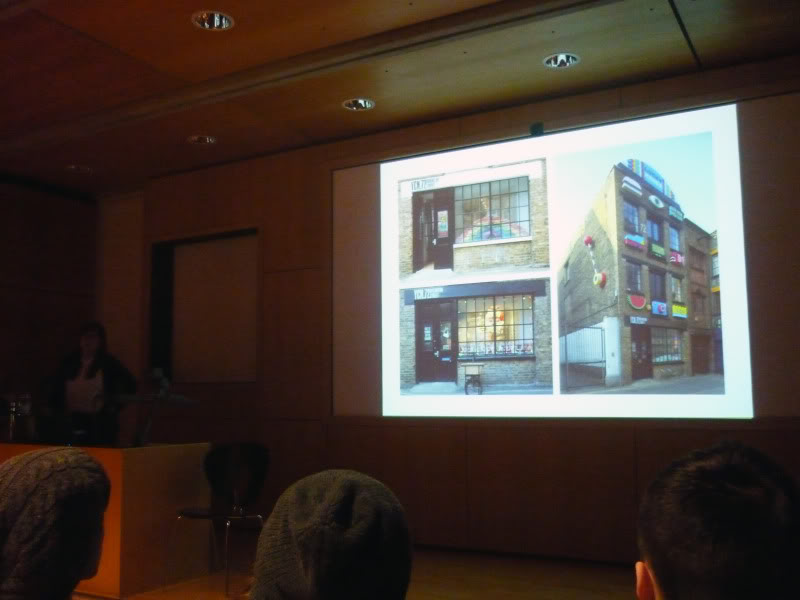 YCN have been hosting a range of events and workshops in their shop – ‘Summer of learning’ and ‘School at YCN’ to name a few. In collaboration with Shoreditch house, YCN have also put on the ‘You can now…’ series, with talks about publishing a magazine and working in music so far. 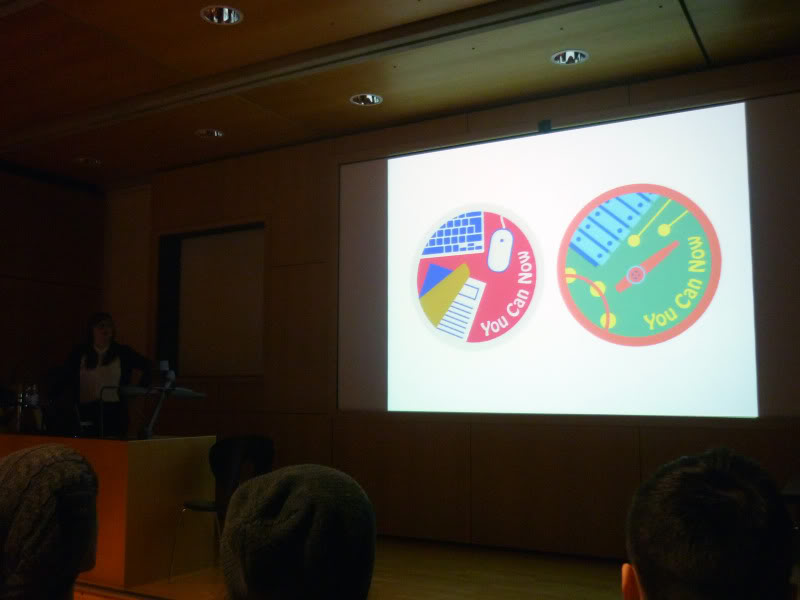 Luckily for us, YCN like to keep busy! Accompanying Zoë, were 2 representatives from Experian who came to talk to us about the brief they’ve set. They began with questions and facts about credit scores which I thought was a great introduction to the brief – the designer toys went down well as an incentive to get people involved too! 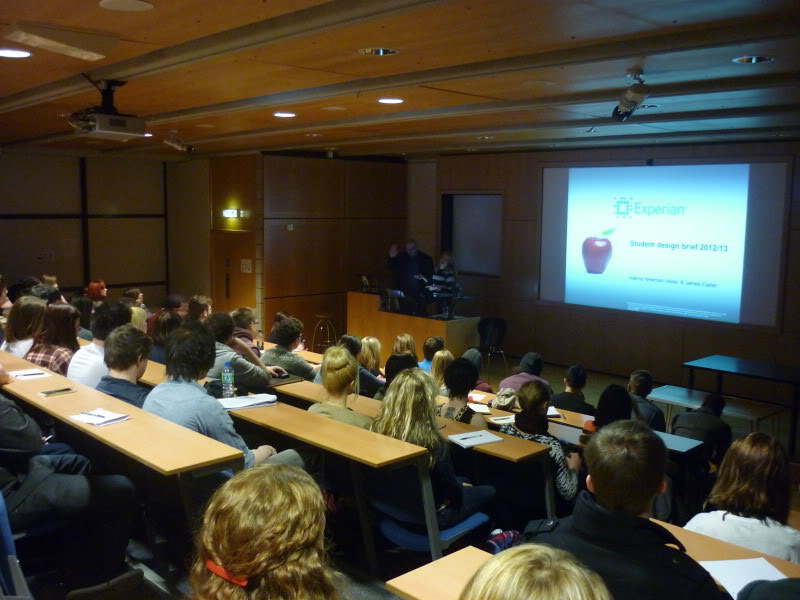 Experian are looking for an animation to engage with a new target audience – young adults in their 20s. They showed examples of past ‘bad’ adverts: 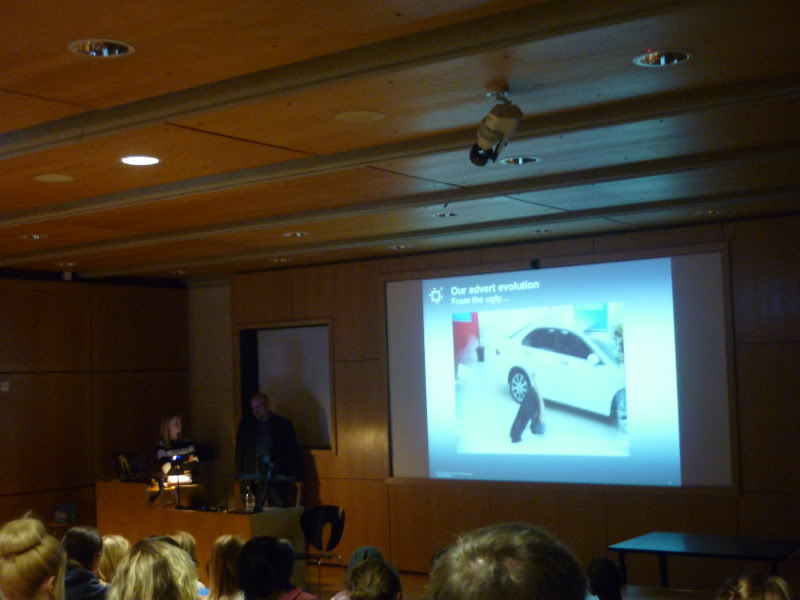 and ‘good’ adverts to help set students on the right path for the brief. 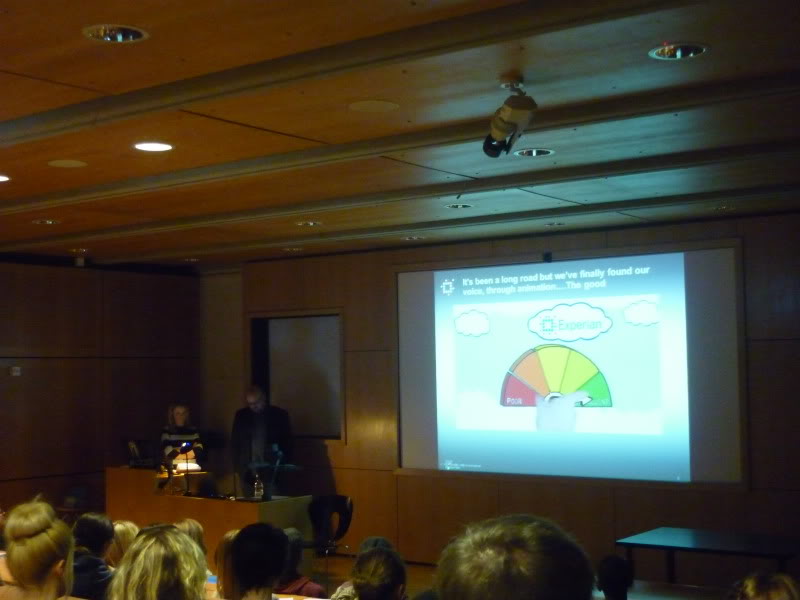 Thanks to Zoë and the guys from Experian for coming to see us at Lincoln. After the talk, we emerged from the lecture theatre to find it a blanket of snow: 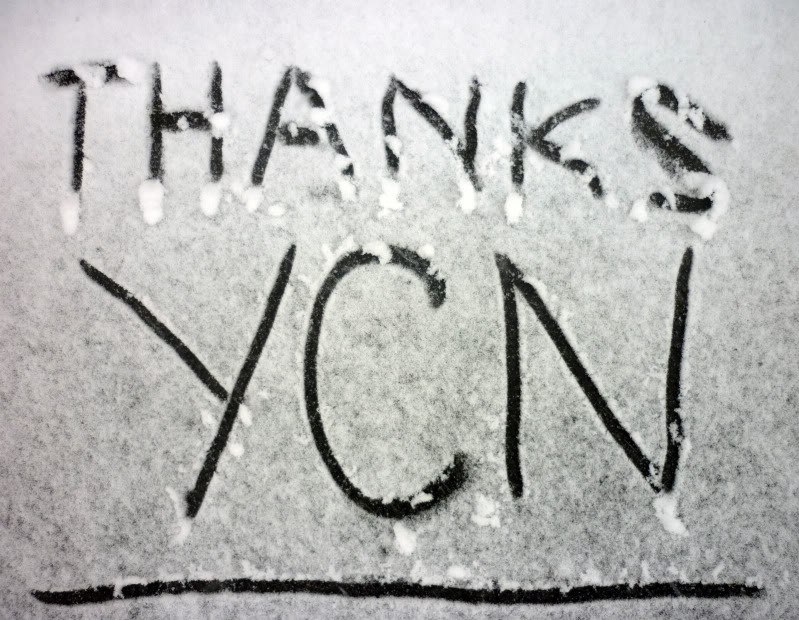 It was a great turn out for the first talk – I spotted a lot of 1st & 2nd years which is brilliant news! Hopefully everyone enjoyed today and is looking forward to the rest of the series.

Remember, the next confirmed talk is from Manchester based studio, RAW on Wed 20th March. Tickets will be available soon for just £3 from the Chitter-chatter team – Sam, Talveer and James. I look forward to it!