It seems like a long time ago now, but before Christmas I started working on the ISTD Sound Bites brief. After listening to several of the clips, I found swearing was a common theme and an interesting one at that. I’m not really much of a swearer, but I definitely learnt a few words during this project!

I packaged my work up on Tuesday and this weekend it is auditioning at the judges houses – has it got the ISTD factor? Let’s hope so – keep your fingers crossed for me! 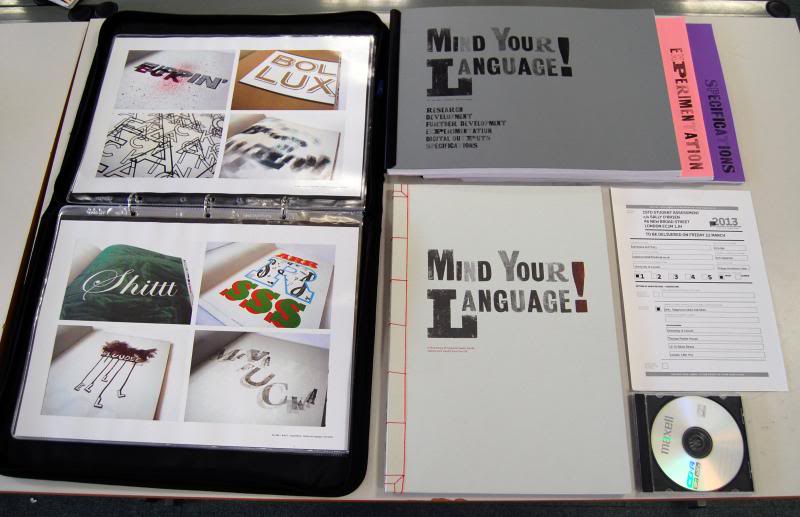 Mind your language! is my dictionary of swear words and taboos from around the UK. It’s A3 in size for a big impact, like the swear words contained inside! 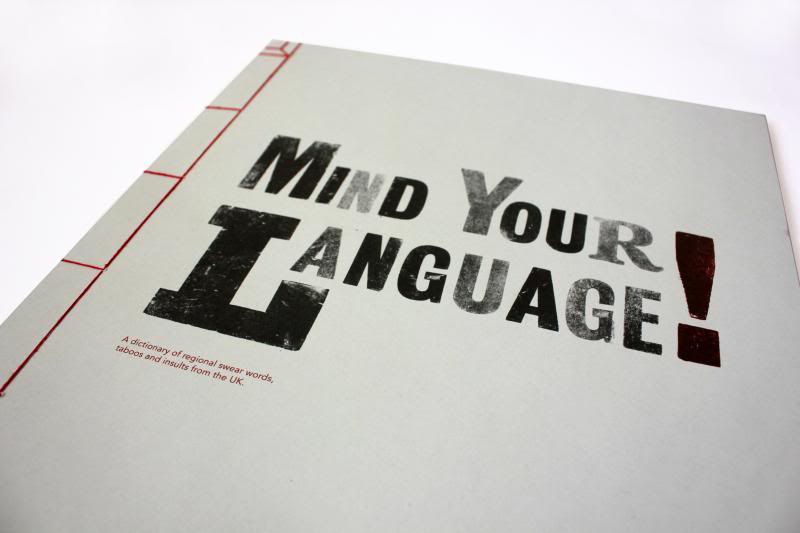 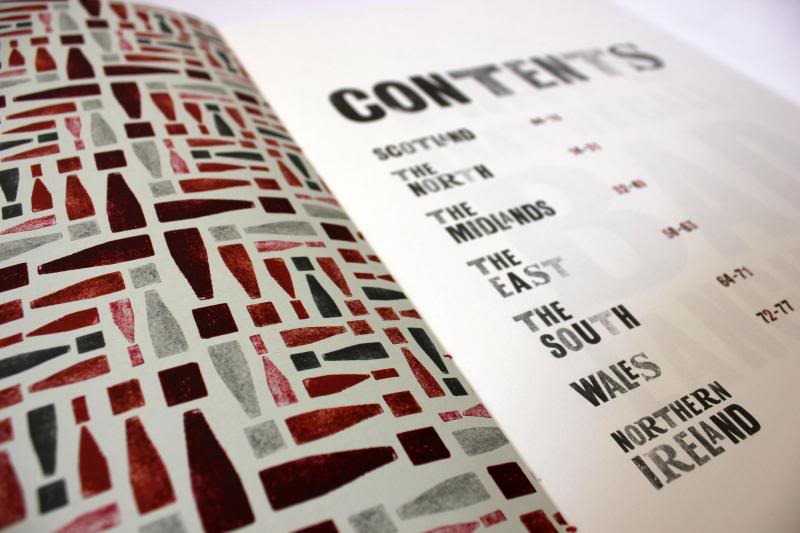 I used a selection of woodblock type to create the titles, quotes and end paper pattern of exclamation marks.

I divided the UK into sections to make it easy for the reader to navigate the dictionary: Scotland, The North, The Midlands, The East, The South, Wales and Northern Ireland. 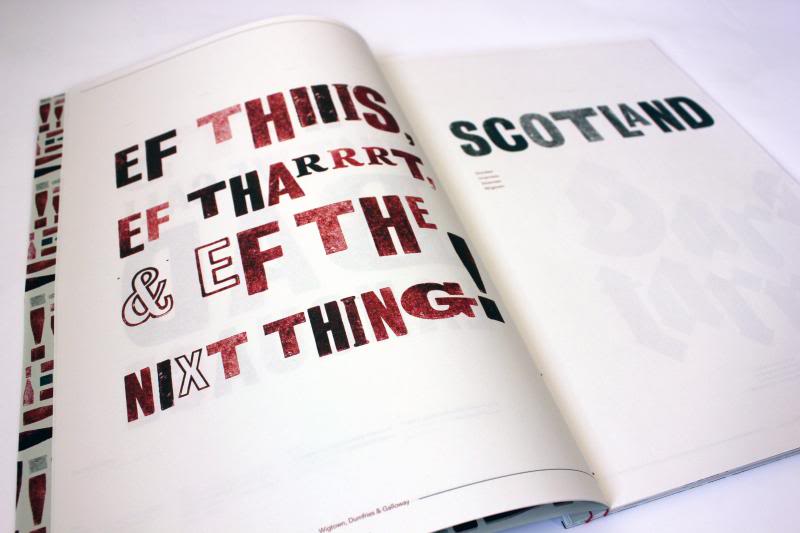 The left hand page contains the definitions and the right, the experimental visual of the word: 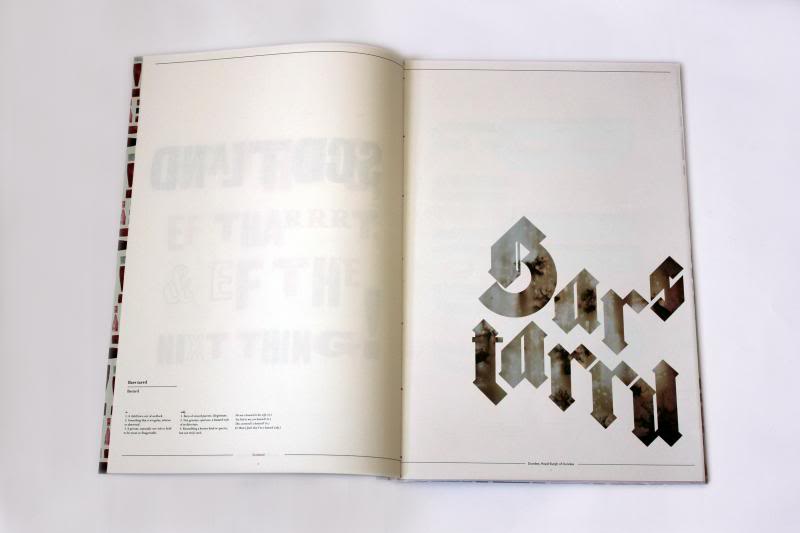 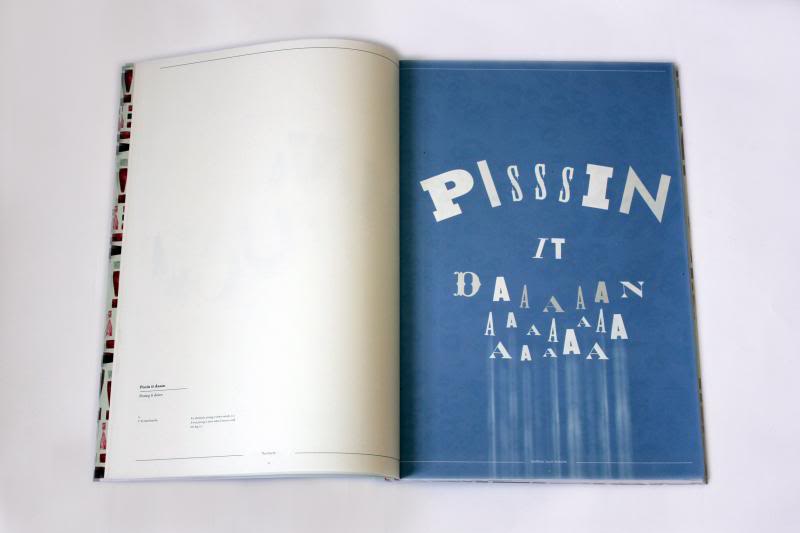 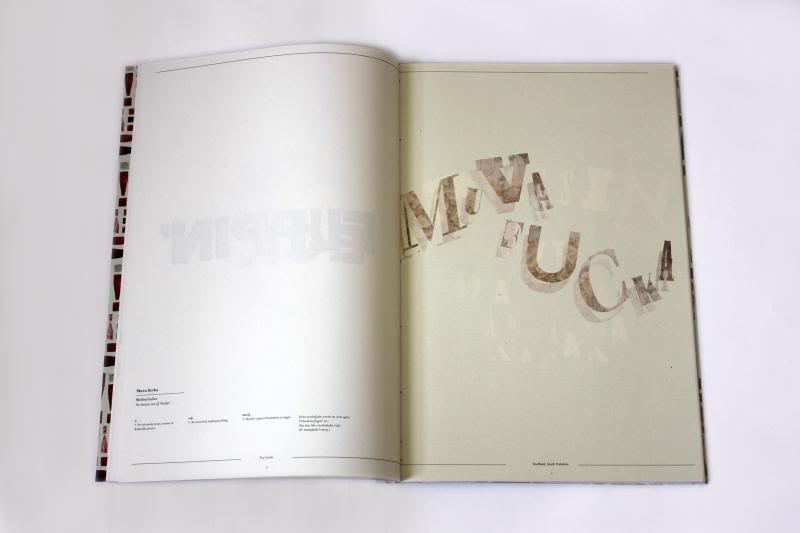 It was good fun listening to people discuss swearing and then transcribing how the words are spoken. I’d never really thought about it before, but found it  interesting to hear about the changing attitudes to swearing – generations and regions all have different opinions. One word could be considered very offensive in one area but be part of everyday language in another. 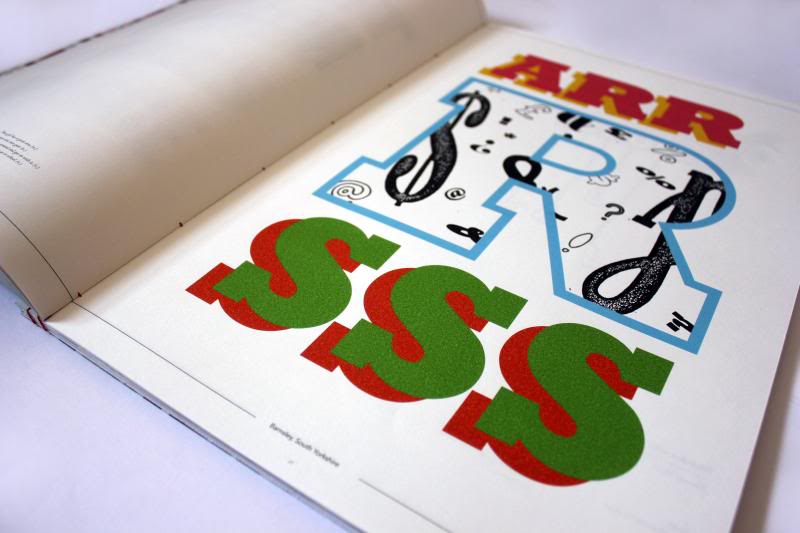 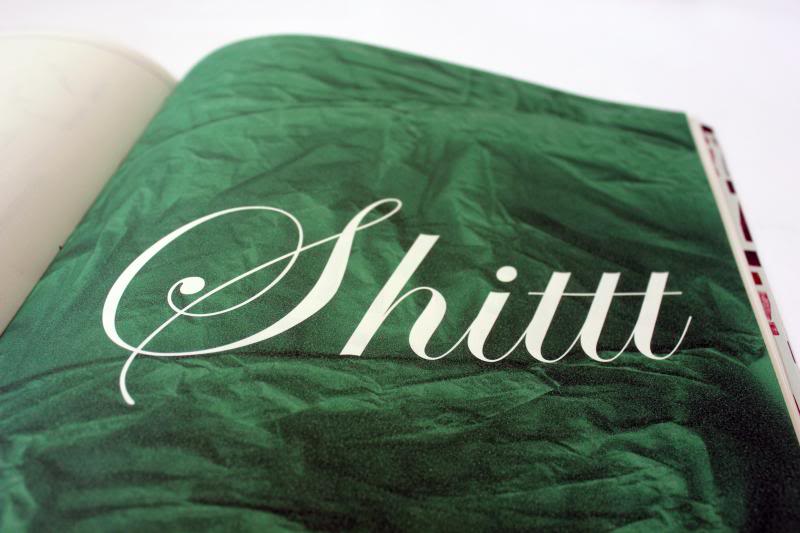 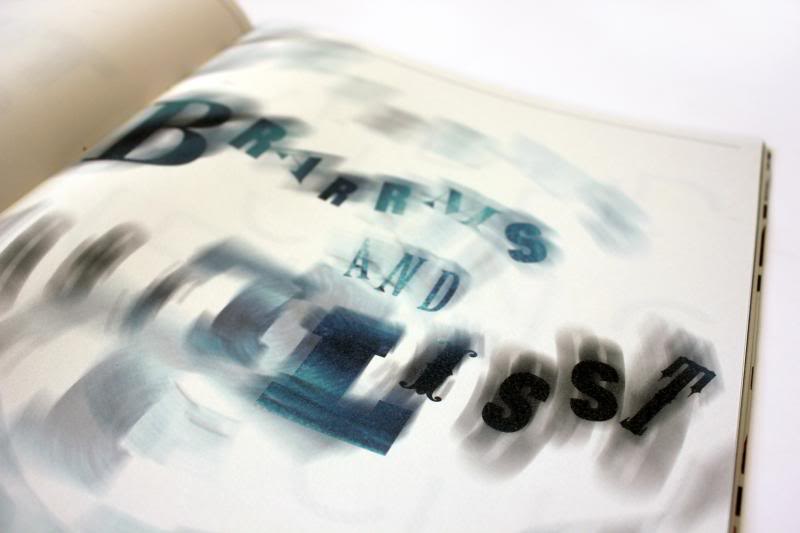 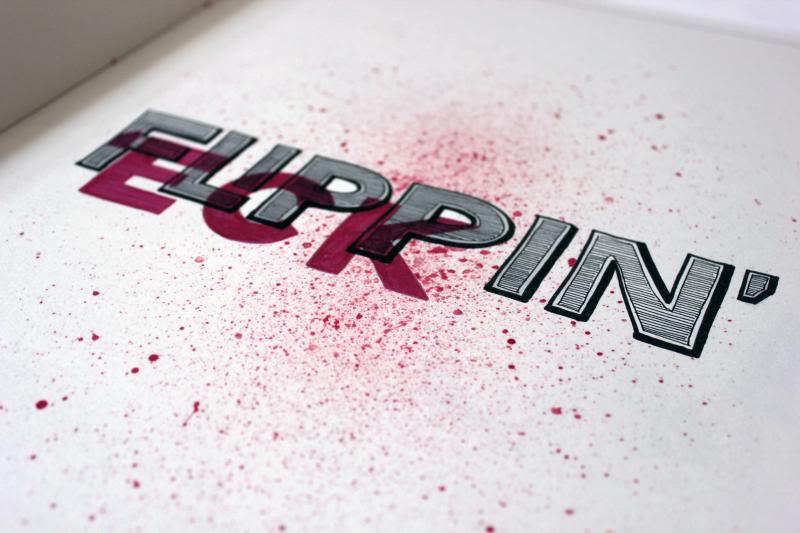 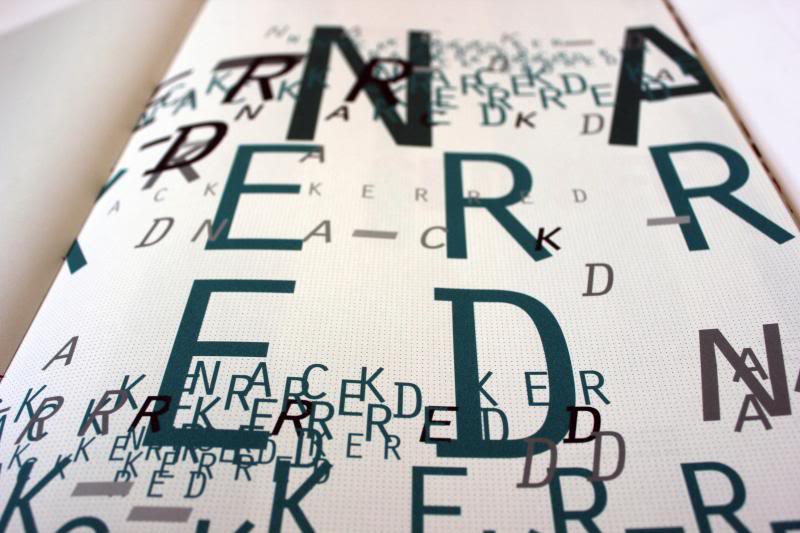 My tutors, Philippa and Barrie, said that when they were marking it for assessment, they were sounding out the words – which I can just imagine and makes me smile. I hope everyone reading this had been doing the same too, even if it’s just in your head.

As part of the definitions, I wrote some examples of how the words would be used in conversation – that was interesting! Ha 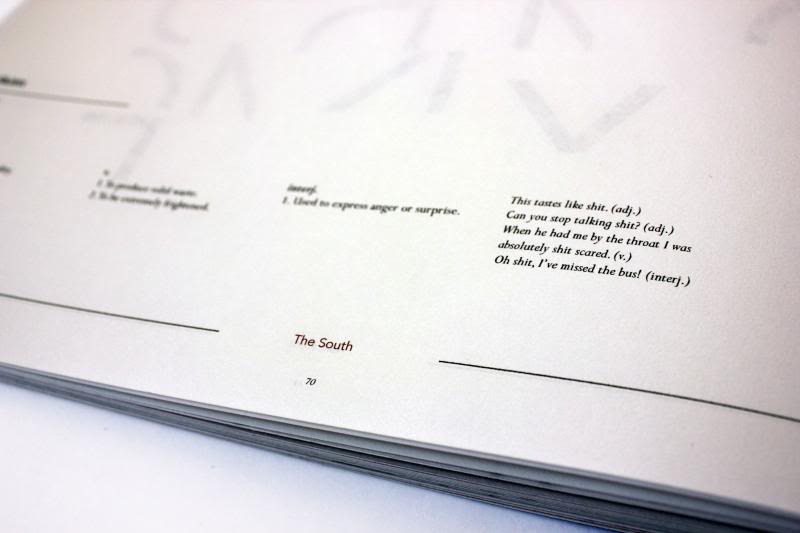 This tastes like shit (adj.)
Can you stop talking shit? (adj.)
When he had me by the throat I was absolutely shit scared. (v.)
Oh shit, I’ve missed the bus! (interj.)

All good fun! So what’s the conclusion? Whether you think swearing is inappropriate and show a lack of vocabulary or is a healthy way to emphasise your feelings… 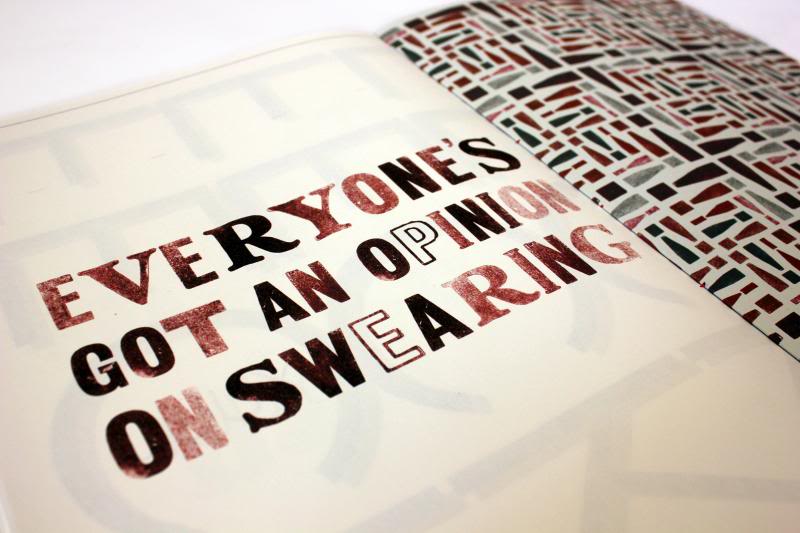 … everyone’s got an opinion on swearing!

To finish, I japanese stab bound my dictionary: 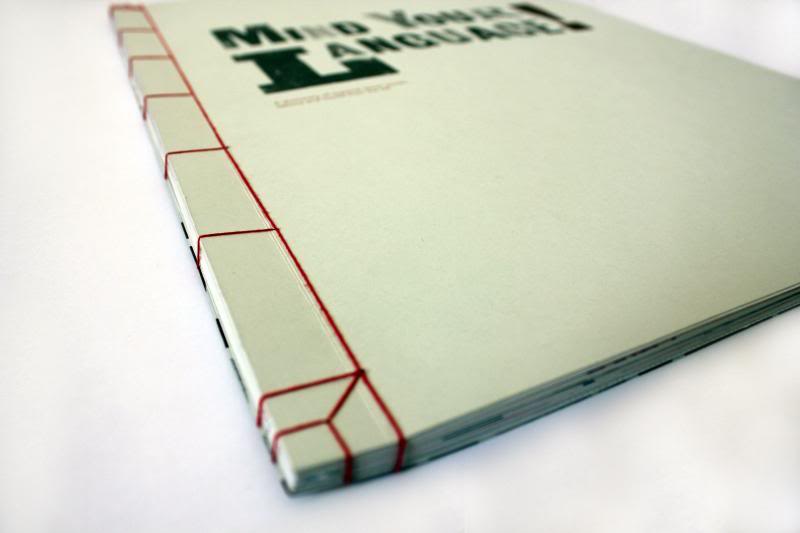 This project was stressful, but fun. They’re just words, but they have so much power! I originally had more planned, but figured 83 pages was enough of a challenge. Swearing is interesting and I think I’d like to look into it again in the future – another thing to add to the long list!

Fingers crossed, the judges won’t be offended and will see the fun side (and brilliant typography :P). Fingers crossed for good news!

Until then… What do you think? If you want to see more, there’s a few more photos on my website.