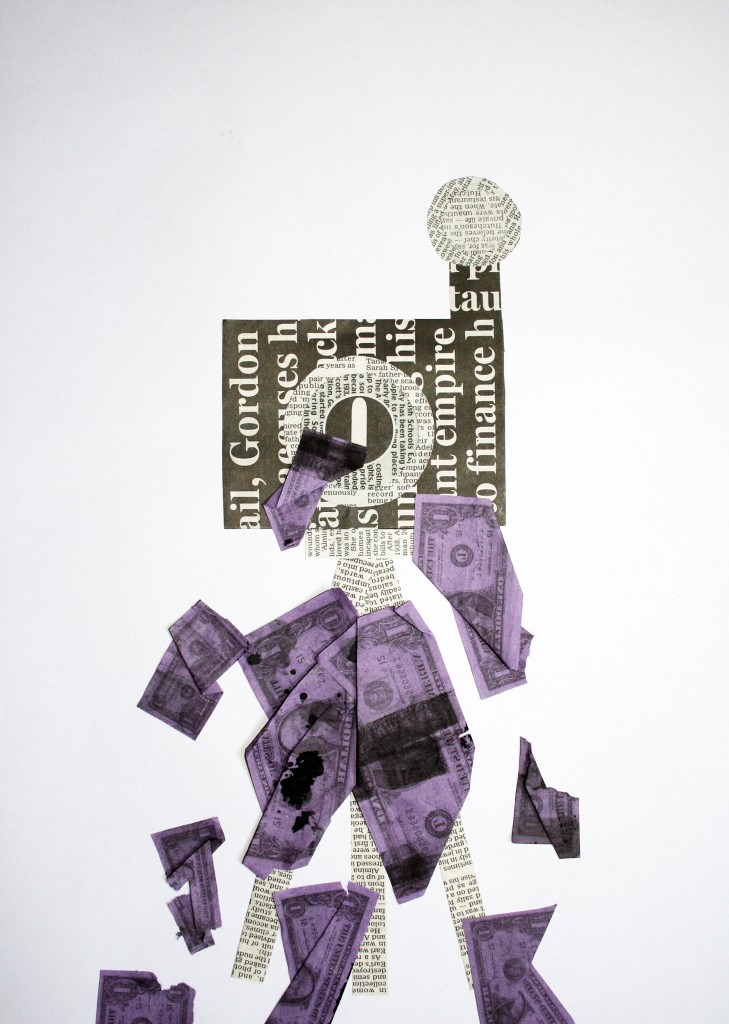 A little while back, the 2nd years were working on designs for the Penguin Book Cover Awards 2013 and it reminded me – I wanted to enter. Last year I submitted an entry for One flew the cuckoo’s nest by Ken Kesey. This year the brief was asking to design a cover for The big sleep by Raymond Chandler. It’s set in LA around the 1930s and is based around the adventures of private detective, Philip Marlowe.

The story is based around crime, murder, blackmail, money, pornography and backstabbing so it’s pretty dark and dodgy. For me, the main root of all the problems was money, dirty money. Now I’m pretty sure that defacing money is frowned upon, but in the name of art, ooops… 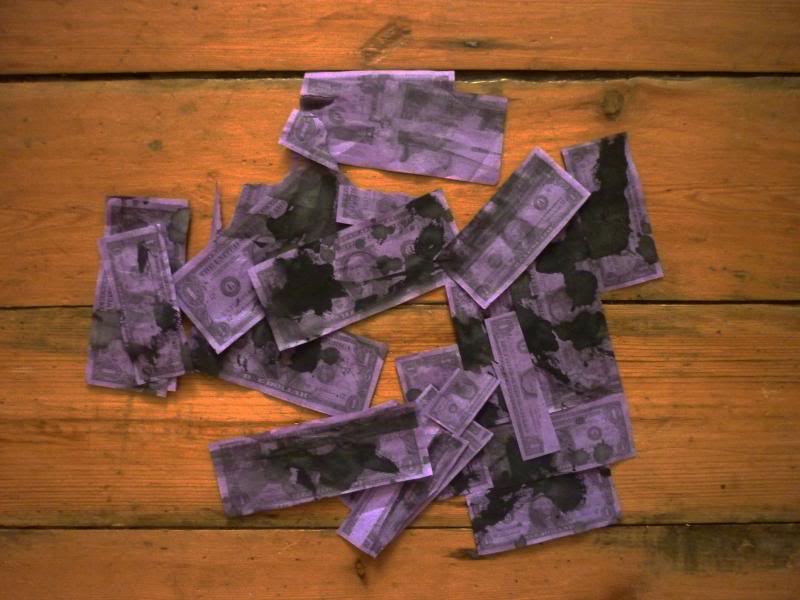 … needs be. It’s not real money though so it’s ok, right? Just a normal day, defacing some money and then I arranged it on a page: 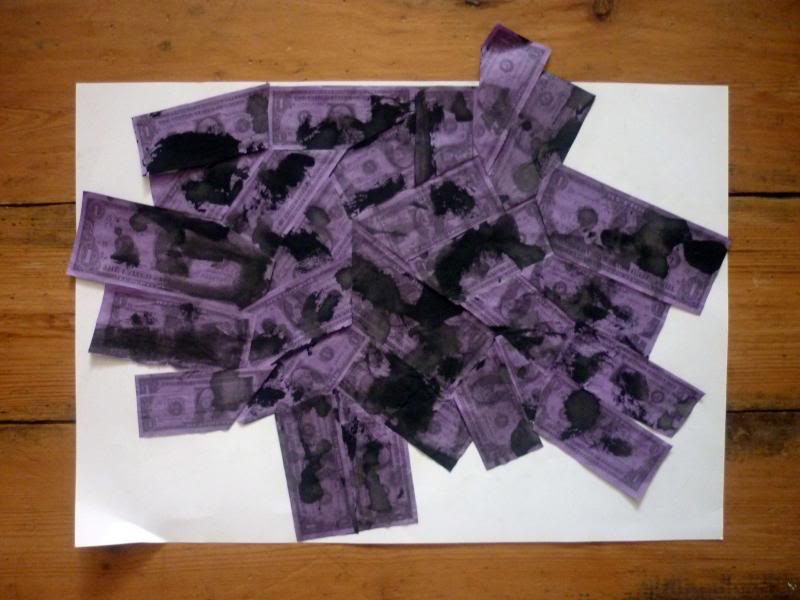 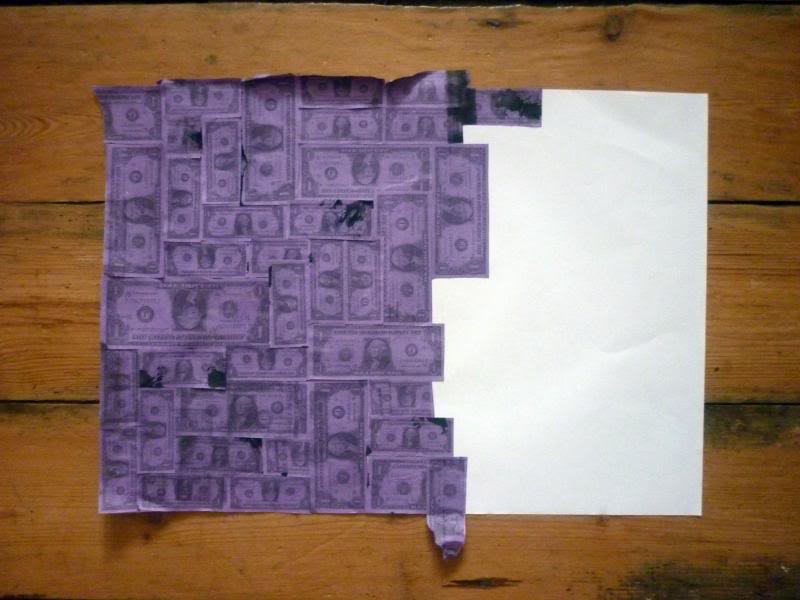 It didn’t really turn out how I wanted, but it wasn’t the main part of the design. For the cover I wanted to create a camera with the money pouring out of the lens… so I did: 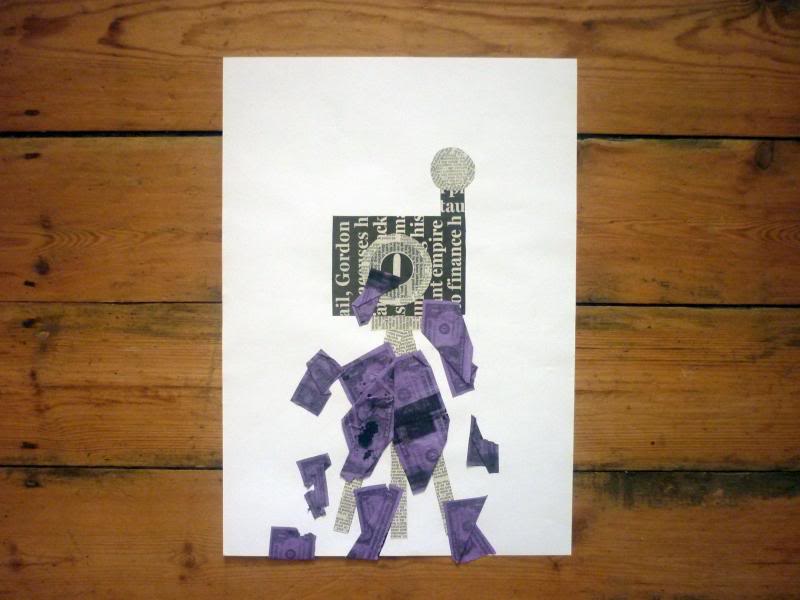 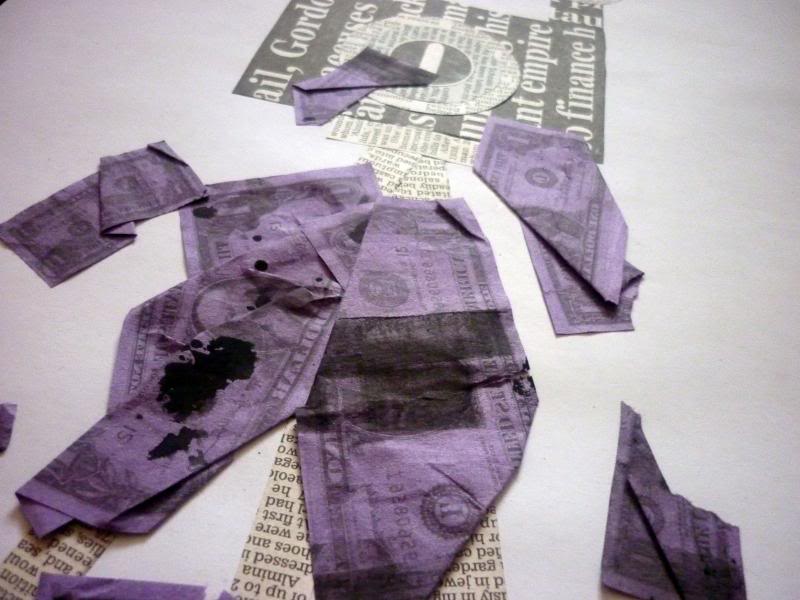 I stuck the money down but not completely flat, so that when I took the photo there would be shadows.

And here’s my final cover: 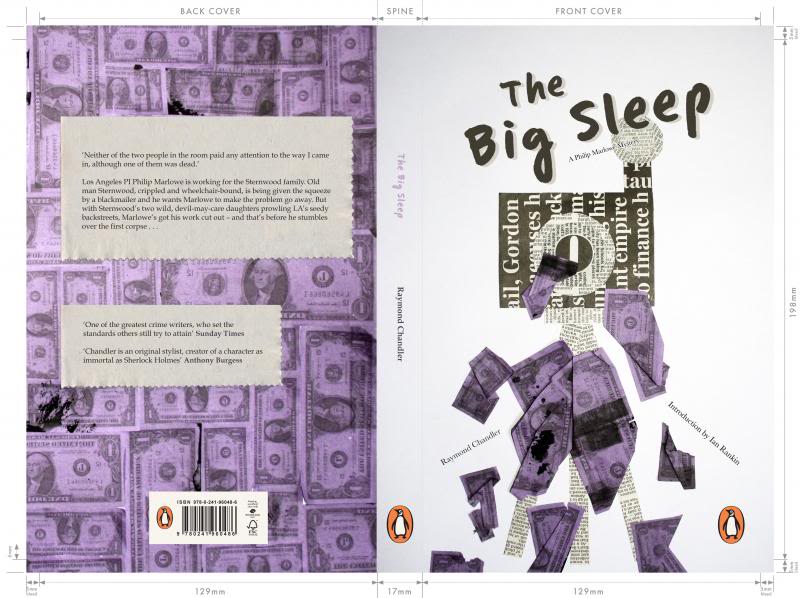 For the background of the blurb on the back cover I used a newspaper texture with jagged edging. On the front cover I added the title and other required information.

I should probably add that I basically did this in a day – the idea and the production. I know it’s not amazing but I just wanted to submit something, so I did! It was just a bit of fun 🙂

I’ve seen some great entries on Behance and cargo so good luck to everyone!