…-trick. hat-trick‘s Jim Sutherland visited Lincoln as part of the Chitter-Chatter talks series. I remember going to his talk two years ago when I was a 1st year and being really inspired. Ever since then I’ve kept an eye on their work and was really excited to hear that Jim would be doing another talk.

For the full low down, read what I wrote on the Show Thirteen blog. 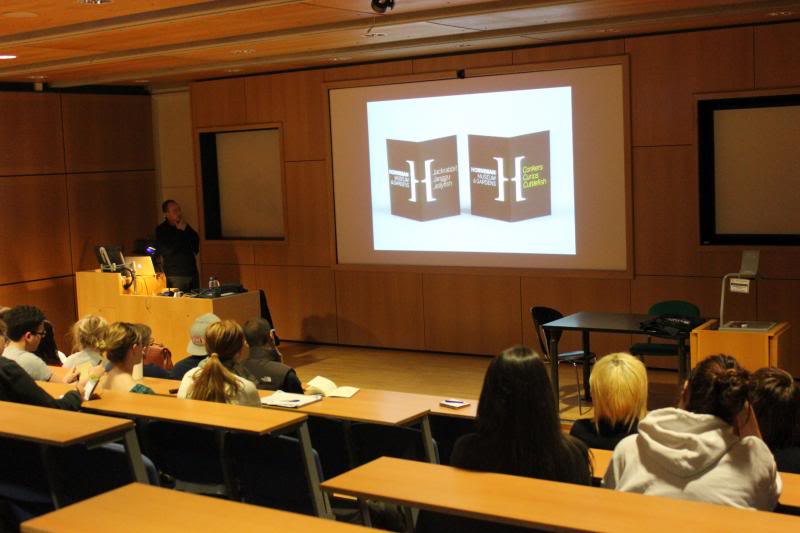 I briefly talked about their work for the Horniman Museum & Gardens but I need to show you something:

So they cleverly use brackets as a way of linking different collections, create a H and patterns for merchandise. Did anyone notice this: 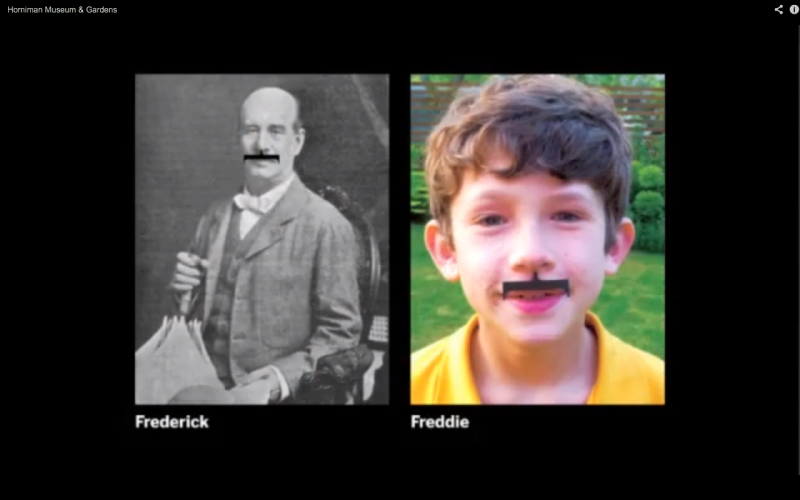 Does anyone remember my YCN i  newspaper campaign from last year? 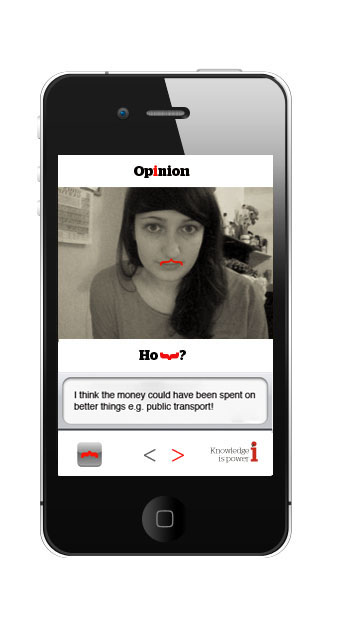 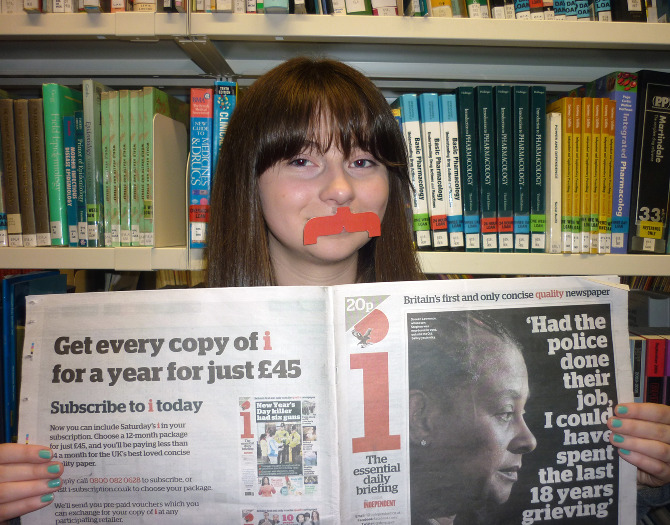 I used the bracket as a fun, moustache icon. Seems like the guys at hat-trick and I are on the same wave length… I’m going to take that as a good sign! Maybe I belong at hat-trick?

I asked Jim a question about how to stand out from the crowd of students applying for internships at hat-trick and in return he gave out some ‘prizes’. The choice was either some hat-trick playing cards (which I love) or a box with a book in. I didn’t know what book was in the box but I think that’s why I chose it – I like a bit of mystery. Inside the box was a beautiful 900 page mini book of every hat-trick project – ‘In brief’: 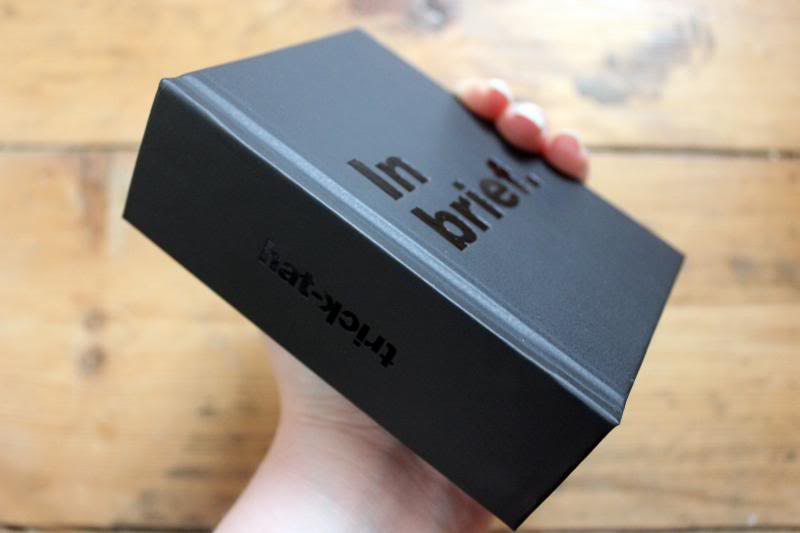 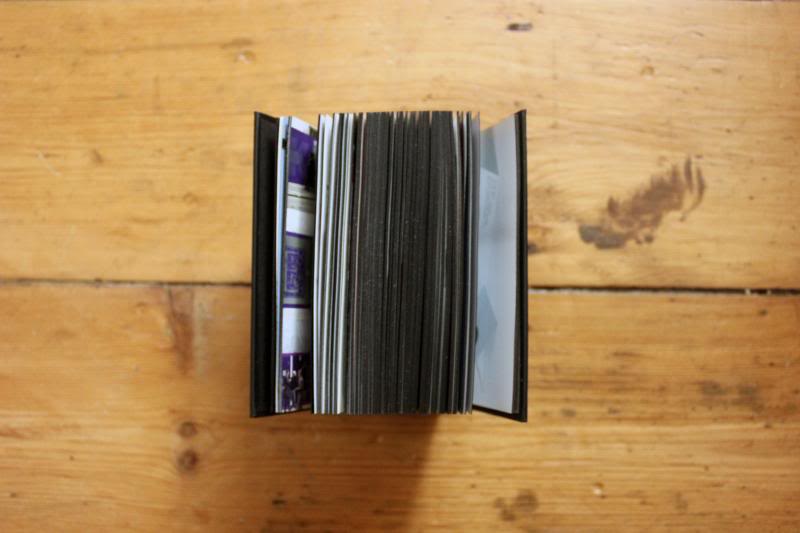 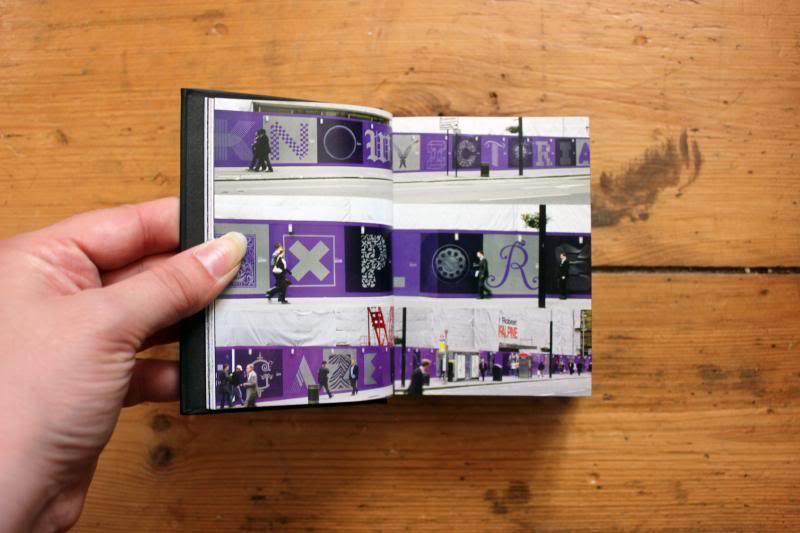 Ooooh look, there’s the Illuminating Victoria alphabet hoarding project – a bit of a personal fave! So I’m glad I chose the book – tonnes of hat-trick inspiration at my finger tips. It was a brilliant talk and a lovely surprise to see that an idea that I’d produced in 2nd year had also been thought of by experienced designers at hat-trick.

Thanks for the talk and helpful advice Jim – expect something soon, hat-trick!