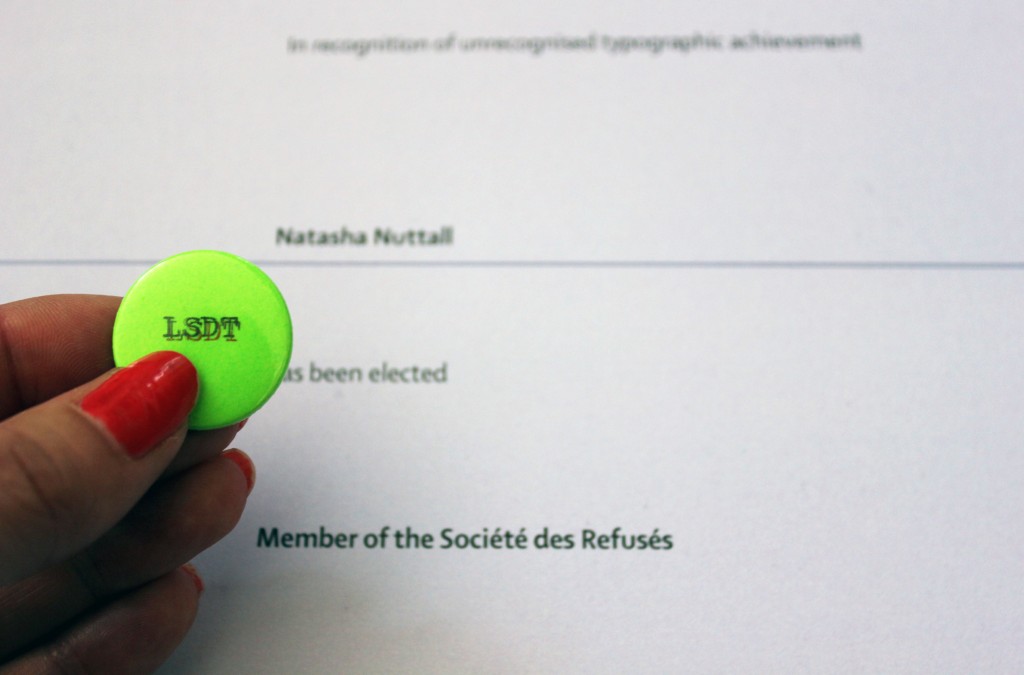 I mentioned in my last post about being welcomed into the LSDT – Lincoln Société de Design Typographique. What is the LSDT? Philippa and Barrie began the LSDT for students that weren’t awarded ISTD but in their opinion deserved recognition. When submitting to ISTD you need quite thick skin as they are quite harsh with their feedback and particular about who they pass, but sometimes they get it wrong. Lincoln Alumni Dan Collier’s Typographic Links was failed by the ISTD in 2007 but was displayed in the MoMA in New York in 2011 – I’d say that’s 1-0 to Dan!

I was really surprised when Barrie said my name – I’m still not really convinced that I deserve it, but am very honoured! This year the LSDT members voted on who they thought should join, so thanks to everyone who voted for me – obviously you all liked my swear words 🙂 So I wasn’t awarded ISTD, but being a member of the LSDT is so far a lot better if you ask me – just look at the goody bag: 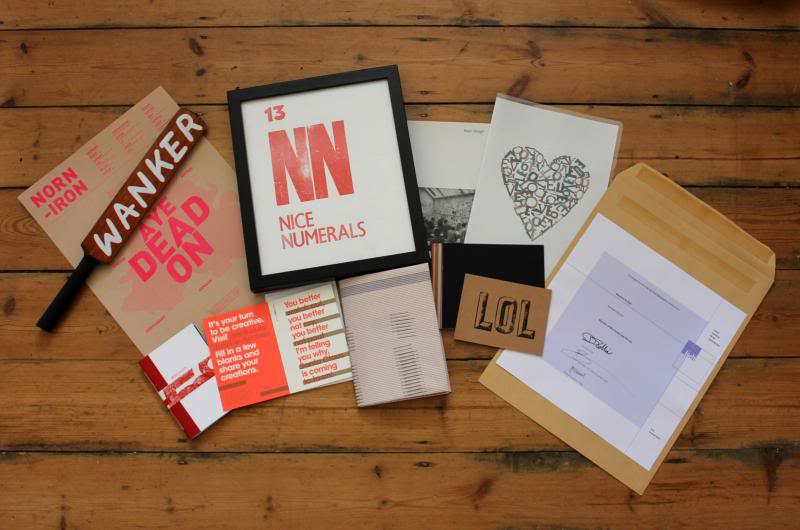 To quote Lucy, ‘It’s like Christmas!’ ha As always, Philippa and Barrie have brilliant attention to detail with lovely hand printed name tags: 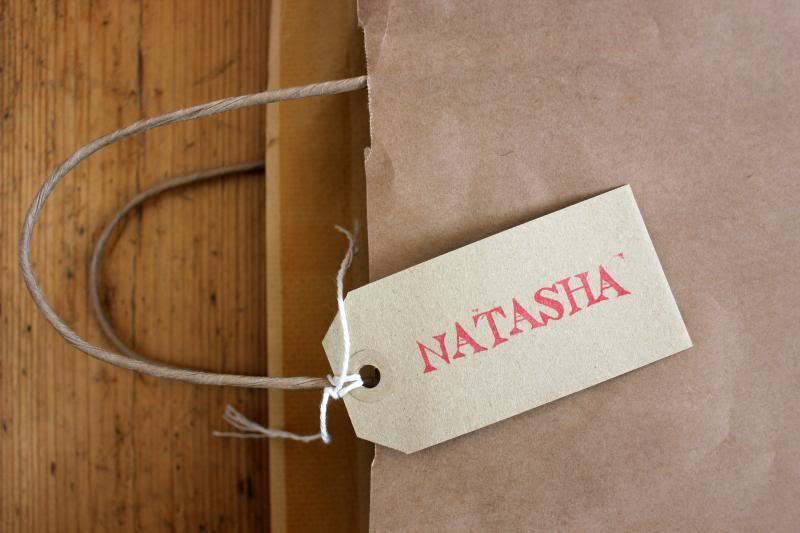 We each received a badge (which matched my fluoro green dress on the private view night a treat) and certificates which I need to get a frame for: 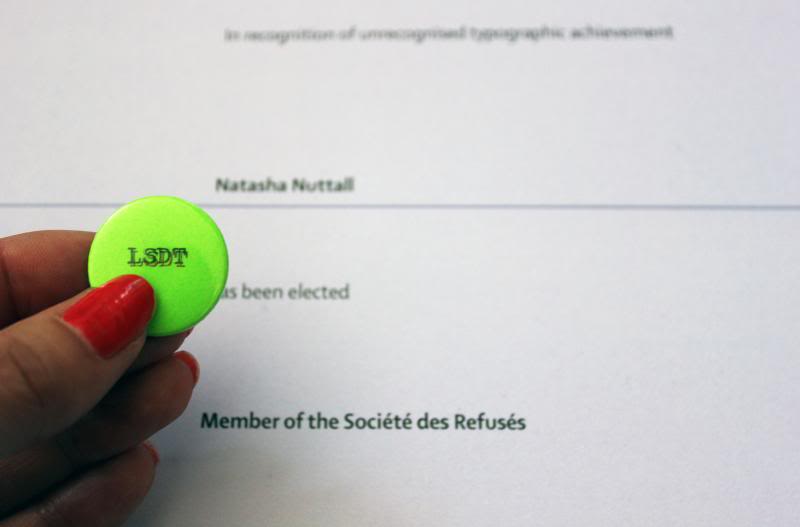 Now for a closer look at the goodies kindly donated by the other members of the LSDT: 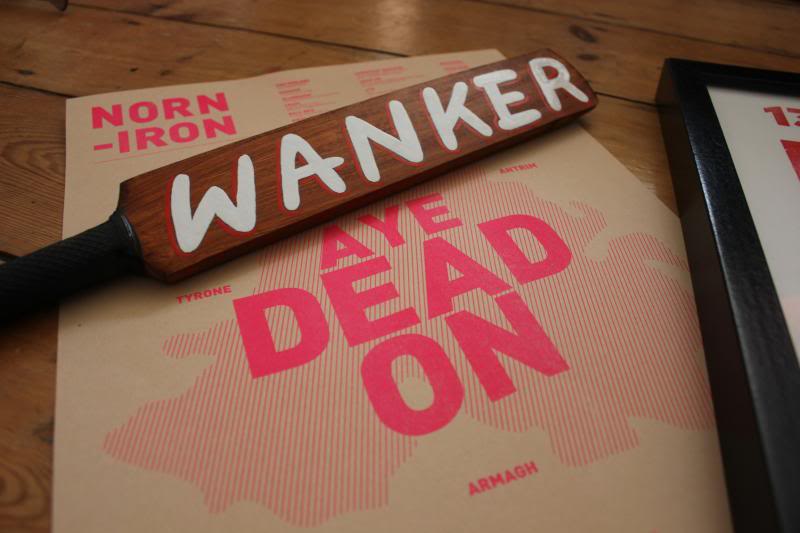 From Sophie Adams there’s a beautifully hand painted wanker bat and lovely Norn Iron risograph print which I had seen on twitter and was going to buy, so thanks Sophie! It’s about the slang she heard whilst on holiday in Northern Ireland – something I find really interesting after doing ‘Mind your language!’. 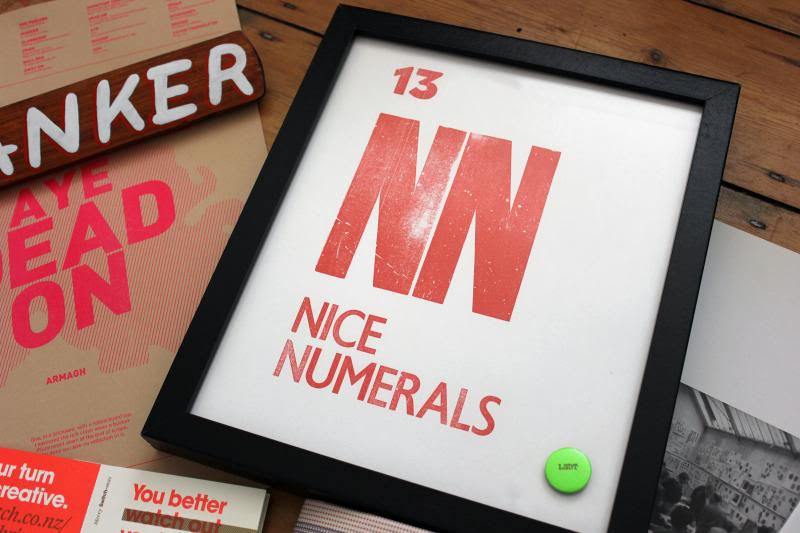 The Caseroom Press (Philippa and Barrie) gave each LSDT member a typographic element print of their initials from their periodic table series (see the others here), so for my initials I got ‘nice numerals’: 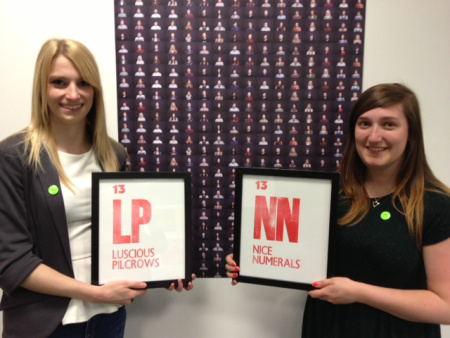 I pinched this photo of Lucy & I taken today by Philippa from The Caseroom Press blog 🙂 I absolutely love it – such a lovely idea and I can’t wait to display this on my wall!

From Barrie, a copy of his sold out typewriter art book ‘A Poem to Philip Glass‘ (of which mine & Emma’s awards are in the style of): 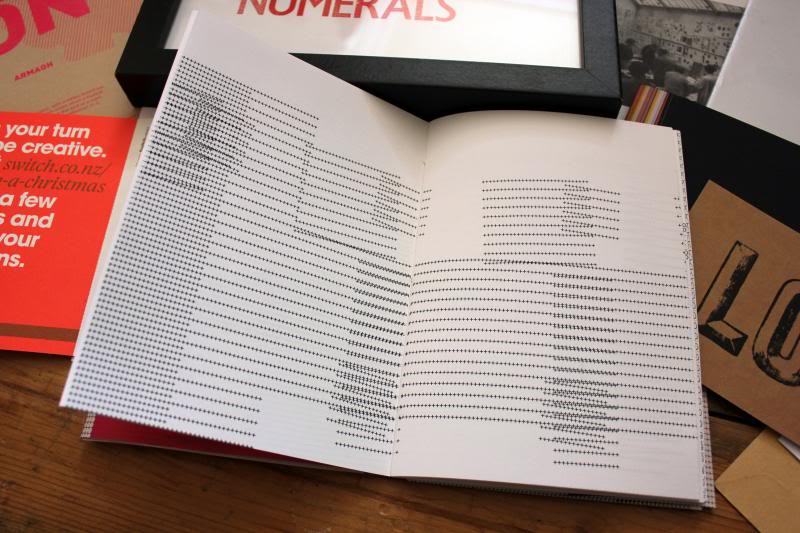 From Philippa, ‘Five go on…and on‘ – a lovely set of 2 books about the overheard conversations of 5 women: 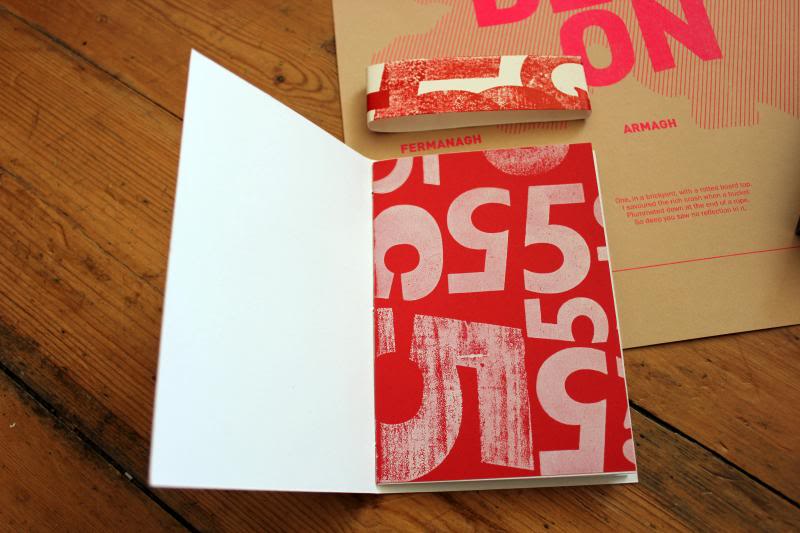 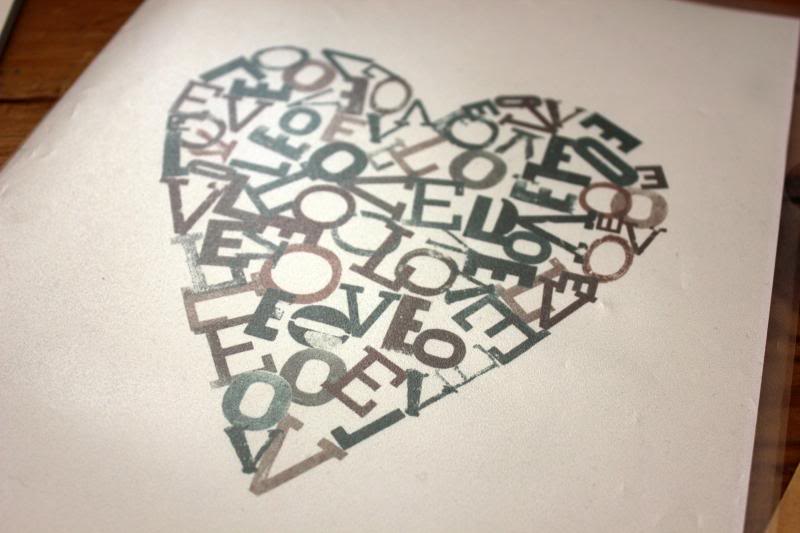 …with a Paul Smith notebook too.

Along with fluoro orange christmas card from Fliss Gibbeson, The Tate’s Design Basics from Matt Mear and a LOL postcard from Philippa too.

Thanks so much to Philippa, Barrie and all of the LSDT members – I will wear my badge with pride. I’d also better start planning my contribution for next year – the pressure is on! Maybe something triangular… or is that too predictable? 🙂