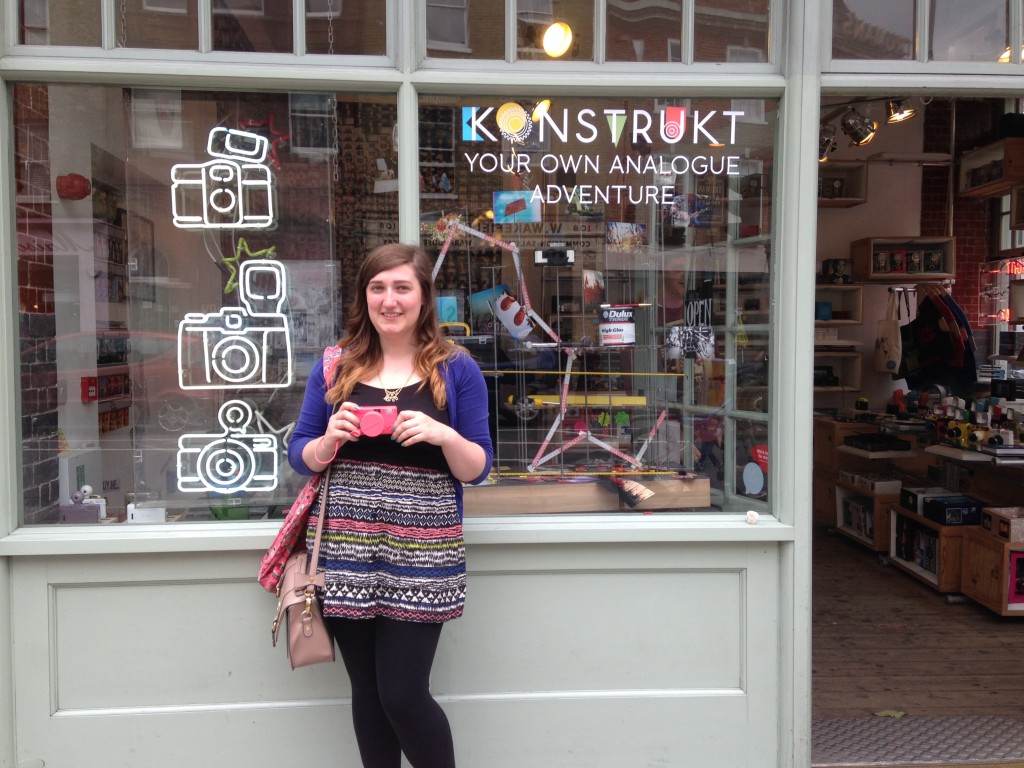 The other week, Emma & I went on an adventure ‘up North’ to Manchester. Primarily we went for an interview but also enjoyed exploring the city and a spot of shopping. We popped into Urban Outfitters and Emma spotted a Lomo camera in the sale section (quite a rarity). She wouldn’t let me leave without buying it… so I had to really: 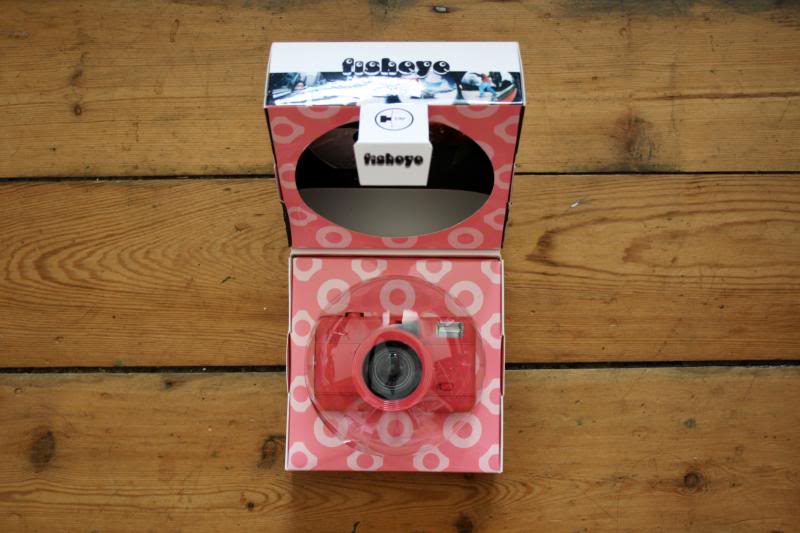 Meet Lady P. She’s a pink fisheye lomography camera! I asked twitter for help naming her and suggestions included Lady Penelope (which was my first thought), Princess Peach, Pebbles and Philippa (I’m not sure if it would be a bit stalkerish to name my camera after my tutor? ha) I saw a P pattern occurring. 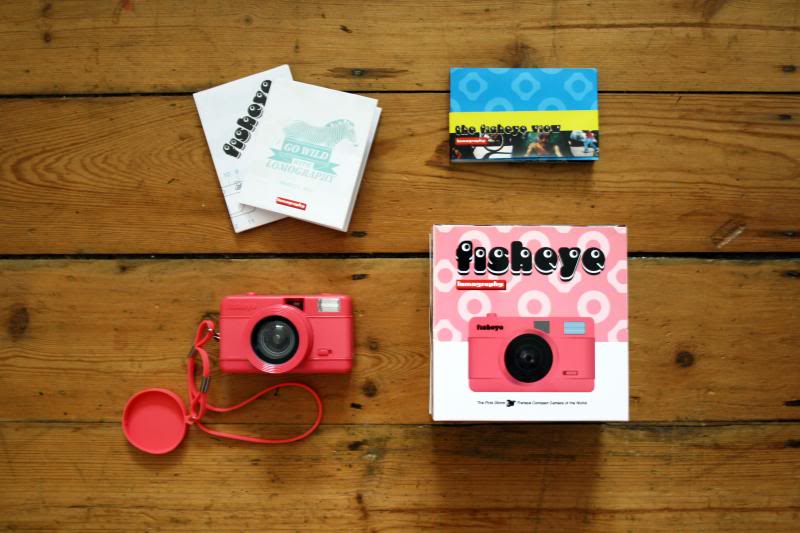 I’ve wanted a lomo camera for ages – I love the raw style of photos they produce and she was a bargain too at £30 (and then I got student discount)! I’ve walked past the Lomo gallery shop at Spitalfields Market in London so many times but not felt cool enough to go in – I probably would have just drooled over the cameras. However, being the owner of Lady P. now, when I was at New Blood this week I felt just about cool enough to go in: 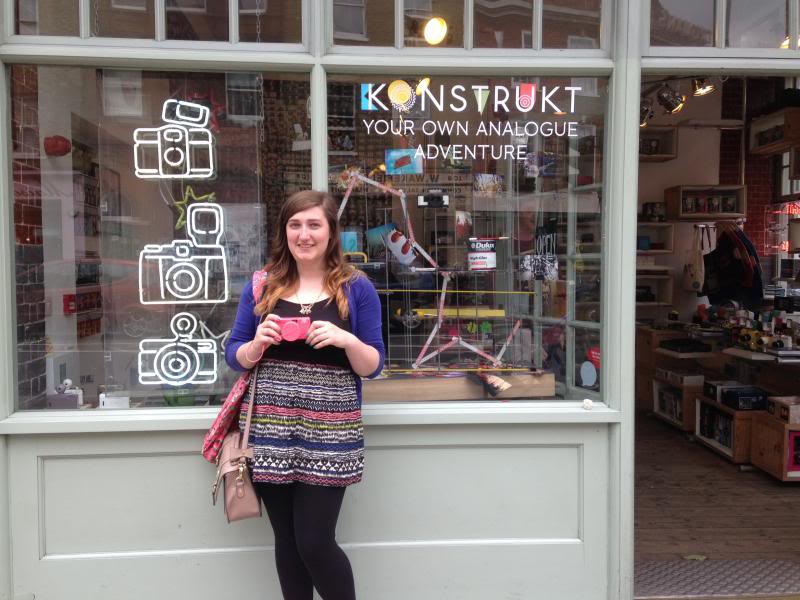 I resisted buying another camera (despite Emma’s best attempts) – I have my eye on a Diana but I need to learn how to use Lady P. first though. I bought a rubbish film from Poundland for my first shots and took a few whilst in London this week so it will be interesting to see how they turn out. I’ll let you know how it goes…

Do you have a lomo camera? Am I the only weirdo that names cameras? 🙂

P.s. Those are some of the last photos you will see taken on the lovely wooden floorboards in my Uni room. I’ve moved home now 🙁