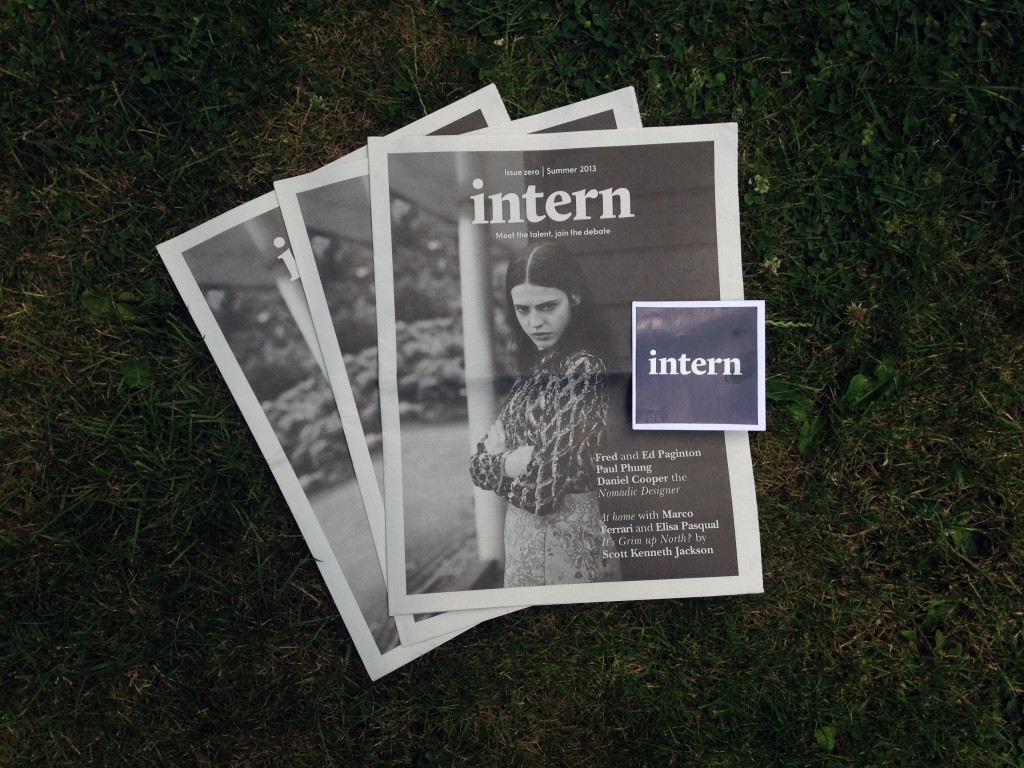 After all that commotion last week about D&AD’s Chairman, Dick Powell, who gave a speech at the New Designers exhibition that implied he thought graduates should work for nothing (but he cleared it up here), I stumbled across a kickstarter project for intern magazine. After reading about the aims of the magazine, I donated £20. Anyone that knows me will know that this is a sign I think it’s a really good idea – I don’t part with my money easily! 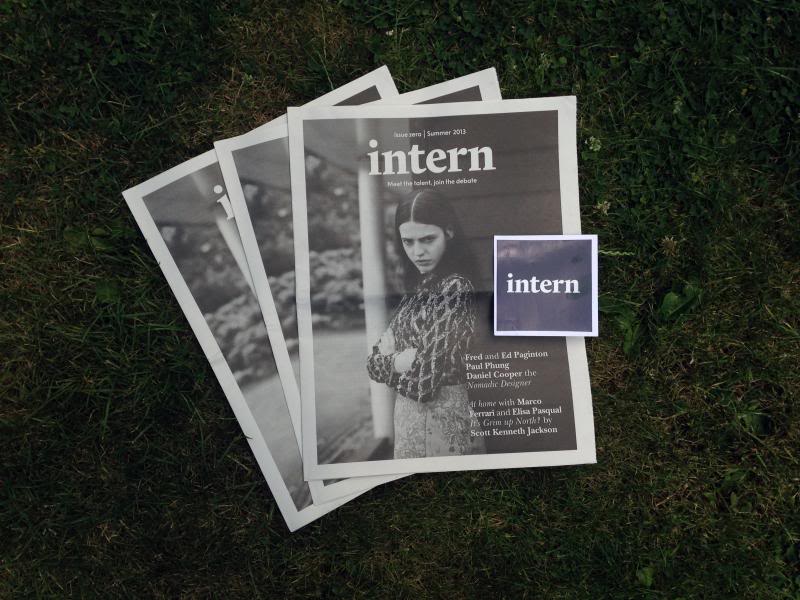 intern is a new independent print magazine focused on the intern culture of the creative industries and the bright talent that fills the often unpaid positions. Printed by the Newspaper club, it aims to be a tactile showcase for the brightest and unpaid talent (aka interns) and initiate an important debate about the culture of internships and the potential impact that will have on the future of the creative industries.

It sounds like a brilliant idea to me as the whole situation around internships seems to be an awkward one. It’s a vicious cycle – you need experience to get money but you need to have money to pay to get the experience. It used to be just the done thing back in the day but with the cost of living and student debt rising, unpaid internships are seemingly just for the rich who can afford to live. Some studios are becoming more sympathetic and offer money towards travel or lunch but not everyone can afford to do this.

I think it’s great that intern magazine is bringing the debate out into the open and I’m excited about what it could mean for the future. Kindly, the brains behind intern, Alec sent me a couple of copies of issue zero, which is just a taste of what is yet to come: 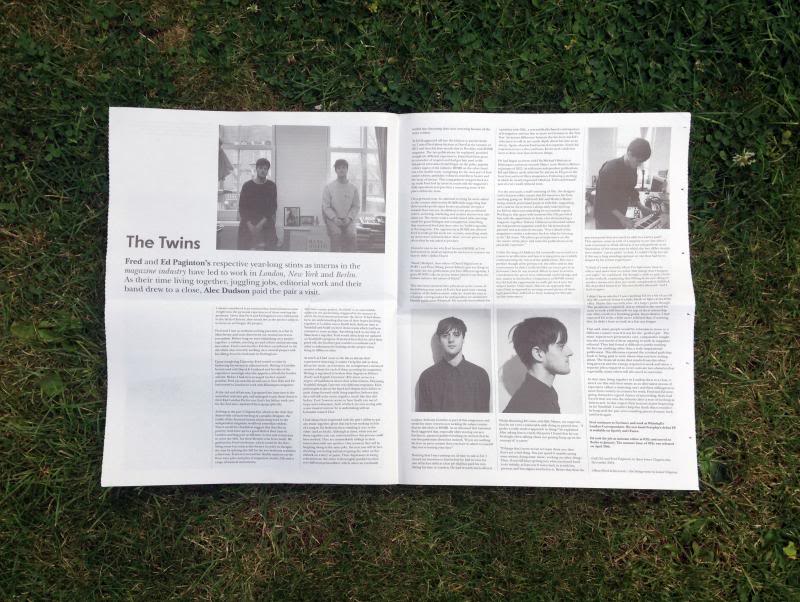 If you want to pick up a copy of the limited edition issue zero (2000 print run) for yourself, you can from:

If, like me, you live in the middle of nowhere and you can’t get a copy but would like one, I have 2 spare copies that I’m going to giveaway. So to get your hands on one either leave a comment below or drop me an email with your name and email address or tweet me. I’ll pick 2 names next Thursday at 9PM so you have until then (now closed)!

But most importantly, lets get Issue One on the way! Head over to kickstarter to get involved. 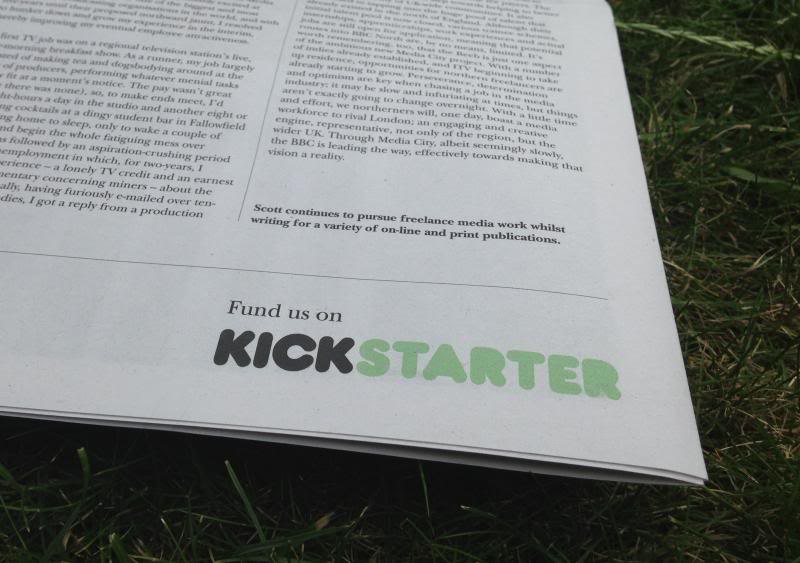 What do you guys think? Have you donated to the project? Let me know!

P.s. Thanks to everyone who entered the giveaway – the winners are Stephanie Bonner and Matthew Zbieranowski! I hope they both enjoy Issue Zero and also it’s great news that Issue One is funded on kickstarter with still a few days to go!