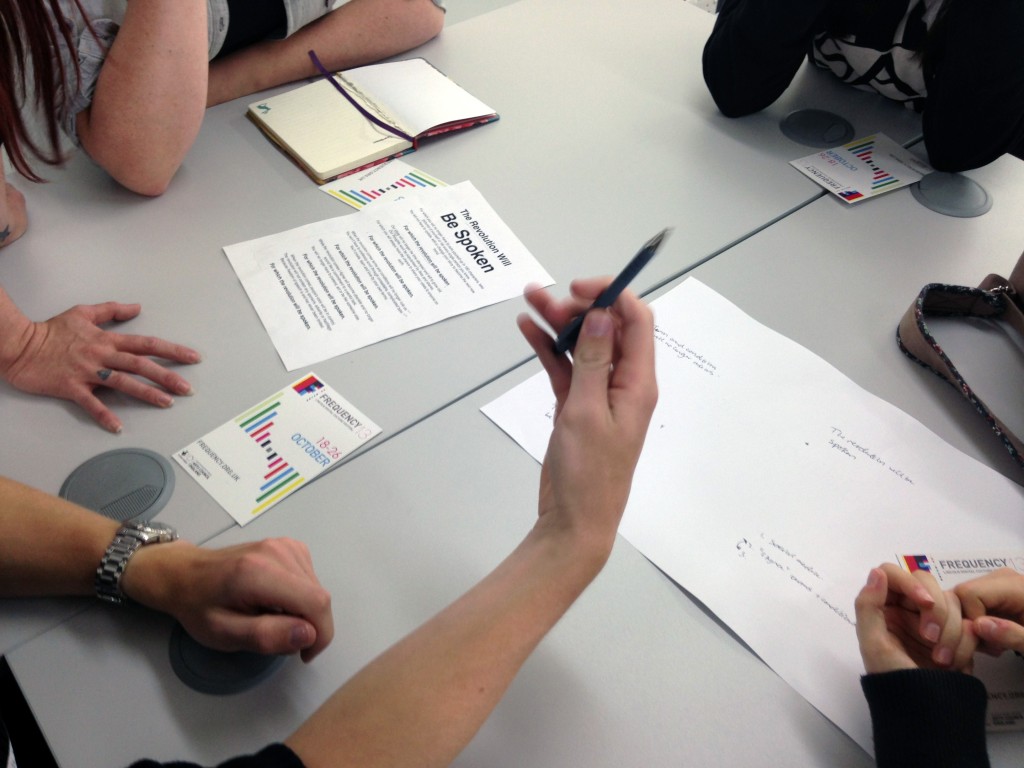 Even though I’ve graduated, my Uni tutors just can’t seem to get rid of me – I was back in the new building this morning… 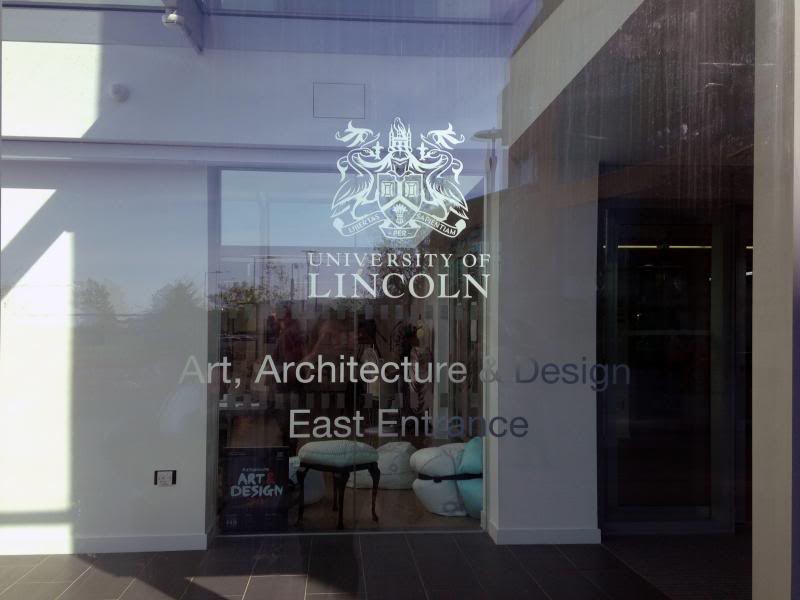 As part of Frequency Festival, Barrie invited Lisa & I to assist with the 1st year’s lesson relating to their summer project. The brief involved each student penning their own manifesto for a revolution as ‘Join the revolution’ is Frequency’s tag line for 2013. The Caseroom Press (Barrie and Philippa) will be using the student’s manifestos as part of the festival in October – can’t wait to see what they do with them! 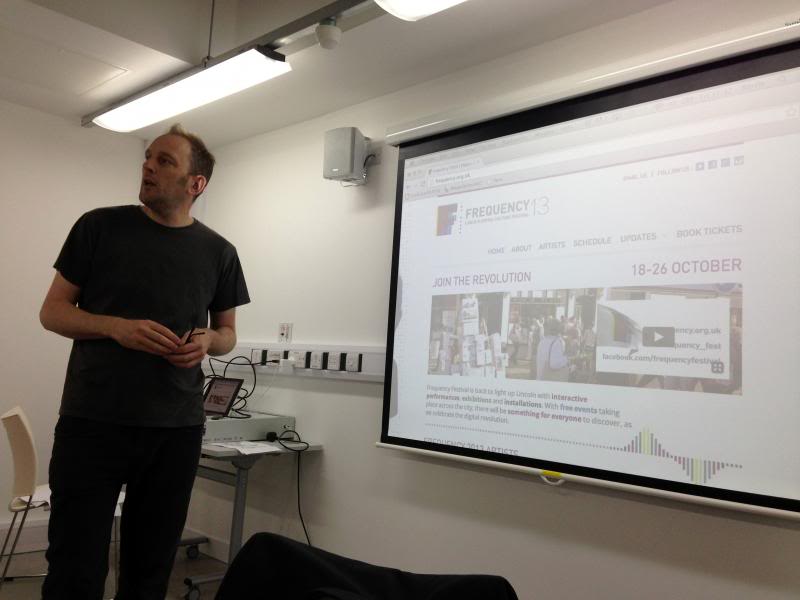 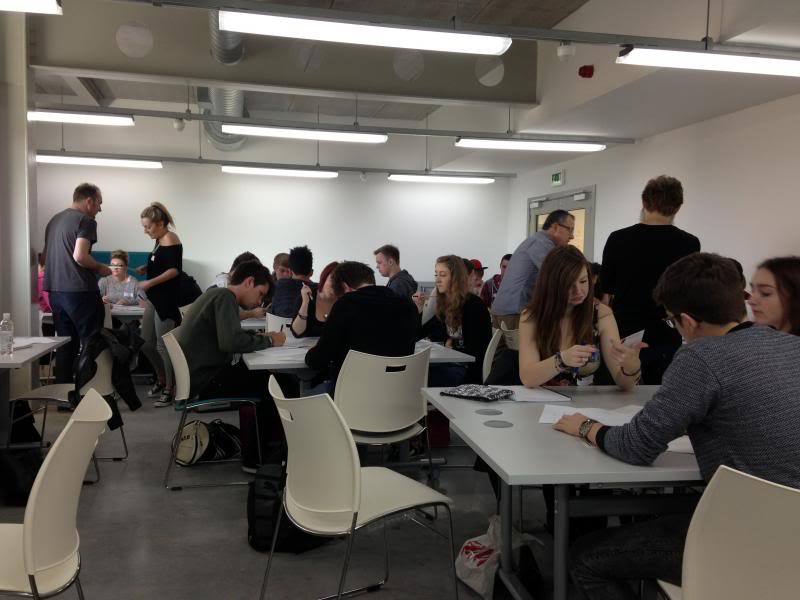 There was some shameless promotion of the Frequency website and flyers before Barrie, Glen and Ian explained today’s task.

In small groups the students discussed and analysed some manifesto examples and then had to capture the spirit and summarise the manifesto in 50 words and then later to just 12! I think that most people’s perception of Graphic Design is that it’s a visual subject, but words are just as important as images when it comes to communicating! Clever copywriting is often crucial to the success of brands and campaigns to grab attention and portray the correct message. 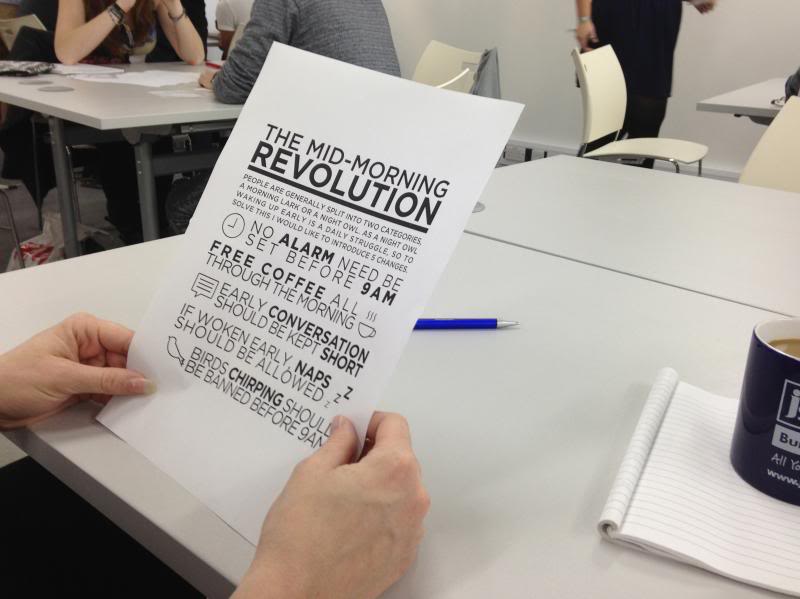 After reading the mid morning revolution manifesto (which I totally sympathised with as a night owl!) Lisa & I spoke to the students about what their given manifesto could mean and how to communicate the message effectively. 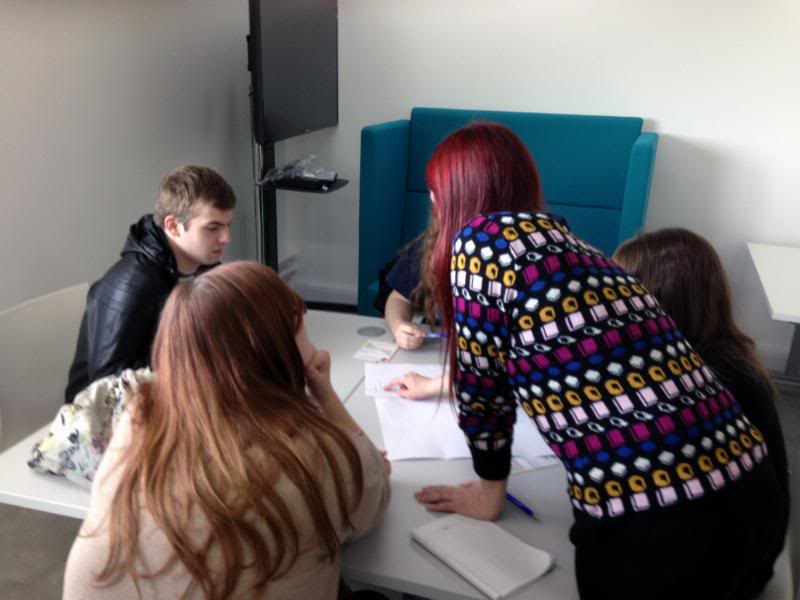 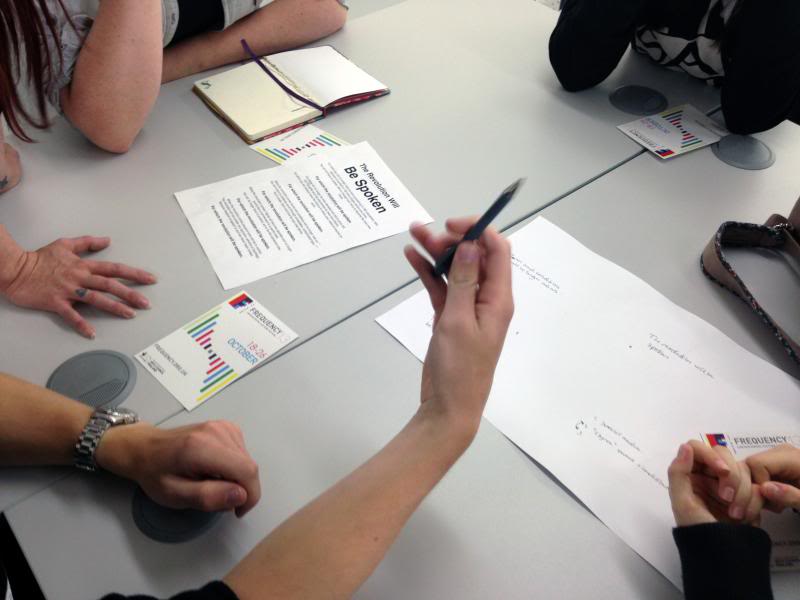 I was quite nervous at first and it was quite odd to be on ‘the other side’ as a visiting lecturer (only a couple of months ago I was a student myself afterall!), but I really enjoyed talking through ideas with the students! 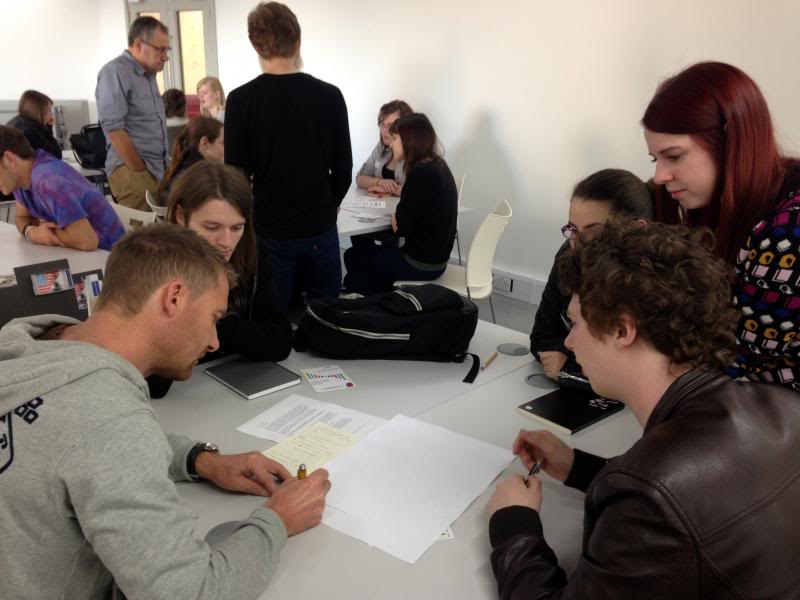 The manifesto topics were quite random and varied from chocolate and pigeons to buttons and inner diva personas, but the students produced some pretty punchy statements. It got me thinking about what my own manifesto would say – it would probably be about triangles, right? ha 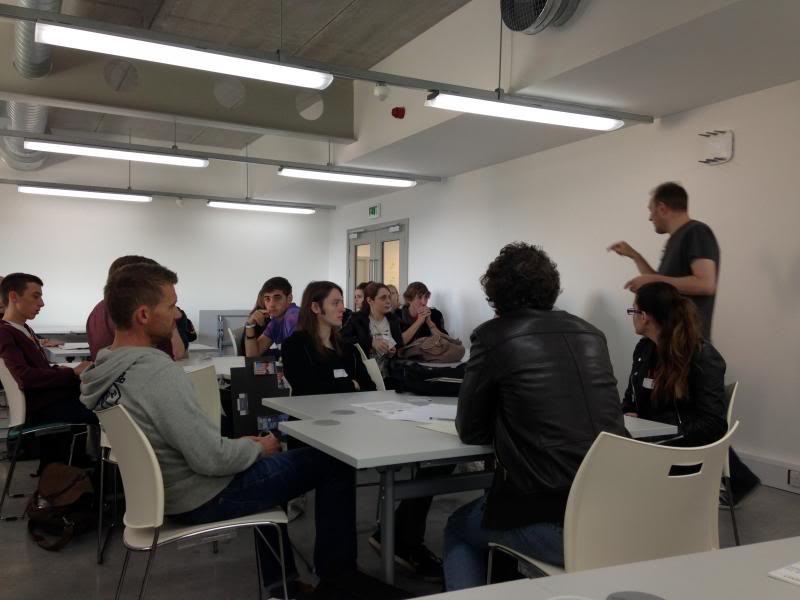 Thanks to all of the students for putting up with us – I had a great time meeting everyone and hope what I said helped. Hopefully Barrie will invite us back for a later session so we can see how the work progresses!

Before we left we had a bit of a nosey at the other project the 1st years had been set over the summer: 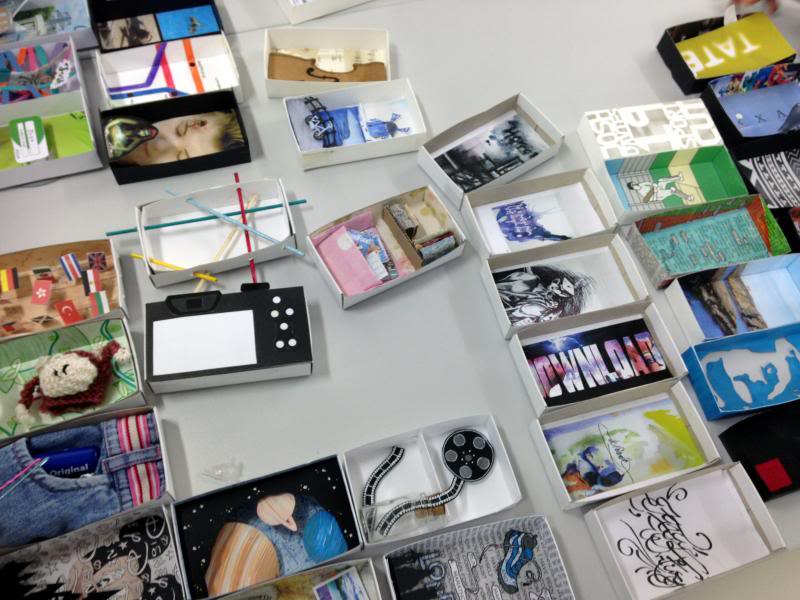 It brought back memories of being a 1st year – it seems so long ago now… sob!