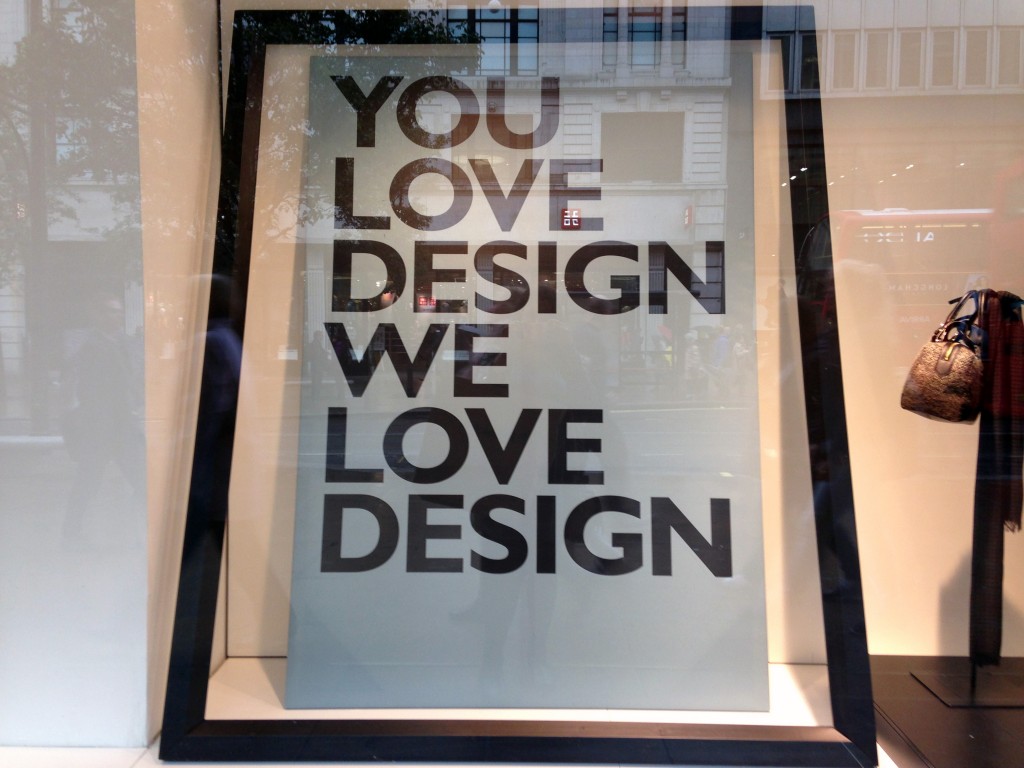 Day two in the big smoke and I forgot my umbrella so obviously it rained all day – typical! The rain kinda dampened my plans, so I spent most of my time on Oxford Street shopping/ looking at retail design and branding.

This is probably just a touristy thing but I love that some of the tube stations have different wall mural designs – it’s like they each have a personality. Most stations are vanilla so it’s nice when there are bursts of colour – it must make travelling on the underground everyday a bit more interesting. I was at Marble Arch and the platform was empty so didn’t feel too silly taking a couple of photos: 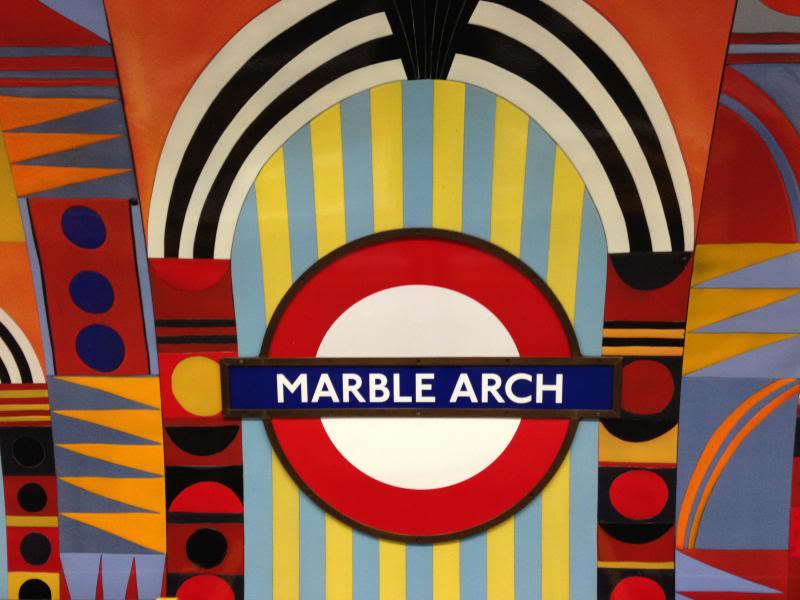 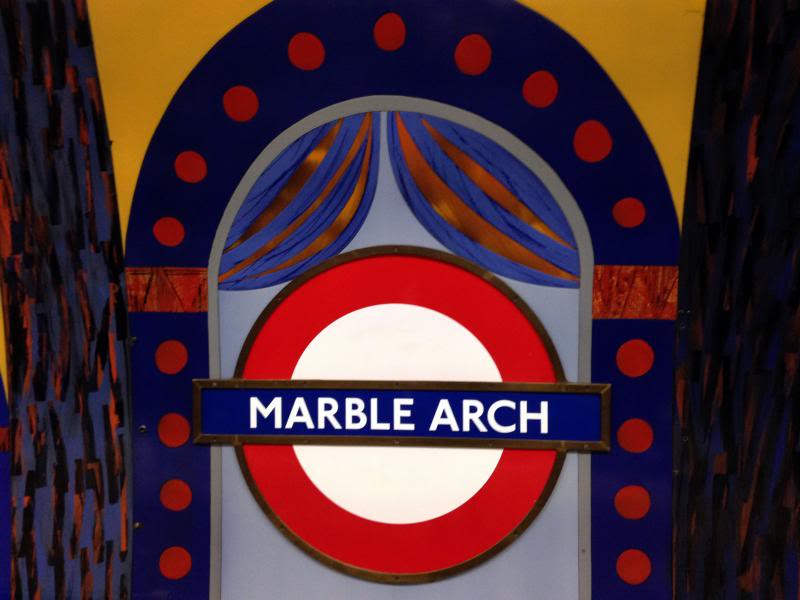 My first stop was Urban Outfitters. I think that they do a brilliant job with their store merchandising – there are always quirky things that catch my eye, although this sometimes means that I spend longer looking at the walls and floor than the clothes – oops! 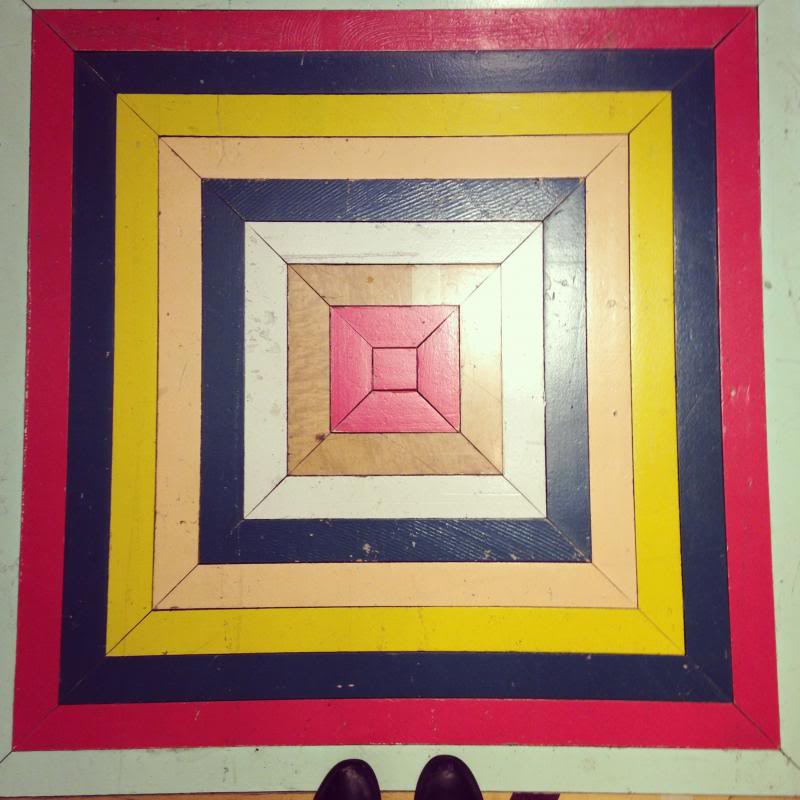 But when they have awesome wooden rainbow flooring and triangles painted on a glass wall, can you blame me? 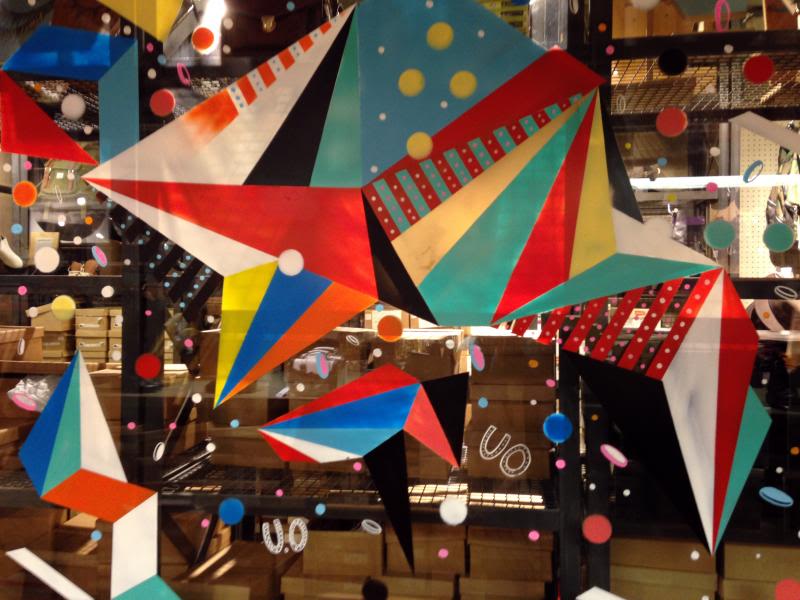 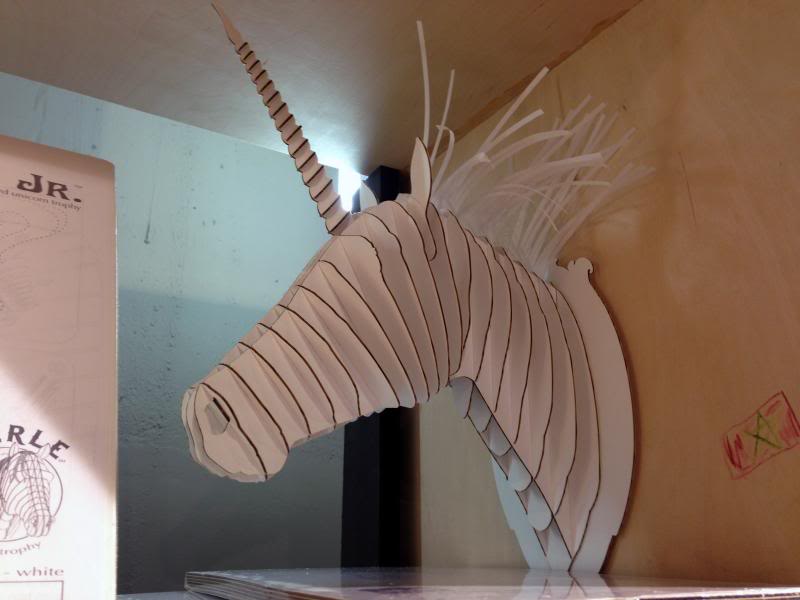 I did like this cardboard unicorn head too – it would look pretty awesome above a fireplace and who wants a moose when you can have a unicorn?

My next stop was Selfridges, famous for their window displays. Currently the windows are playing host to the ‘Bright Young Things 2013’ series. There are some weird and wonderful designs which make the high street a bit more interesting – if only every shop was as creative! I don’t know why, but this one was my favourite: 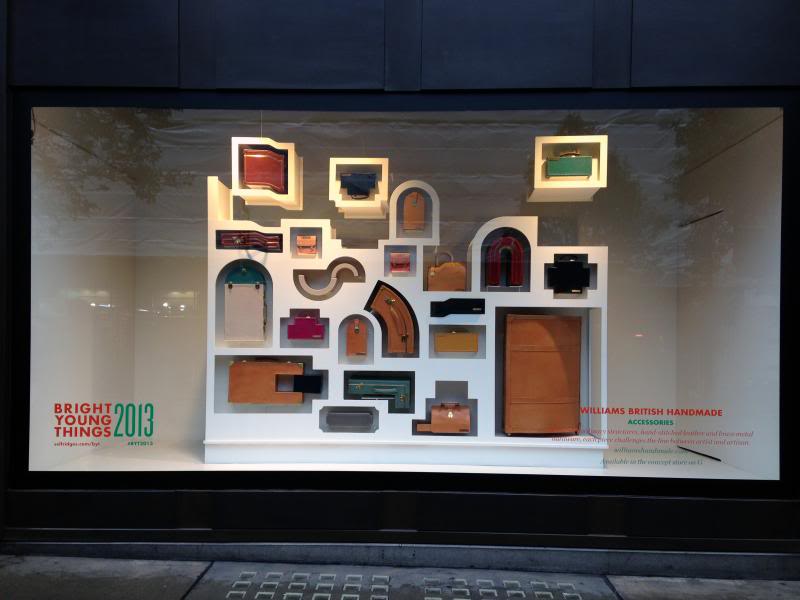 Walking past another big department store, I saw several of these: 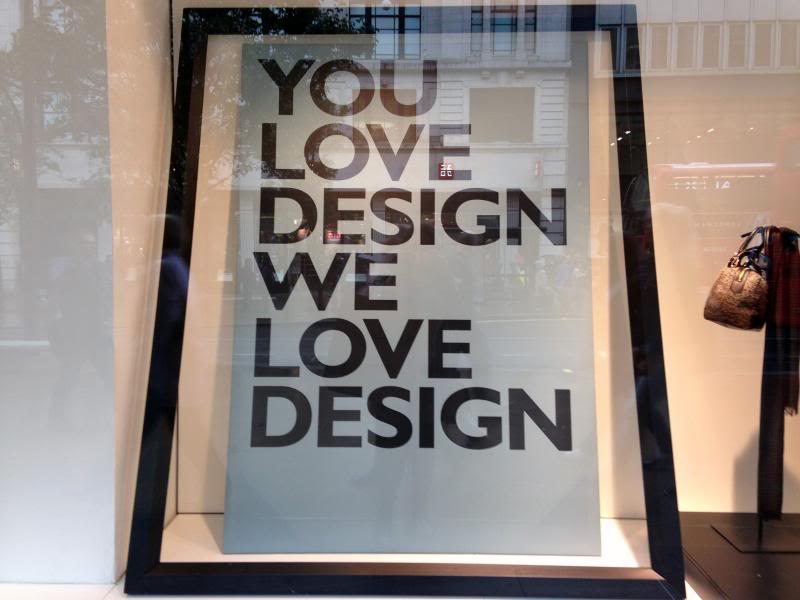 Yes, I do love design – thanks for noticing Debenhams!

Since working on the V&A hoarding D&AD brief, I’ve found myself taking more notice of hoarding and there are plenty of new shops and restaurants popping up around London. I saw this one for Schuh and although it’s quite simple, I thought it used some clever copywriting: 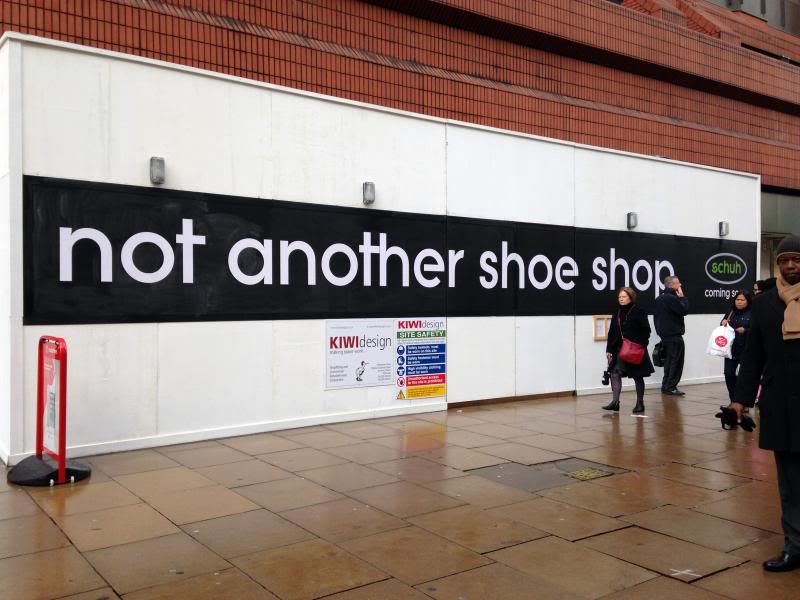 After I’d had enough of trailing the shops in the rain (window shopping with no money does get tired after a while!), I headed to the Wellcome collection as a few people had recommended I visit. 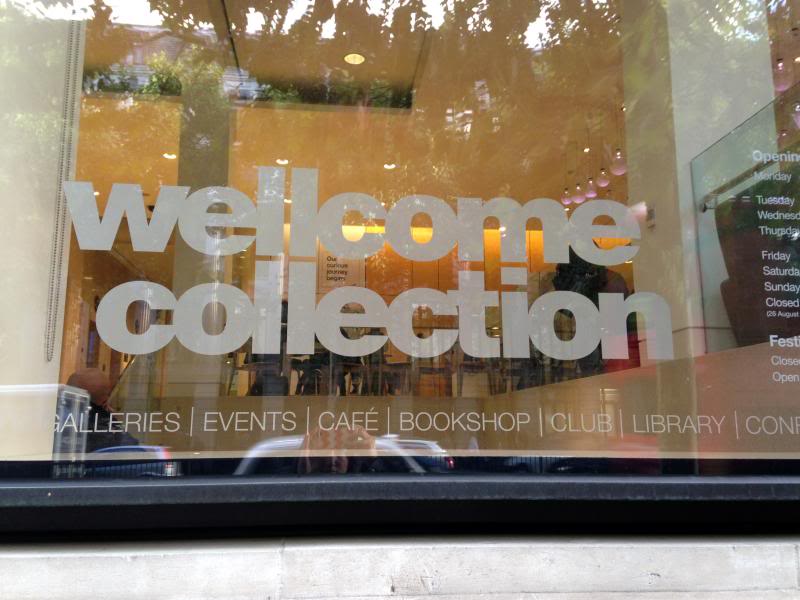 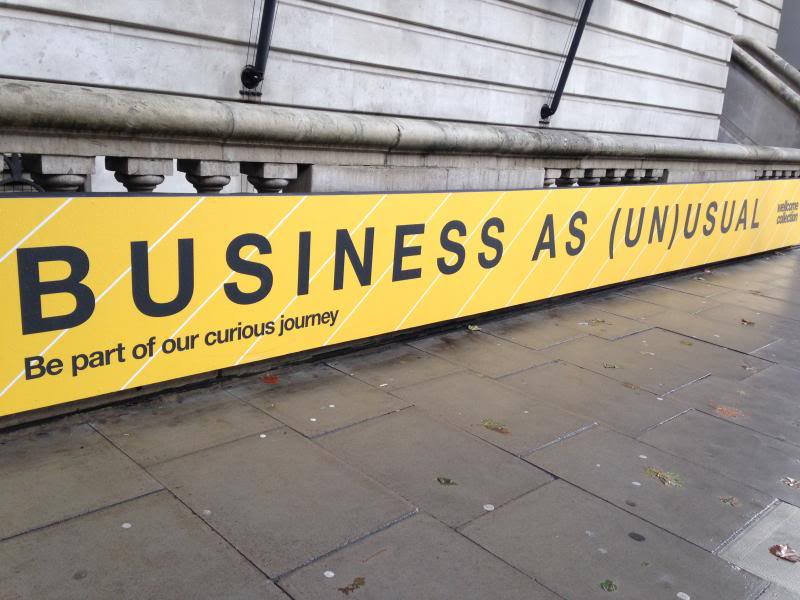 A banner on the front of the building showed another great example of copywriting – business as (un)usual! The exhibition didn’t disappoint either and had some interesting design elements which complimented the information: 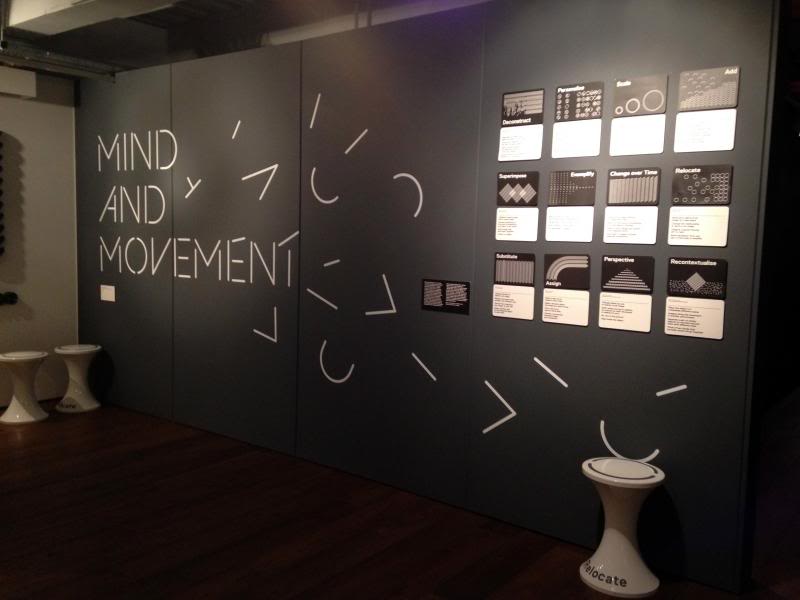 (Edit: Just found an article on Design Week about how Magpie Studio worked with choreographer Wayne McGregor on this) 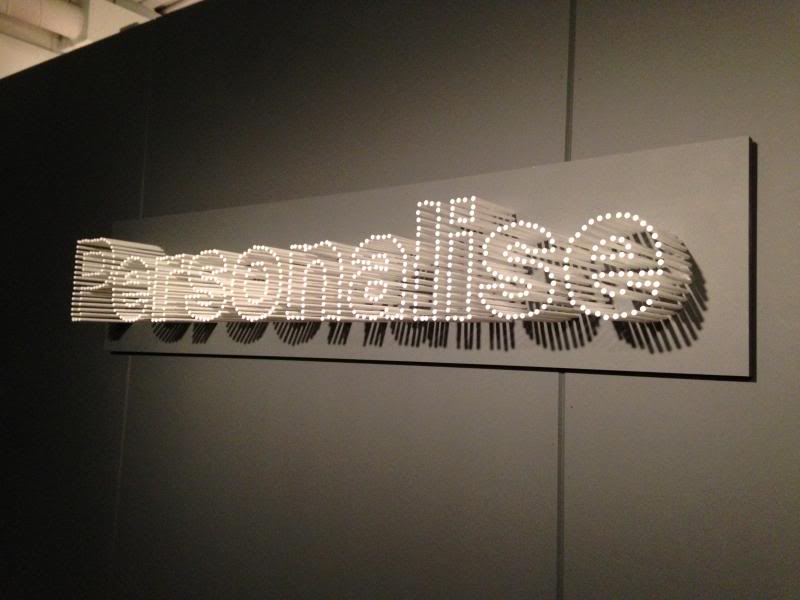 I loved this piece of typography, made from white pencils stabbed into foam board.

After a day full of culture and critical thinking, the evening was a bit more chilled. My 3 favourite Irish lads, The Young Aviators, were playing a gig at The Borderline in Soho so Nadia and I went to show our support. We always have a giggle with the guys, and their musics not too bad either ha 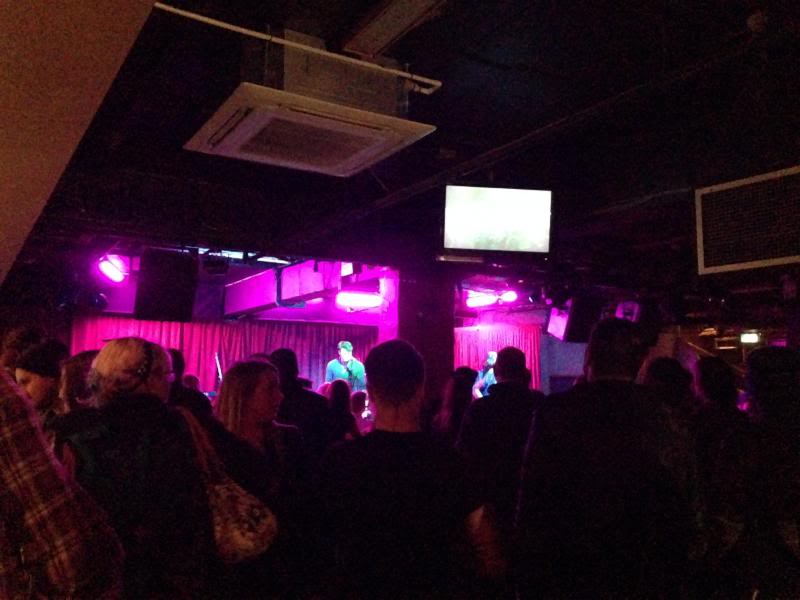 I really miss going to gigs. I used to be really into music (back in the day) but I don’t listen to it much nowadays – this needs to change!

So at the end of day 2 I was absolutely knackered – London is such a tiring city! But I was still looking forward to my 3rd and last fun filled day in London, as well as keeping my fingers crossed that the weather would be a bit cheerier!

Oh also (nearly forgot to mention) I saw a fox for the first time in person tonight! It’s weird to think that I’ve lived basically in the countryside (Norfolk/The Fens) for 20 years of my life and I’ve never seen a fox, but then I see one in the middle of a city.