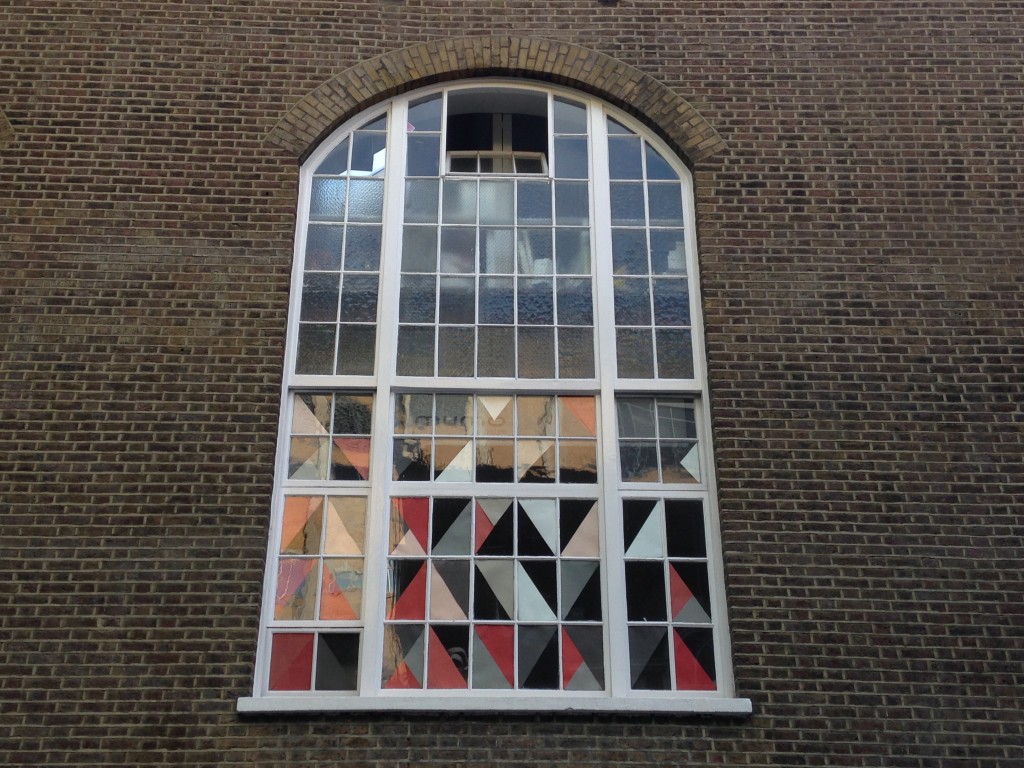 4 hours after getting in from the gig and I was up and ready for day 3 of my London adventures – there’s no sleeping in the city! 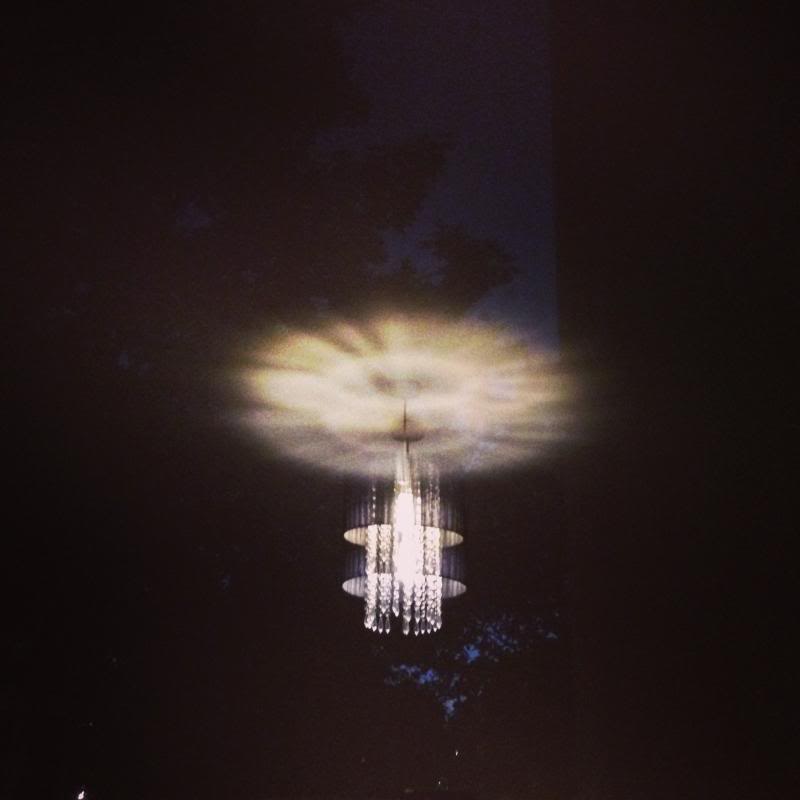 As I’m not (yet) a Londoner, I haven’t committed to an Oyster card and so I bought a travel card each morning. This morning on my way to the ticket machine, a lady came up to me and gave me her travel card because she didn’t need it anymore – how nice is that!? I didn’t think things like that happened in London, but hey, my faith in humanity is restored!

I was up early for a meeting with a designer to talk about collaborations and then I found out that I had made the the IIB Awards Longlist so it was a brilliant start to the day. Buzzing, I set off to explore Shoreditch: 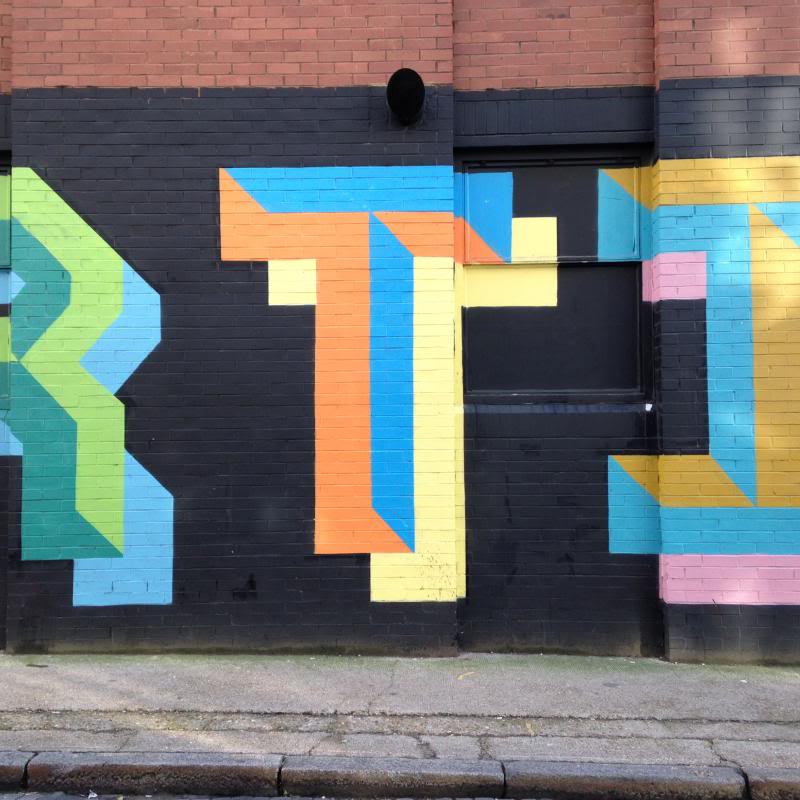 There’s some great examples of bold, colourful typography dotted randomly around the streets – you can turn a corner and not know what you’re going to discover! 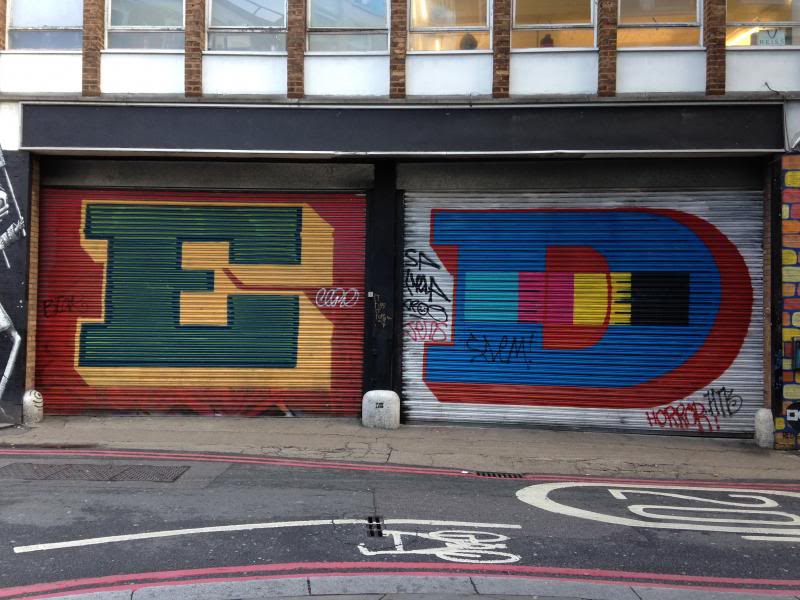 E.D is for Emma Dawson! I was able to do a fair bit of triangle spotting too: 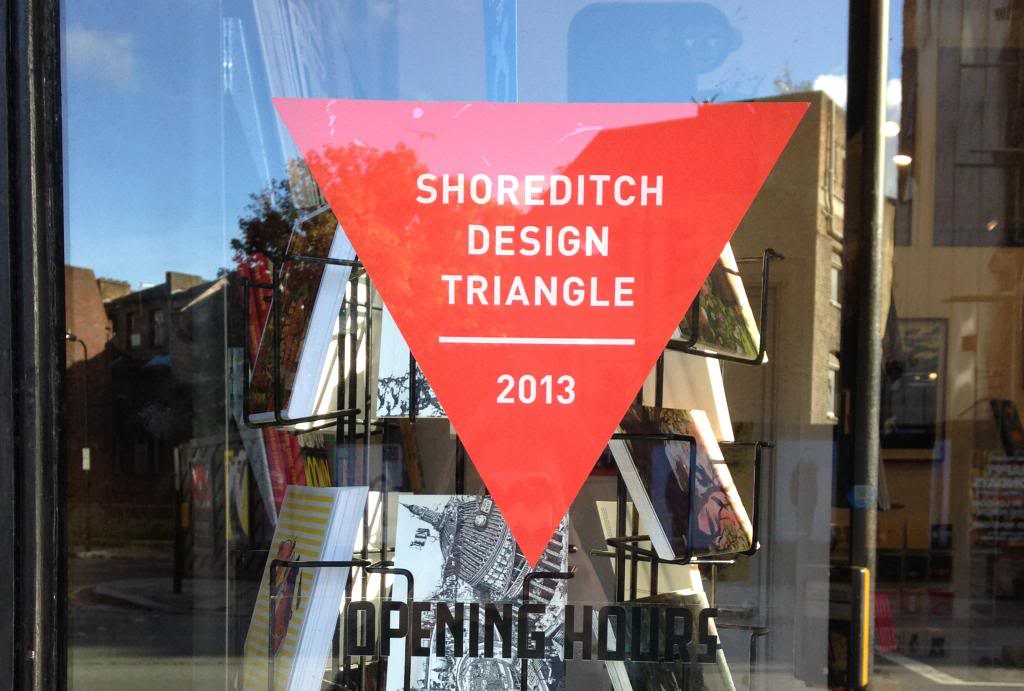 Trust Shoreditch to have a Design Triangle – it’s soooo hip and trendy! 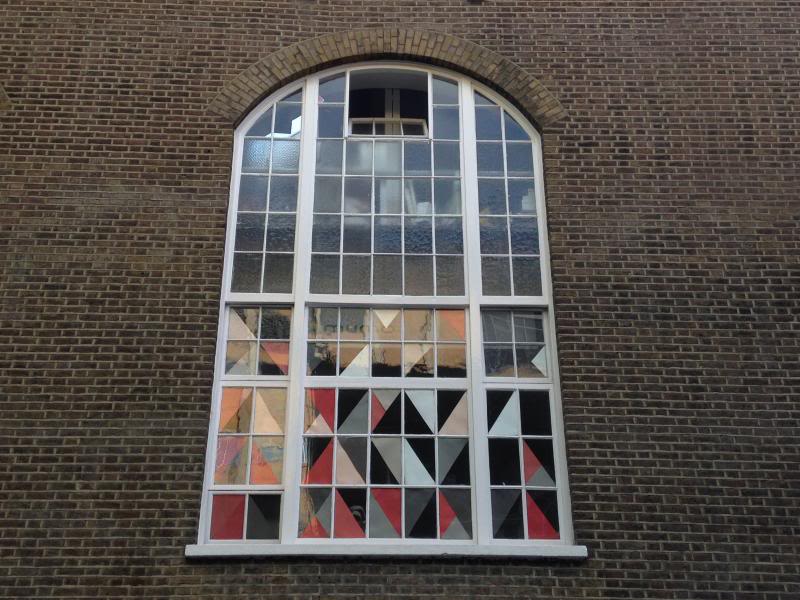 Brick Lane provided some interesting things to look at, including this lovely window with triangle detailing and a massive ear: 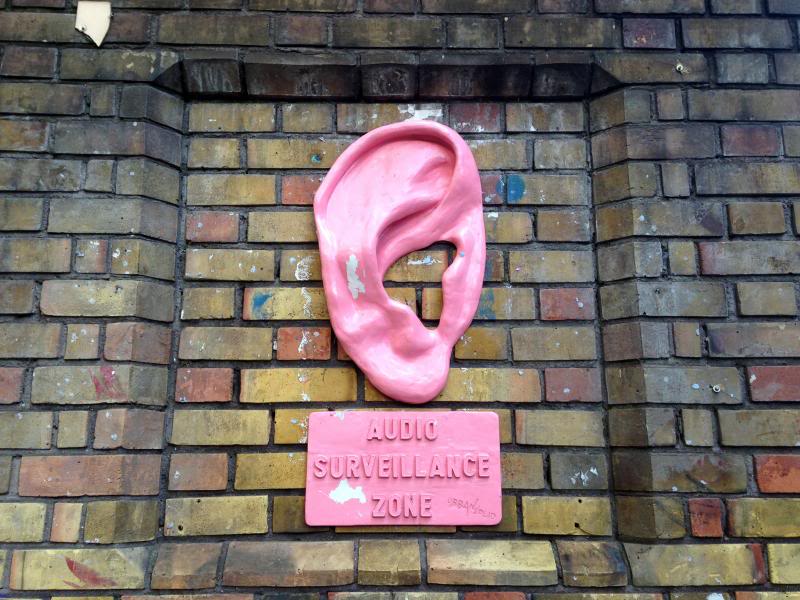 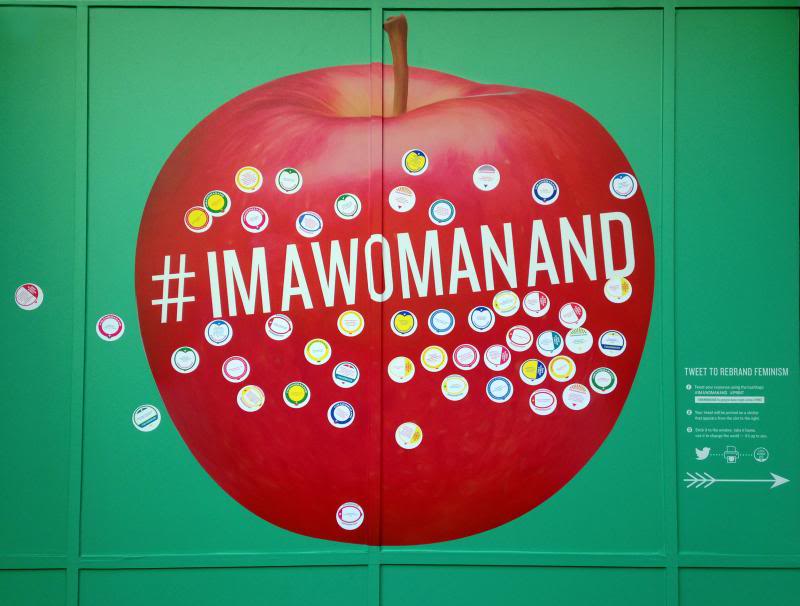 I walked past Wieden + Kennedy (advertising agency) who have been involved in rebranding Feminism with Elle Magazine, Mother and Brave. On one of their windows they’ve got a printer which if you tweet with the hashtags #imawomanand #print it will print out an apple sticker for you to either place on their apple or elsewhere in the world. I think it’s a cool way to get people to interact with the campaign! 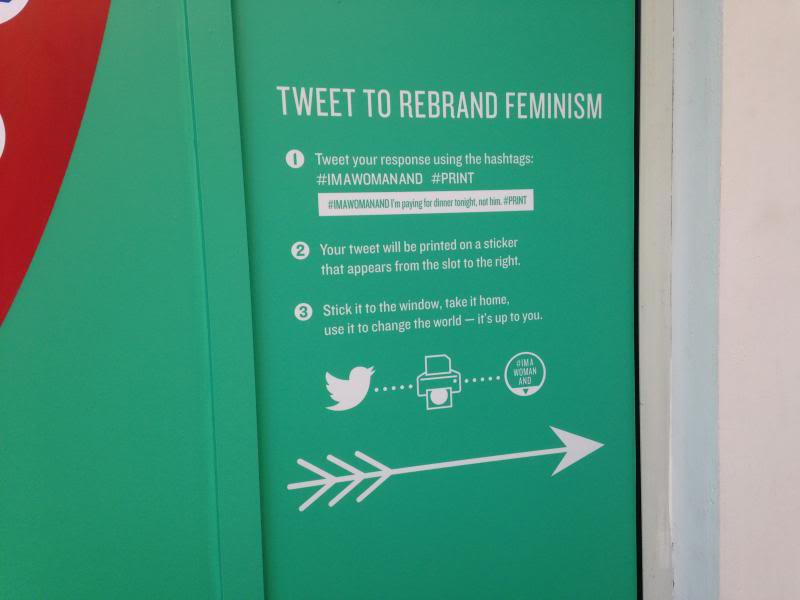 I then made my way to Spitalfields Market for my usual trip to the Lomography shop – I still haven’t used the film inside Lady P… I need to get snapping! 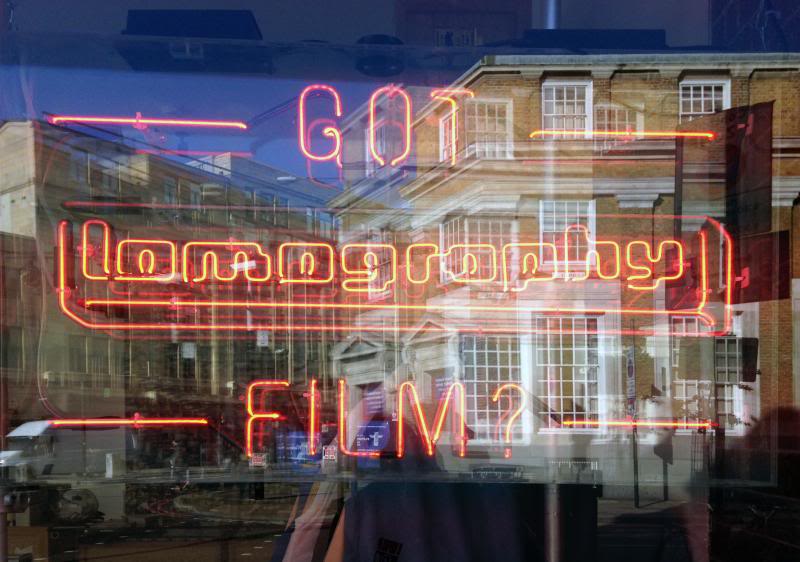 On my way back from a quick browse of the magazines and books in the Clerkenwell Magma, I spotted this hoarding/window sticker for brand tossed. I couldn’t resist taking a photo – it made me smile. 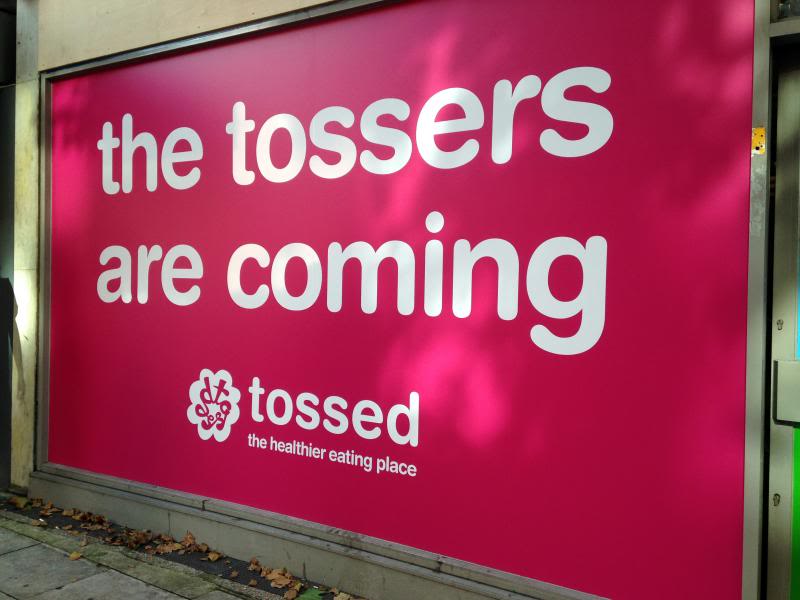 And that is about everything I have to share from my 3 days in the capital. I saw a lot of cool stuff, did a lot of thinking and a lot of walking – I was absolutely knackered on the train back to Lincoln! I’m not afraid to admit that I did a spot of people watching too – I love observing people and I think that as a designer, it’s important to know how people behave, well that’s my excuse anyway!

So, the polluted city ironically helped to clear my head and then fill it with some new ideas. Thanks for having me London – the novelty hasn’t worn off yet 🙂