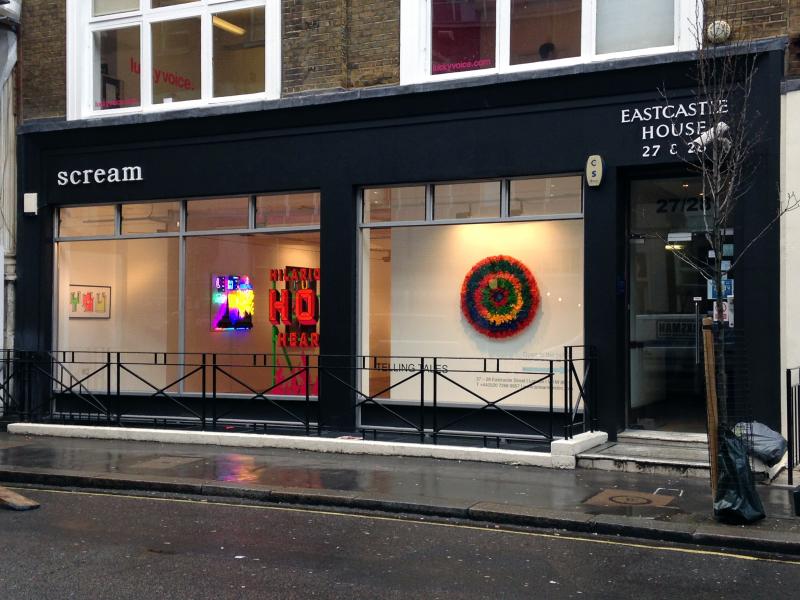 After recently discovering Chris Bracey’s work in the God’s own junk yard’s pop up shop in Selfridges I was excited to learn that he was also displaying some work at Scream Gallery in London. Located just off of Oxford Street, I was excited to pop in and have a closer look: 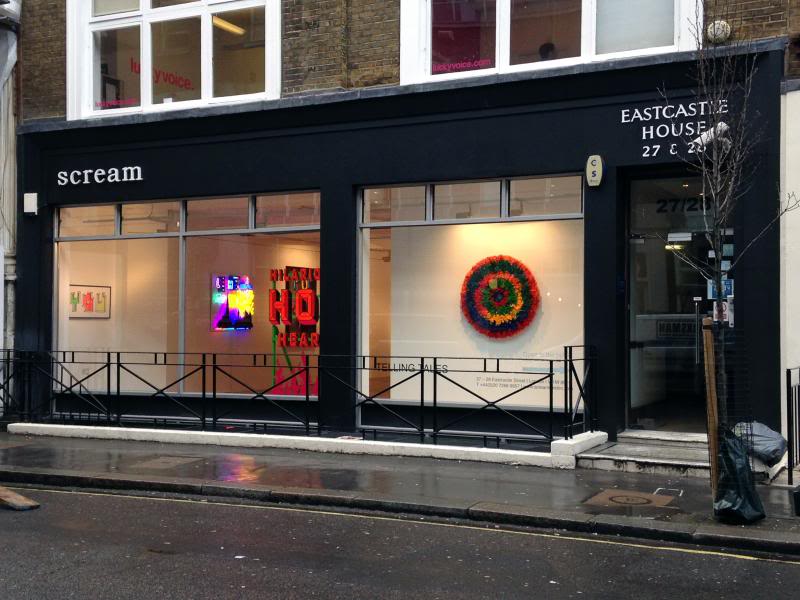 And I was not disappointed! Telling tales is an exhibition featuring the amazing typographic work of 10 artists/designers from around the world. 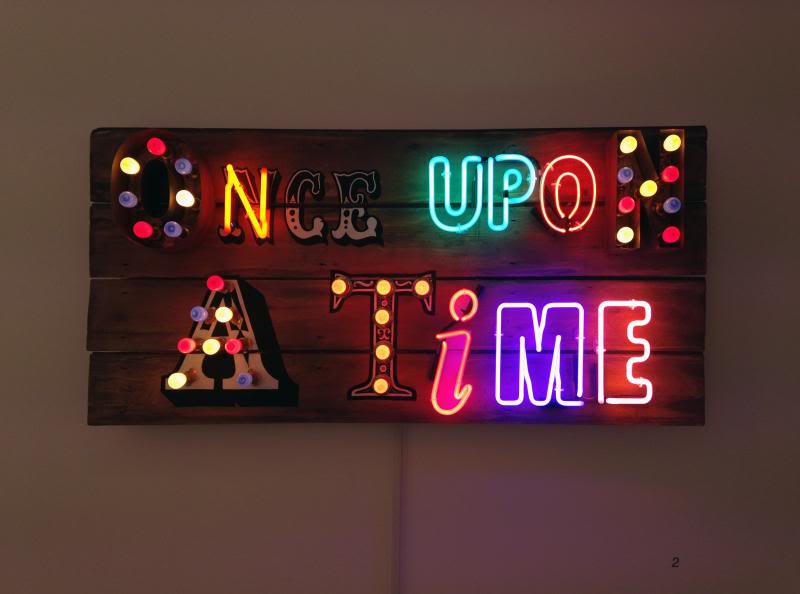 ‘Once Upon a Time’ – a modern take on a fairy tale beginning. 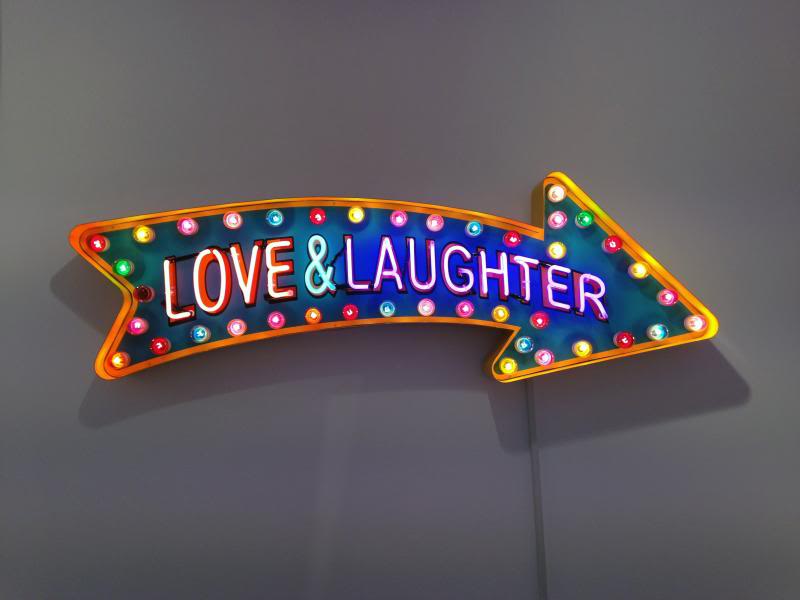 If you’re looking for ‘Love and Laughter’… follow the arrow? 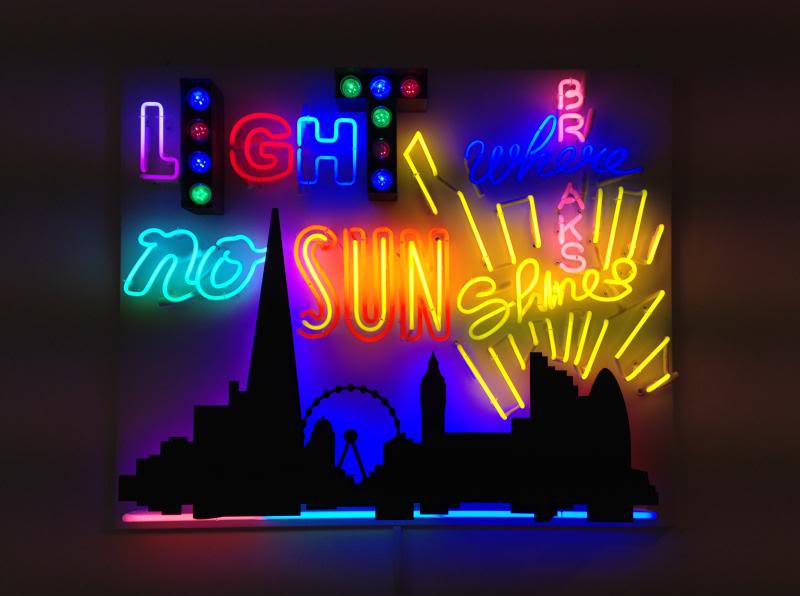 And with a London cityscape – Big Ben, the Eye and the Gherkin: ‘Light Breaks Where No Sun Shines’.

In the window is a piece by Morag Myerscough: 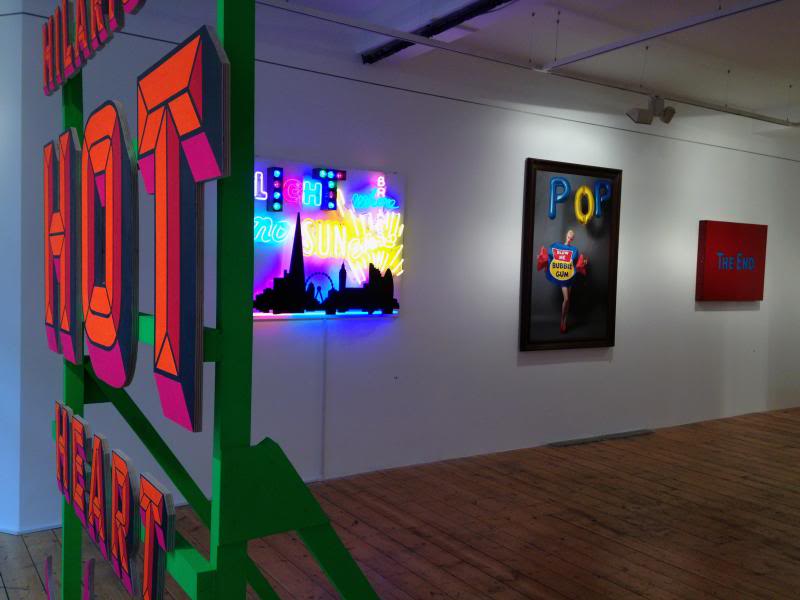 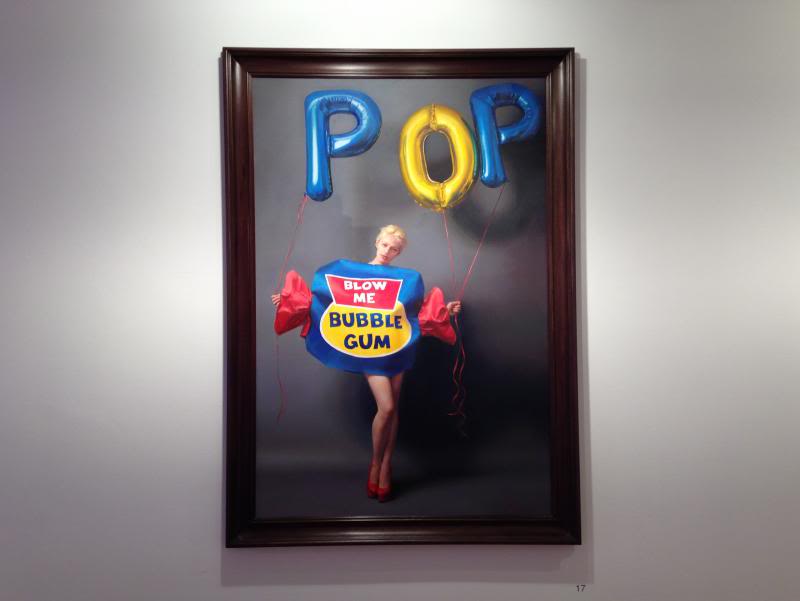 Modern Fine Art with a twist, ‘Pop’ by Sally Fuerst 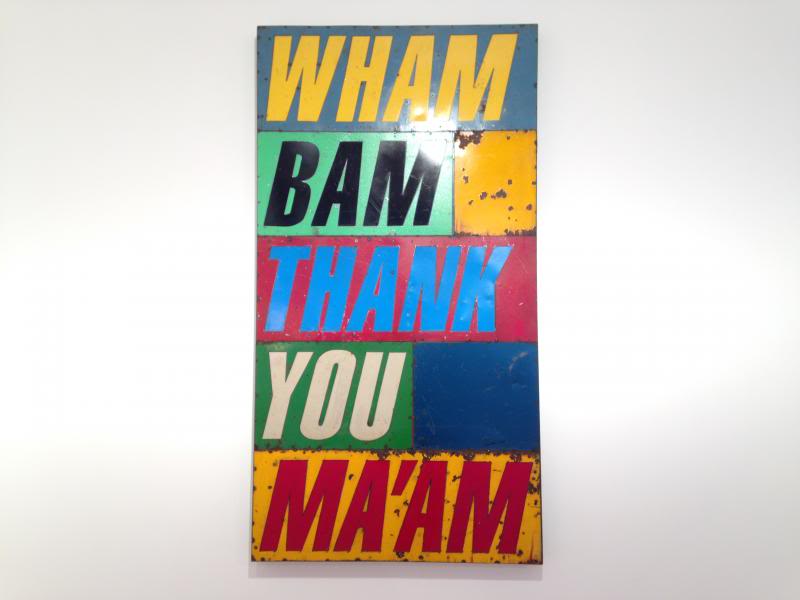 ‘Wham Bam Thank You Ma’am’ by David Buckingham is hand cut and constructed from found metal. 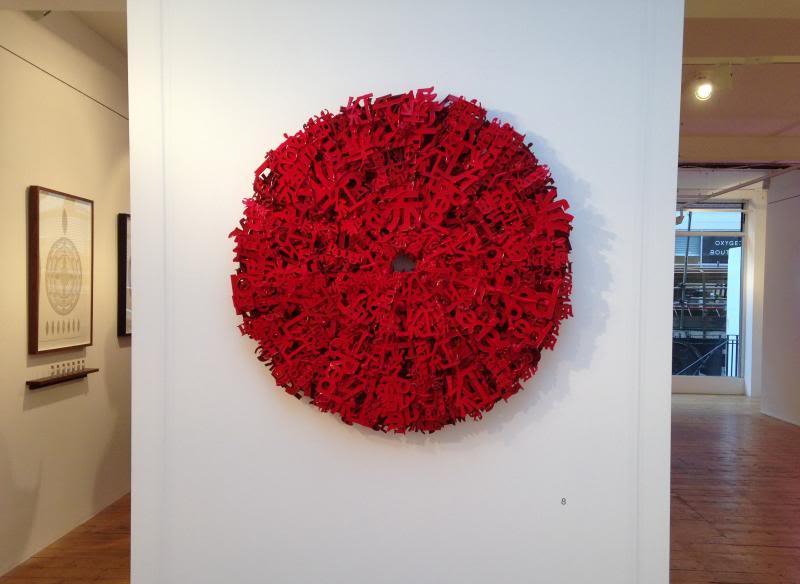 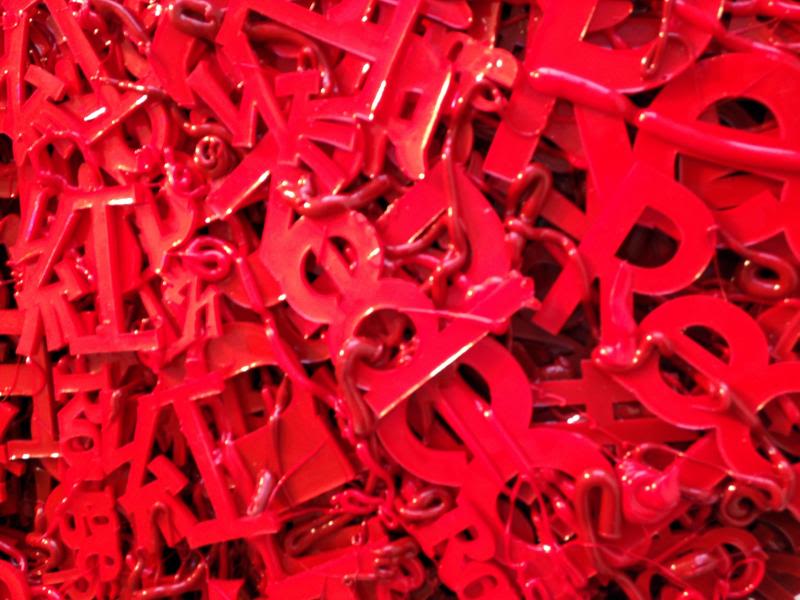 Made from silicon, Red in 5 languages: English, Hebrew, Arabic, Yiddish and Spanish 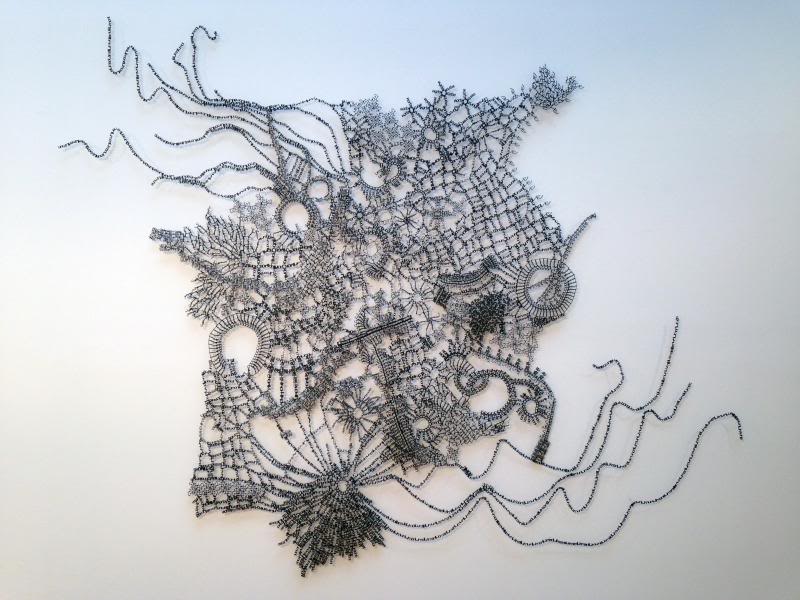 Made from rubber, it’s constructed from the word lemon in forty languages: 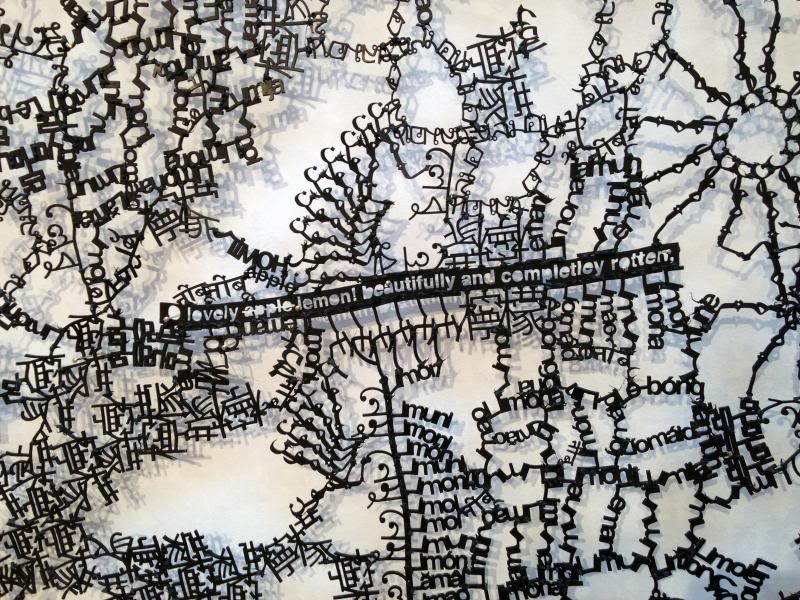 Last but not least, some amazing typographic cut and paste work by Meg Hitchcock: 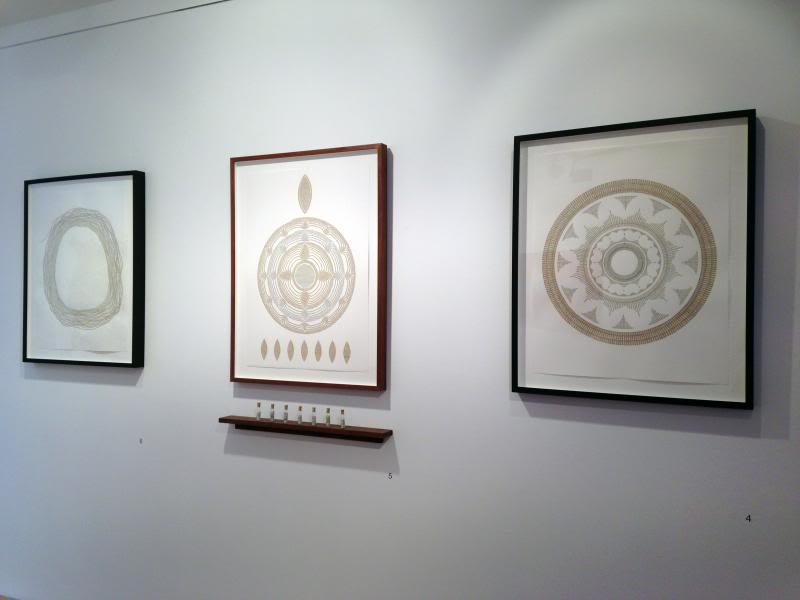 Left to right: ‘Mundaka Upanished’, ‘The Land of Bliss’ and ‘Subhan’ Allah’. They look great from far away but take a closer look… 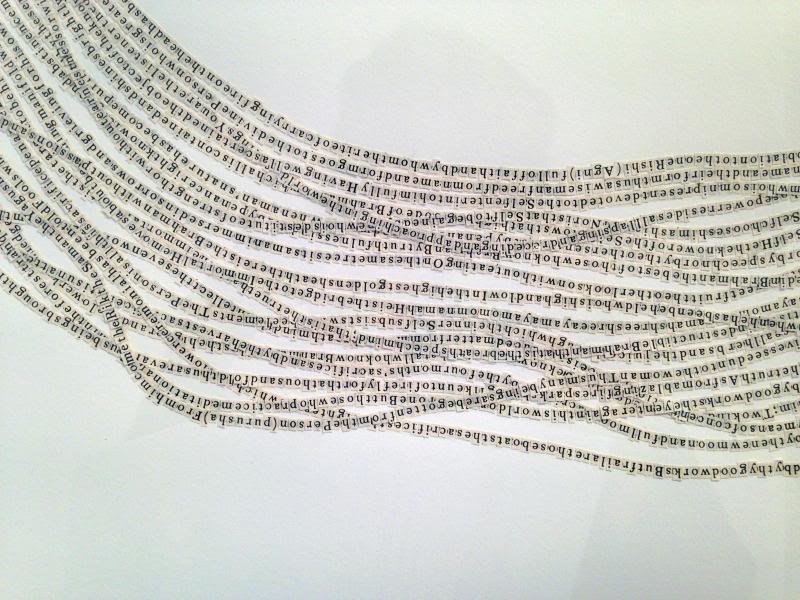 Made from letters cut out of the Bible and Koran and then arranged into the patterns/shapes – very time consuming I can imagine but for the result, totally worth it! 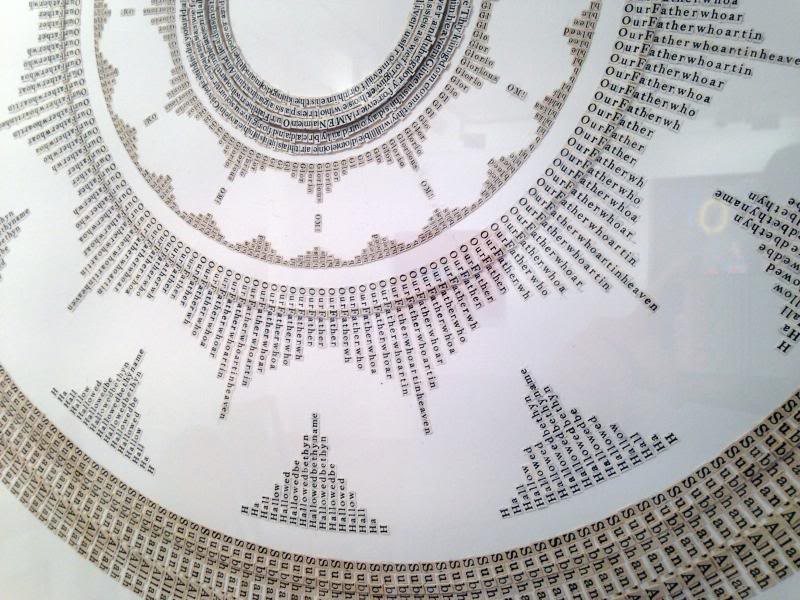 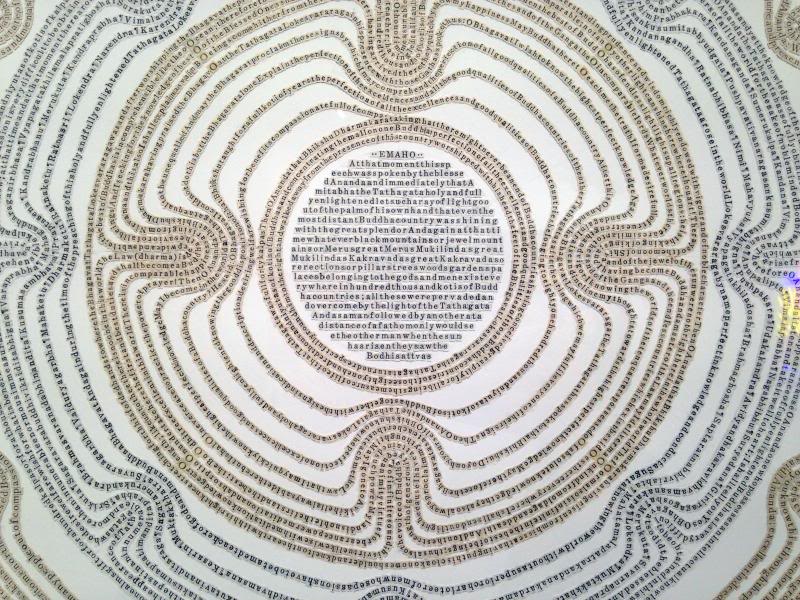 Last but not least, I didn’t realise that these chairs are part of the exhibition until I got home and was editing the photos… 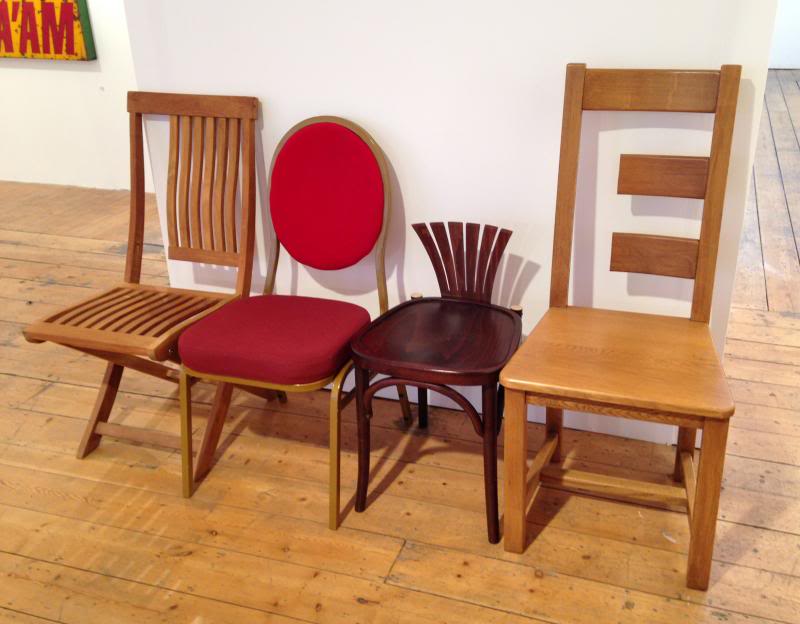 ‘Love Seat’ by James Hopkins. Chairs with letters – what a lovely idea! It would be so cute for a family to have a set of chairs with their initials in.

But that’s not everything! There are 20 pieces of work on show so get yourself to Scream Gallery, enjoy the typographic creativity and be inspired! If you do go, let me know what you think!