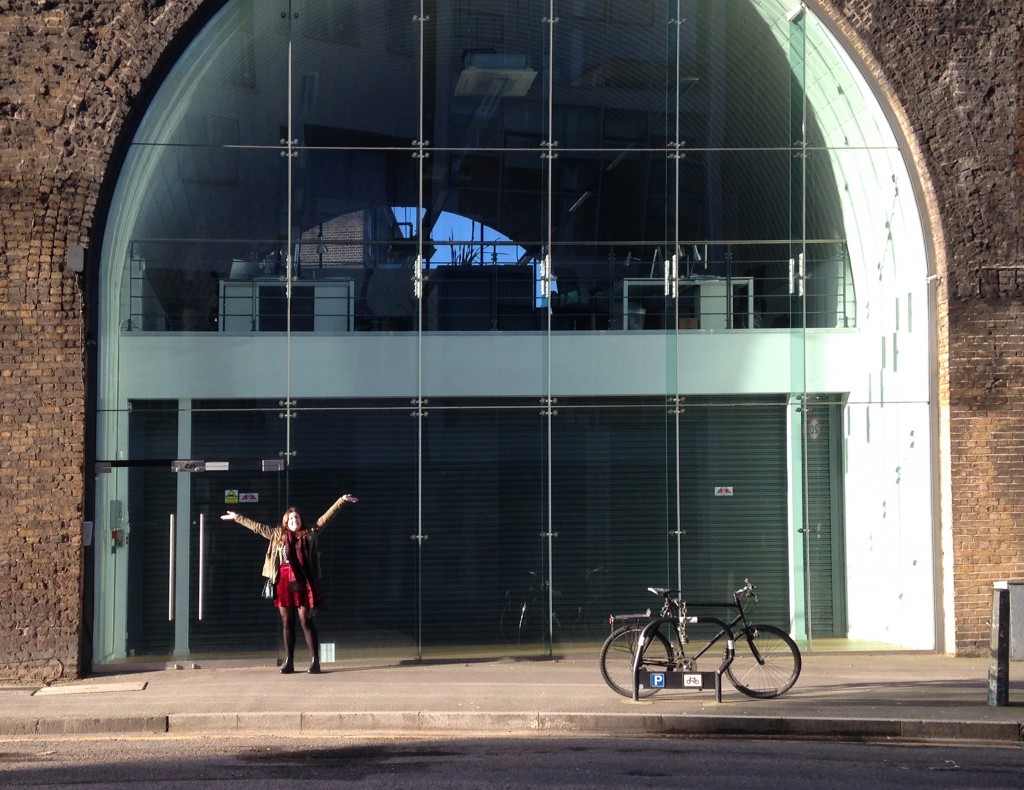 So this post comes a bit later than I had originally planned, but if you have been wondering why I’ve been a bit quiet/ you follow me on instagram and wondered why I’m posting so many pictures of London… 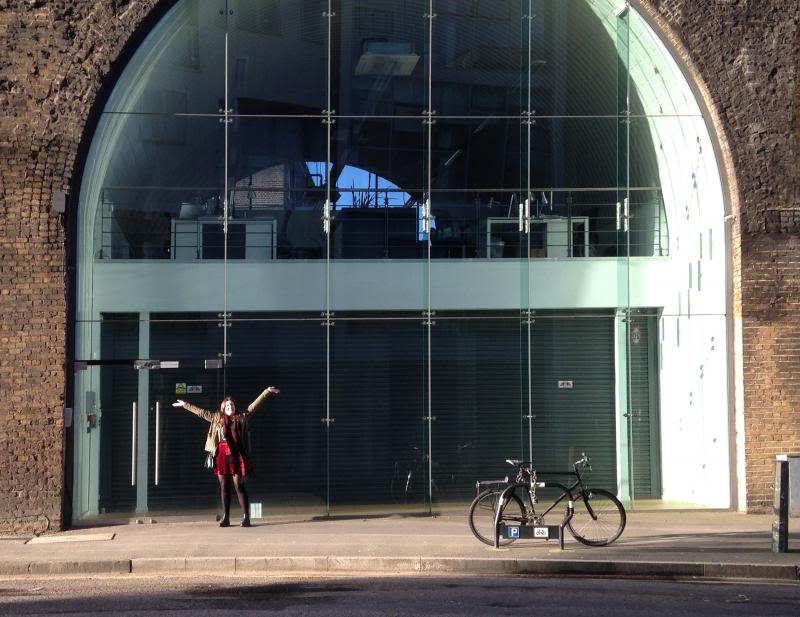 Yes, I have made the jump and said yes to a placement in London. After my ‘creative crisis’, I picked myself up and went to 2 interviews in London, one of which I was offered a month as an intern. Coming from a small town in The Fens, moving to London is a scary but exciting thought. For months I have wondered how I could get to London – how can I get an internship, find somewhere to stay and afford to live? Thankfully I have some very amazing friends who are letting me stay with them (thanks Ben, Keri and Nadia) and a great mentor in Jo, a fellow Lincoln graduate and Senior Designer at gp studio.

The daily commute has been eventful. It’s as crazy as I had expected; pushy and grumpy Londoners on a mission to get to work and no one is going to get in their way! I’ve been on the tube many times, but nothing is quite like the pre-9am panic. I’ve squeezed into spaces that I didn’t know existed and I’ve seen a tramp sneak a dog in a bag onto a bus and crack open a can of special brew at 8am. Oh and the tube strikes haven’t really helped either but it has given me the opportunity to explore different routes and places that I wouldn’t have before.

Tomorrow is the end of my first week and I feel like I’ve learnt so much already! 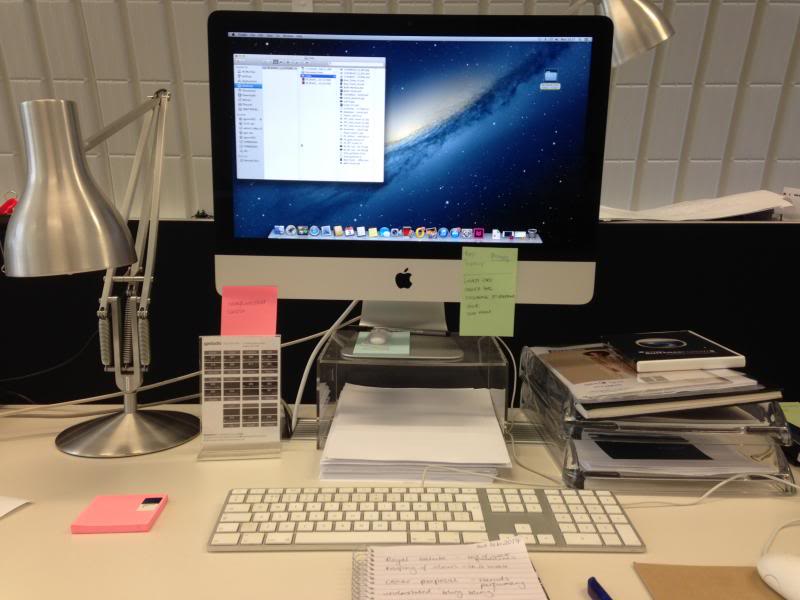 Its been scary but exciting. I didn’t really know what to expect but have been trying my best, although I do feel a bit useless at times. I know they say that the real learning begins when you leave University but I don’t think I quite understood how true it would be until now! Jo and Chris (the graphics team – there is an interiors team too) have been understanding, but I feel like I should know more/ be able to do more.

Does University really prepare you for industry? I sure don’t feel like it at the moment, although I know it’s early days and I’m still getting used to the way things work! I hope they don’t think I’m totally useless and hopefully I’ll get the opportunity to impress them within the next 3 weeks. I think it doesn’t help that the clients are so amazing – just check out the projects on their website. It’s exciting for me to see how work is developed with the brands but it’s also a lot of pressure on producing amazingly executed work. I know that everyone has to start from the bottom and I’m not expected to know everything but obviously I want to do well!

Despite my self-doubt, I’m having a good experience so far. Everyone has been really lovely and welcoming even though I’ve admittedly been quite quiet whilst settling in – I know that everyone is super busy so I don’t want to pester them with silly questions. On my first day we had a meeting with breakfast included – Helouise and Mel kindly made crepes for everyone. There is a great mix of people with accents from Ireland, Scotland, France, New Zealand, America, Japan and Holland filling the studio (those are the ones I have guessed so far). And the studio building is amazing: 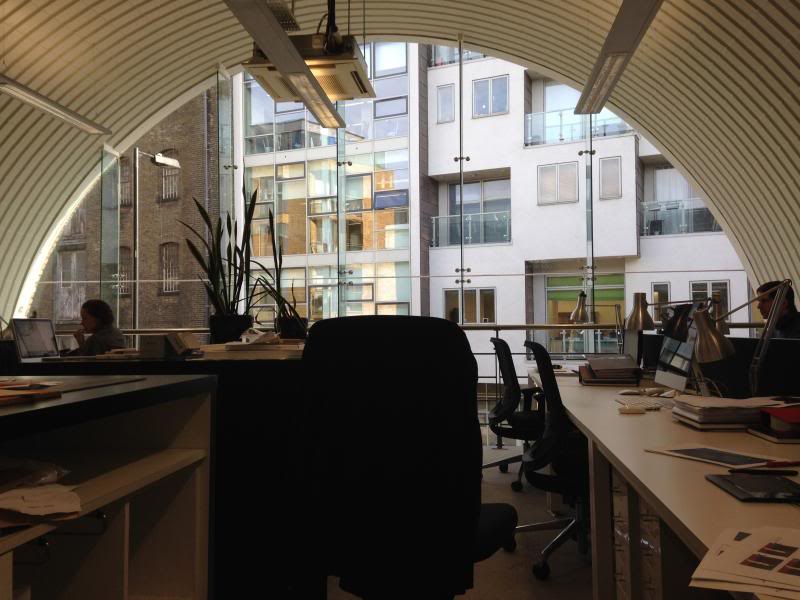 So, like the Jim Carrey film, my advice is be a YES (wo)man – just say yes. I was scared to accept an internship in London and I wasn’t really sure how I was going to make it work at first, I just knew I would make it work! Determination. There’s no point in me sitting at home and dismissing a great opportunity because it isn’t straight forward – you have to go out there and make it happen. Just do it. Say yes to opportunities – who knows where they will lead you?

I’m saying YES to being a sponge for the next 3 weeks and soaking up all of the experience that I can 🙂 What are you going to say YES to?