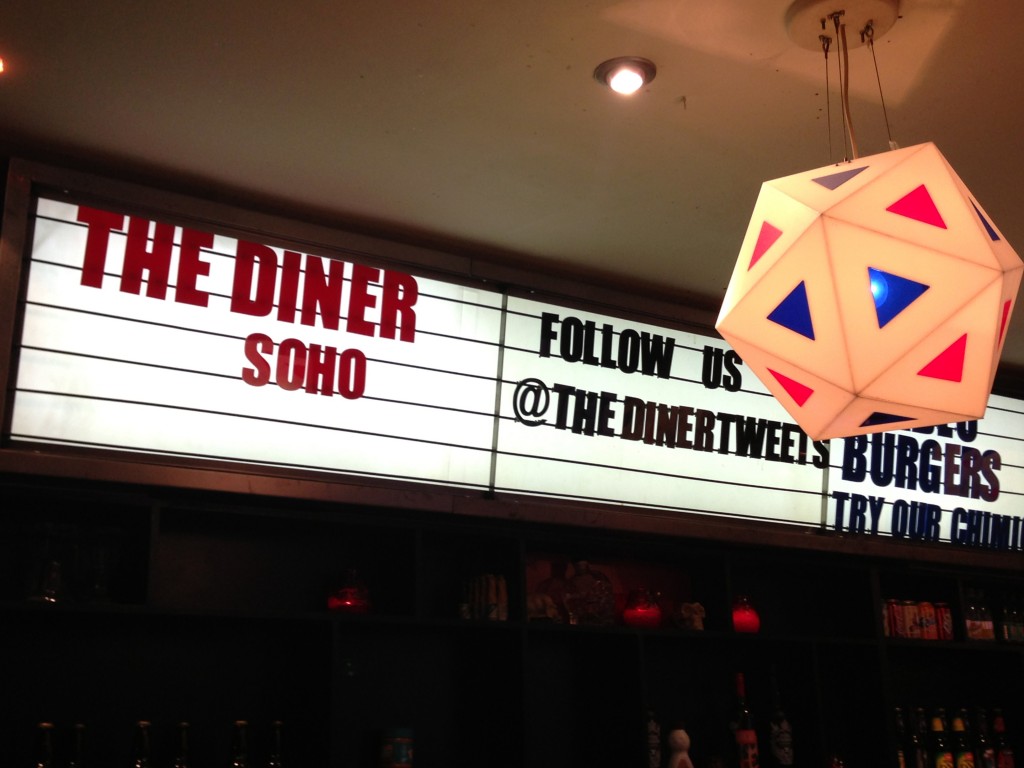 As a country girl, one of the things I enjoy about being in London is the food. With such a wide range of cultures there is always something different to try from Mexican to Japanese. I’m quite poor at the moment (and generally careful with my money anyway) so you won’t find me eating out for lunch/dinner every week but everyone deserves a little treat now and again, and I like to eat. And of course as a designer I usually end up analysing the restaurant branding, so I thought I’d share my thoughts on The Diner Soho located just off Carnaby Street. I visited the other weekend with Nadia: 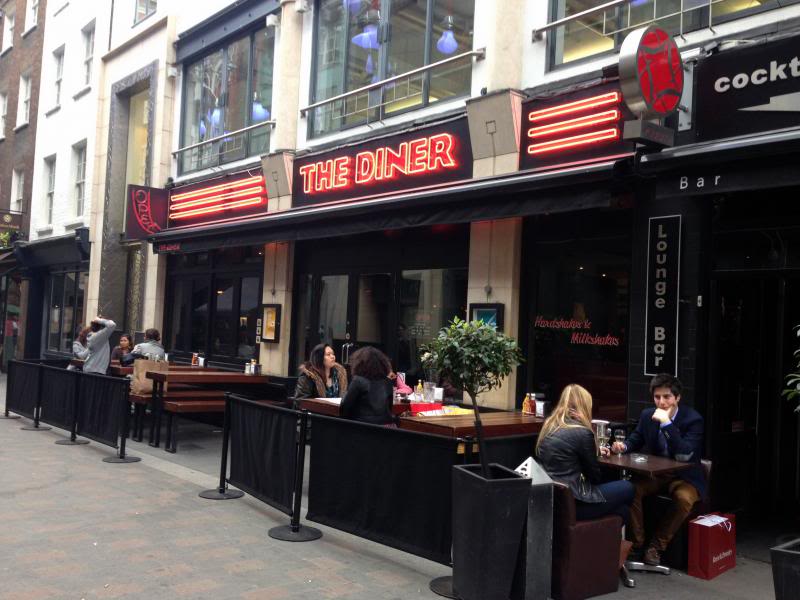 Before we even go inside I see neon, and you know how I feel about neon (love it)… 10 points already! 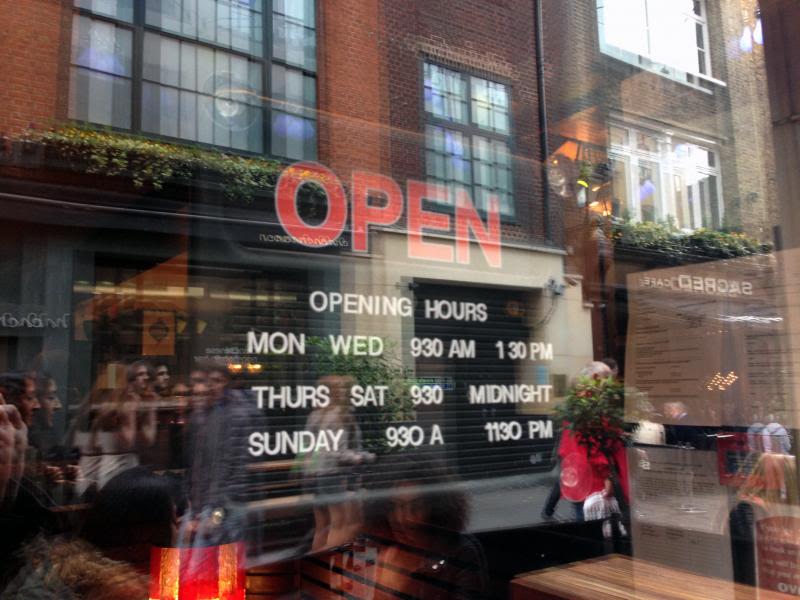 The opening times sign is so cute in the style of a retro cinema board, and the old style cinema theme continues inside… 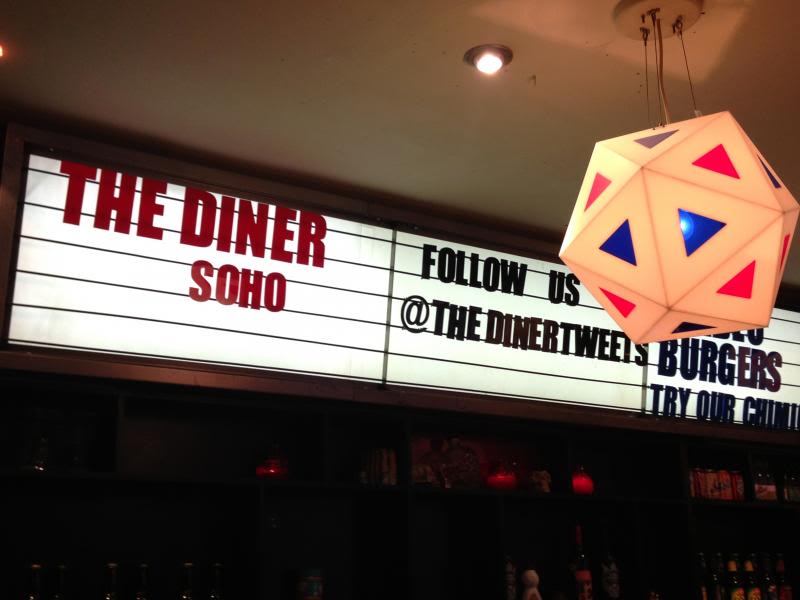 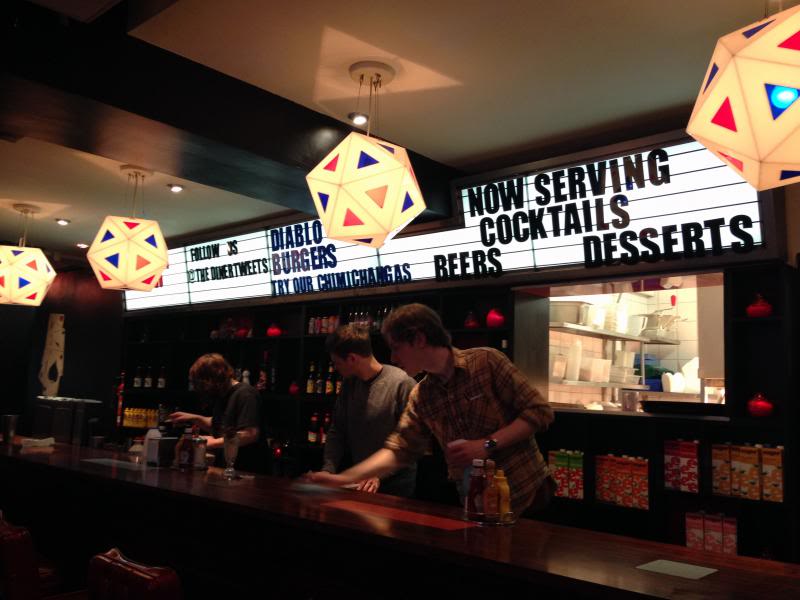 Onto the messy stuff: the food. The menu design is ok, but not what I expected really. It’s a double sided A3 size paper menu with food on one side and drinks on the other. I have to say with it being my first visit, I felt a bit overwhelmed and didn’t know where to start so maybe more hierarchy is needed? I like the blue and red theme (so American) and the general typographic layout is quite clean but I’m not sold on the boxes around each section – too heavy in my opinion. 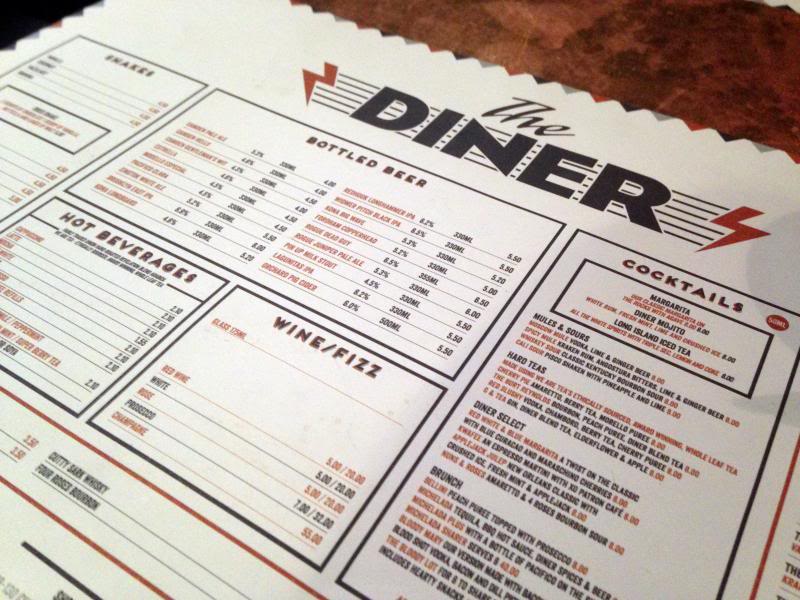 Also where did the triangles around the edge of the page come from? You know how much I love them but surely the lightning bolt would have been a better choice and more on brand?

Only the other day I was saying that the closest I’d come to proper American pancakes was a McDonalds breakfast (doesn’t really count does it?) so I was hyped to try some real ones: 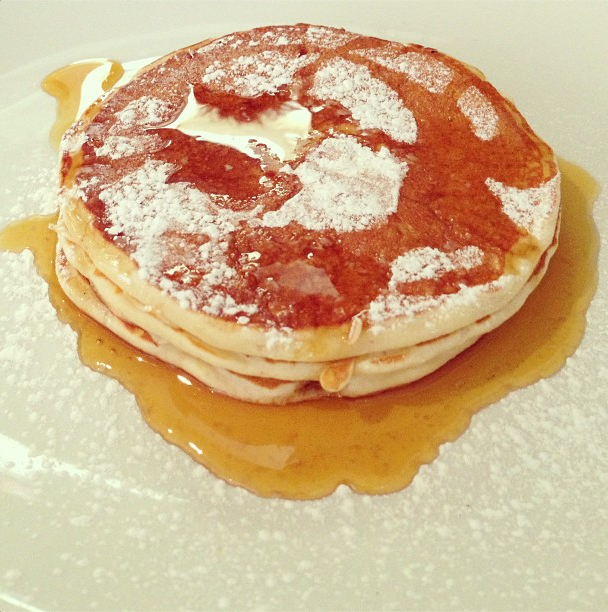 They tasted as amazing as they look!

I think The Diner has tasty food, a cool vibe and some quirky features but it should be too cool for school really and I’m not quite convinced. Whilst waiting for our food, the atmosphere was dark and grungy with rock/indie music blasted through the speakers. It was cool. Maybe I’ve spent too much time drooling over hipster burger joints in Shoreditch, but I guess that I expected the design work to be cool too? It’s a small detail but as a designer, it matters: cutlery is brought to you in a mug which is a nice idea but it’s just a bog standard white mug with a logo printed on it. Who doesn’t want to drink tea or coffee from a mug covered in lightning bolts? From The Diner I want ripped t-shirts, plectrums and bold posters for my bedroom walls. Still, they serve good food – go and taste some pancake goodness for yourself!

Something a bit different to usual, but if you liked this post and would like me to continue a ‘food & fonts’ post series comment below and let me know – I will quite happily test out lots of yummy food places!

Not just a bloggy face