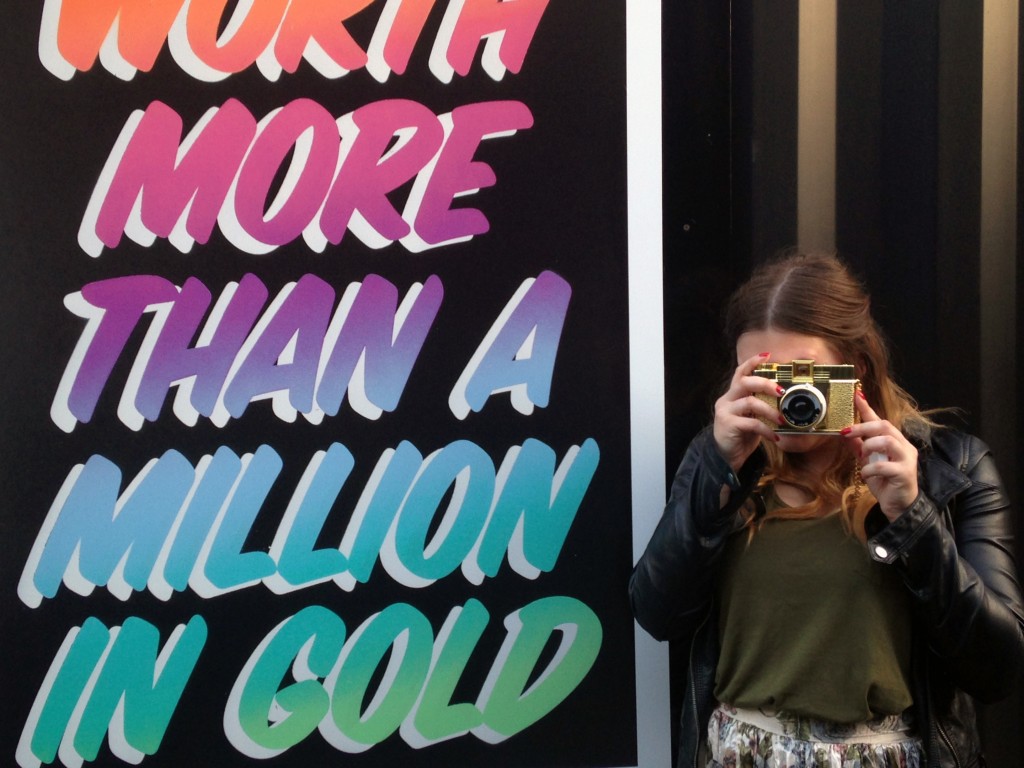 I met a girl in Manchester the other weekend and I just knew that I had to bring her home with me! 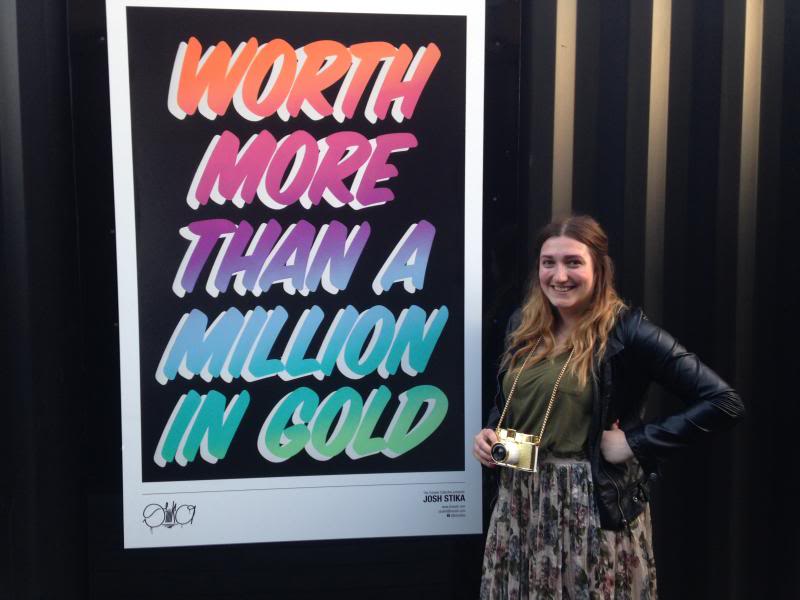 I’m talking about Diana, my new lomography camera of course! (Haha had you going there, right?) She’s gold and shiny and best of all she was a bargain (cheap date). I bumped into her by accident in Urban Outfitters and noticed that she had a sticker on her that possibly wasn’t meant to be there – £25.00. It seemed a bit too good to be true really as she was originally £60, but I took her to the till on the off chance. And my luck was in: 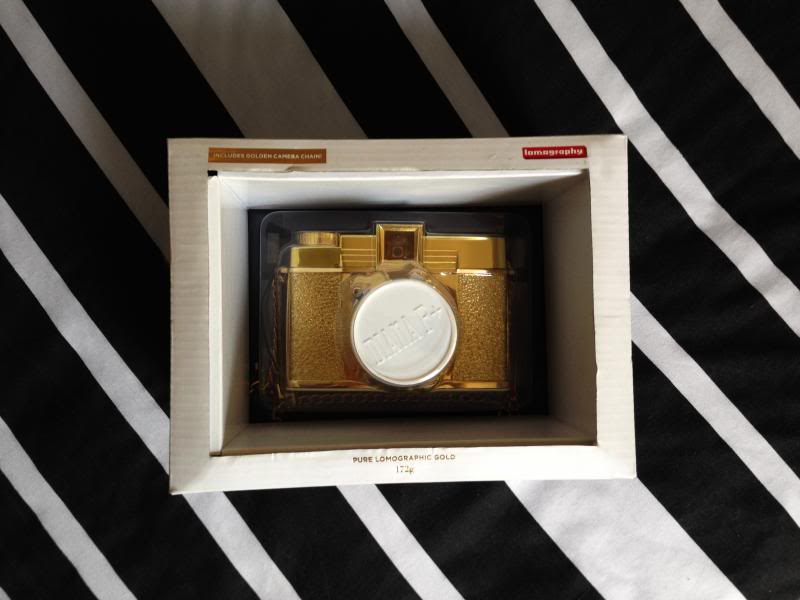 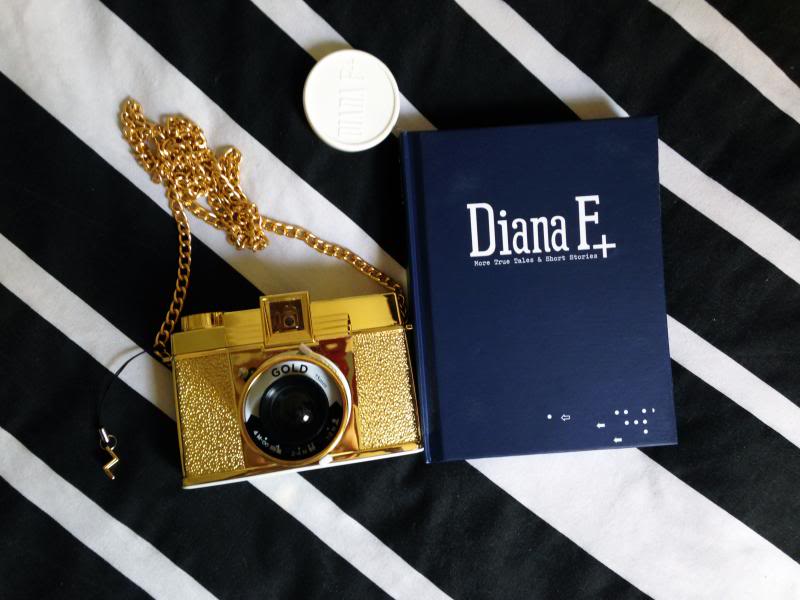 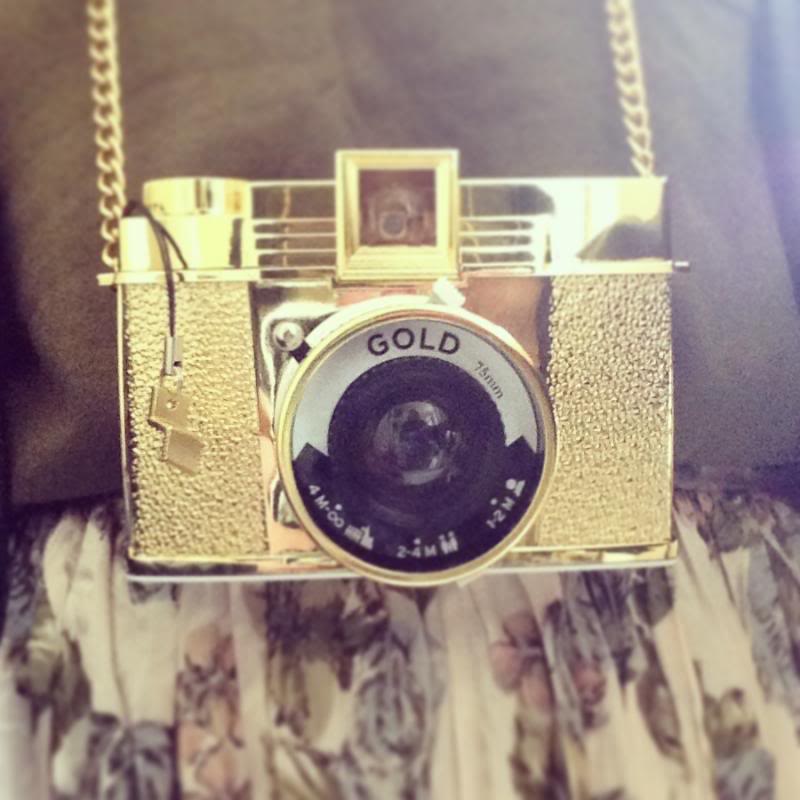 Isn’t she beautiful? I’ve wanted a Diana for ages but haven’t been able to justify buying one when I find it hard to use Lady P (because it’s film so I only want to take perfect photos!), but it was just too good to miss out on! I have a feeling that Diana is going to be more than just pointing and shooting, as there are a lot of different buttons and switches so it might take a while for me to figure out what I’m doing.

If you’re feeling flush and digging the gold (gold digger!) she’s still on the UO website at full price with a flash included. 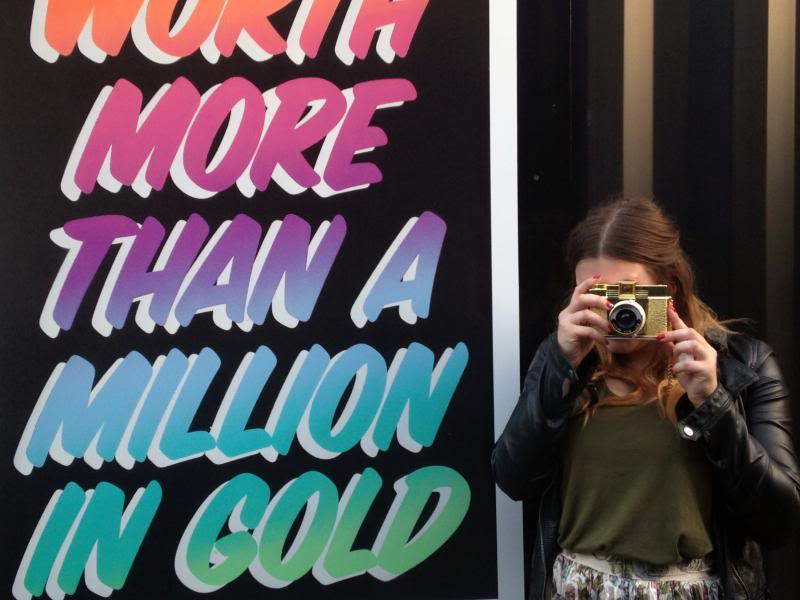 I was at Box Park in Shoreditch with Nadia and Lucy when we spotted these typographic works by Josh Stika and couldn’t help but pose next to this one about gold.

Also in reference to the post title, everyone listen to Golden Touch and remember Razorlight. When I was studying for my GCSEs (back in the say) I would listen to their albums on repeat. Not sure what happened to them, but I reckon I could still probably sing all of the words!

Does anyone else love lomo? Show me your cameras! Also any Diana/lomo related tips are welcomed 🙂