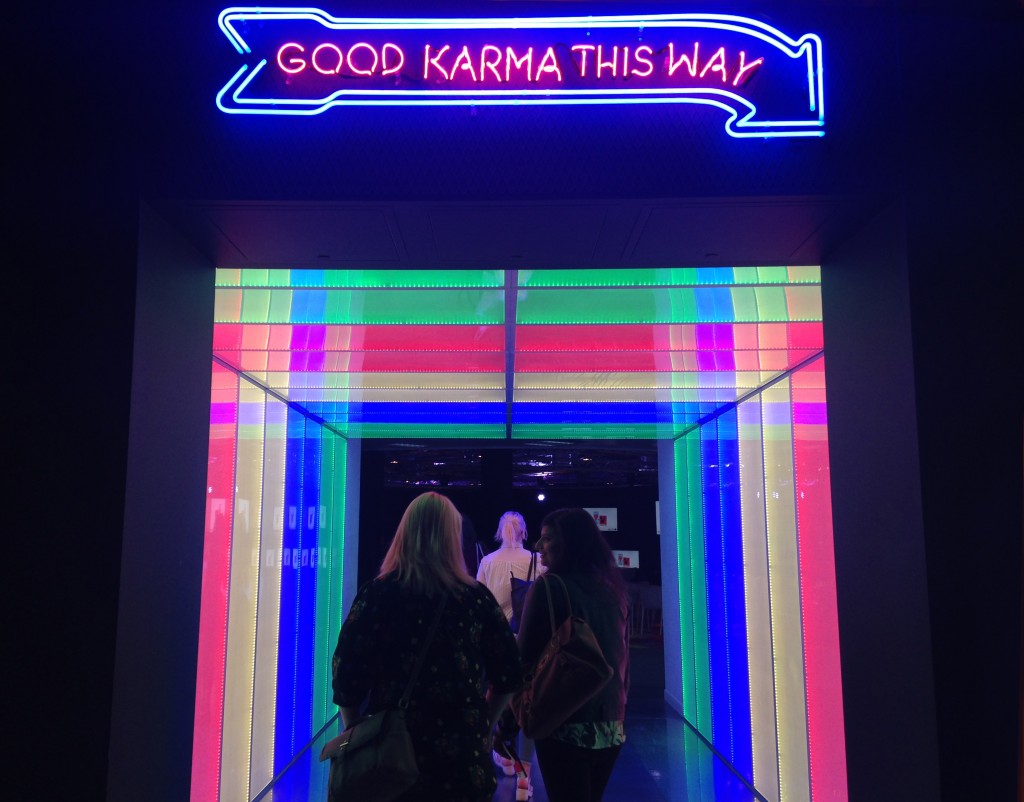 On Thursday night I headed to Karmarama HQ in Farringdon for a She Says talk: Clients meet creatives. 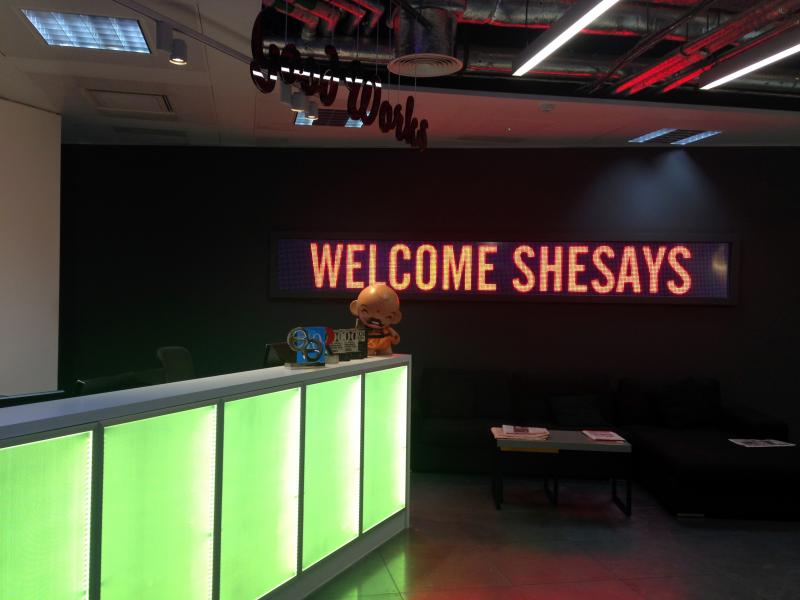 The Creative advertisers (Natalie and Lucy, Lily, Lucy and Charlotte) have kindly adopted me into their SheSays cheerleading crew. Walking into the Karmarama office there was one word in my mind: WOW! 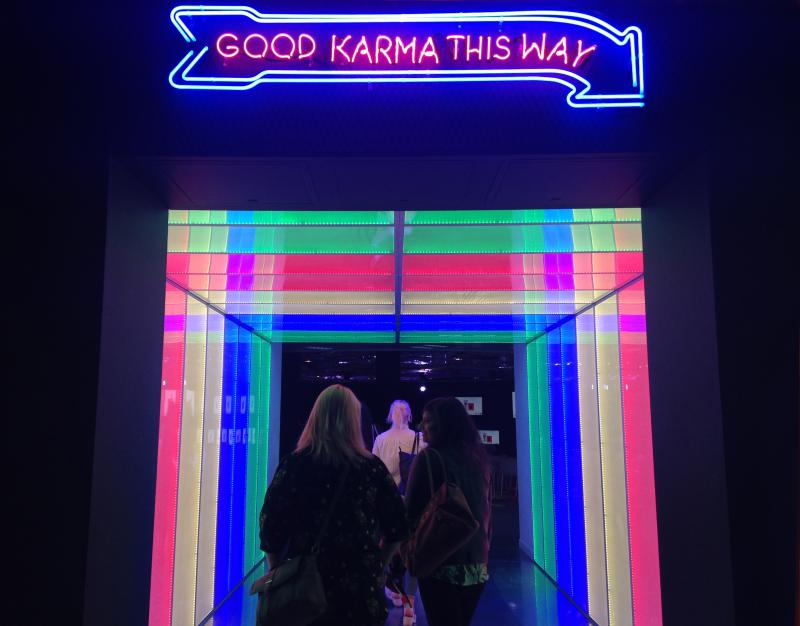 I couldn’t resist making this gif of Lucy & I posing in the rainbow tunnel. Imagine walking through this every day to get to your desk – it could brighten anyones day!

So getting down to business, the panel was introduced by Jo from She Says: Caitlyn Ryan from Karmarama (creative), Laura Graham from Onken Dairy (client), Robin Charney from AAR (client and creative) and Emma Perkins from Cheil (creative). 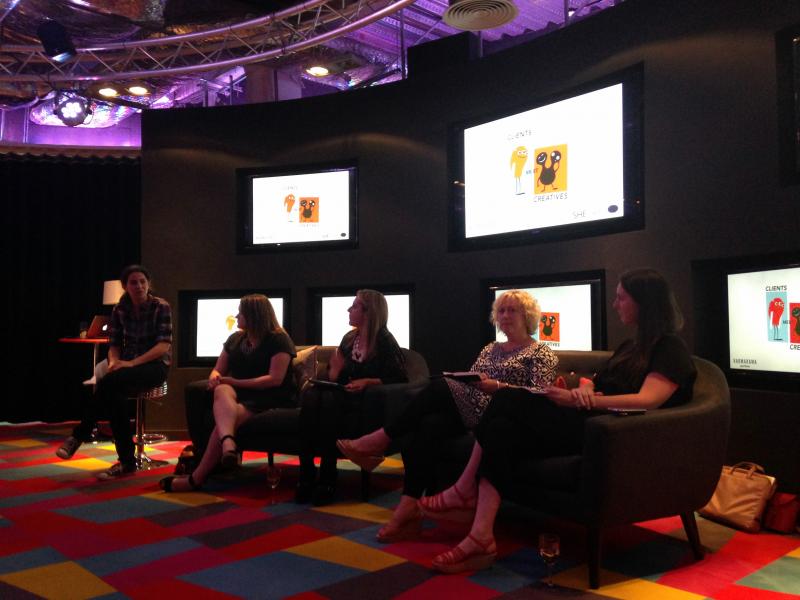 Laura from Onken played a video explaining how they worked with Karamarama to promote their products via a digital/social media campaign. This is quite a new and brave option compared to more traditional TV adverts but has proven to have a better reach and exposure for the brand. They are able to interact and have constant conversations with their customers on a daily basis which means they can react quickly to comments and trends. It’s definitely a more personal approach that more businesses will need to adopt if they want to keep up with today’s digital age.

Each week Karmarama(creatives) send 2 script options to Onken(client), the client picks their preference, the creatives film on the Wednesday and the video is released without the client even seeing it! It’s a fast paced process which means that Onken are communicating new content to their customers every week instead of a TV ad every couple of months. This kind of working relationship shows a huge amount of trust between the client and creatives, with monthly reviews to discuss feedback. It’s a test and learn strategy which allows this campaign to work – ‘At the end of the day we’re just yoghurt so why pretend to be anything else?’ 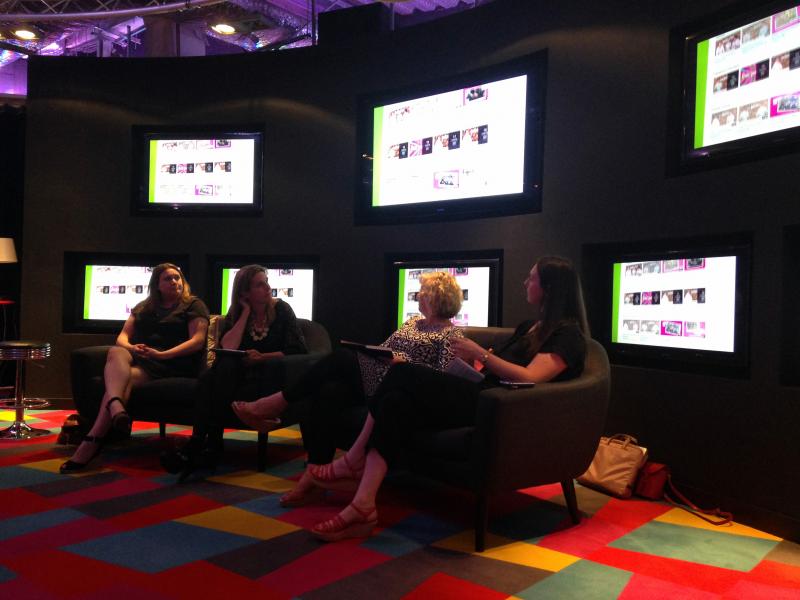 It was really interesting to hear from both sides of the fence and how both the client and creatives work together as a collaboration rather than as enemies.

Emma Perkins from Cheil(creative) then shared her experience of working with Samsung: 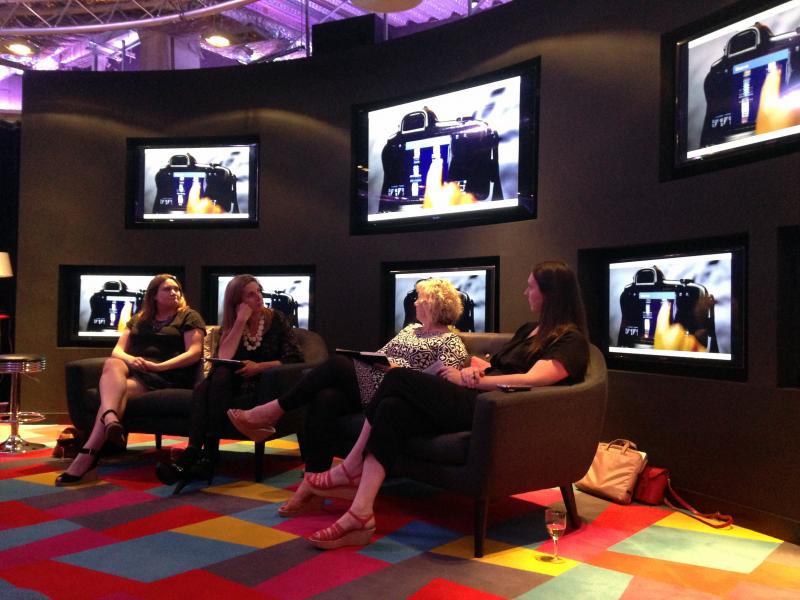 How can you get a new camera noticed without having a budget as big as your competitors (Nikon etc)? Emma said she knew they needed to get the camera into the customers hands, but how? Build a robot with a built-in camera and send it around the world, of course! Also known as the NX Rover project, it allowed users to remotely control the camera, post the photos online and create a buzz for the camera.

But it’s not just about posting some nice photos on Facebook, shortlisted in the innovation category at Cannes 2014, the NX Rover could save lives. Emma explained that 80 photographers die in war zones every year and with this technology, this could be stopped.

Emma also spoke about giving Samsung phones to Youtubers to film whatever they wanted. For the client it’s a pretty scary idea of putting their brand into the hands of today’s youth but the challenge was to ‘Connect samsung with a millennial audience that isn’t listening’ 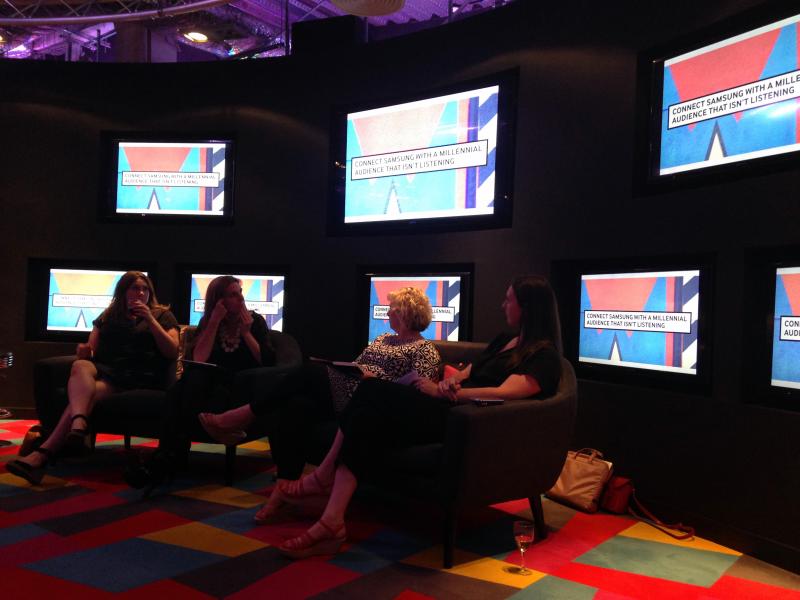 Robin from AAR has experienced both sides of the industry, admitting she was a difficult client and said that she would now brief better as no one knows the business better than the client – ‘creatives aren’t in the client’s head!’ She explained that traditionally creatives would pitch to win the client but now it’s more productive to have a workshop with the team and see if the relationship can work.

Consumers are agile and clients need to keep up with them by asking the right questions ‘What’s the latest thing that Facebook are doing?’. Creatives can also improve by reading data – looking at the reaction of the consumers can help them edit the way they creatively direct.

The talk was brilliant; there was interaction with the audience, the speakers really bounced off each other and shared some great experiences. I’m not in advertising but everything that was discussed I could relate to and learn from as a Graphic Designer and female in the creative industry.

After the talk we explored the office a little: 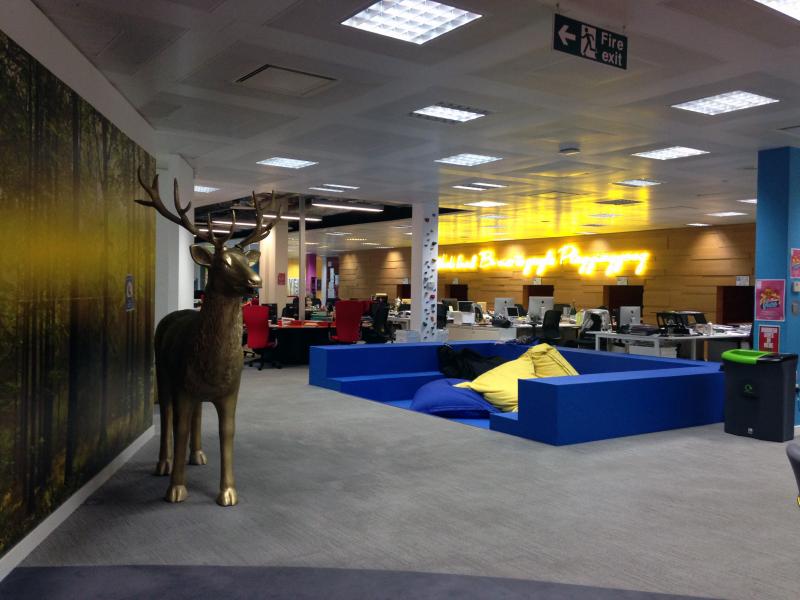 DO NOT ride the deer… 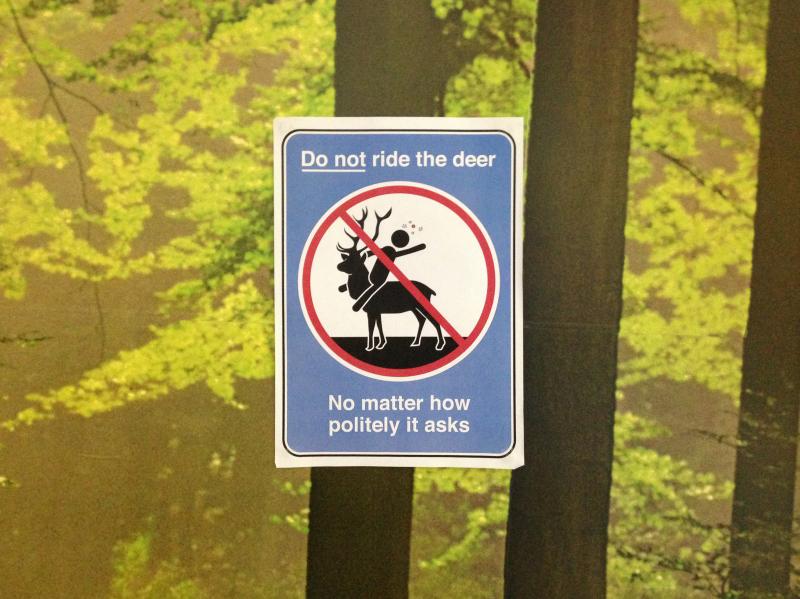 …but play in the bean bag pit all you like! 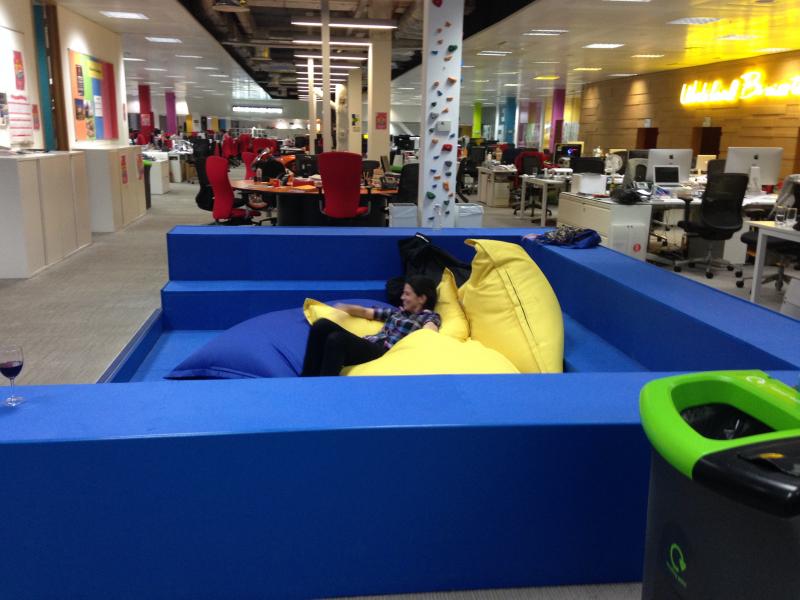 They also have themed rooms – welcome to the hunting lodge: 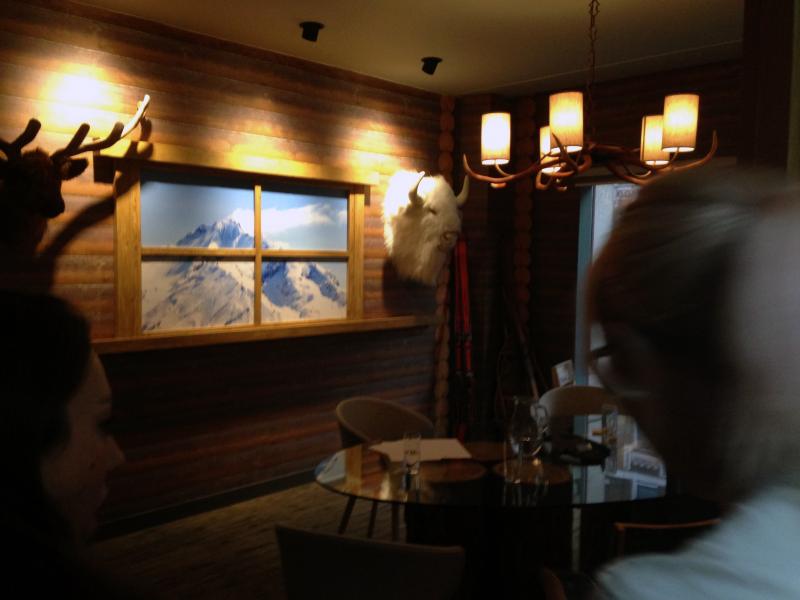 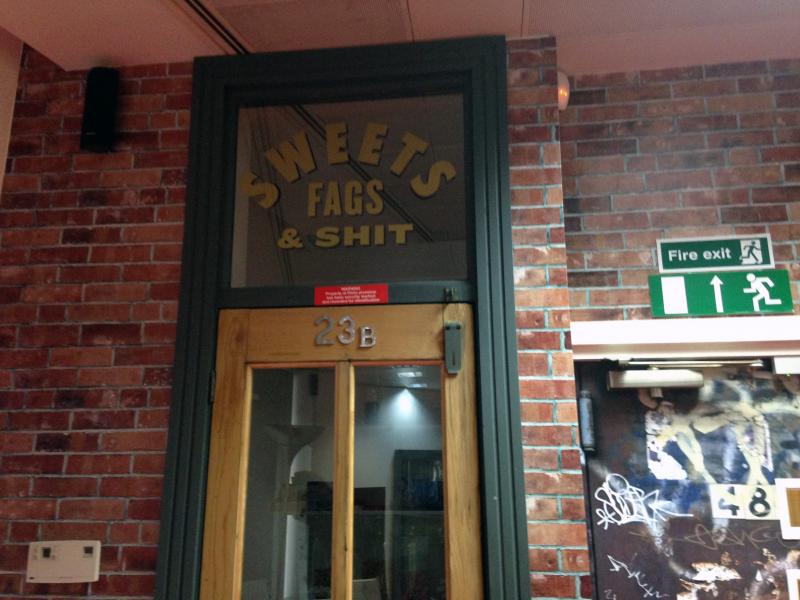 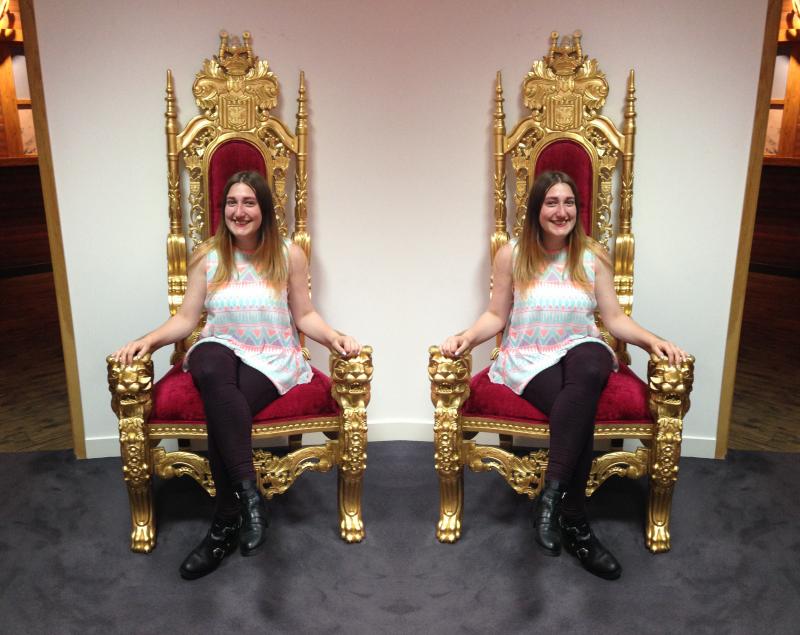 I’m so glad that I was able to go to the talk. Originally it was sold out but annoyingly the room was nowhere near full. It’s a shame as people who would actually attend could have been there, but because the tickets are free (which is amazing) people got tickets just incase they wanted to go…. and didn’t. As you can imagine, it’s pretty frustrating! Luckily She Says were able to release 10 extra tickets of which I grabbed the last 1! Fingers crossed that I will be able to get a ticket to future events – and you guys should try too! Follow @SheSaysUK for updates about the next talk and hopefully I’ll see you there? 🙂

Thanks again to She Says, Karmarama and the speakers – it was a great evening!