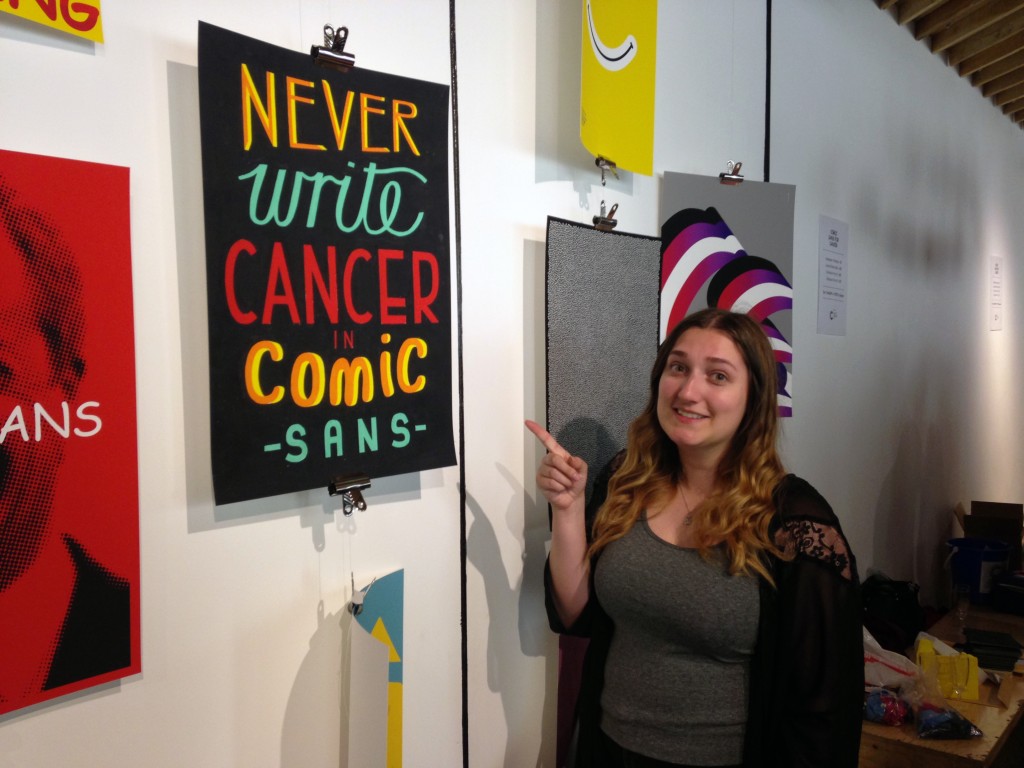 Sure, Graphic Designers are geeky about fonts and typography but there are a handful of fonts that just about everyone in the world will know about…

If you bring Comic Sans into conversation with a Graphic Designer, its about 90% likely that they will shudder or cringe. Like every font. there is a time and a place to use Comic Sans… but not very often! Personally I think it’s acceptable to use on posters for school children and that’s about it. Poor Comic Sans – the font we love to hate! This year Comic Sans is 20 years old and to celebrate it’s Birthday and raise money for a good cause – Cancer Research UK. And so Comic Sans for Cancer was born… and on Tuesday evening Soofiya & I attended the Private View: Having been here first the first time only 3 days before, I found myself back at The Proud Archivist next to Regents Canal. The bubbly was flowing and the room full to the brim with Comic Sans lovers/haters: Over 200 posters had been produced in or around the theme of Comic Sans and Cancer including one by Vincent Connare – the creator of Comic Sans! Most of the posters were very humorous, which I think was really appropriate for the event: 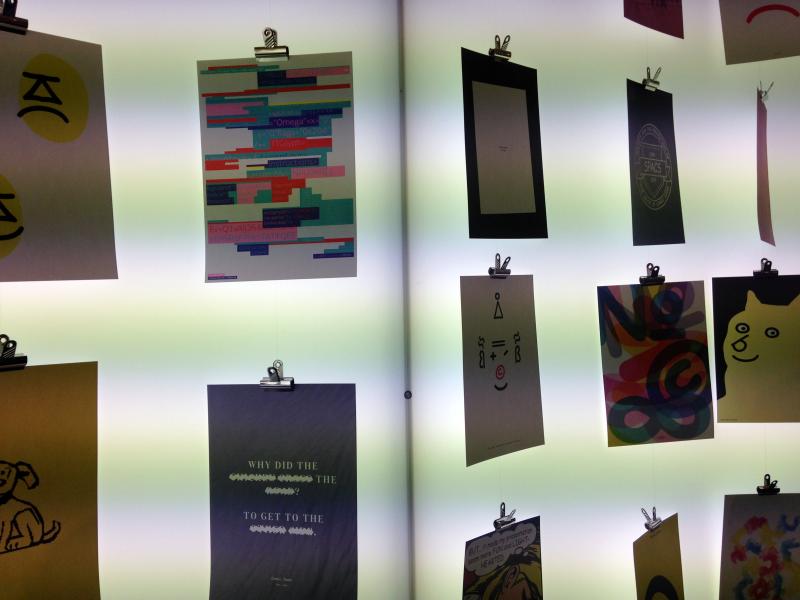 The technique of hanging and lighting the posters via light boxes was really effective in person however, as you can see, it made it quite hard to photograph (on my iPhone anyway)… Soof and I nibbled on the treats available: popcorn and candyfloss – fun and bouncy just like Comic Sans! 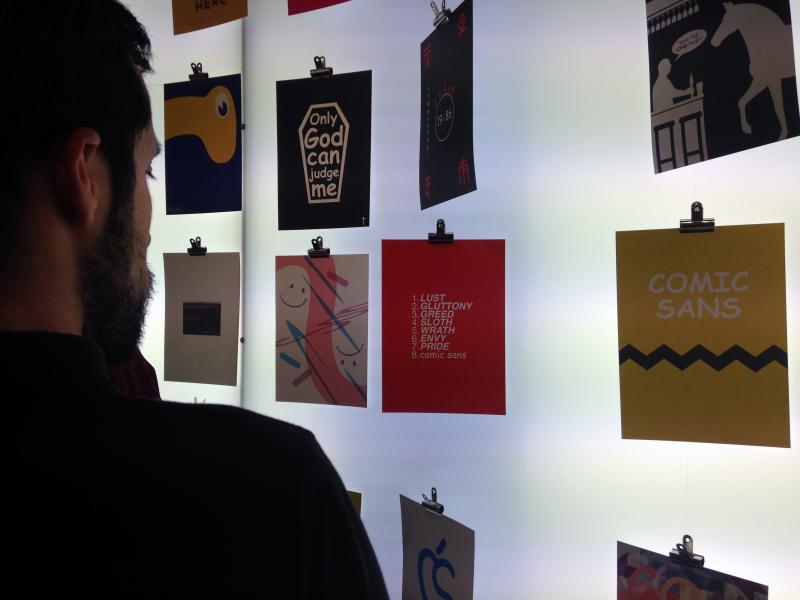 Did you know that Comic Sans is the 8th sin? Some posters were beautiful and some were hideous, but it was all in the name of Cancer Research so it’s ok! 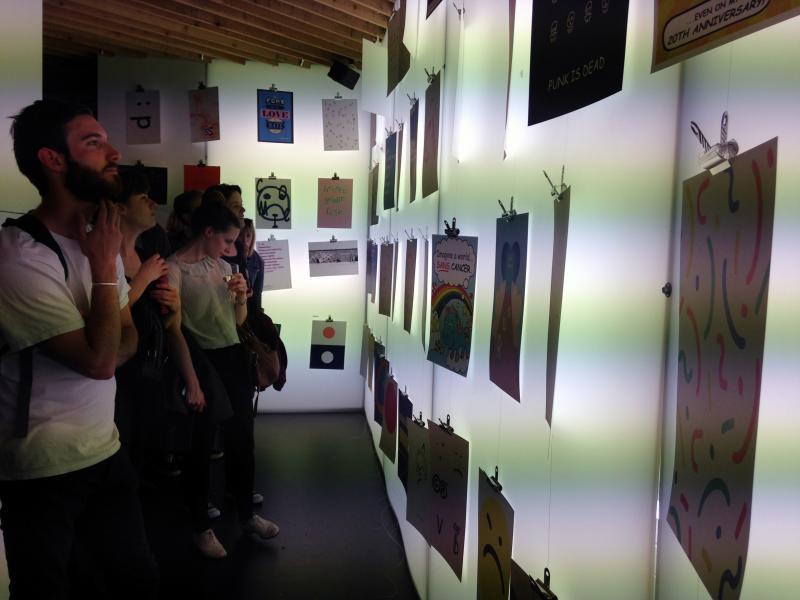 Soof & I discovered that you could write a Birthday card to Comic Sans, so we chose a lovely leopard print number and I let Soof decide on the message: ‘Happy Birthday. Tasha hates you. I’m indifferent. All the best, Soof + Tasha’
Don’t ask me how she is a Graphic Designer and indifferent about Comic Sans – I tried to talk sense into her but she is just too nice to hate anyone it would seem 🙂 And then a lovely lady hung it up for us – Happy Birthday Comic Sans! Some really clever and witty posters were produced – who knew Comic Sans could look that good? The exhibition is only on until the end of this weekend (Sunday 24th August) but it is open quite late (10.30pm) so get yourself down there soon to see all of the posters in their awfulness/glory. And most importantly, don’t forget to donate! Remember that unfortunately anyone can be affected by Cancer – someone very close to me has been diagnosed recently so the event meant a lot more to me, not just about the fun of Comic Sans.

Let me know what you think – Have you already been? Or are you going to visit? Did anyone manage to actually get any good photos of the posters without those lines on? ha

P.s. Yuliya snapchatted this to me whilst I was at the event – Comic Sans, you have one friend! P.P.S. if you enjoyed this post/any of my blog then please consider voting for me in category 13 (Best Careers Blog) in the Cosmo Blog Awards – read more about it here!