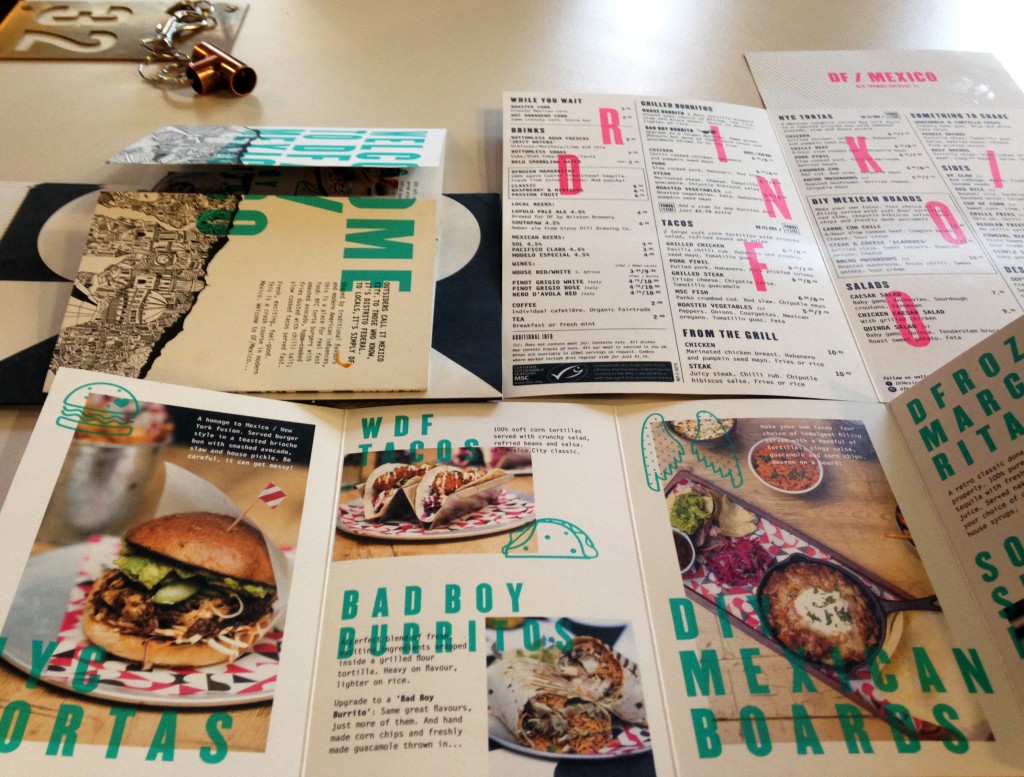 I’m quite ashamed to admit that until I went to University in 2010 I had never eaten a Mexican dish. I know, what a sheltered life I lived, but now Mexican is part of my weekly diet: burritos, fajitas, enchiladas, quesadillas, nachos, spicy rice – I love them all! So when I visited Kinetica Art Fair and Moniker Art Fair at the Old Truman Brewery last month I was excited to find DF Mexico, a pop-up (I think?) by the guys from Wahaca. Not sure what DF stands for though -What Da F…. ha I had already seen people raving about the branding around the blogosphere, but now it was time to see it for myself! 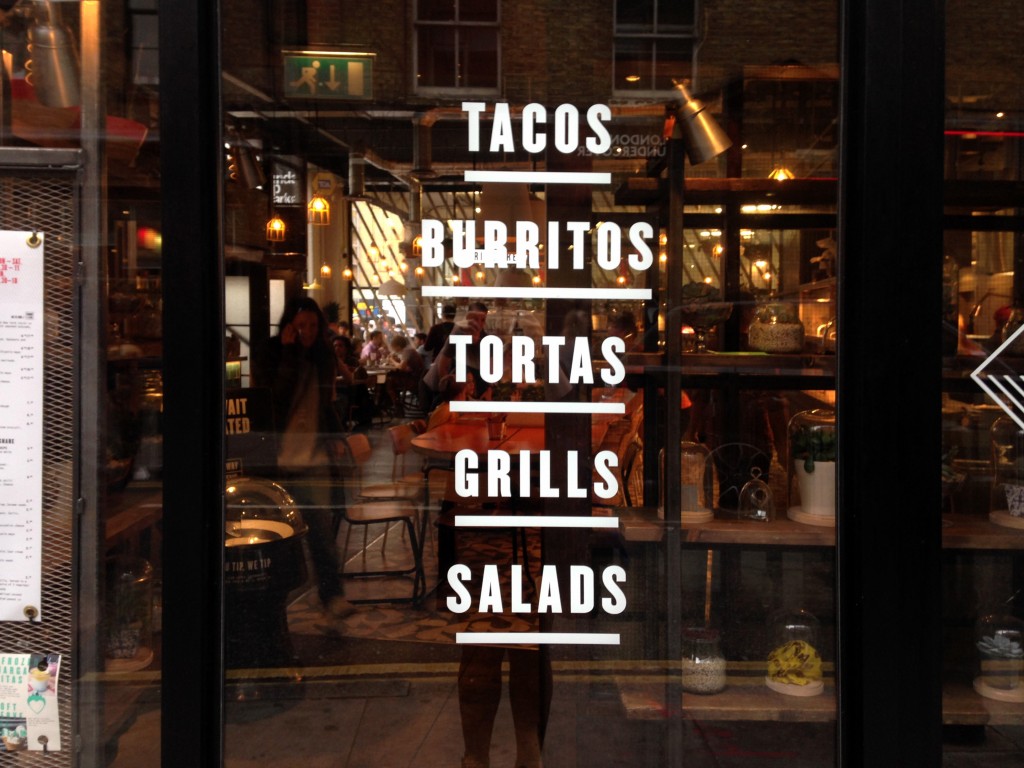 So as soon as we walked in, the place was buzzing. Neutral and industrial, it looked very shoreditch(well, it’s just off Brick Lane afterall). We had a bit of a wait before we were seated, which gave us plenty of time to get to grips with the menu… 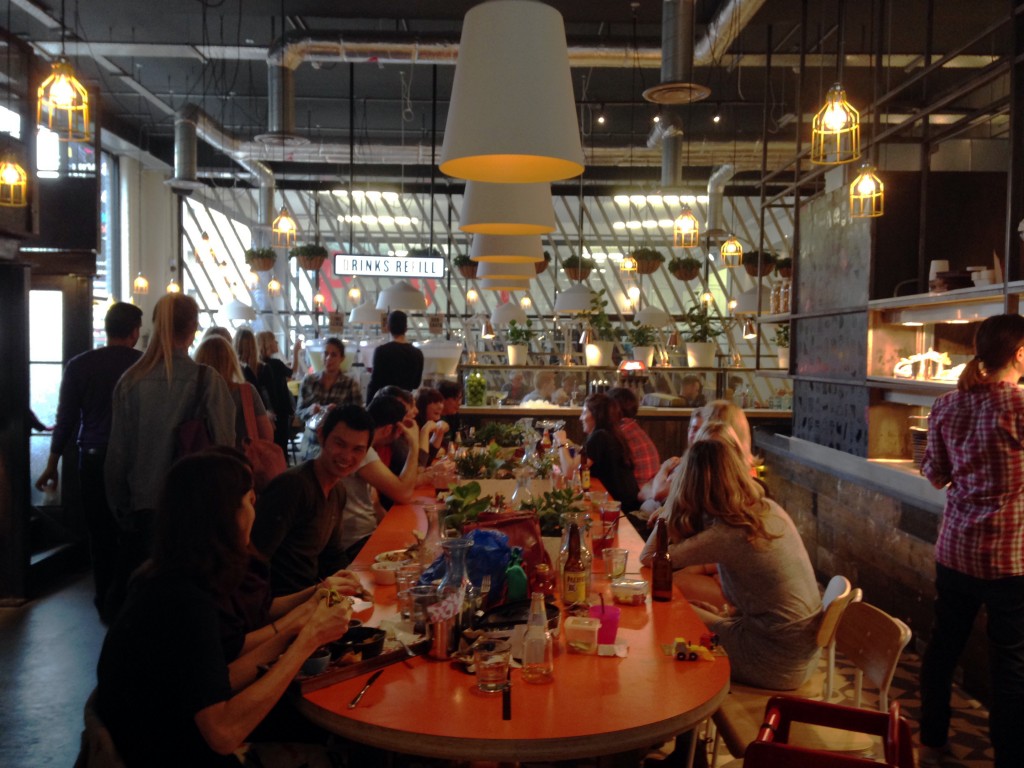 Ah, the menu – niiiice. The layout was essentially quite a simple grid but there were also some overprinted type and illustration which really brought some fun and character with the bright pink and aqua: 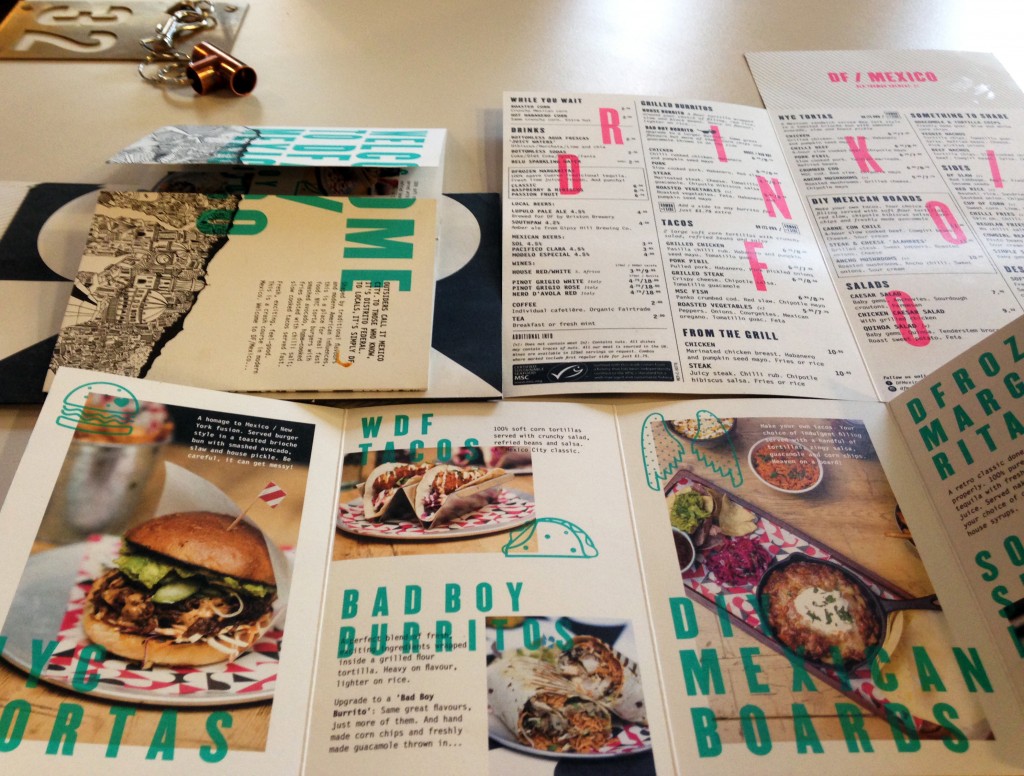 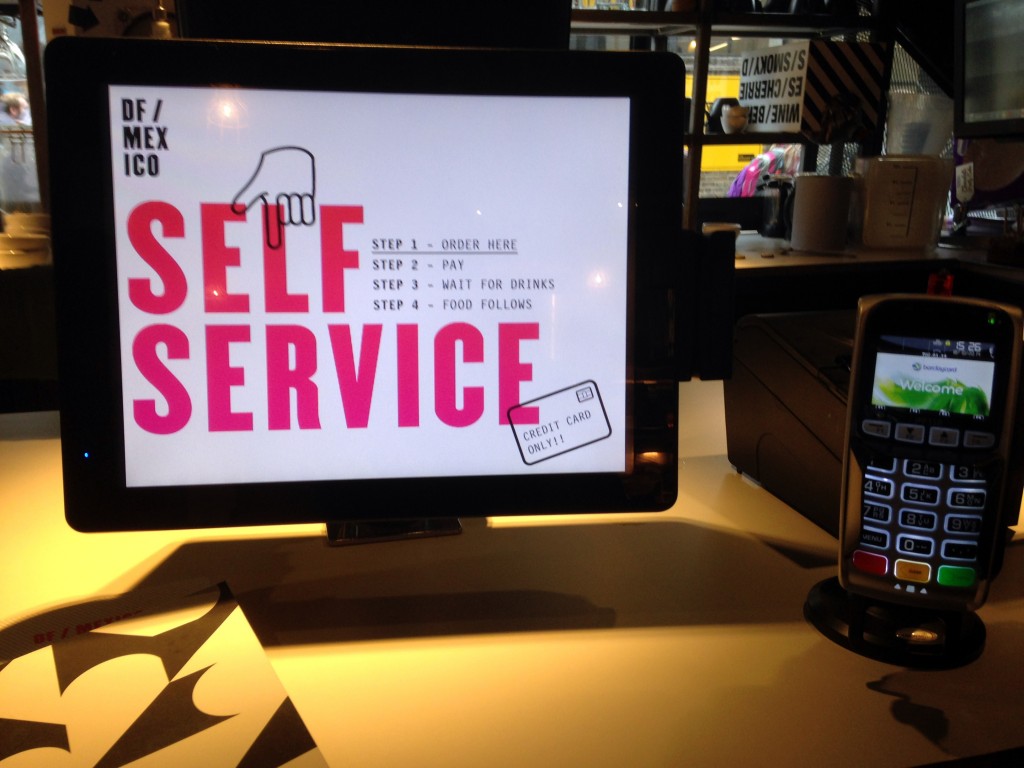 So when I went to order I could either speak to a waitress or a computer – usually I prefer a person but for the novelty I chose to test out self service. It was really easy to navigate actually and like everything else, looked well designed. 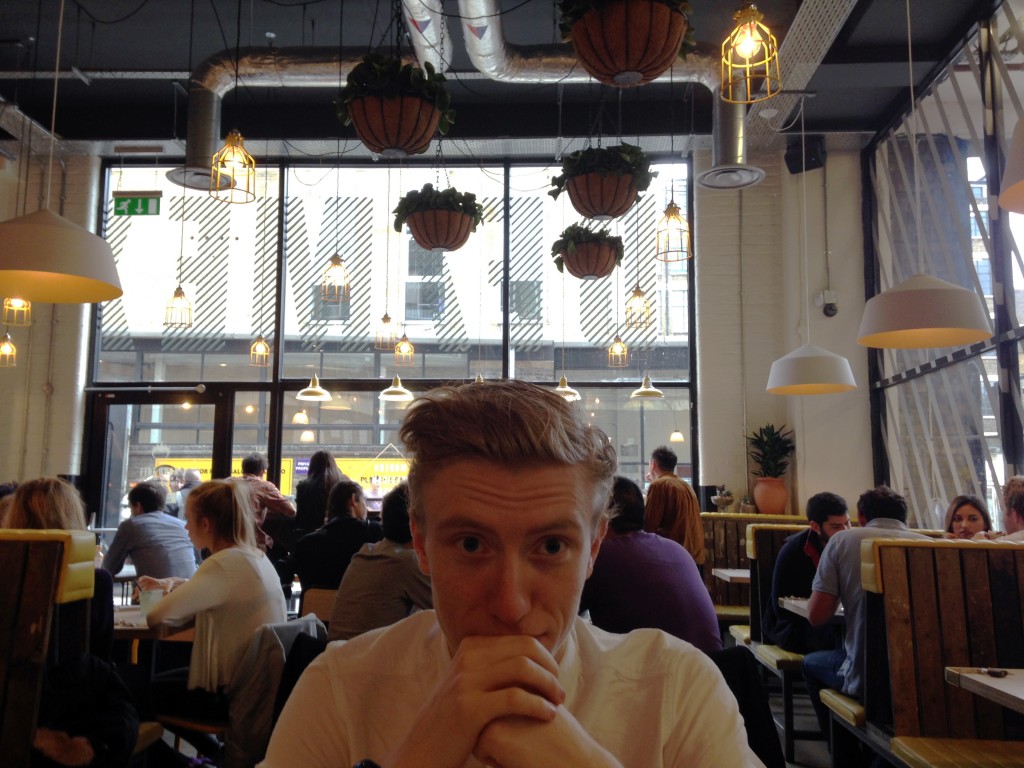 There’s Jack waiting for his Bad Boy Burrito (the name of the massive burrito – not his new nickname ha) and we didn’t have to wait long at all. The order turned up correct (well done self service) and looked amazing! The burritos were really flavoursome too – sometimes I find that the spice in burritos is lost when all of the rice and salad is added but this packed a punch! You can even check out the Menu online here. 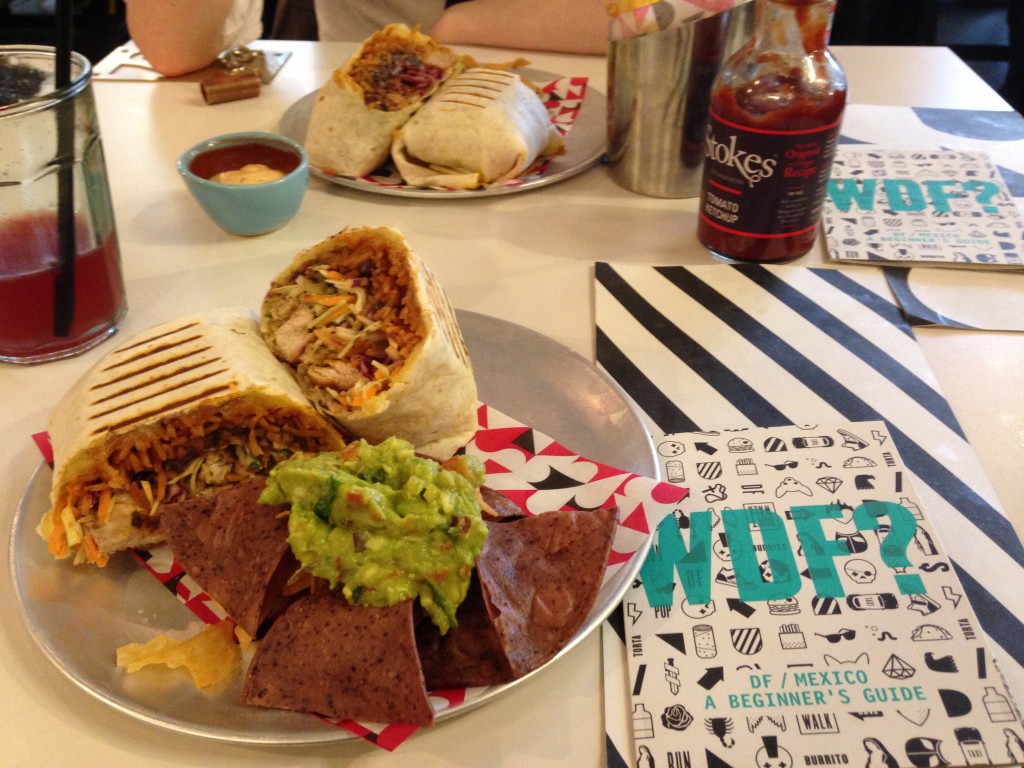 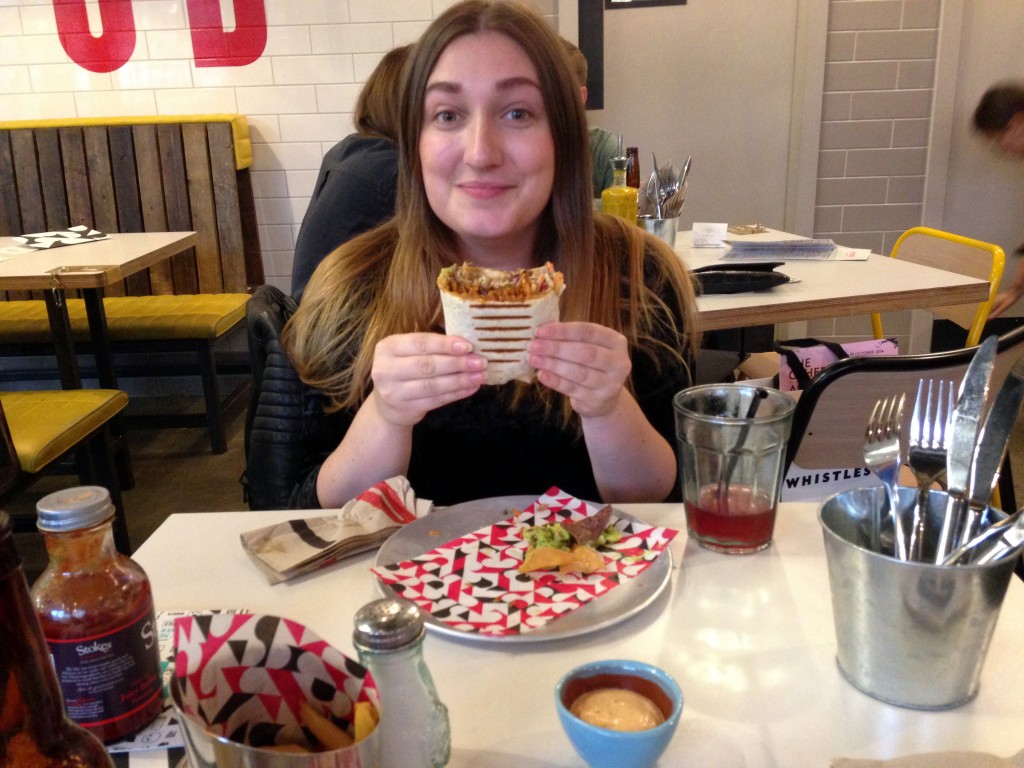 Just look at that burrito – almost as wide as my head!? Wow! So the food was very tasty and I liked the branding. Everthing just looked so nice and designed, with great attention to detail: from the little table number system, to the toilet signage.. 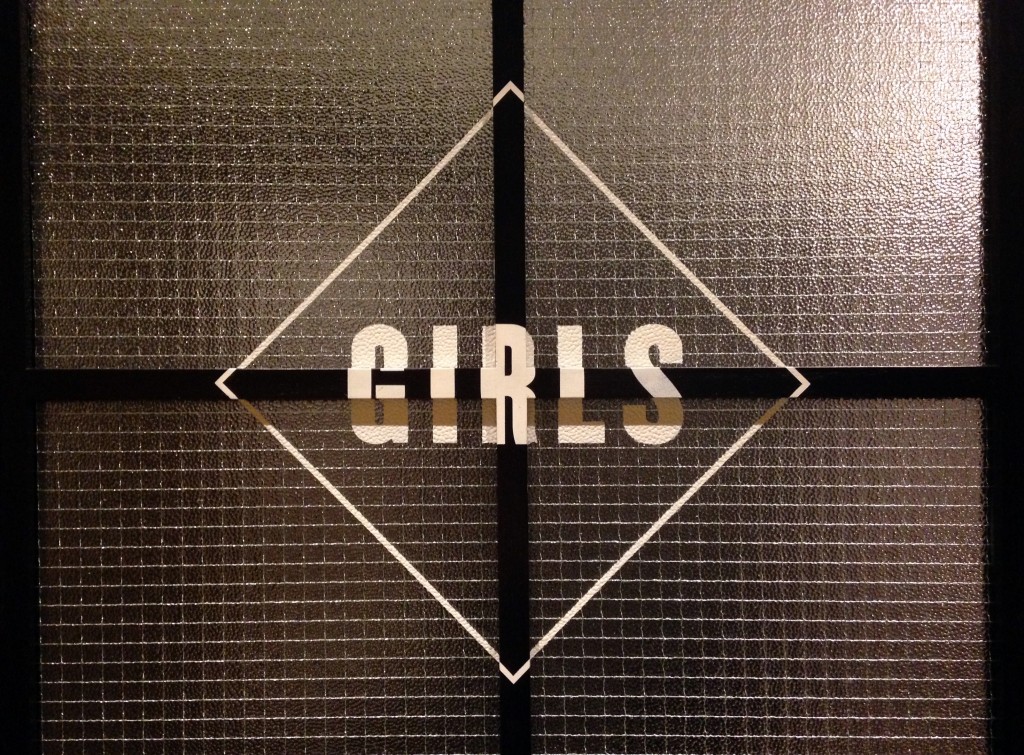 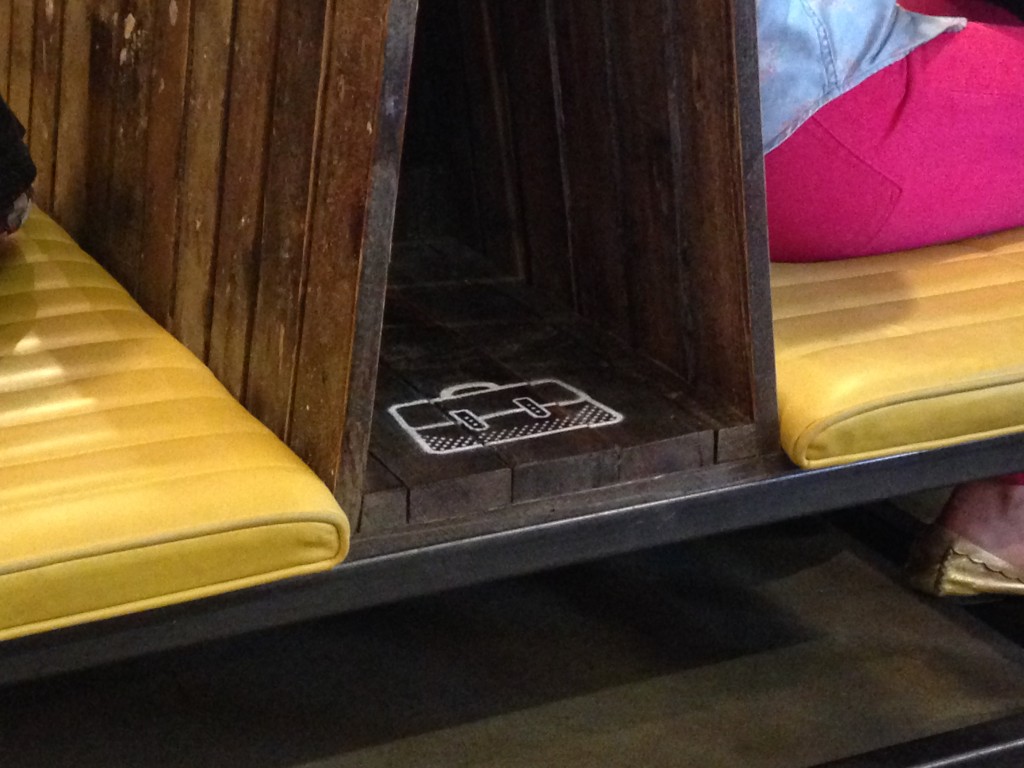 … and the little icons for showing where to store your coats and bags (a space incorporated into the booth seating). And you all know that I like a good pattern (especially if it’s got triangles in it and matches the greaseproof paper on the plates!): 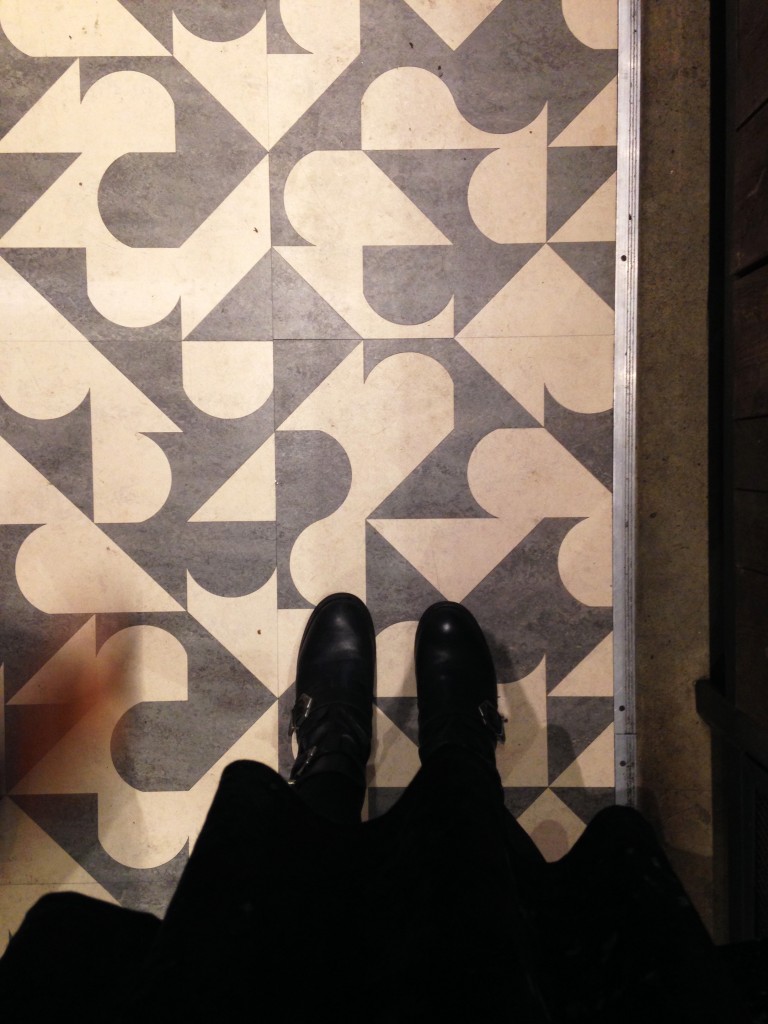 I don’t think I’ve got a bad word to say about it really so I guess it doesn’t come as much of a surprise to hear me say I love it in there!

I think it was only meant to be a pop up, but I’m hoping that it will become a more permanent feature on the streets of London anyway. The food was amazing (we were SO FULL) and reasonably priced, the design was cool and considered and the service was speedy. All in all it was asombroso (amazing in Spanish) so if you find yourself hungry in East London, get to DF Mexico because you won’t be disappointed!

Feeling hungry now? Let me know if you head for a taste of Mexico and what you think!