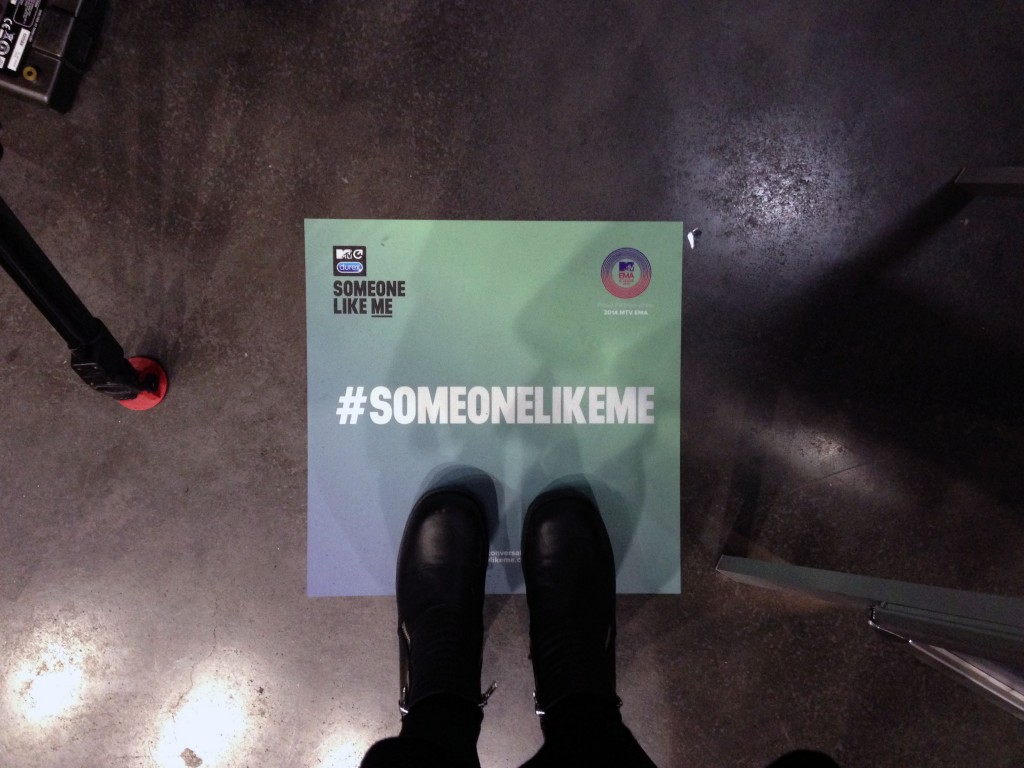 I seem to have the travelling bug at the moment – I only went to Amsterdam the other week. Well, Scotland has been on my list for a little while now – scenic views, tartan and of course, that lovely accent, so when the opportunity to go to Glasgow for the weekend came about, I booked flights for Jack & I before you could say haggis! Glasgow welcomed us with a glorious blue sky and picturesque views: 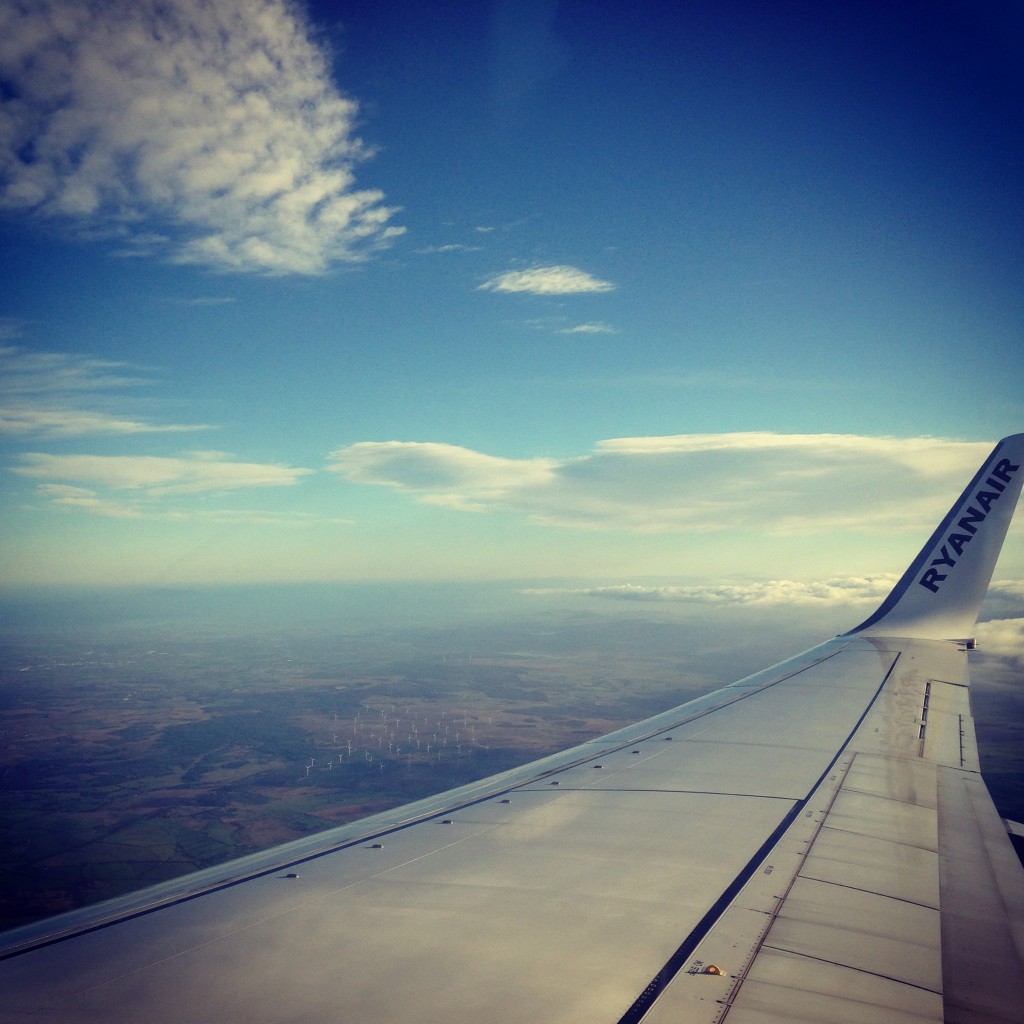 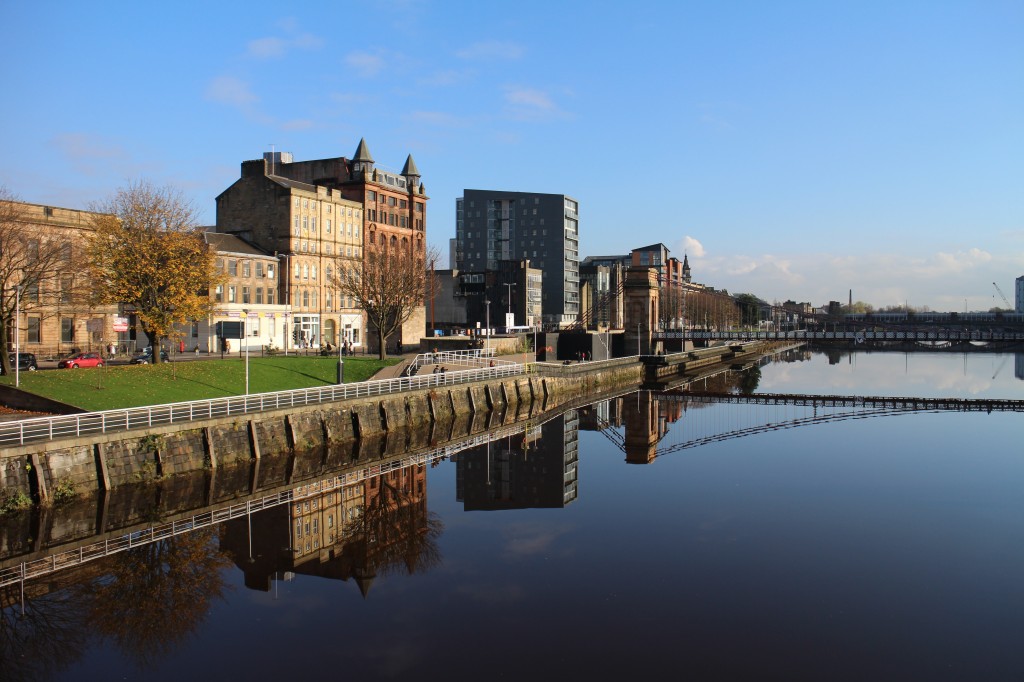 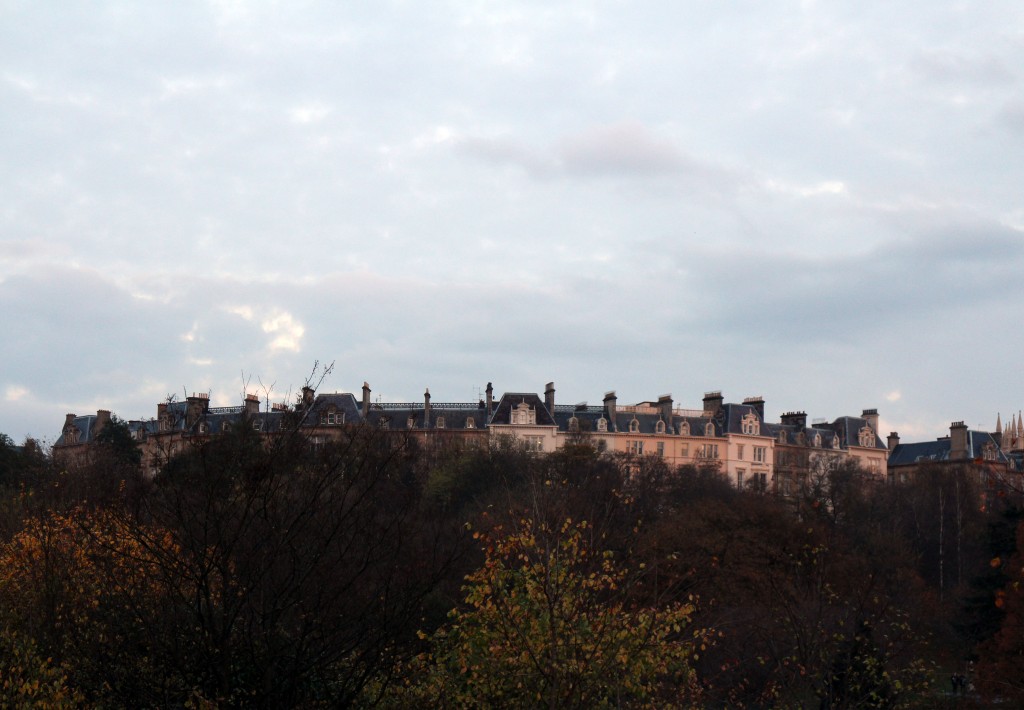 Autumn leaves, beautiful old buildings and steep hills – Jack & I both agreed that it reminded us of Lincoln, but on a much bigger scale! 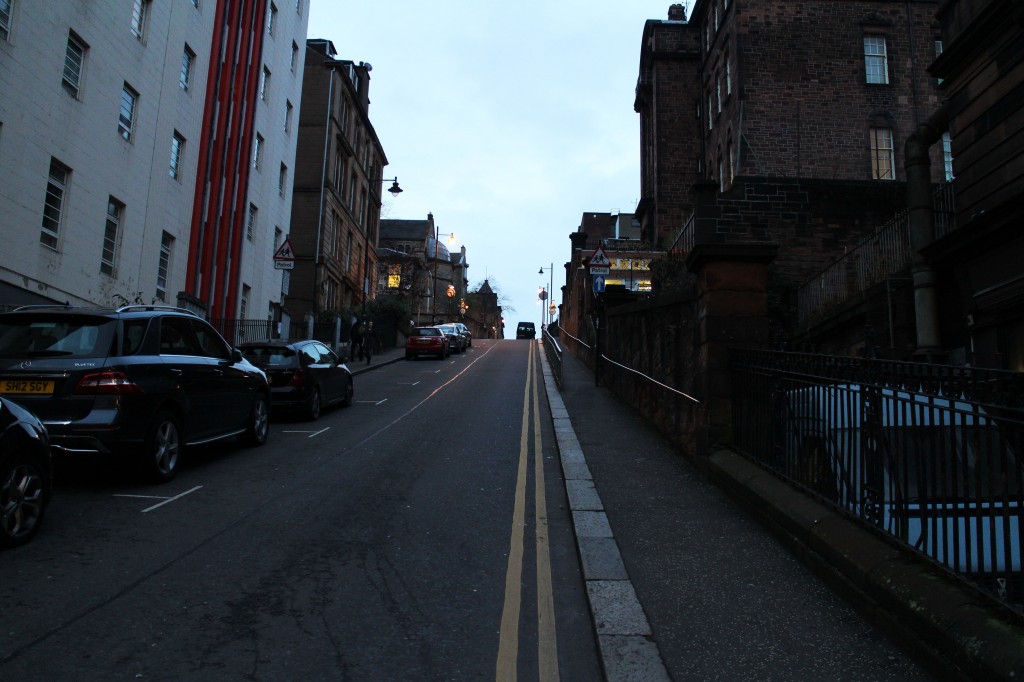 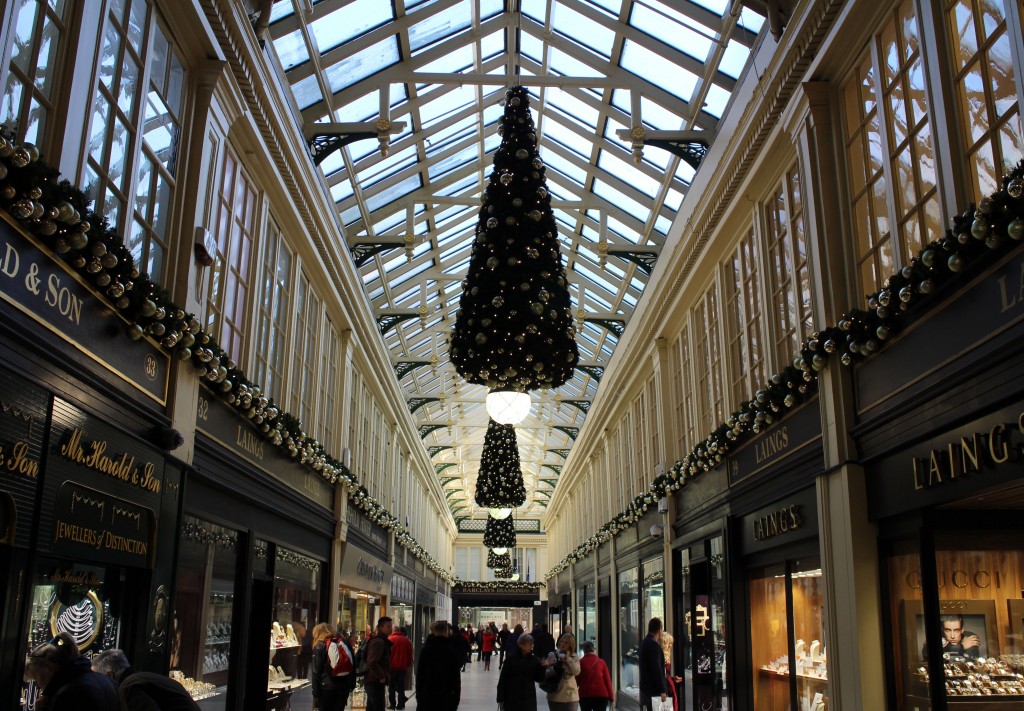 We stayed in a Holiday Inn with a twist – not your typical modern box room but lots of quirky features and details from the mirrored wardrobe to the curtains – it was a nice change. 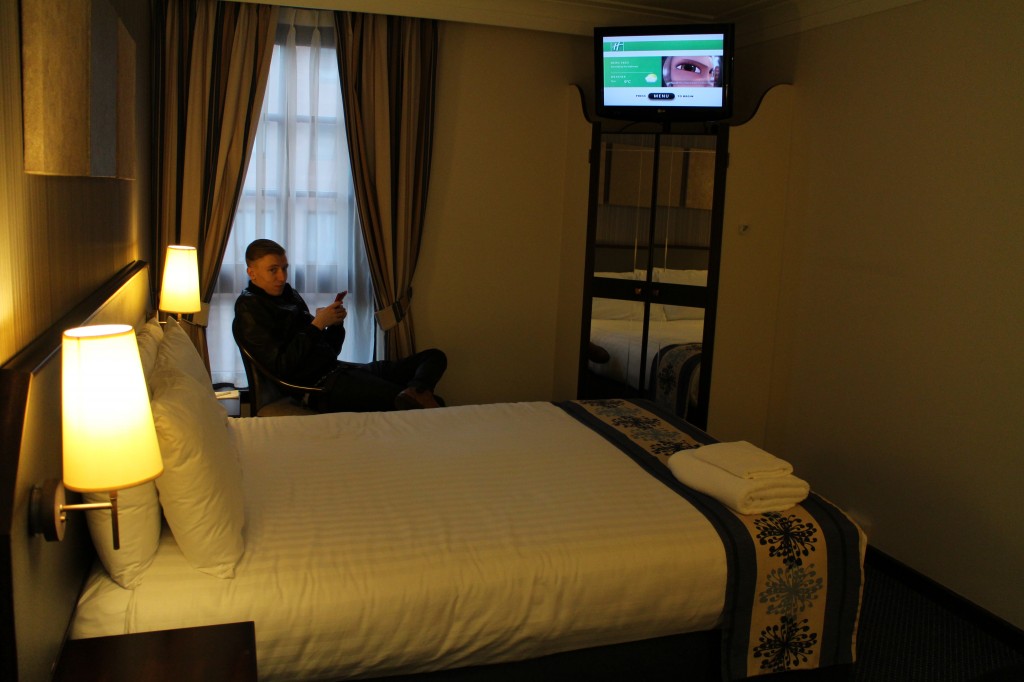 But WHY was I in Glasgow? 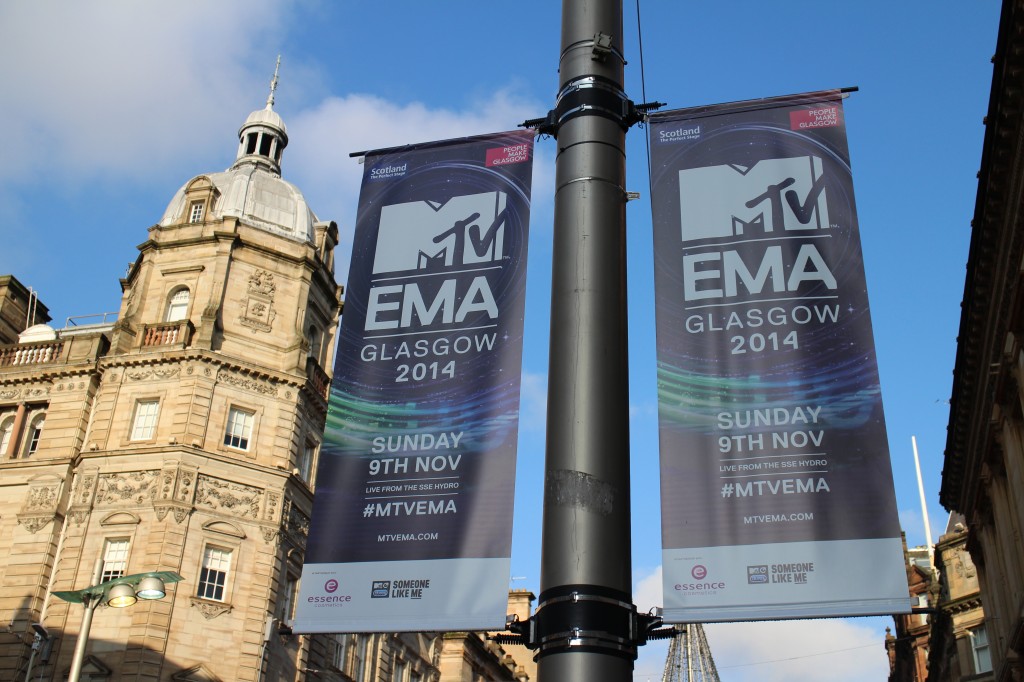 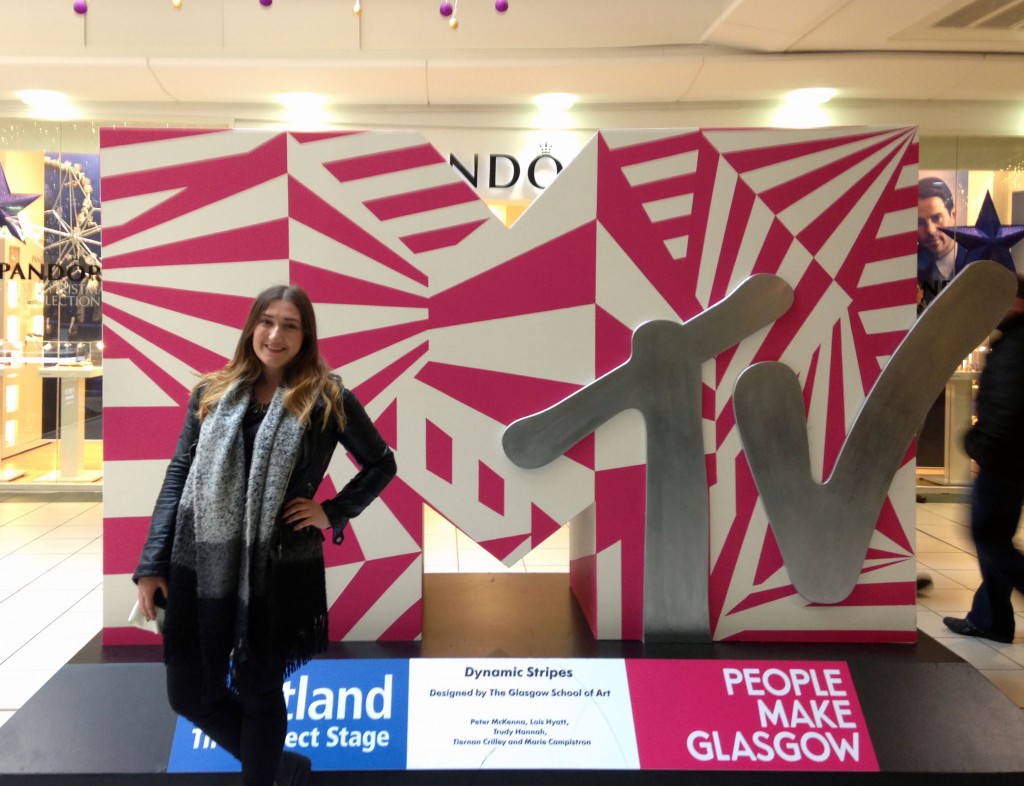 I was invited to the MTV EMAs. I still can’t really believe it myself. Someone Like Me, an MTV and Durex collaboration, got in touch and asked if I wanted to attend the awards and how could I say no?

We met with the gorgeous Katie of Scarphelia and lovely Harry just before the awards to drool over the view from the apartment they were staying in – wow: 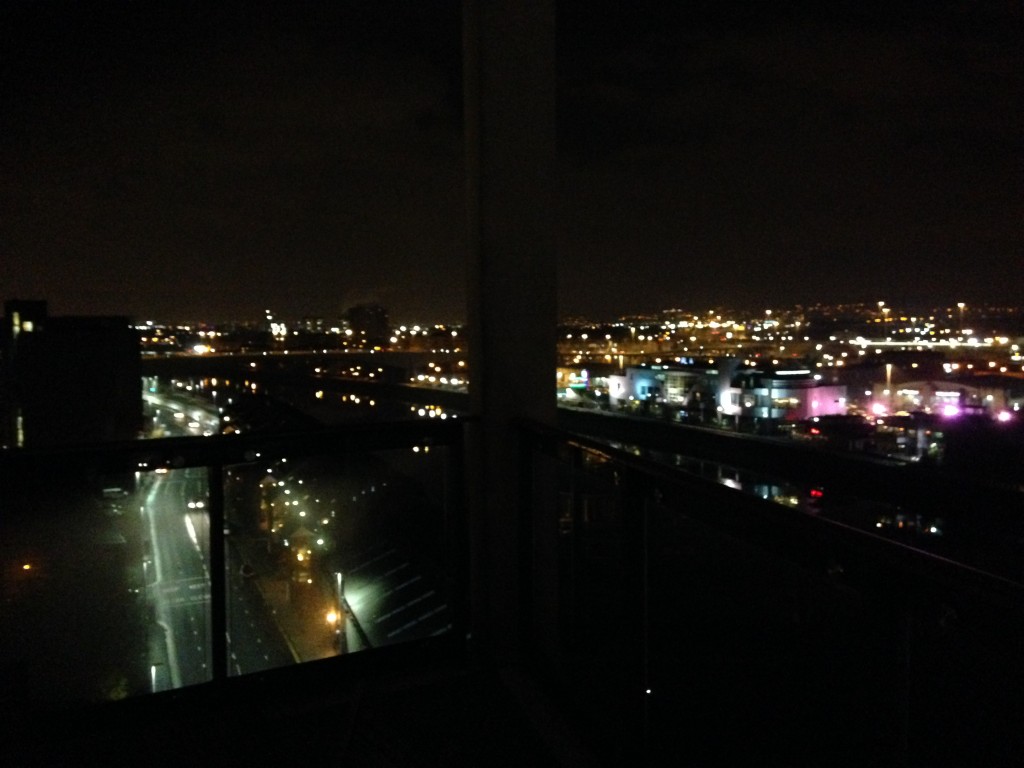 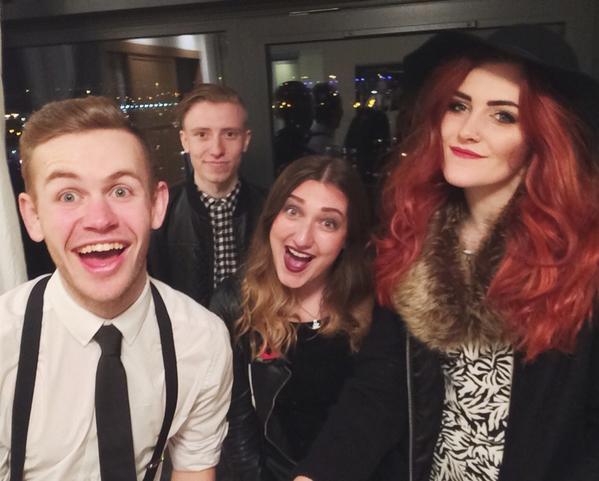 After a few obligatory selfies (with a selfie stick no less) we had a pre-MTV Nandos and then headed to the SSE Hydro excited, but not really sure what to expect. Katie & I both said that we were expecting to turn up and that it would all have been a joke but with our tickets in our hands we headed inside the glowing stadium: 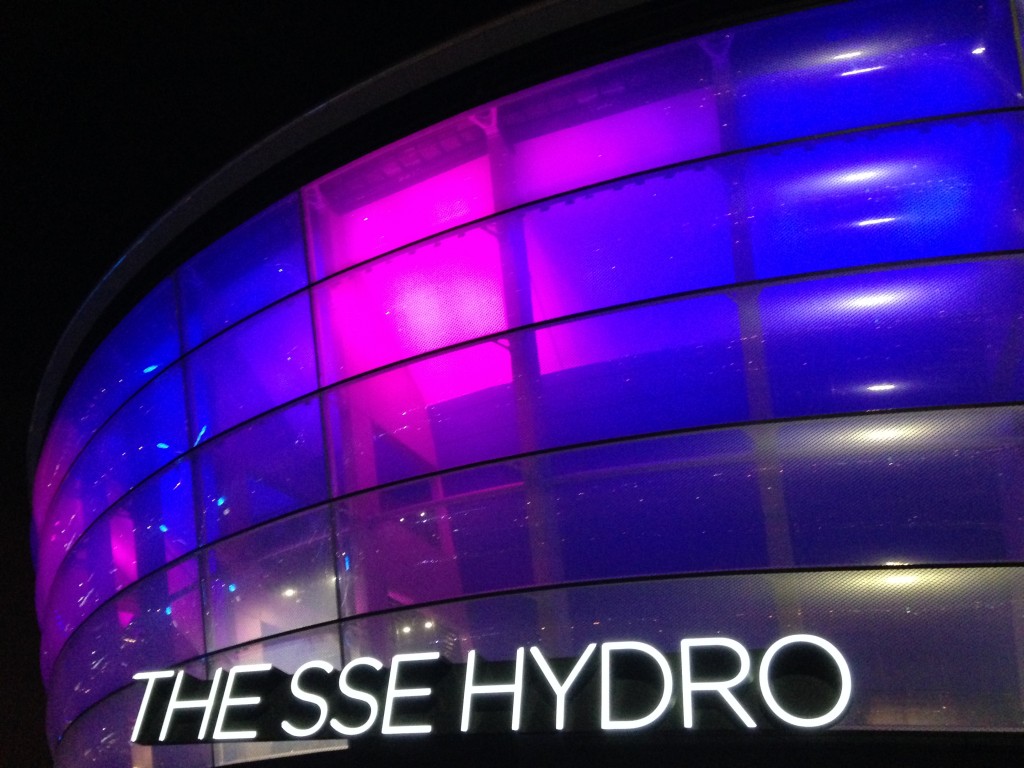 We spotted the Someone Like Me living room and headed over to chat. Someone Like Me are encouraging people to talk about sex and relationships more openly which you guys will all know is totally not my usual blog topic but looking at it from a different angle it’s also about communication and how people interact with campaigns, social media and graphic design, which is my thing. I think that sex is still quite a taboo subject in the world, despite it being ok for Kim Kardashian to be fully naked on the cover of a magazine – is that not a bit weird? 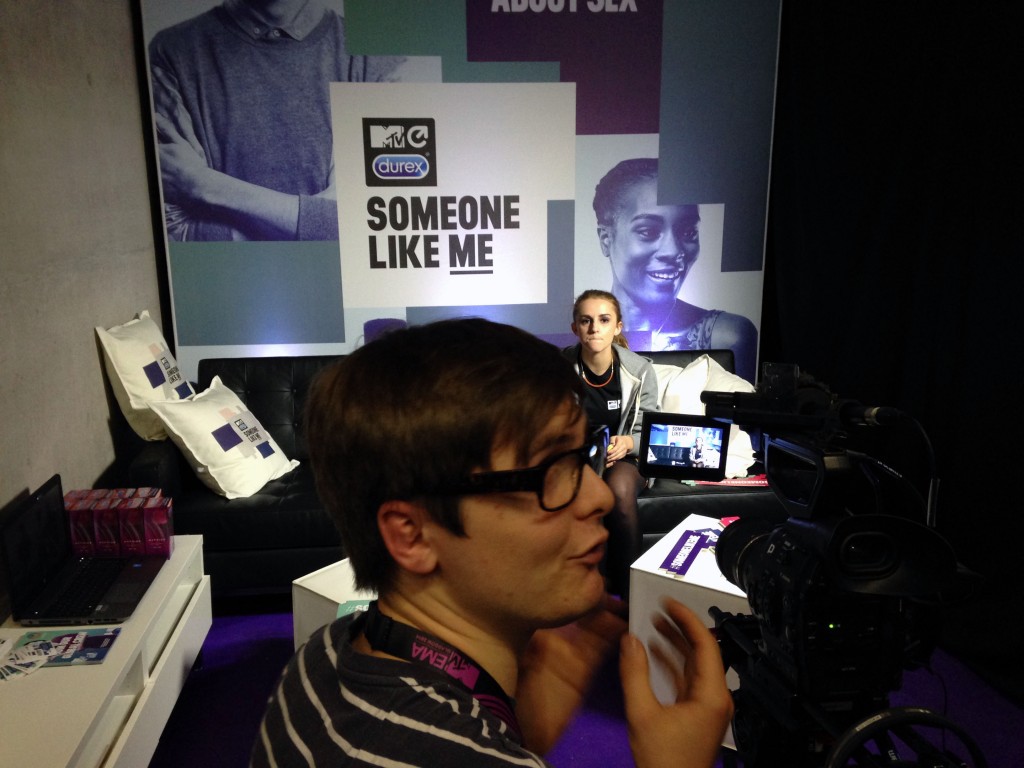 Katie, Harry and I took to the sofa with host and Youtuber Hannah to discuss sex education amongst a few other things. It was all filmed and if you’re interested you can watch what we had to say here!

So… the awards. Ariana Grande, Charlie XCX, Kiesza, Ed Sheeran, U2, Enrique Igelias, Slash and the host, Nikki Minaj all performed. It was AMAZING! We had really good seats where we could see the screens, stage and hosting ‘tunnel’ and had a great time dancing along – Harry was busting some moves during Anaconda: 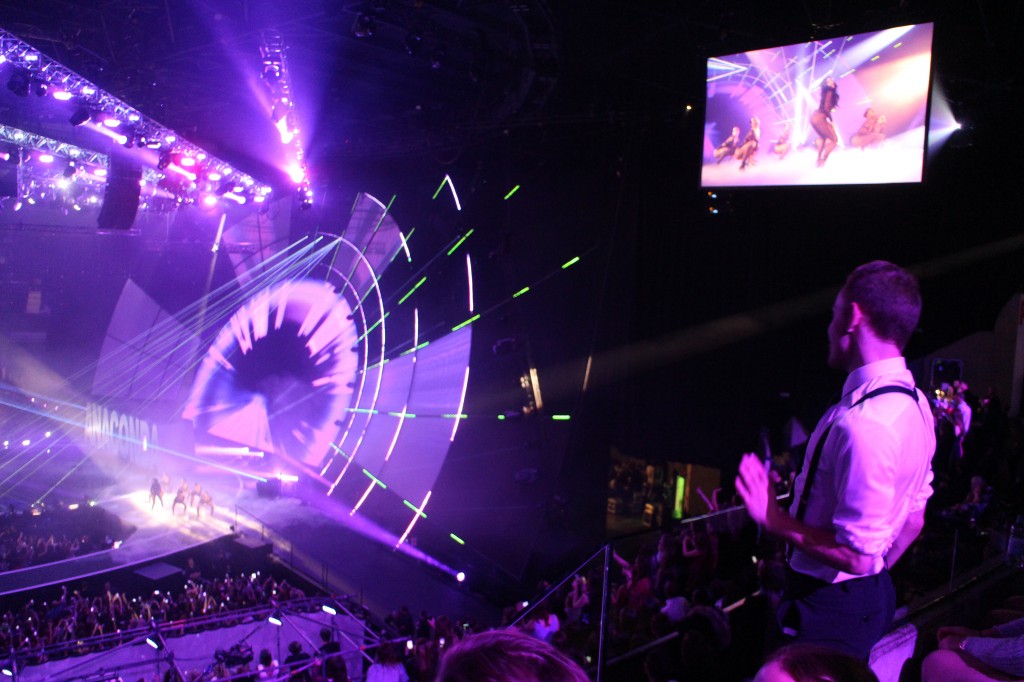 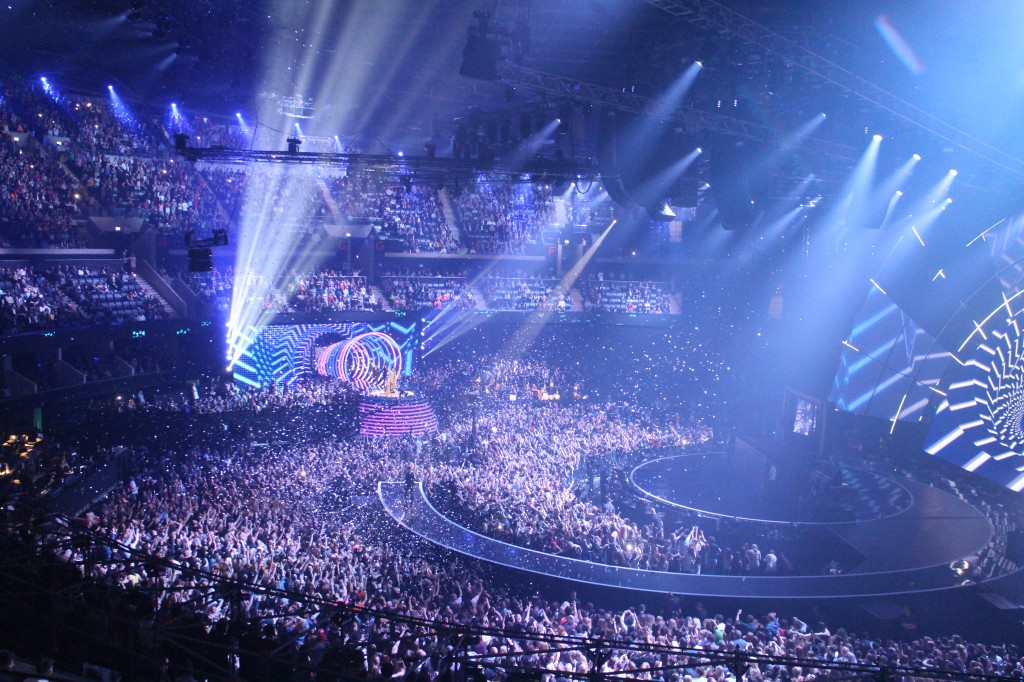 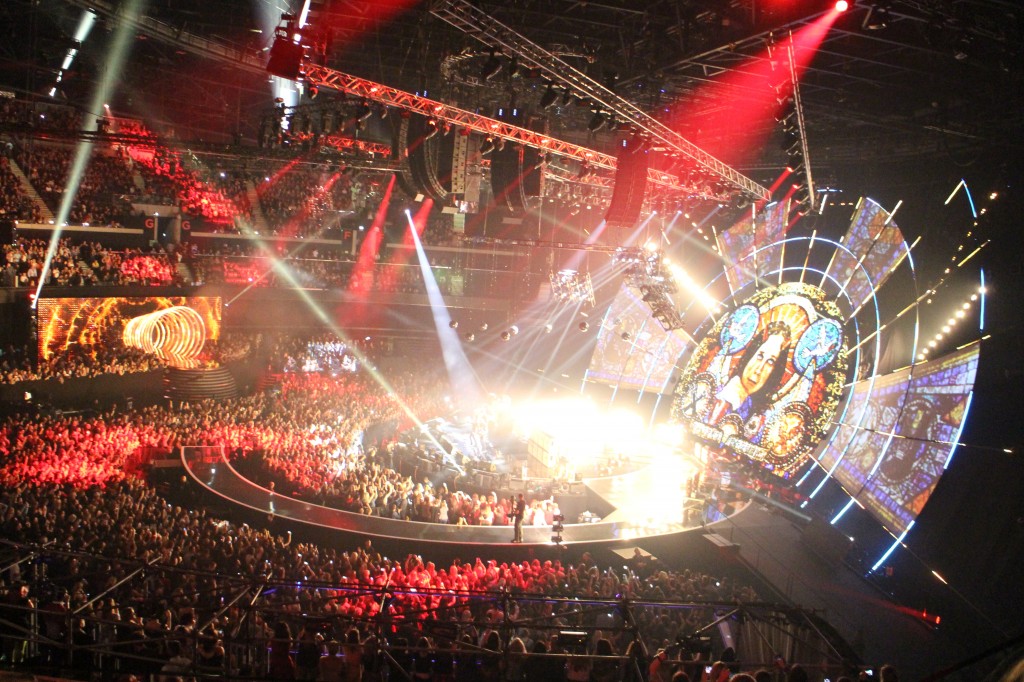 So much fun! Live music is the best and getting to see what happens behind the scenes when the adverts are on TV was really interesting.

With the awards taking place on Sunday night, we decided to stay until Monday evening so we could explore a bit more of Glasgow. They are trying to drum up a bit more tourism for Glasgow with a ‘People Make Glasgow’ campaign and hosting the MTV EMAs will have helped with the global profile of the city, but I wasn’t too convinced by Glasgow’s tourism factor. Other than shopping, I thought it was quite hard to discover interesting places/things to do because they weren’t sign posted or really advertised. I don’t know what I was expecting to find, but I am always stumbling across cool things in London and just didn’t find this happening in Glasgow… 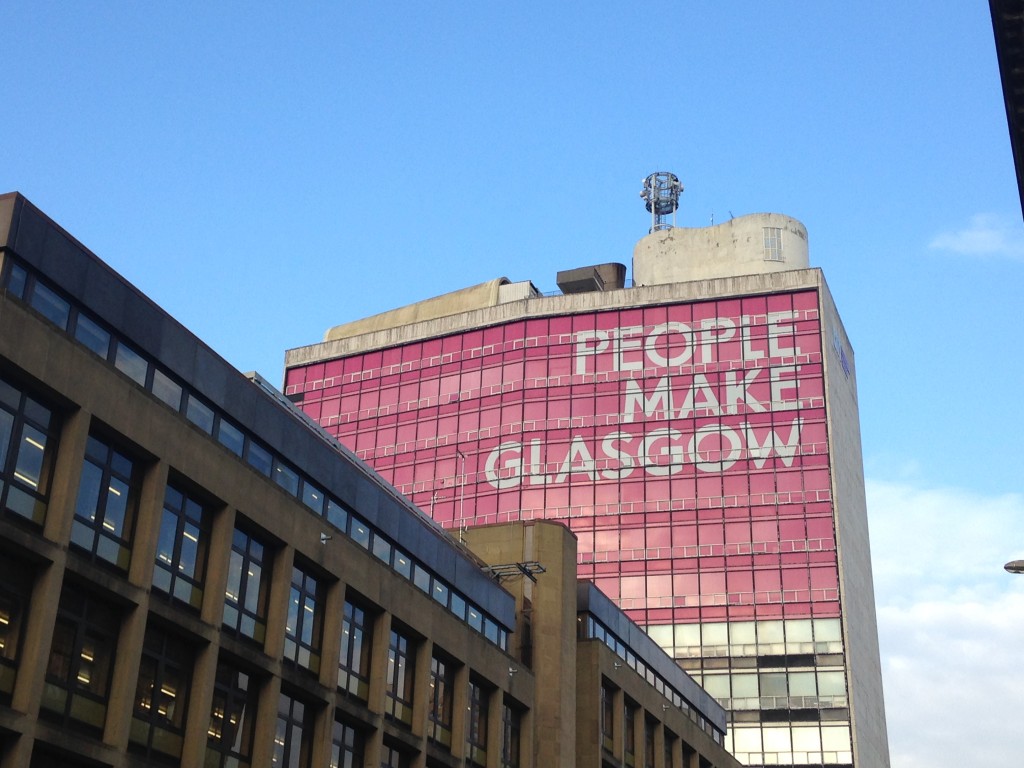 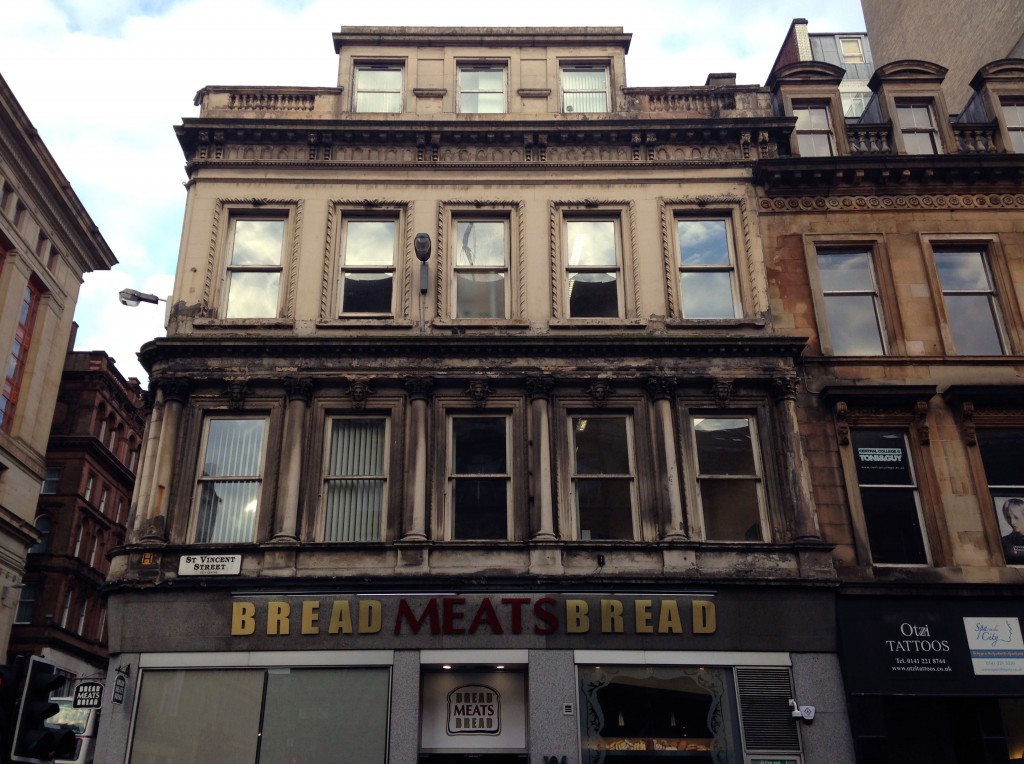 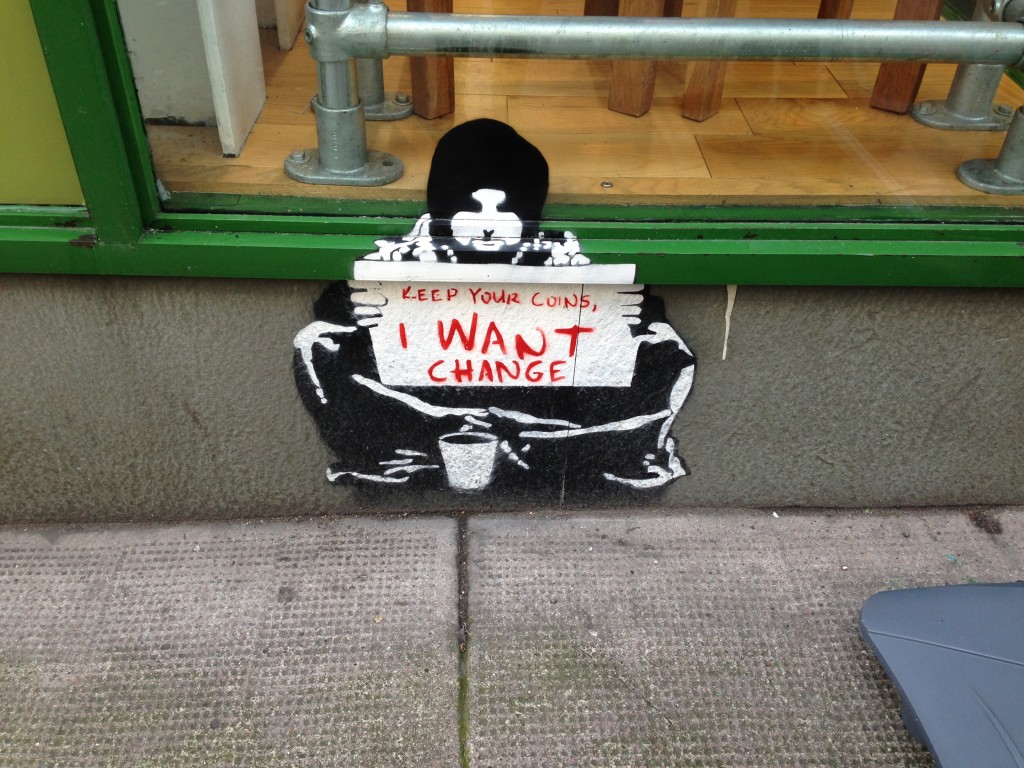 In Waterstones we found a familiar name on display… Barrie Tullett’s book: 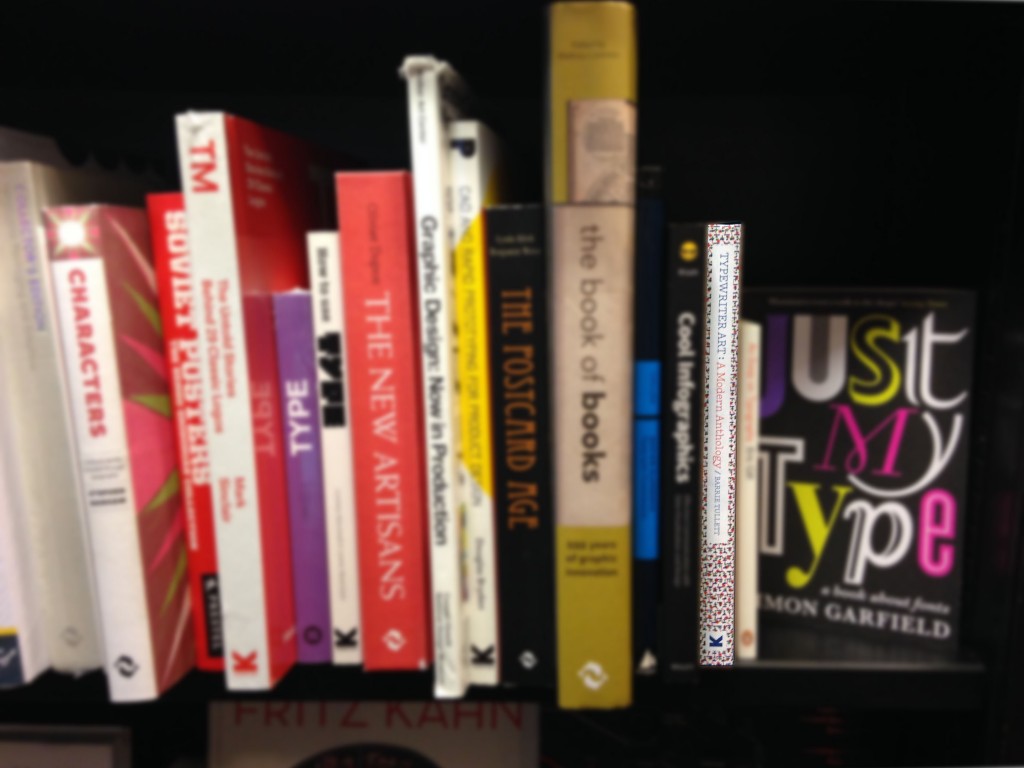 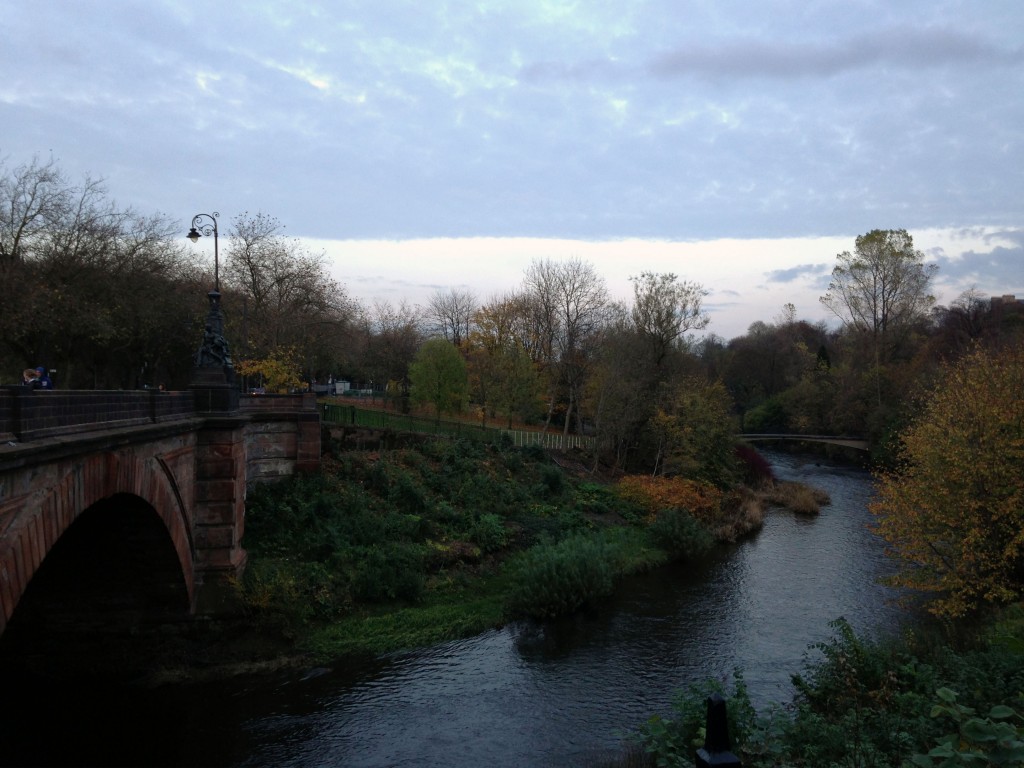 After a bit of a trek west of  the city centre we found the Kelvingrove Art Gallery and Museum which contained many interesting and random things: 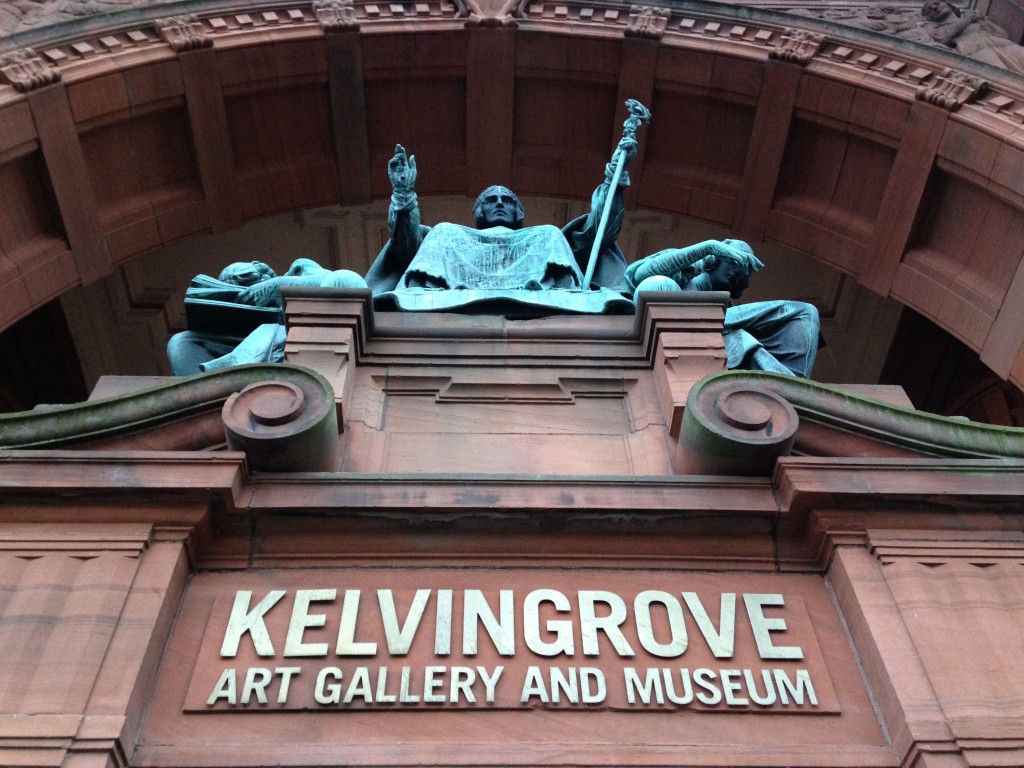 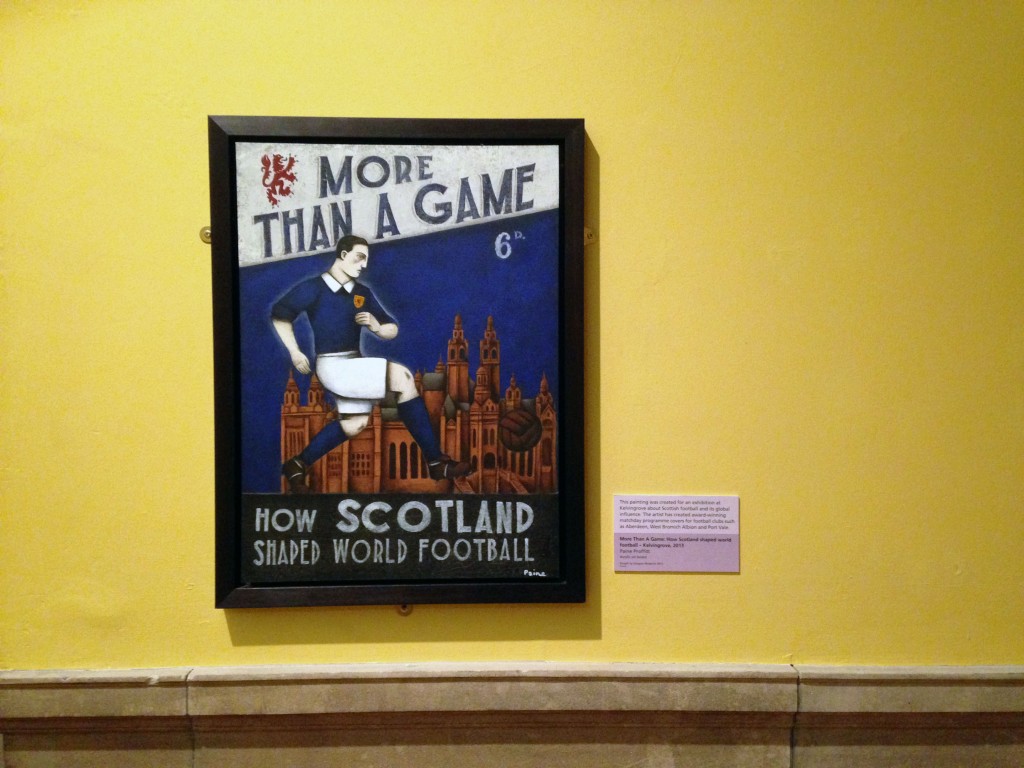 There wasn’t a lot of Graphic Design, although I found this poster about Scottish football by Paine Profitt and enjoyed the floating head installation as well as the beautiful flooring patterns. 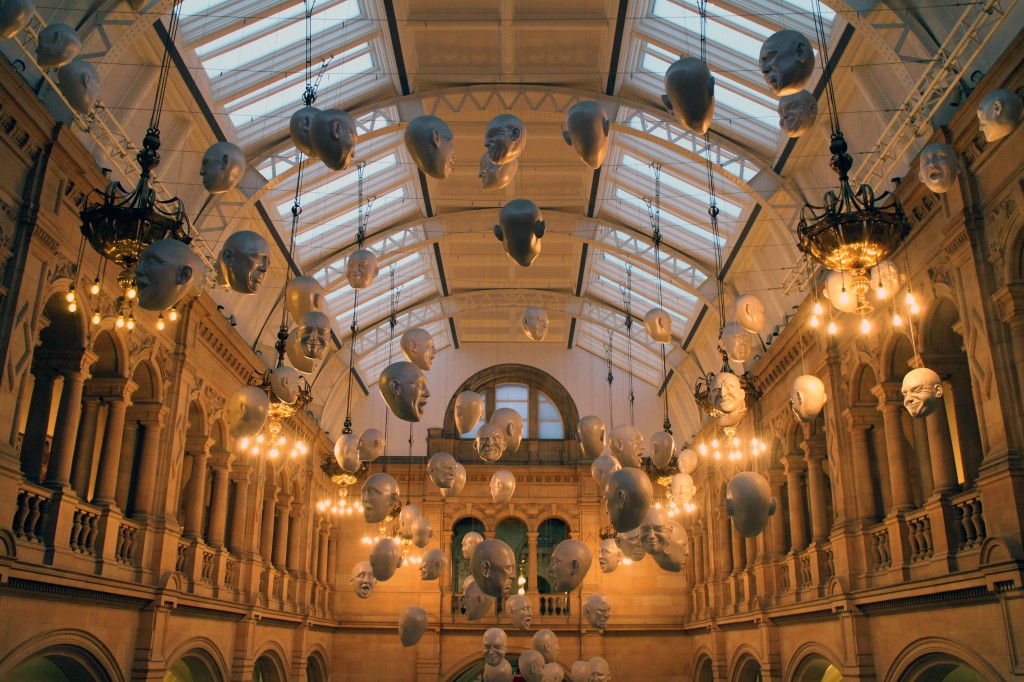 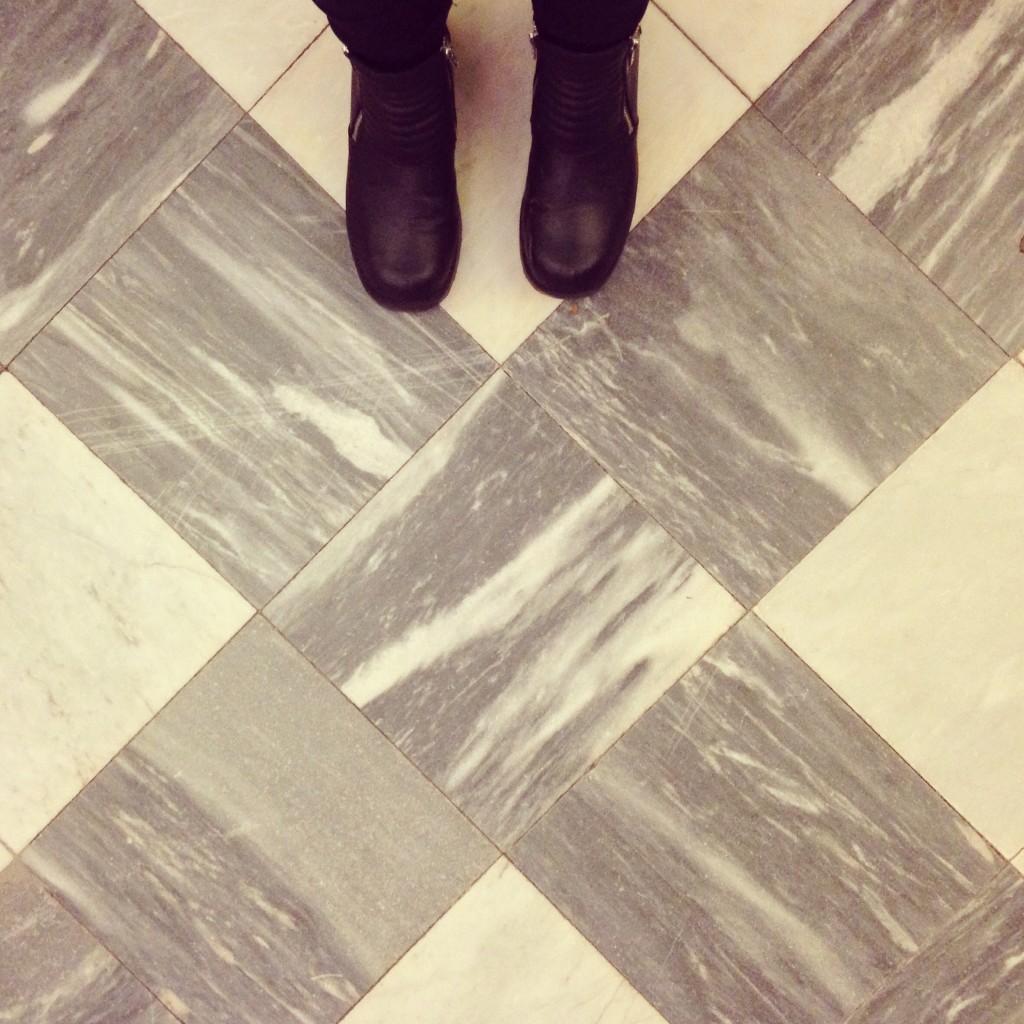 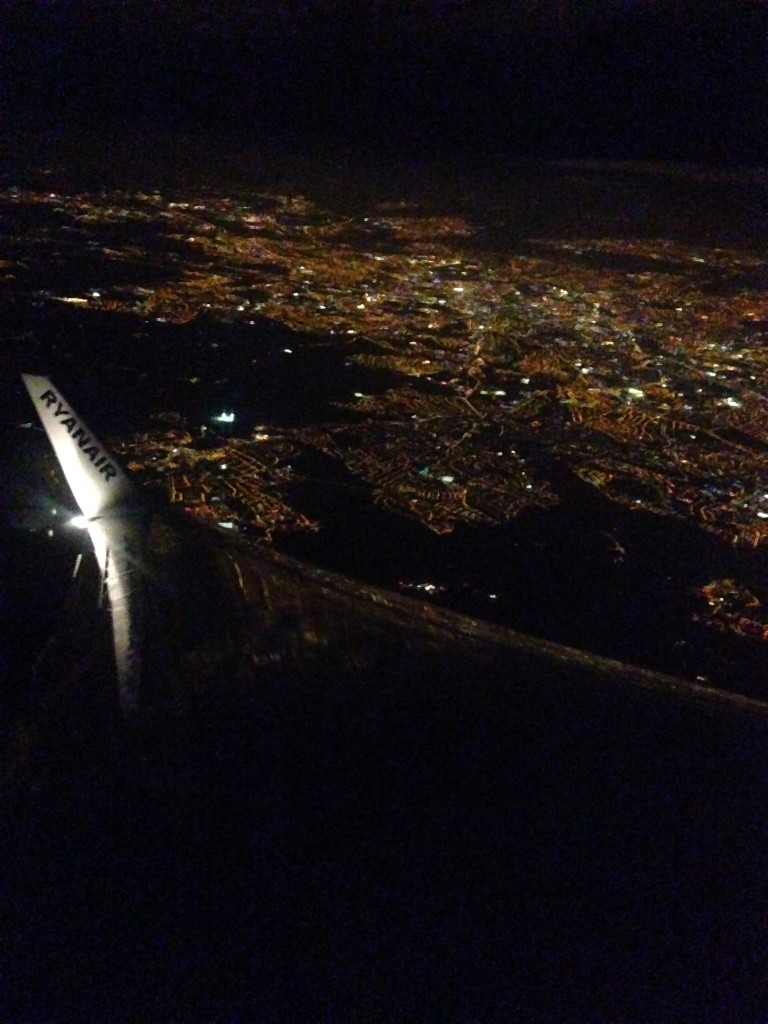 A short but sweet trip, it was then time to say goodbye to Glasgow and fly back to England. It was definitely an adventure and an experience that I will always remember – how many times am I going to get invited to the MTV awards? Probably never again! So thanks for the invite Someone Like Me.

Even though it’s a week on and I’m still knackered, it was nice to get away to a different but familiar country. I’m not writing Scotland off just yet – I still really want to go to Edinburgh and/or visit a quaint Scottish village/loch. Fingers crossed for The Fringe 2015…

Did you watch the MTV EMAs? Have you ever been to Glasgow? What did I miss? Share your tips 🙂

P.S. If you love my blog please vote for Graphique Fantastique as ‘Best Arts & Culture Blog’ in the UK Blog Awards 2015!