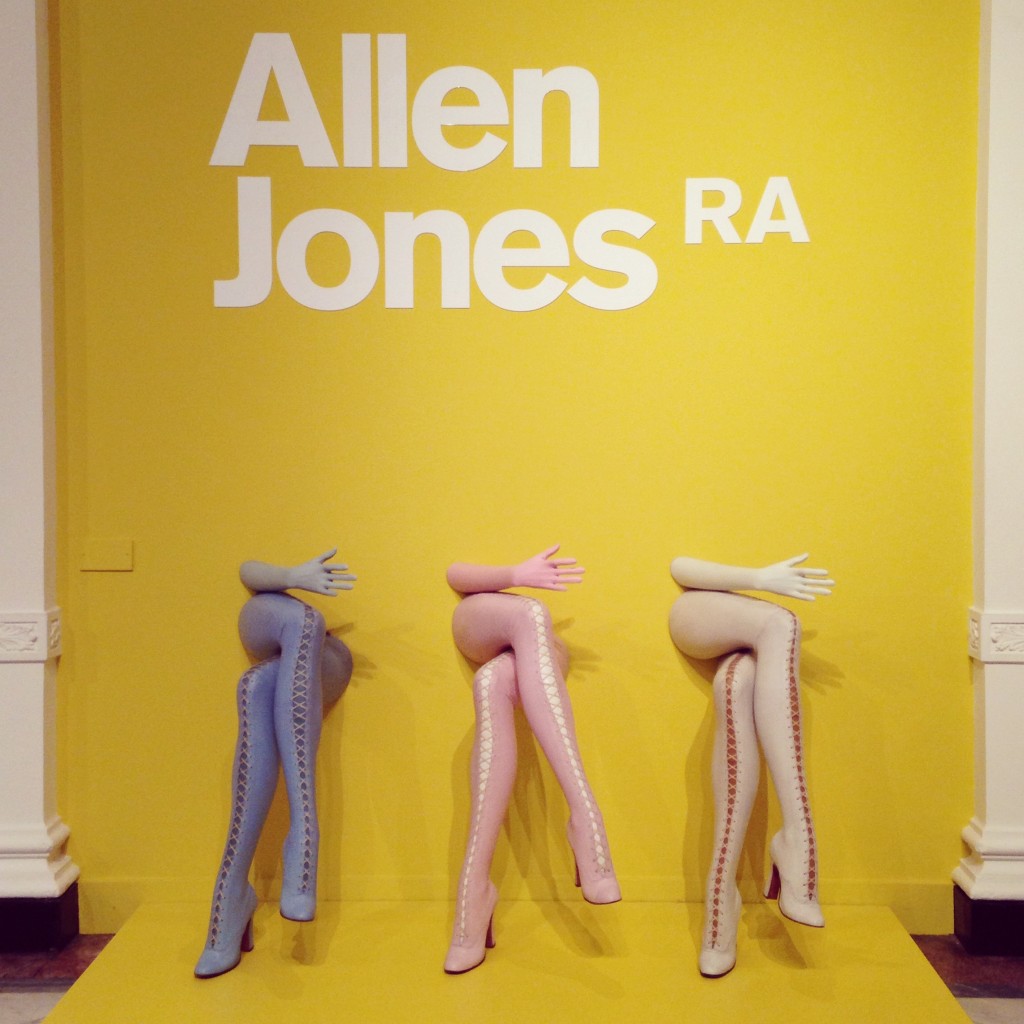 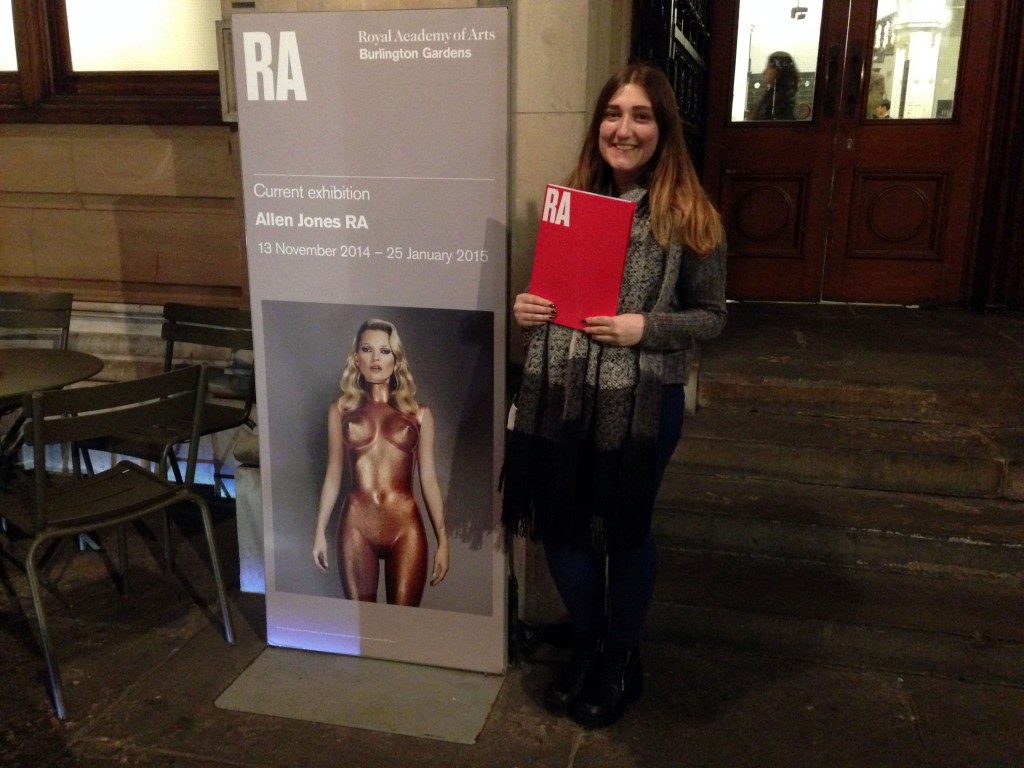 On Friday evening I headed to the Royal Academy of Arts with Nadia, Lucy and Ellie for the Bloggers evening. The Allen Jones RA exhibition opened last week and after seeing the bronze Kate Moss image everywhere I was interested to see the rest of Jones’ work.

After walking up the RA’s grand staircase, we were greeted by 6 legs. It’s bright, bold and a bit weird – all these things make it perfectly instagram-able so expect to see it pop up on your feeds!

There were drinks and a short introduction before we were guided through the exhibition of controversial works. The lady (sorry I forgot your name) gave us a brief history of Jones’ life, explaining about key pieces and their relevance. And then we were let loose to discover and interpret as we wished… 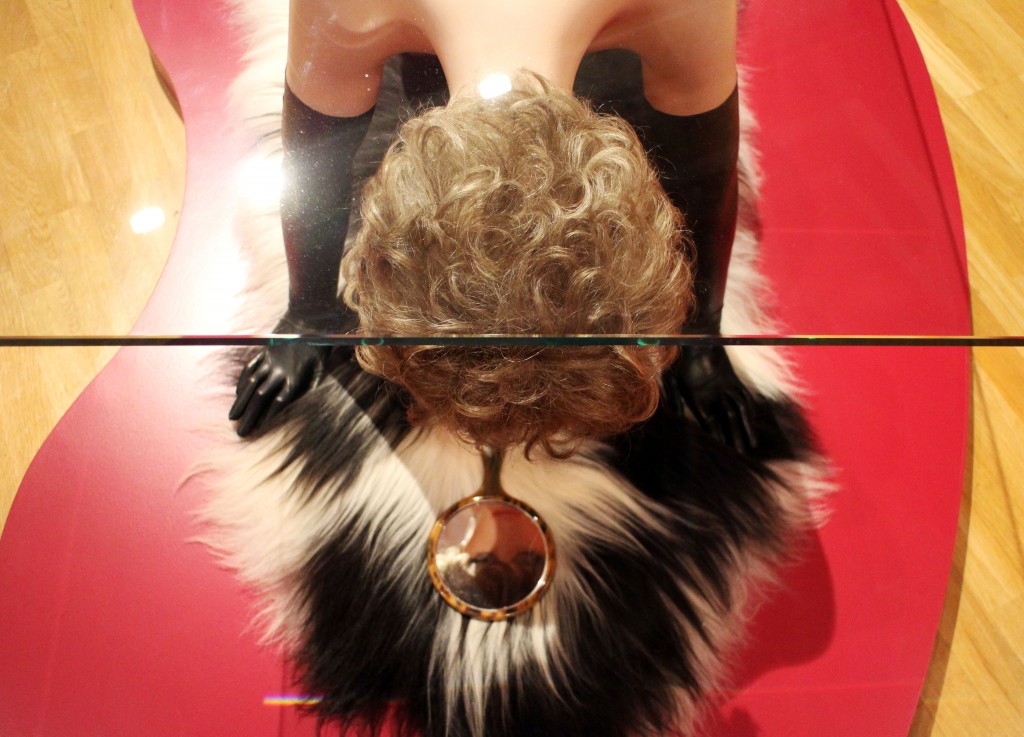 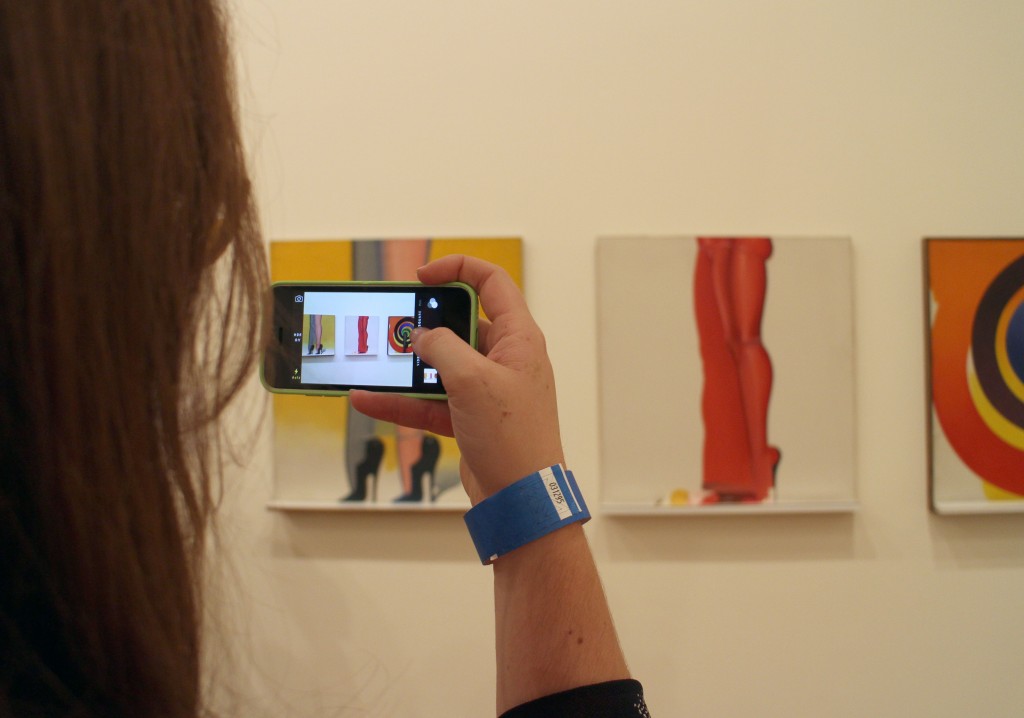 Entering the first room, it’s not hard to see why there is controversy surrounding Jones’ work. Furniture made from female mannequins in suggestive positions – it was a little odd being in a room with lots of people photographing it. 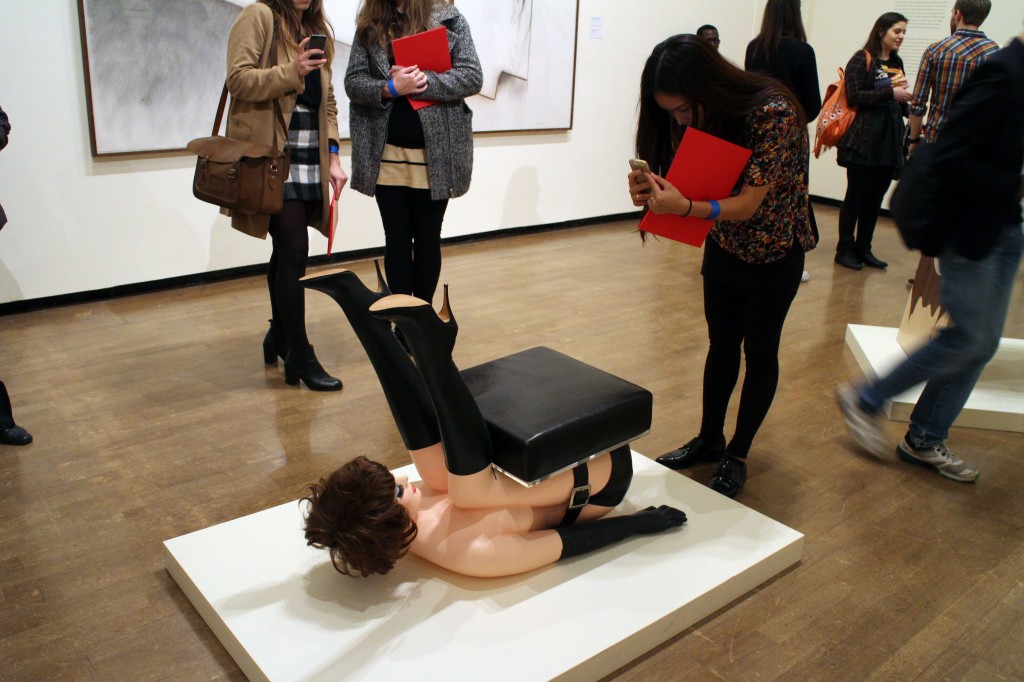 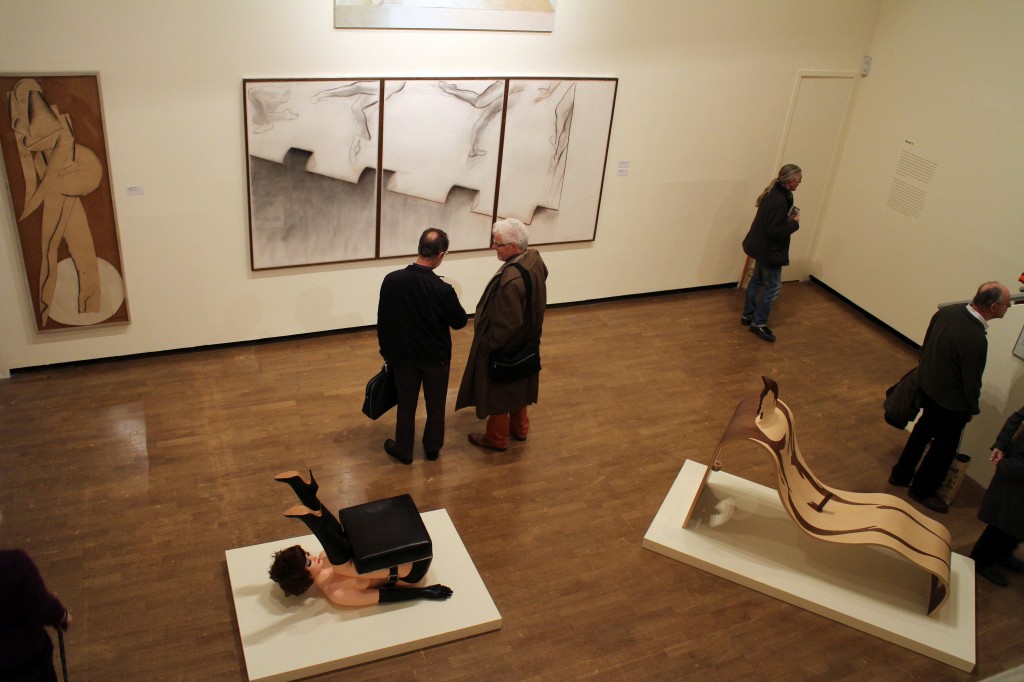 Jones has been labelled as a Pop Artist, and although his work is totally different to the most famous pieces of pop art (by Lichtenstein, Riley and Hockney), the colours, development of graphic style and forms are definitely eye-‘pop’ping. 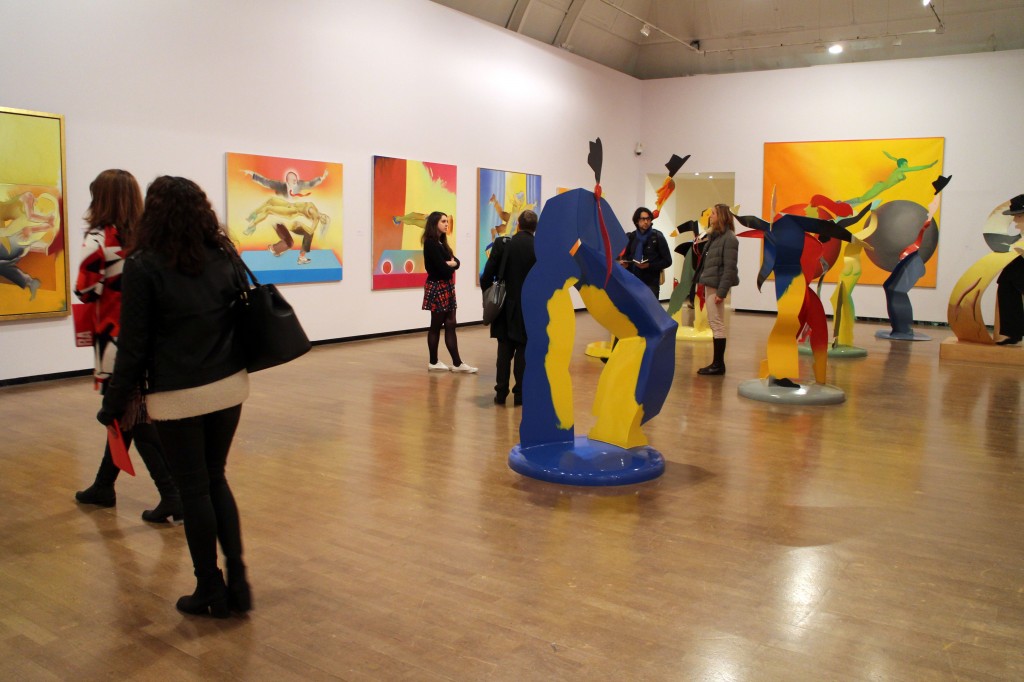 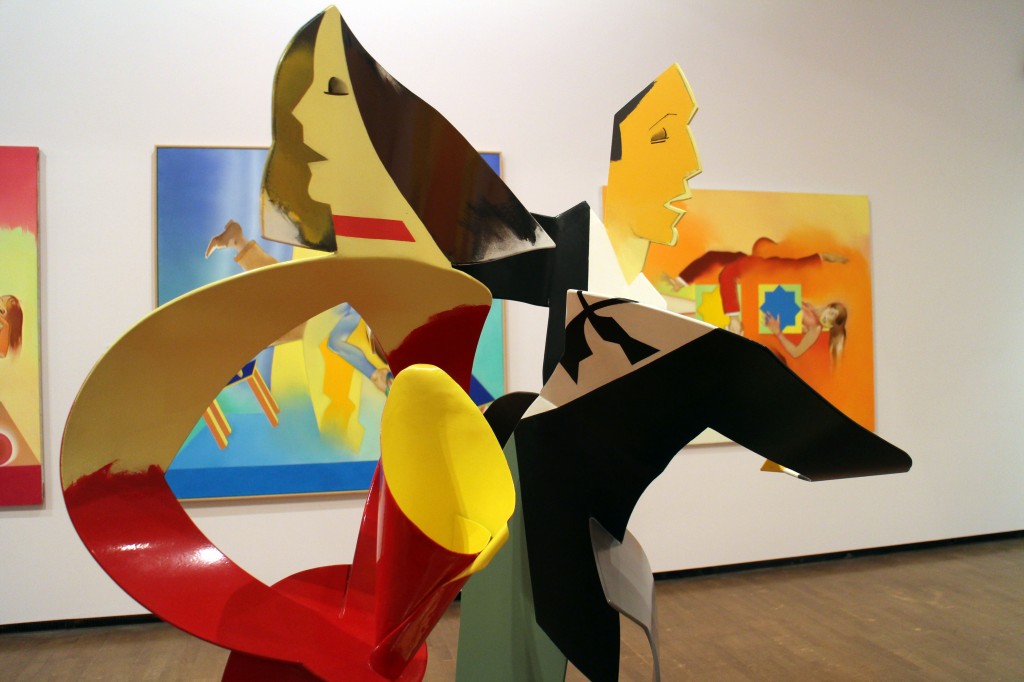 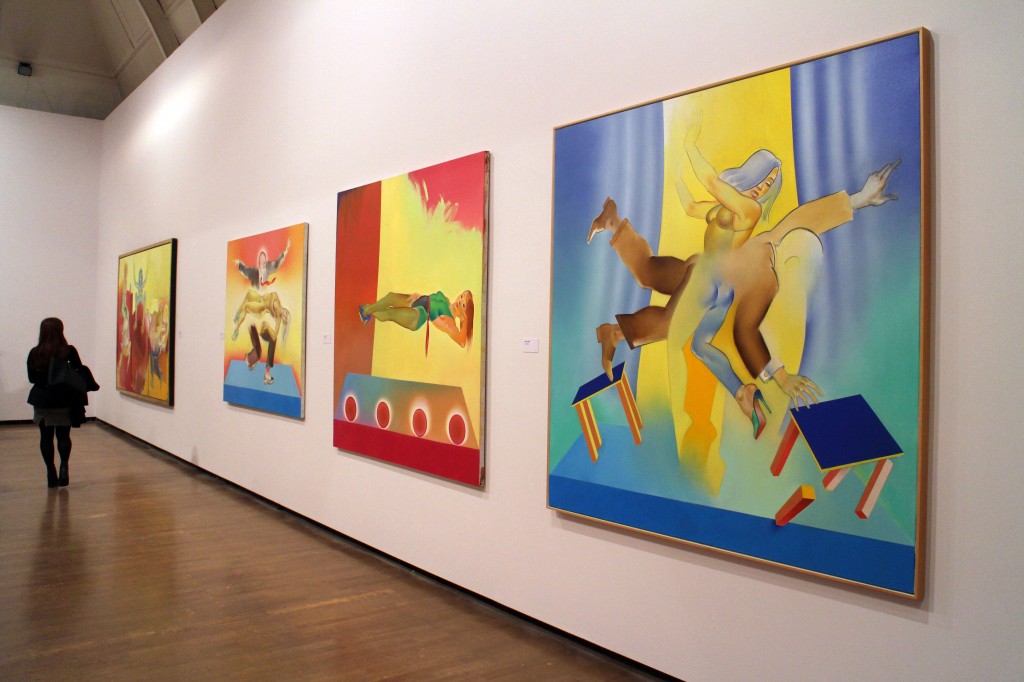 It’s clear to see that Jones loves colour and I think that he uses it well. Although his work is very bright, it doesn’t look like a rainbow has vomited. The colour palette is obviously carefully considered and the tones, shading and blending in the work are amazing! The Darcy Bussell painting captures every shadow, muscle and twist of the material in her athletic body – it is so life like! 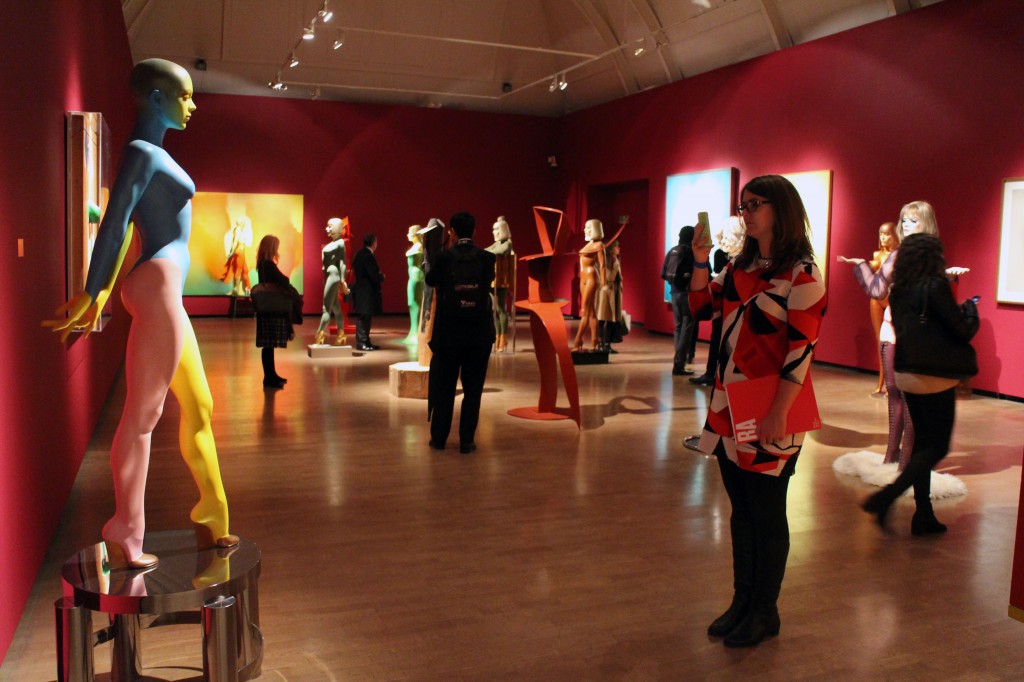 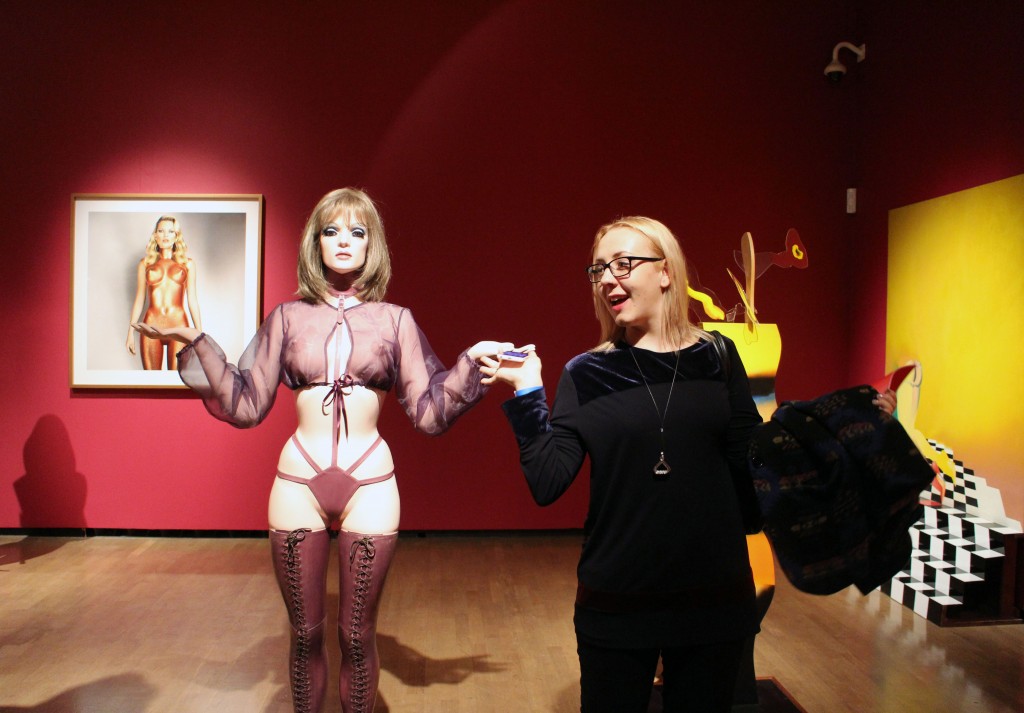 So the mannequins are not really a realistic representation of the female form (just look at that hips to waist ratio) but they are fantasy ideas from the 60s – when else would a hat stand and 2 chairs (not intended for sitting on) made from mannequins have been dreamt up?

And the famous Kate Moss bronze portrait next to the bronze body cast shows some signs of photoshop trickery – it looks like the hips have actually been made to look bigger (makes a change!)?

The cast was meant to be used in a film but when Jones was due to photograph Kate he needed something quirky to make it a stand-out portrait. The bronze bodysuit just happened to fit Kate (it is tiny) and she was strapped in (you can see the straps near the legs) for the photo. 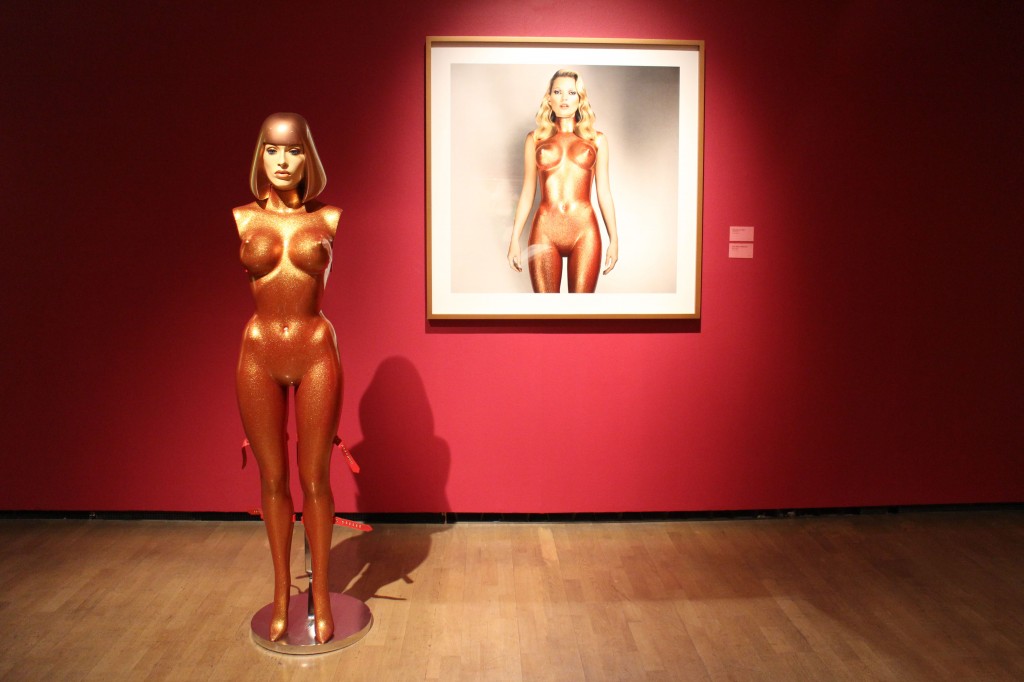 So it’s the most tongue-in-cheek exhibition I’ve ever been to, that’s for sure.

What do you think about the exhibition from my photos? Are you going to go and see it for yourself? The exhibition is open until 25th January 2015 so there’s plenty of time for you to go and experience it.