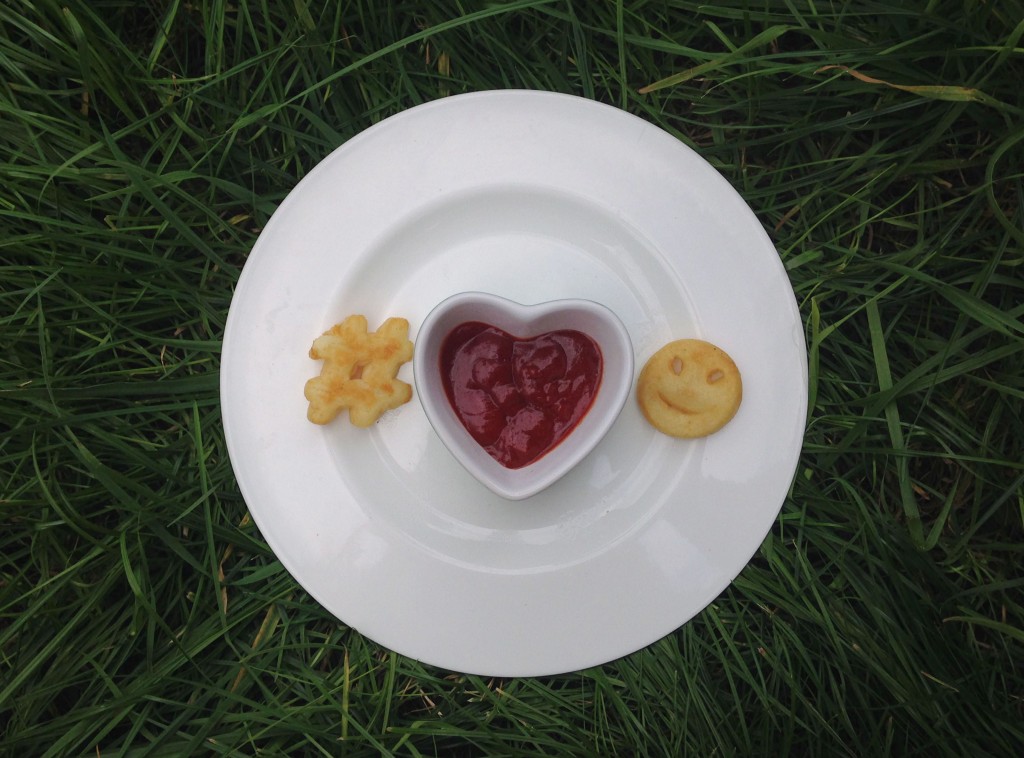 So it’s getting to that time of year when people start to feel all nostalgic (well, recently it seems like it’s ANY excuse to be nostalgic about the 90s!?) and sentimental – yes, I’m going to say it. The C word. Christmas time. Well I’m not going to pretend that I love Christmas because I don’t – I’m a Boxing Day baby, remember! (Although this year I’m starting to warm to the idea of Christmas, but we’ll see…) To ease myself gently into the festive season, I’m starting with these: 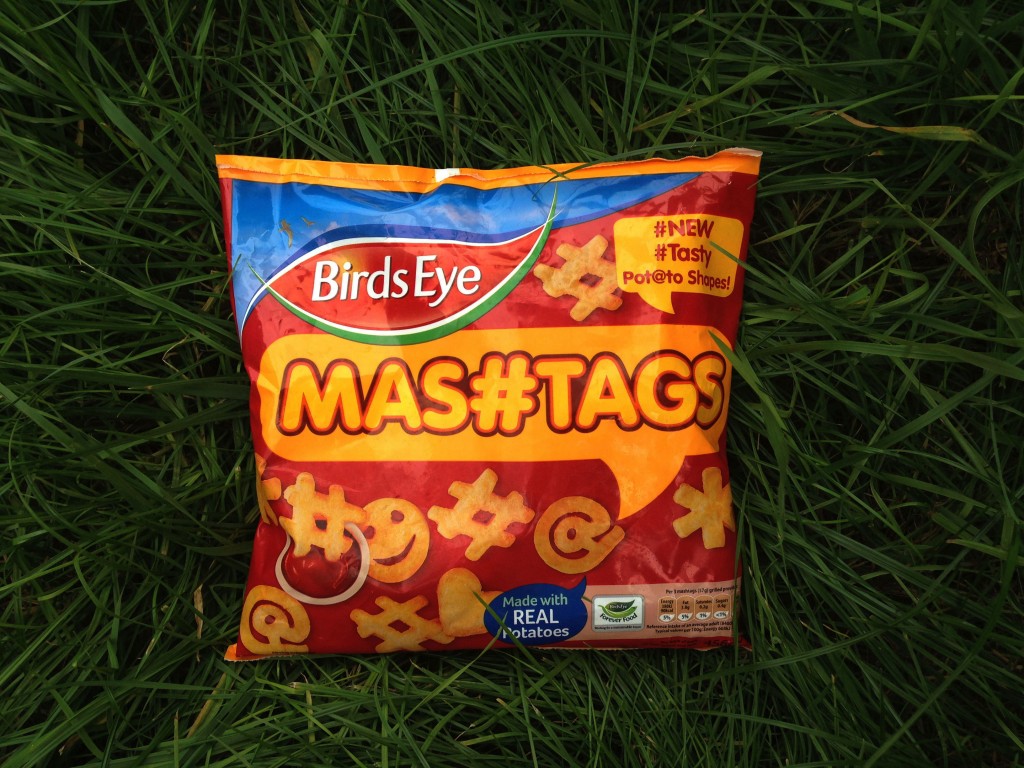 That’s right, it’s those potato shaped smily faces BUT now they’re better than ever – new and improved because they’re in the shape of @s and #s! I saw these in Asda and just had to buy them for the nostalgia – I used to have these for my school dinner in primary school. Anyone else – hands up? 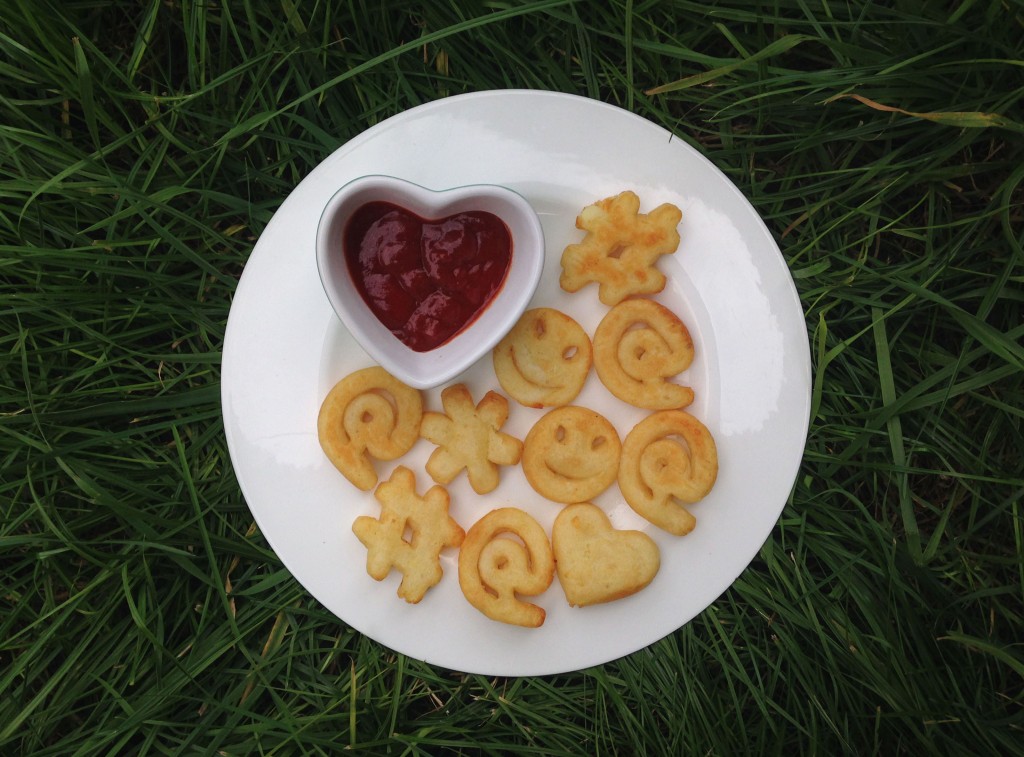 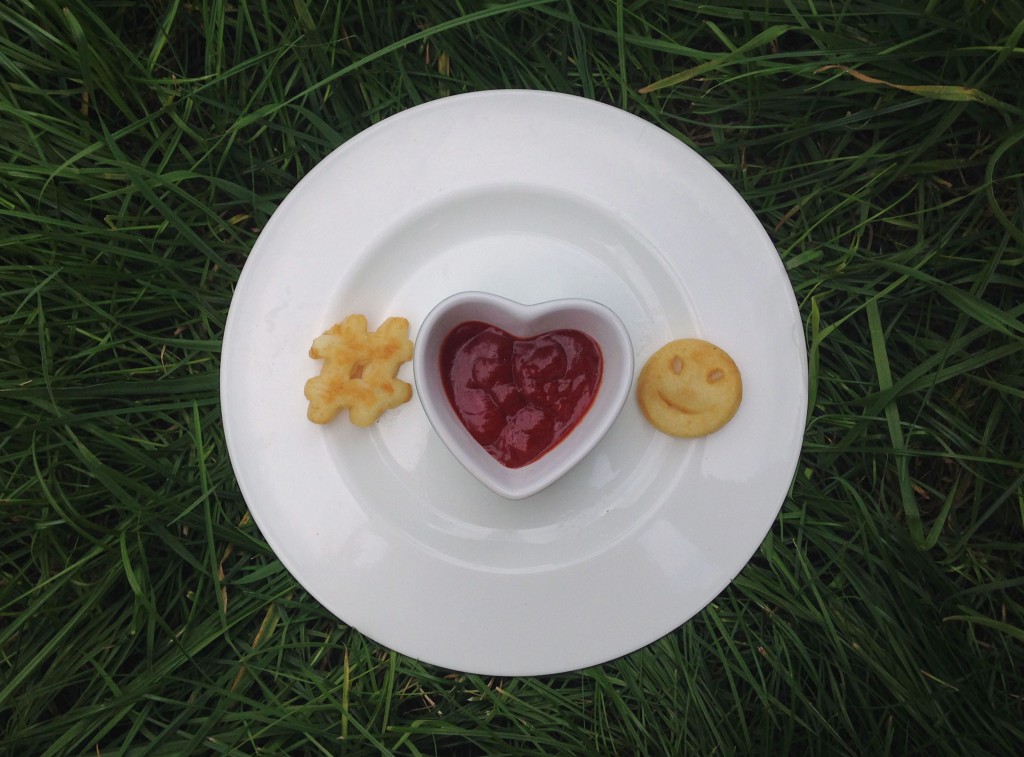 I know they’re probably not that good for you (but apparently they are made with real potatoes) but they’re just so tasty – crispy but soft and great to dip in tomato ketchup. I’m convinced that they tasted better because they’re hashtag shaped too… 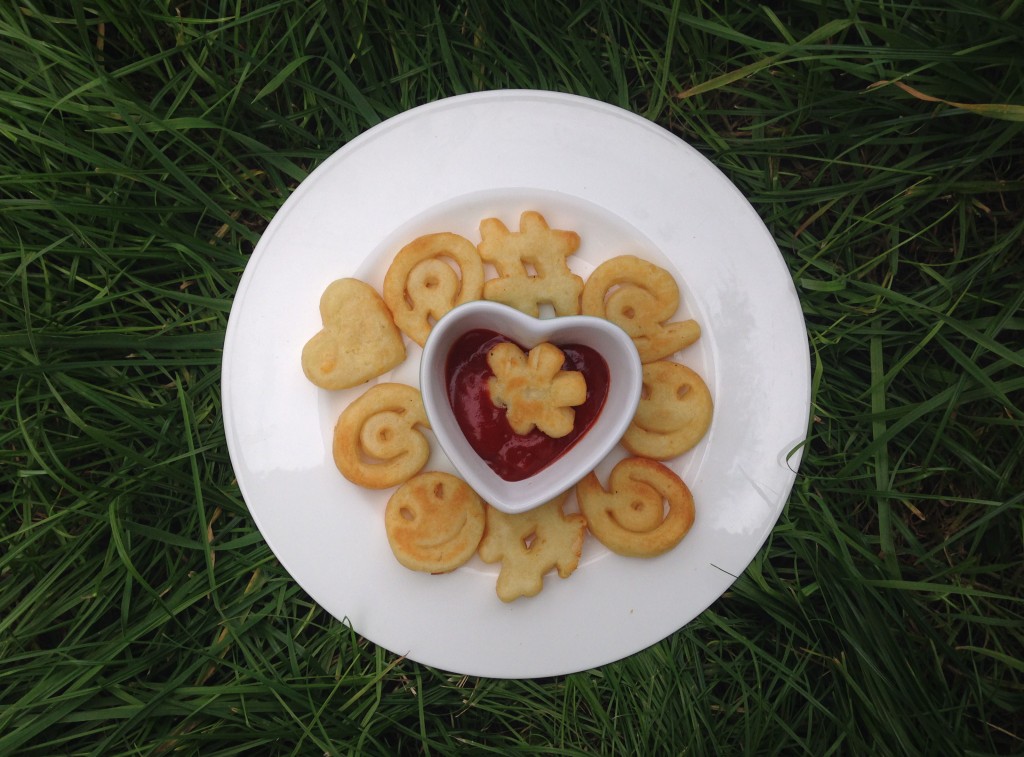 But the fun doesn’t end there… 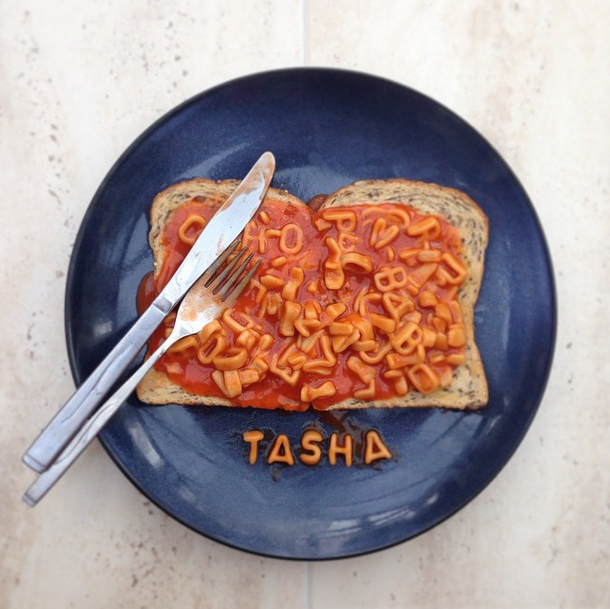 That’s right, there was Alphabetti on the menu too! How can you resist the urge to spell your name out in spaghetti? I know you’re not supposed to play with your food, but typographic food is easy on the eyes and the taste buds – win win!

Have you come across any other typographic food items? I’ve seen that chocolate letters are a bit of a trend this year for Christmas – I haven’t picked one up just yet though… have you?

Friday Lates @ The V&A: What The Font?