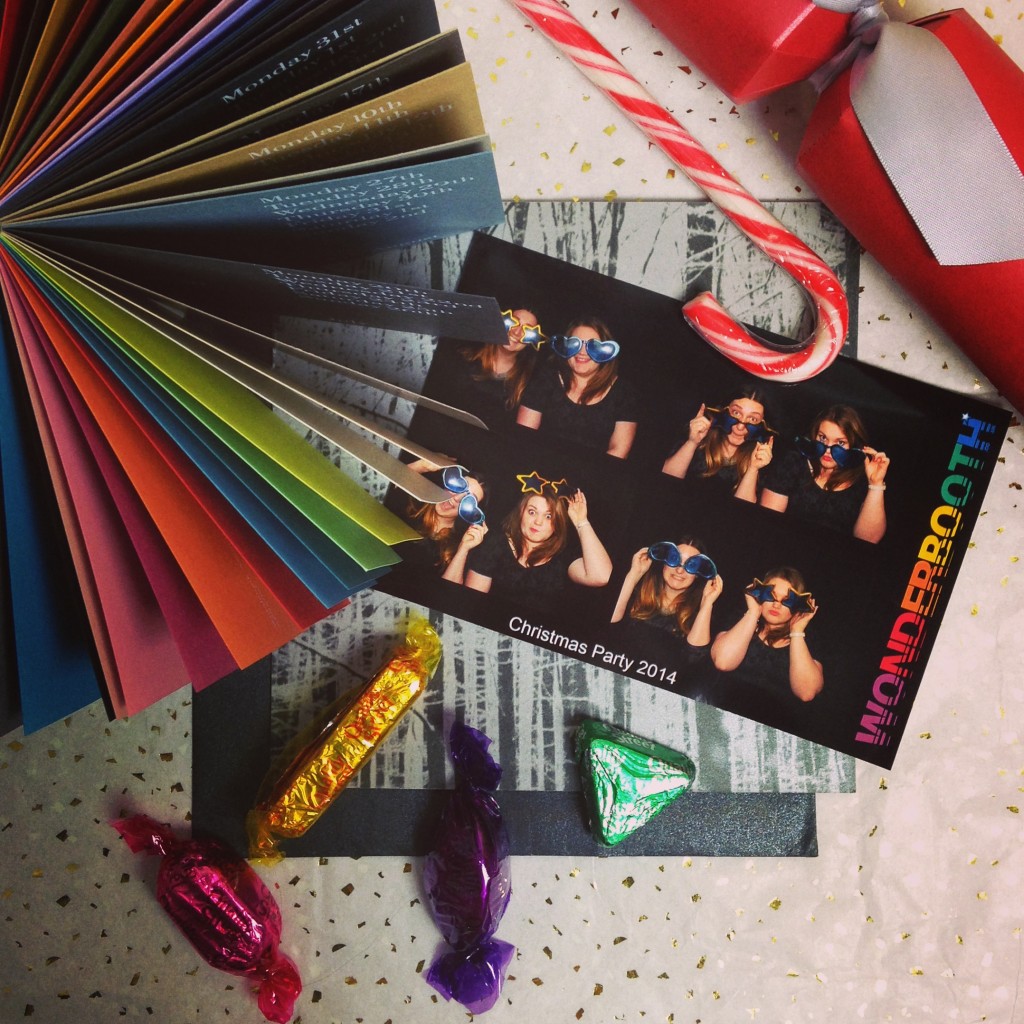 At the beginning of the December our (the studio) Fedrigoni paper rep Jess sent me an invitation to their Winter Wonderland party at their London office. The rest of the gp graphics team (Jo & Natalie, who I realised I haven’t told you about yet) couldn’t make it so I went to represent… but mostly to be nosey! If you’re not familiar with Fedrigoni, you should check out their selection of fine Italian paper stock. The plan was to attend with Soof & Sara, however due to unforeseen circumstances I had to work late so Soof had to go home – boo. But being the babe she is, Sara waited for me and we eventually made it into the party.

Going down in the lift, we had no idea what to expect but what we found was pretty cool (pun intended): 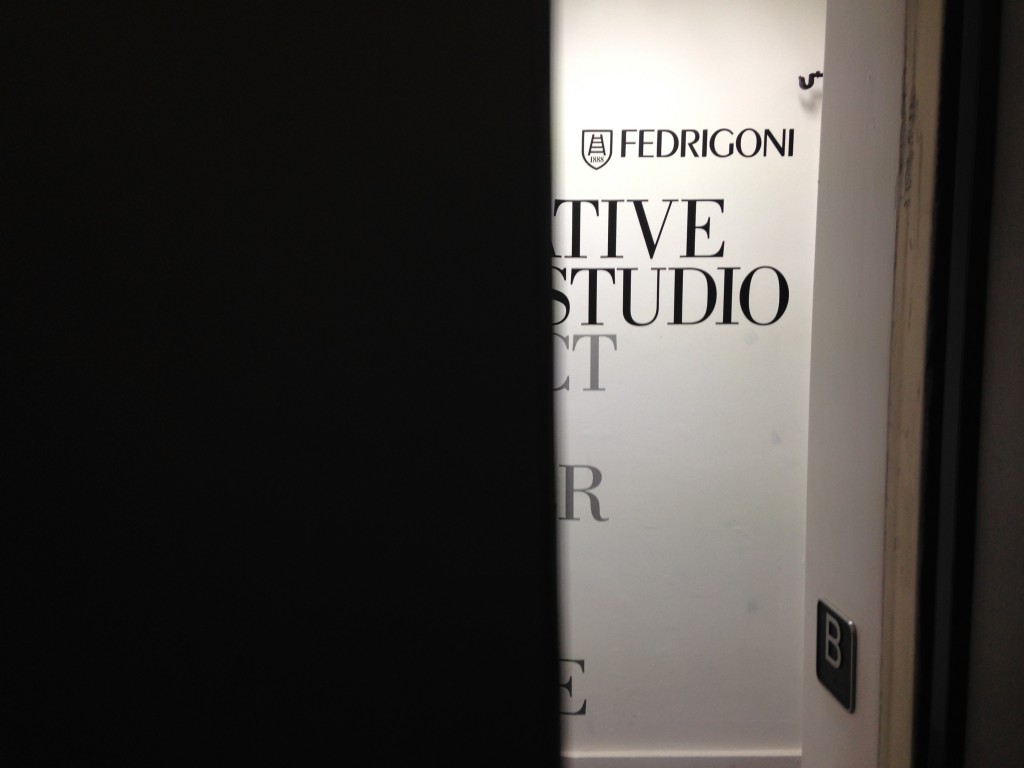 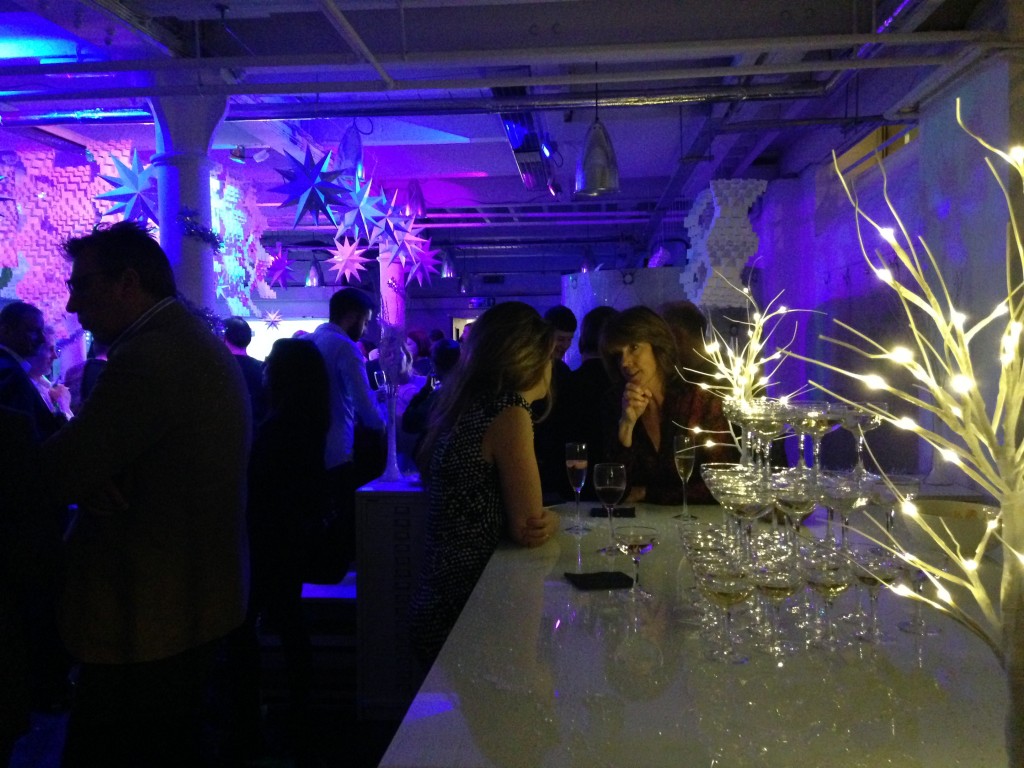 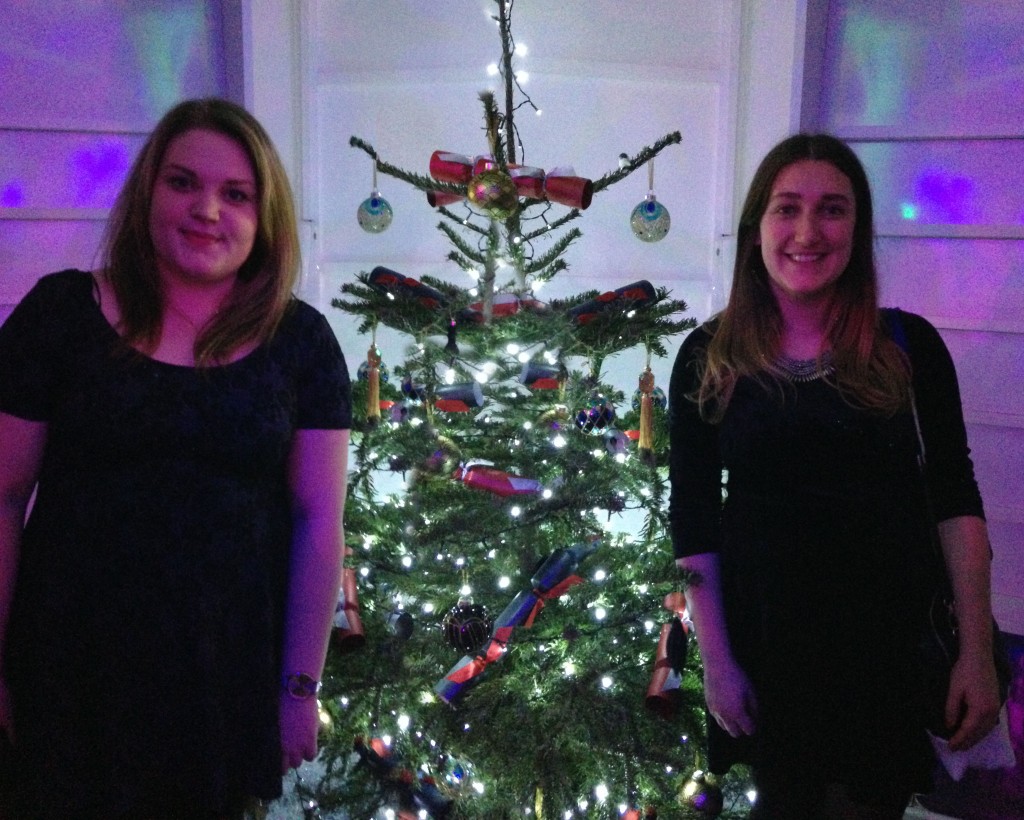 A blue hue, a christmas tree(which I can happily pose with now that I’m getting into the Christmas spirit) and paper decorations in the form of crackers made from the Sirio Pearl range paper… 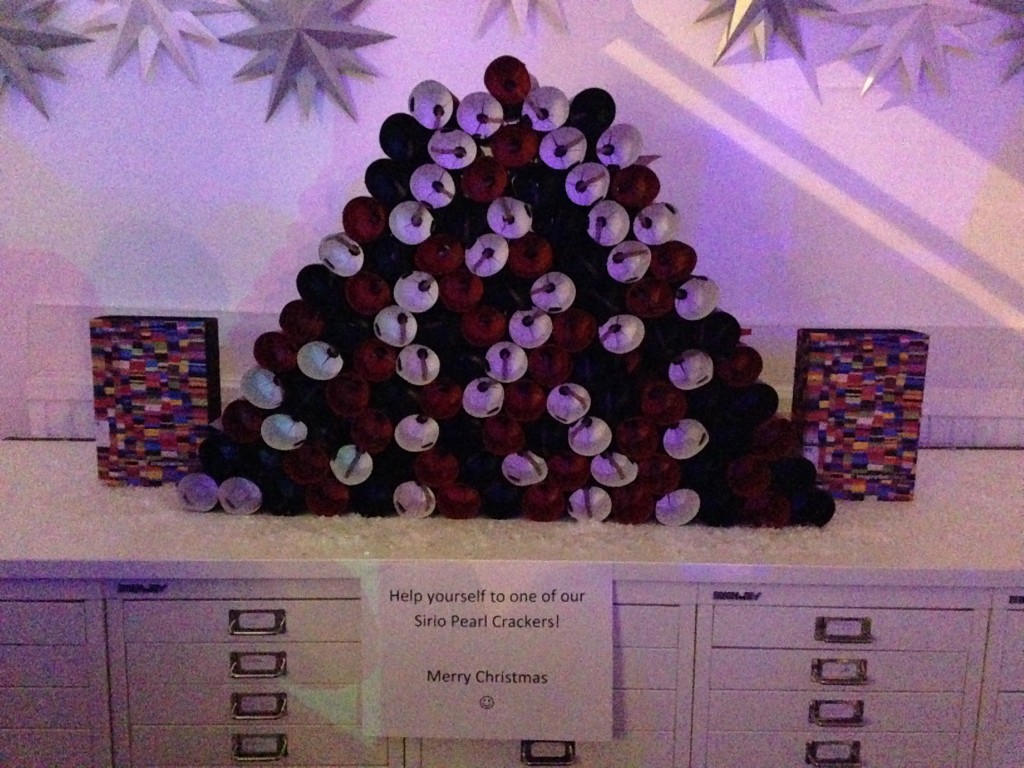 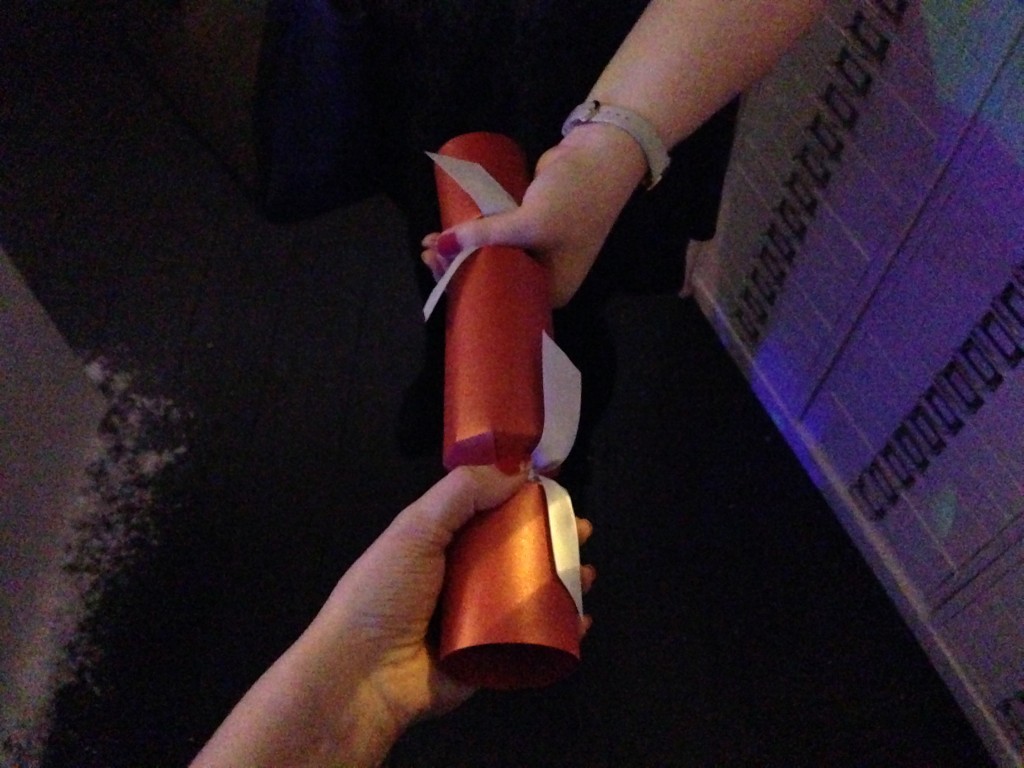 …and also paper wishes – a geometric paper installation hung from the ceiling of the Fedrigoni office. I think it’s a really nice concept as it’s not cheesy but still festive. And Fedrigoni are making some of the MyPaperWish wishes come too true – which I think is so lovely! 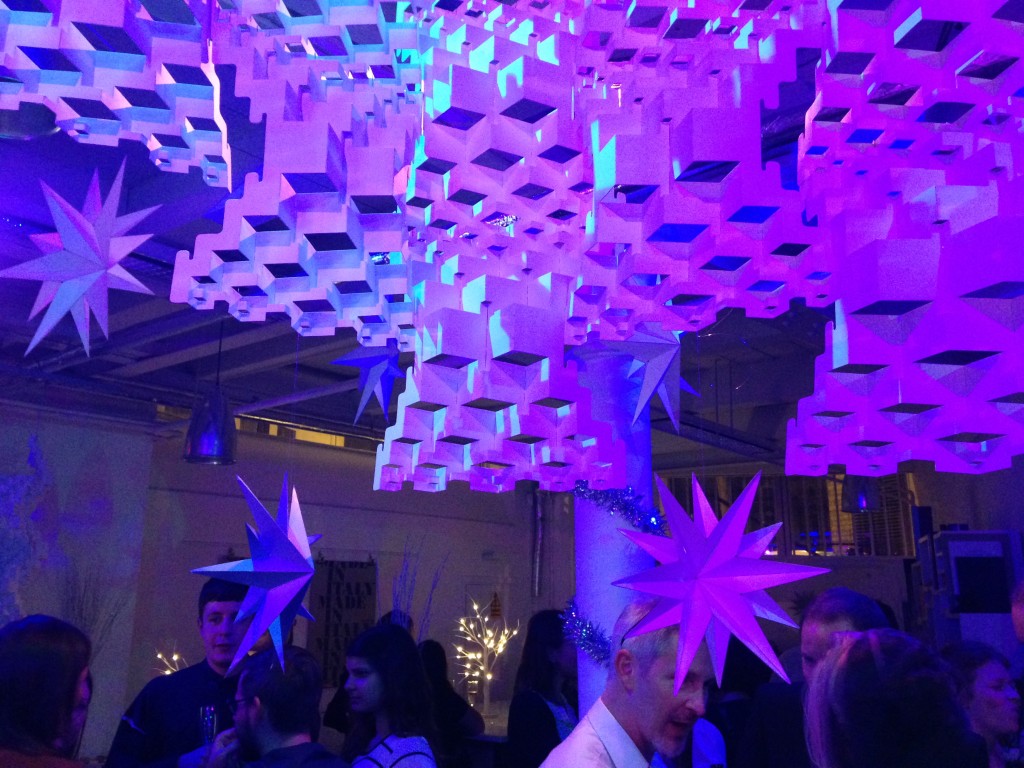 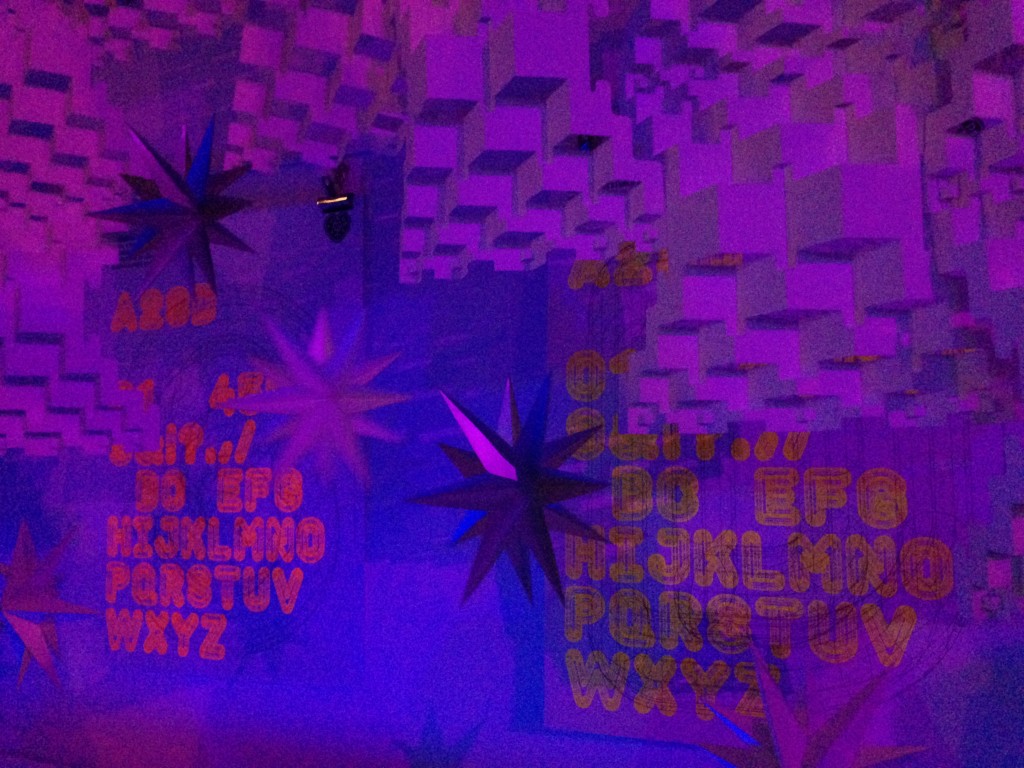 We spotted these fluoro prints of what I think I recognise as the 3D printed font which I saw at the V&A Graphics Weekend a few weeks back. Am I right? Anyway it looked great, all glowy near the chocolate fountain. And then I noticed that the little tables were made from stacks of paper (topped with wood) – what a great (but a bit risky with Prosecco flowing) idea! 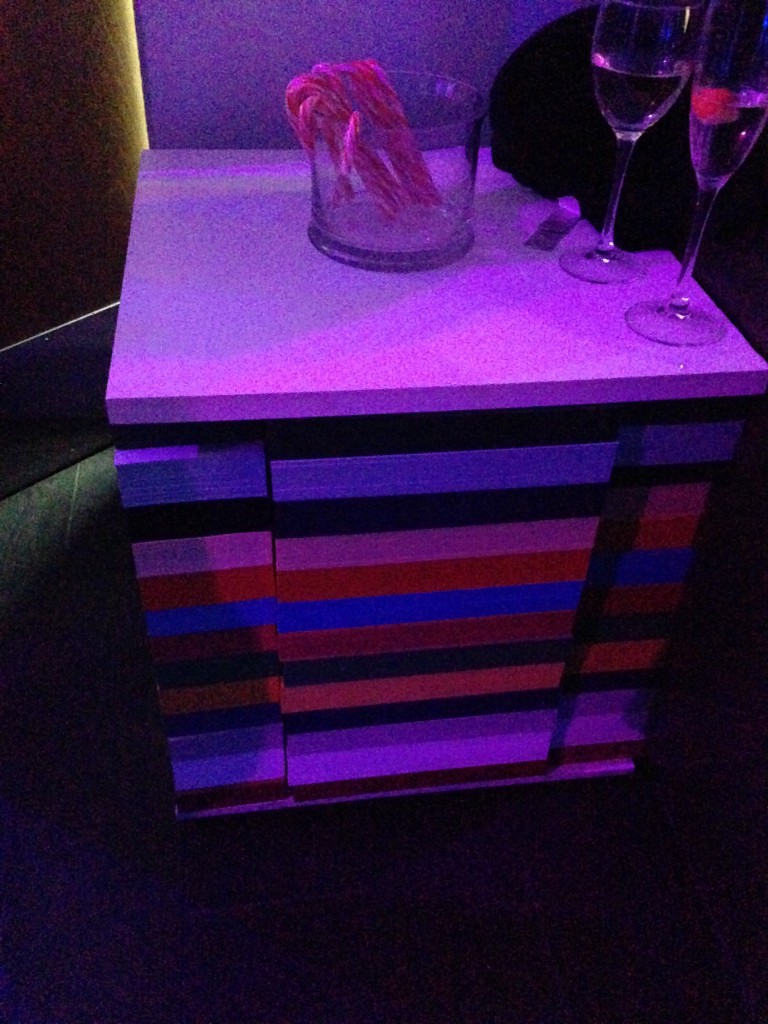 AND THEN I noticed (really observant still despite the Prosecco) that there was a photobooth! So Sara & I might have (definitely) struck a pose or four… 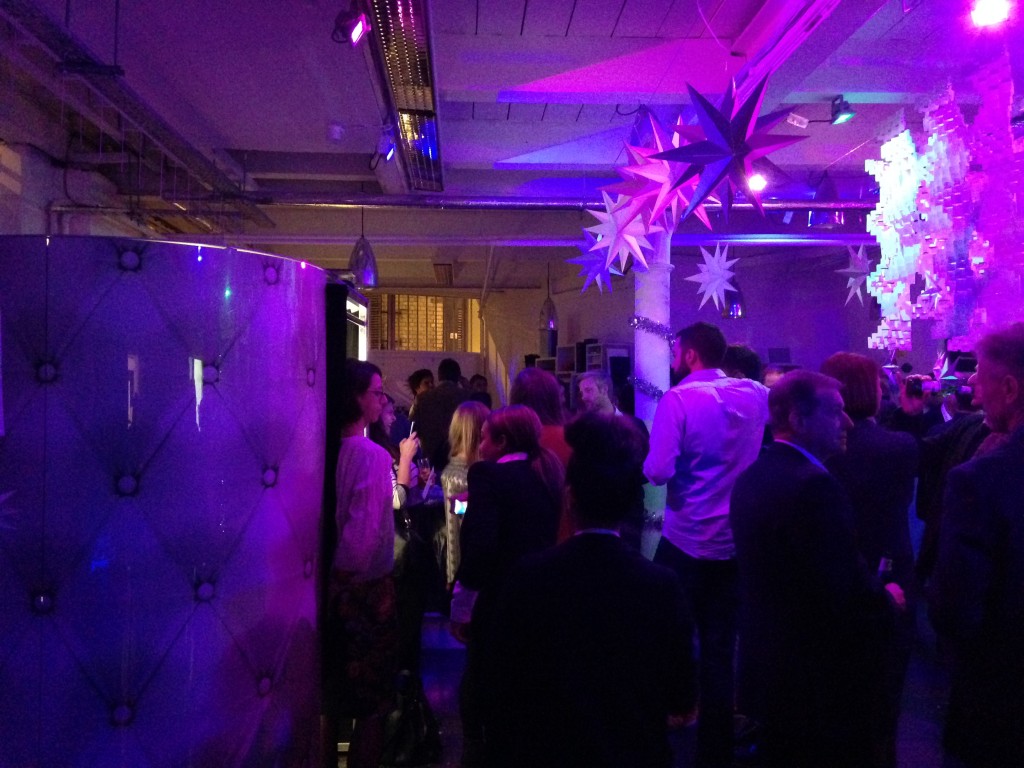 Who says you can’t wear sunglasses in December? We also picked up a Fedrigoni 2015 calendar (although I managed to break mine taking that photo 🙁 Just be careful of the spine if you get one) which is colourful, simple and comes with cute little paperclips that you can highlight special events with.