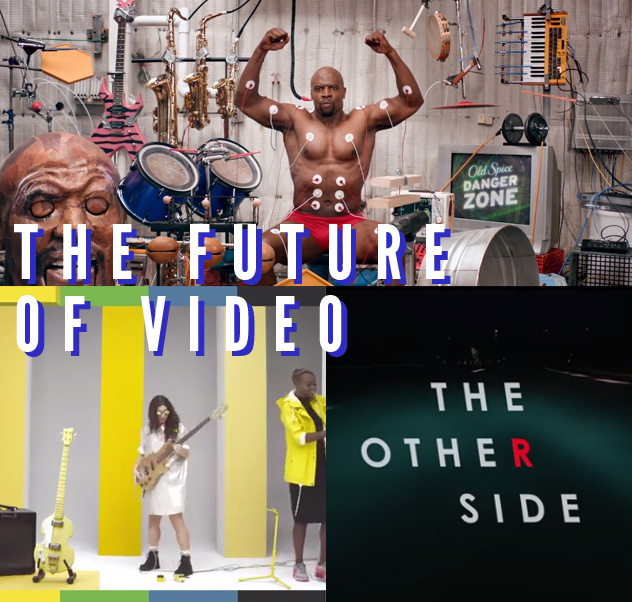 Last year I received an email from ASOS – just a standard ‘Buy all of these lovely clothes’ temptation email. But actually this email was a little different to usual as it also included this cool video:

If you’ve not seen it before, it’s one of a few ‘interactive’ videos which crept into our lives in 2014. In this ASOS video you can click on the different colour bars at the top and bottom of the video to seamlessly change the colour of the video (or if you don’t click on them it just goes through and plays all 5 colours). Is this a cool concept or is this a cool concept? I’d never seen anything like it before but wondered if I had maybe missed something, so I asked my housemates and work colleagues if I had missed out on any others.

My housemate Lucy (who works in advertising) gave me a massive list of things to look at, the first was The Other Side by Honda advert. Celebrating the release of the Honda Civic type R, viewers are invited to watch two stories (one day time, one night time) simultaneously with the press of the button. To experience it for yourself, head to the Honda Youtube video, press play and then press R on your keyboard to switch between 2 different stories. It’s pretty cool, right? By showing the good (mundane) and the bad (dangerous and exciting) sides of the car it appeals to the dreamer.

And it’s not just Honda that have been playing with interactive videos; all kinds of brands are giving it a go, including Tipp-Ex and Old Spice:

I couldn’t find the actual interactive video, but if you watch the one below you will get the jist…

I think it’s quite clever – using the product in an unusual context. Obviously everyone knows that you can’t Tipp-Ex a screen, but it’s a fun idea.

A couple of years ago the Old Spice adverts had become really popular – you know the one; ‘Hello Ladies. Look at your man, now back to me, now back at your man…’ etc. It seems that Old Spice have continued to make creative ads, including one where you can control the muscles of Terry Crews from your keyboard. Now  I can’t find the original interactive video (WHY would you delete it off the face of the earth?) but you can watch a clip of Terry warming up here. So the concept was that the user is able to control Terry Crew’s muscles with their keyboards to make him play the drums. A gimmick, but who doesn’t want to make music with muscles, so it’s a clever one none-the-less. I can imagine this would have been popular in schools – kids in IT supposed to be making spreadsheets but instead making music, am I right?

This next ‘interactive video’ from Arcade Fire (yes, the band) is quite different to all of the others. So first of all, make sure you allow pop ups just for this website (because it wont work otherwise – the site should tell you how to do it). Next enter the postcode of where you grew up, wait for it to load and press ‘play film’. What happens next is quite clever: A series of windows keep popping open, closing, moving and showing different things. Clips of a guy running linked with google maps shots of where you grew up, so it looks like the guy is running around your hometown and he’s even pin pointed on the birds eye shot – spot him?

Then you can write a letter to your younger self, trees start popping up in roads (linked to the wilderness downtown title, duh) and it all gets a bit weird, but still it’s pretty cool and I like the song too. Have a go yourself! 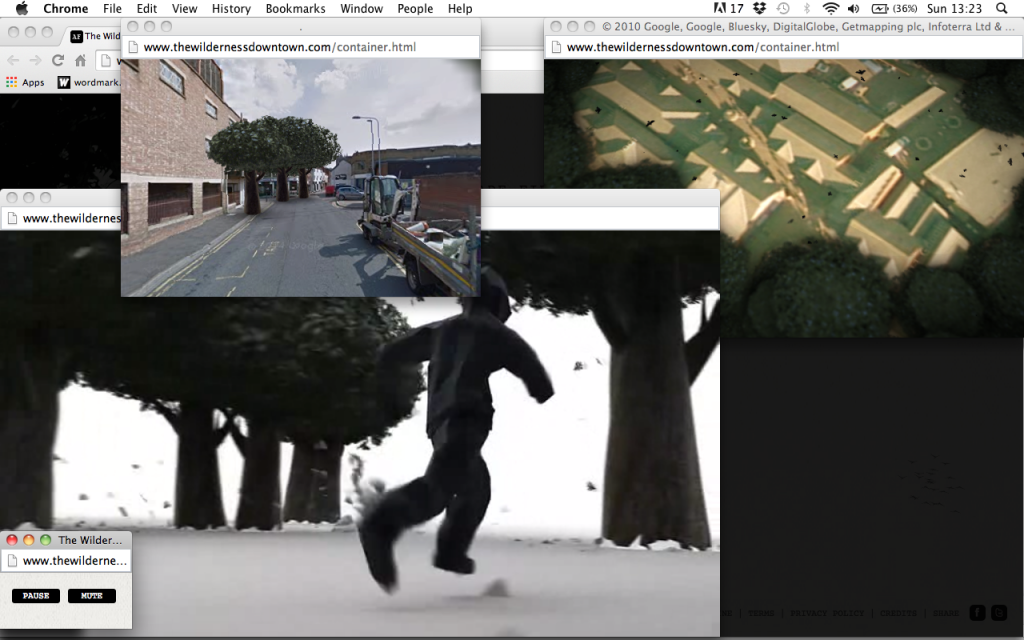 I’ve got a couple more videos that I want to share because although they are different to the previous 5, but it’s not just about watching and interacting with videos online anymore. What about videos that people can interact with in the street? What about Gary Lineker stuck in a vending machine?:

How clever is that? I (obviously) knew that Gary Lineker wouldn’t be squashed in a vending machine, but there are points in that video where I start to wonder ‘IS he actually in that vending machine!?’ because the interactivity is just so fitting with the situation, right? ha

I can imagine that was kind of high-tech, but sometimes simple is best – just watch this interactive British Airways billboard:

I’m sure that we have all looked up to the sky, seen a plane soaring above us and thought ‘I wonder where they’re going?’? Well these billboards tell you just that:  ‘Look, it’s flight BA475 from Barcelona.’ #lookup I think that’s a pretty clever, indirect way of making people think about going away and flying out of the country.

And I just love this hair raising ad by Swedish Pharmacy Commercial Apotek:

It’s quite simple (the girls hair is just blowing around afterall) but fun and grabs people’s attentions – look at all of the people smiling! It’s not something you expect to see – usually it’s just a pretty girl with nice hair.

So all of those videos were cool and had something a little bit quirky, but what does that mean for the future of video in advertising? Apparently people of the modern day have a really short attention span – usually adverts are short and sharp with the extended version as an extra option. In January Creative Review posted this article asking if adverts are becoming too long. The most popular ads of 2014 were the Sainsburys Christmas ad, John Lewis Christmas ad and Nike Football Winner Stays ad, averaging at 2.8 minutes.

So what does that say about the way we are digesting videos? Has our attention span grown? Do we now look for something extra or switch off? I find it all quite interesting anyway and will be keeping an eye out for more videos and ads in 2015.

Have you seen any videos/ads that have made you think ‘WOW!’? I’d love to watch/hear about them so share, and share alike 🙂