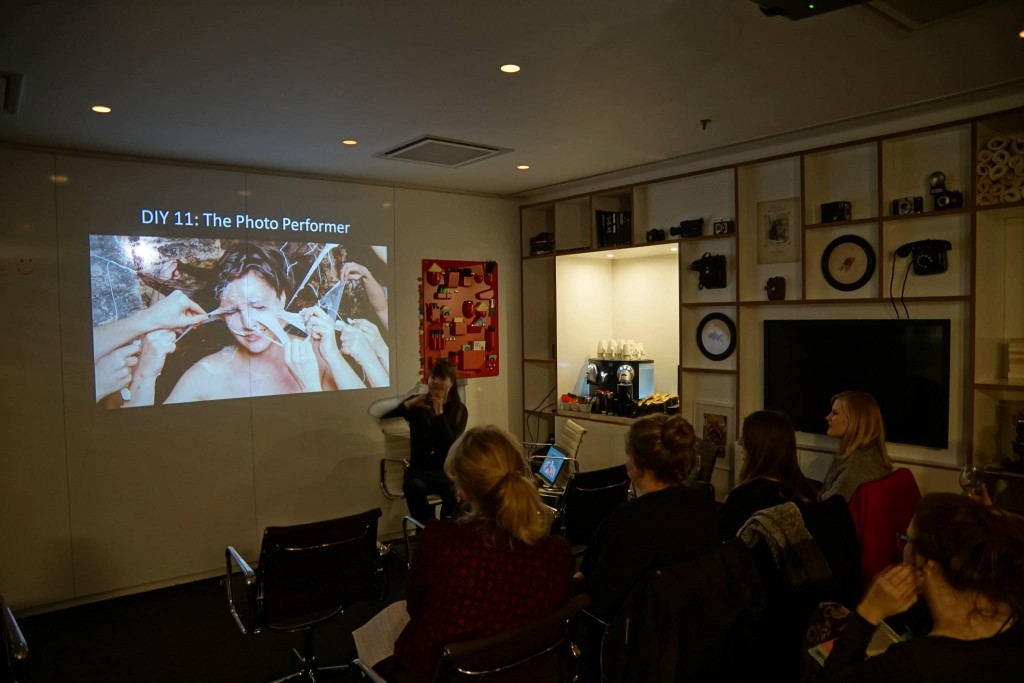 A couple of weeks ago I was invited to a blogger event hosted by Citizen M which sounded right up my street; #CelebratingCreativity. If you aren’t familiar with Citizen M, they’re a chain of hotels with a cool approach to travelling – just read their google description: ‘citizenM hotels offer affordable luxury in some of the most exciting cities in the world. Free wifi, movies and XL beds come as standard.’

‘Citizen M says: good art deserves great surroundings, not white walls’ – and this definitely shows with the quirky pieces around the hotel. Staying at a Citizen M is more than just a bed to sleep in, but a inspirational experience which will make a Travel Lodge seem like a cardboard box. 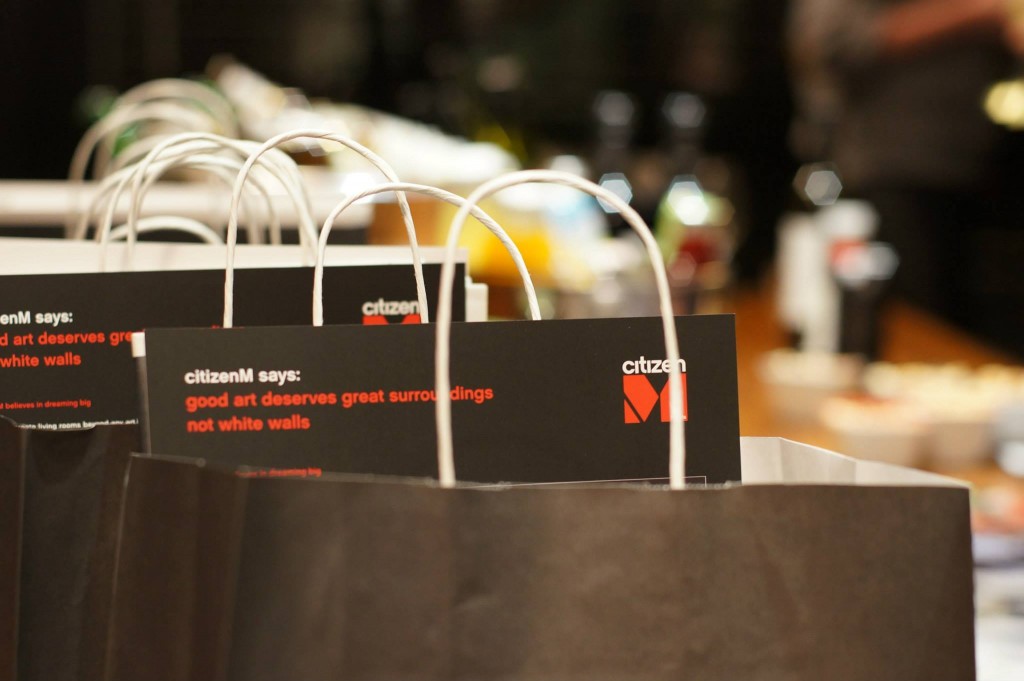 I work just around the corner from the London Bankside branch, so it was the perfect way for me to unwind after work on Friday – talking about creativity. I met Sara and Katy from Little Miss Katy (who I had met at the Nuffnang Workshop, coincidentally at Citizen M Bankside) at the tube station before heading to the event to find that we were the first to arrive (Eager beavers!). We poured a glass of wine and chatted with the speakers, Liz and Jess, before other bloggers started to arrive and the room was buzzing with conversation. 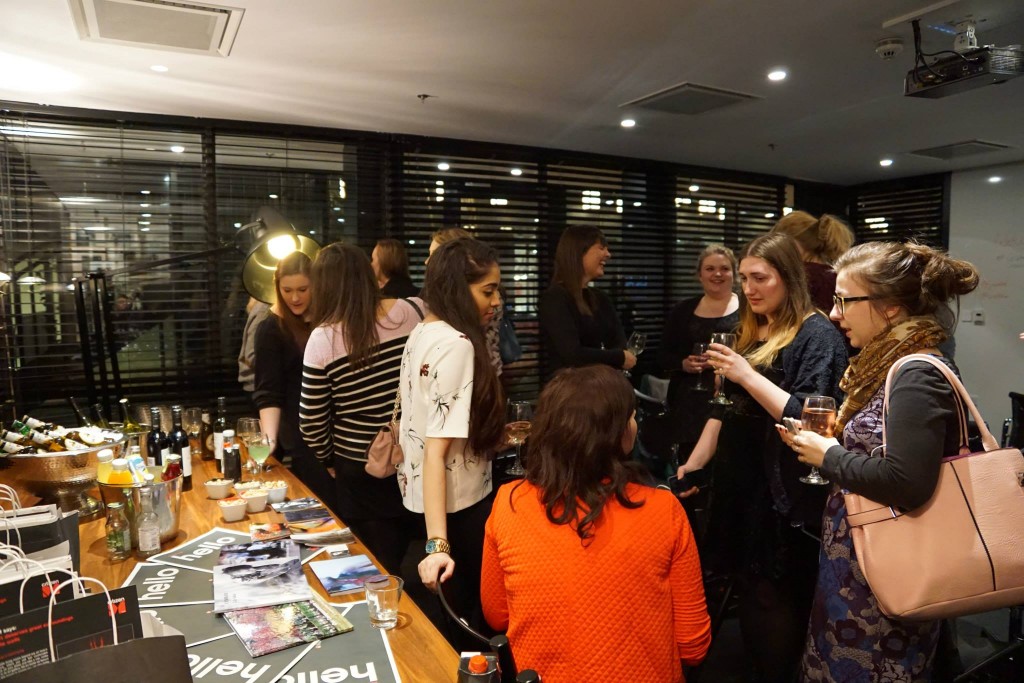 First to speak was Liz Atkin, an artist who shared her very personal journey with us. Liz has been living with a mental illness for most of her life called Dermatillomania – that’s Compulsive Skin Picking to me and you. It sounds gross, yes, but for many people is part of daily life. Liz studied dance at Uni, hiding her disorder, but when it came to her MA, she was forced to reveal her skin picking in a project filming a day of movements. She decided to confront the compulsion and produce work showing the movement, repetition and patterns of skin as a living thing. Using a flatbed scanner she used all kinds of materials to document and showcase the condition: paint, milk, soapy water and red wine – HOW did that scanner survive!? 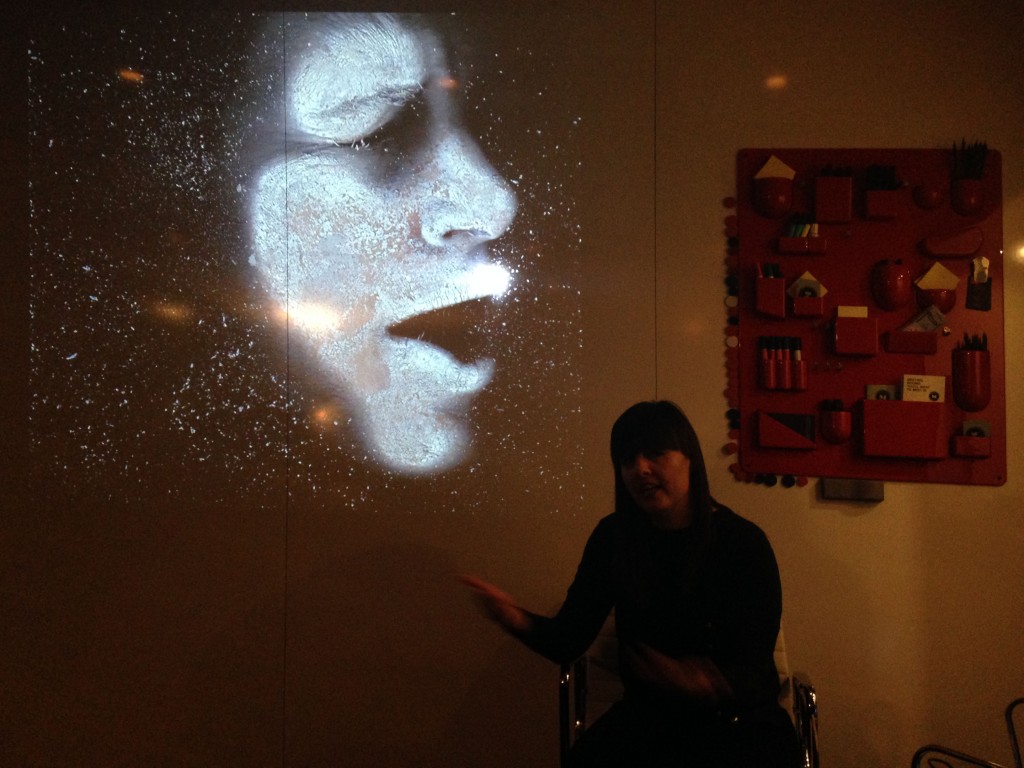 She literally scanned her face in, moving and distorting it in really interesting ways. What she produced was bold, brilliant and in a way beautiful. Her images have been recognised by several awards and have put CSP, a basically unknown condition, in the spotlight.

Liz talked about how hard it was to share something which she was for a long time embarrassed about, but that she did it to turn her difficult experience into something positive, raise awareness and to hopefully help other people suffering in silence.

Up until 2 years ago Liz had been working full time whilst creating her art, but after a fall down the stairs, a series of panic attacks and being diagnosed with depression, she realised that she had taken too much on. She made the decision to quit her job and go freelance to work on what she loved: ‘creativity saved my life’.

Last week Liz was interviewed by BBC Breakfast news and Aljezeera about her current exhibition at the Bethlam gallery. The oldest psychiatric hospital in the world (founded in 1247), Bethlam have just opened a space dedicated to showcasing art based on the theme of mental health, where Liz is exhibiting.

Next to ‘the stage’ was Jess Swale, a theatre director, writer and playwright. Choosing to talk without a presentation, and just notes to prompt, Jess’ talk was animated and very passionate. Just to show you, here’s a photo I took of her in action: 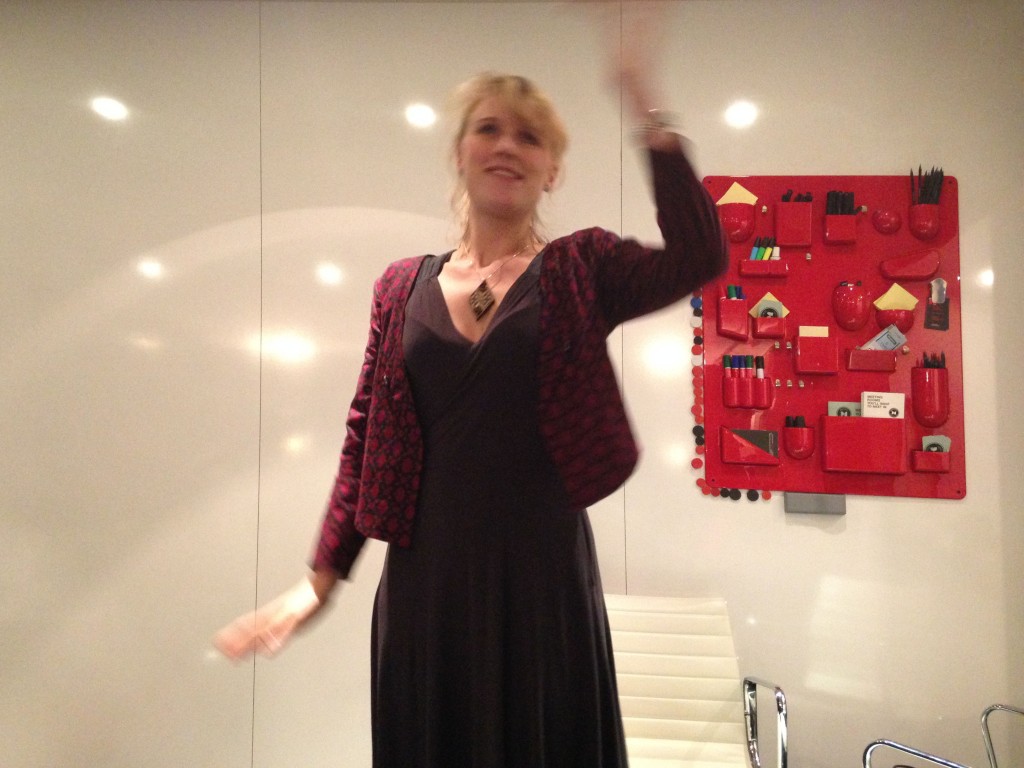 Jess talked about her struggle to decide on a route in the theatre – apparently it’s career suicide to direct AND write; you should choose one and stick to it. But Jess didn’t, and explaining that ‘Art is hard work and that’s ok’ and ‘Artists are normal people, not geniuses.’ – we’re not meant to get everything right.

She told us about her unusual route into the theatre, noting that you have to start somewhere, and how she boldly approached a successful director, eventually persuading him to give her a chance even though he had already told her that because she had no experience he wouldn’t give her a chance.

Jess also spoke about her struggle to ‘prove herself’ as a female director in an old boys network, which I really related to because gender disparities is a debate within the design industry too. I wrote my dissertation about women in Graphic Design and how women want to be known for their work, rather than being a female designer. Jess has been through the same, explaining that she can’t wait for the day that is is asked about her work, rather than what it’s like to be a female writer/director. She raised an interesting point; ‘It’s very difficult to be a successful woman and liked’ – the conclusion of research about how success differs between genders.

As a writer she related to bloggers, asking why writing was important to us with two conclusions:
– being curious about life and wanting to know more
– to taste life twice; in the moment and in retrospect

Jess encouraged us to write/create what we want, not what we feel we have to: ‘Creating something is the celebration of all the things you care about.’ Which lead her to share about a play that she took a chance on, despite everyone telling her that no theatre would put it on. Did you know that the first woman attended University in 1897, but it wasn’t until 1948 that they were able to graduate at the end of their studies!? That is ridiculous, a little known fact and something that Jess felt very passionate about sharing with the world.

Sticking with it, in the end Jess was able to put the play on at The Globe theatre – pretty impressive: ‘Be true to your own voice because otherwise why are you doing it?’

Another point which I found relevant to bloggers, Jess spoke about validation. As bloggers we aspire to grow a readership of thousands, but really just because more people read something, it doesn’t make it any more valid, important or truthful. Jess said that changing just 1 persons life makes her work worthwhile, which is something I totally agree with and the attitude that I write my BA (Hon)est posts with. 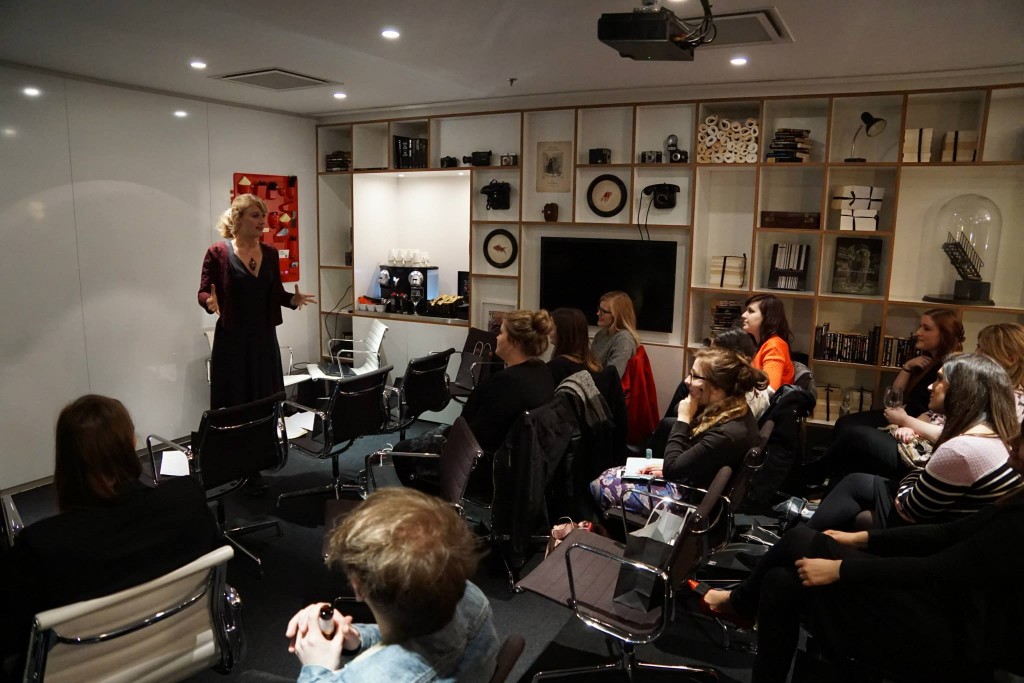 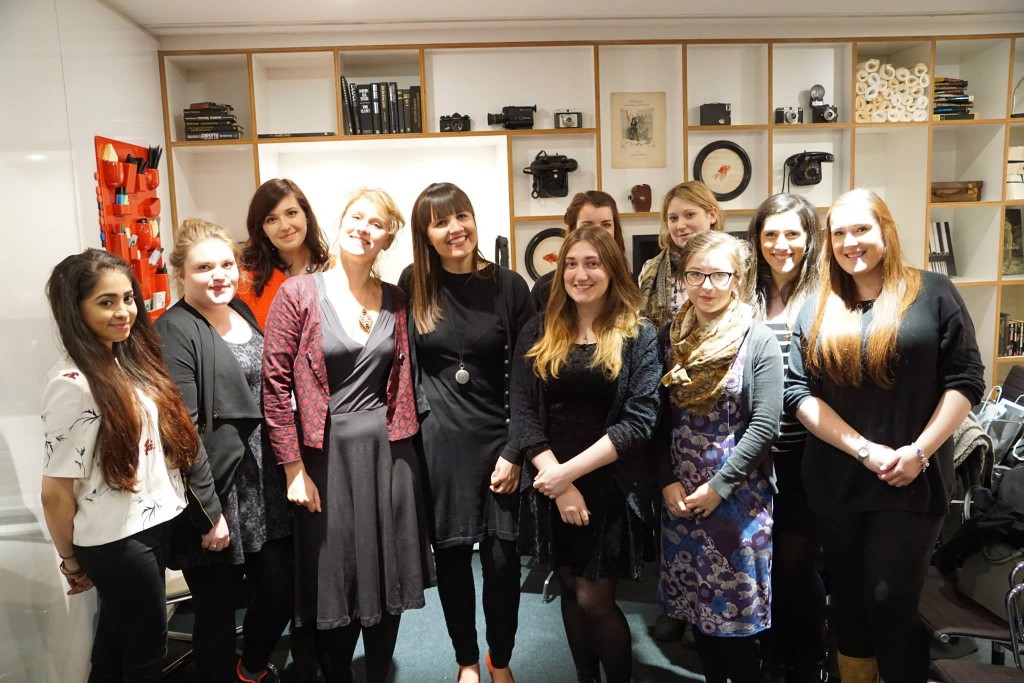 And 2 hours later we were a roomful of bloggers totally overwhelmed with creativity. Both talks were truly inspirational and sparked so many thoughts and questions in my mind. I am not an artist or a theatre director/playwright, but I am a creative and I feel quite lucky to be able to take inspiration from a lot of different sources. Thank you so much to Liz, Jess, Hollie and Citizen M for organising the event.

A few people had to shoot off, but a handful of us headed down the spiral staircase to explore more of the hotel and bar: 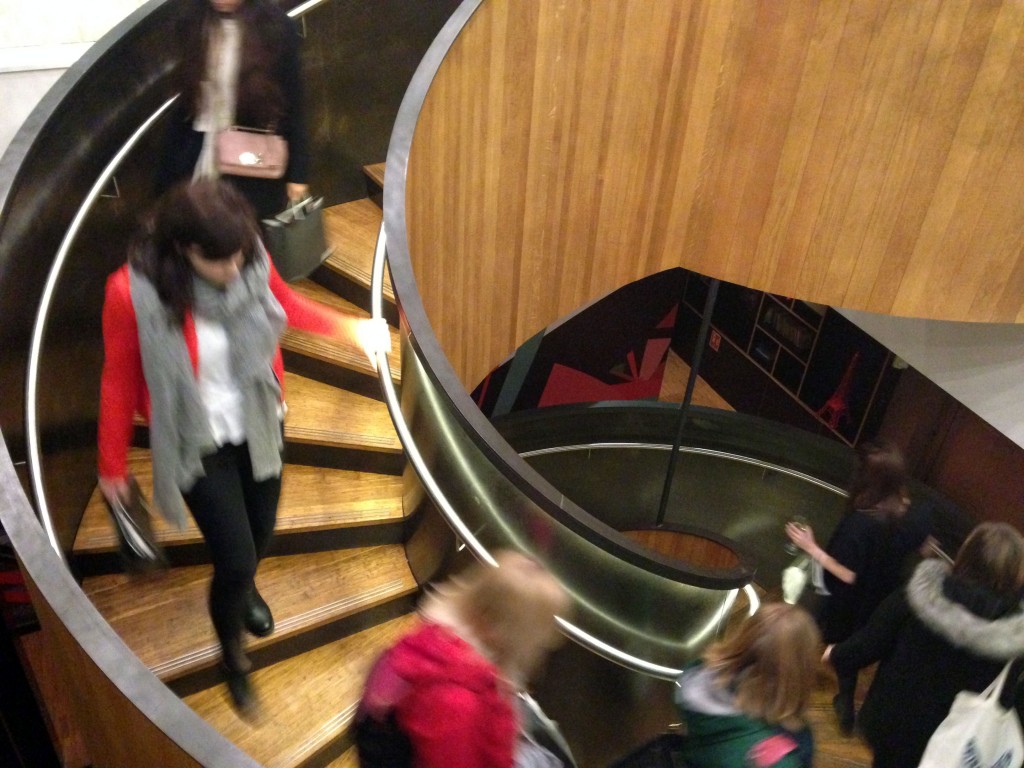 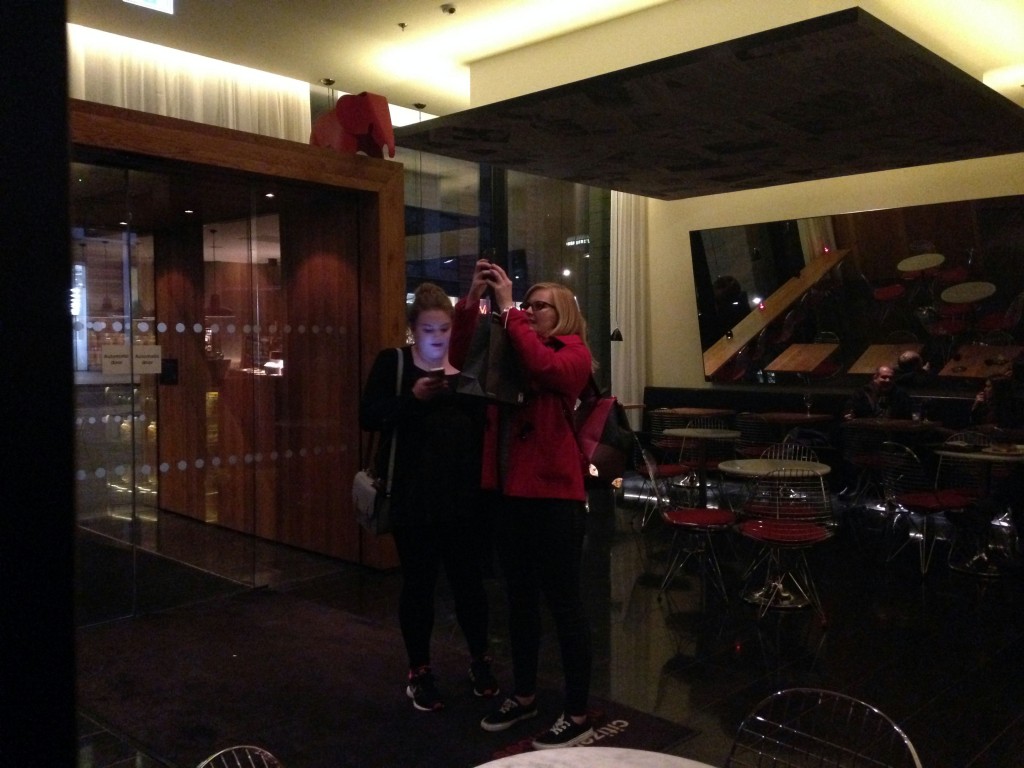 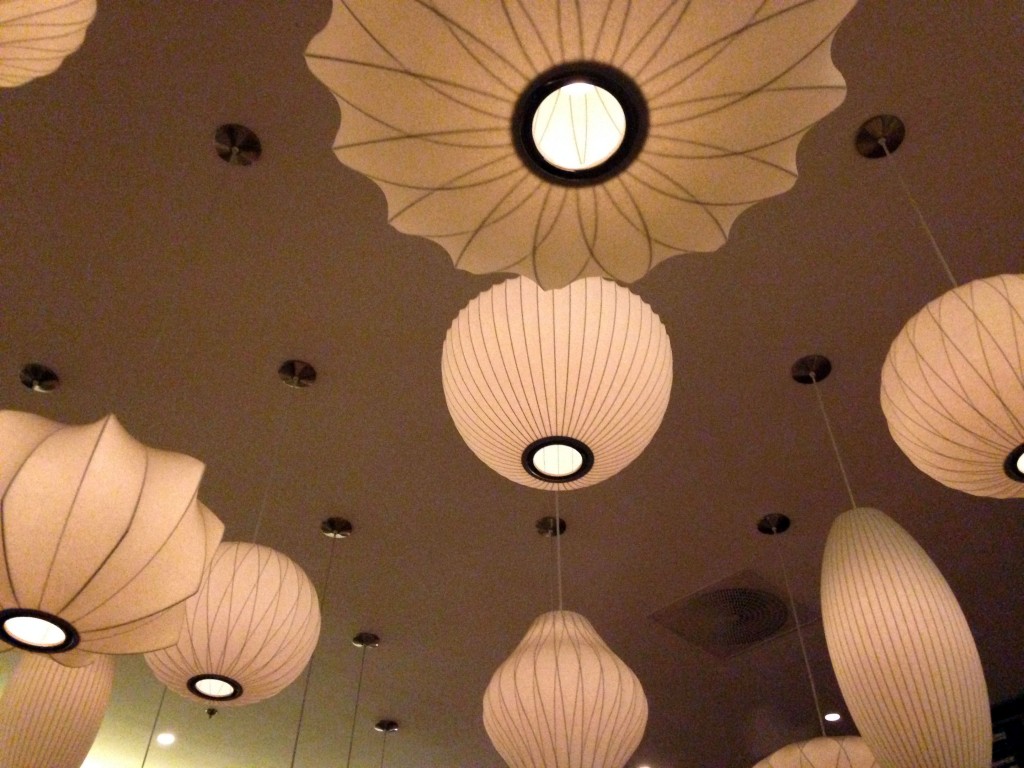 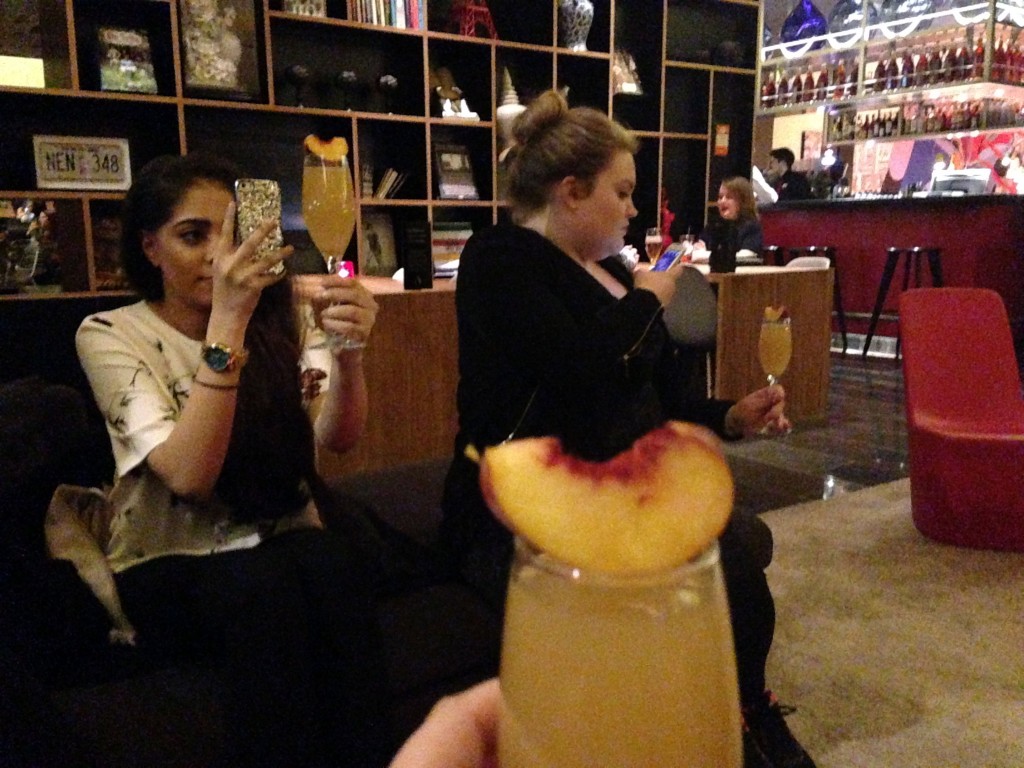 No blogger event would be complete without multiple instagrams of our drinks(amazing Peach Bellinis, thankyou!) and a selfiestick selfie… 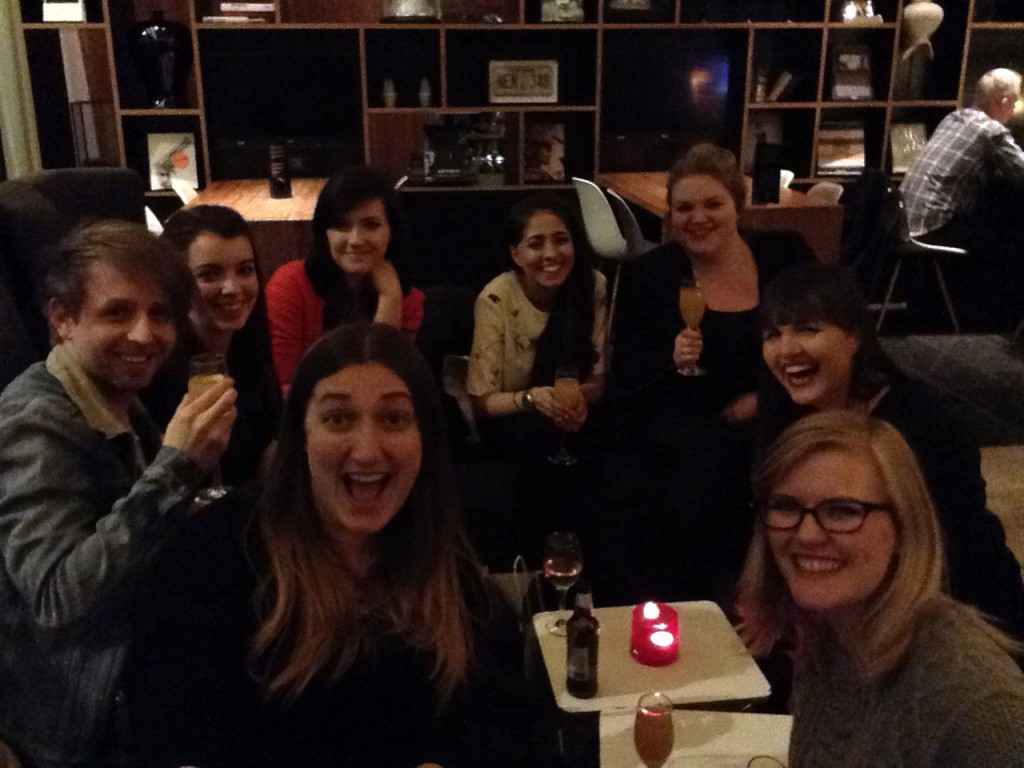 Again, thank you to Citizen M for being a brilliant host. It was the perfect start to my weekend and lovely to meet the other bloggers, who were all so nice and enthusiastic. Don’t forget to check out Liz and Jess‘ work and continue #celebratingcreativity