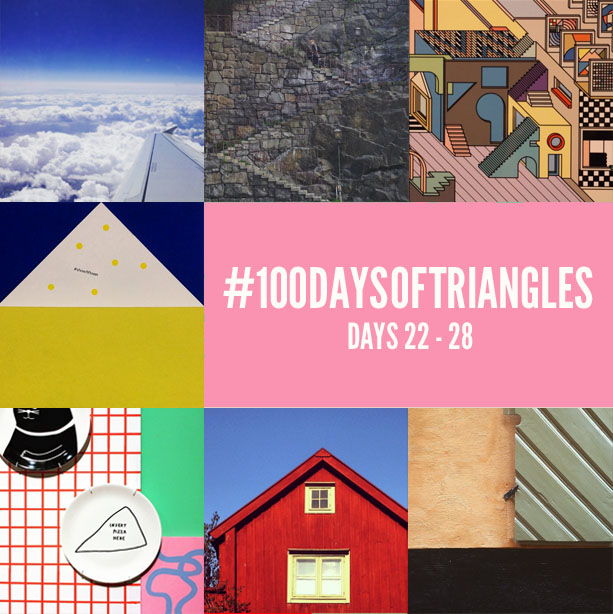 Week four of #100daysoftriangles has been the busiest yet, with one photo proving very popular. Usually my Instagrams are averaging between 30-40 likes, but this week my phone has been buzzing non-stop with notifications even 3 days after I had posted it. I haven’t worked out where the unexpected popularity came from, but I’m pretty amazed by the 305 likes! Eeeek! All of the triangle love 🙂 So, over a quarter of the way now and onto week four: 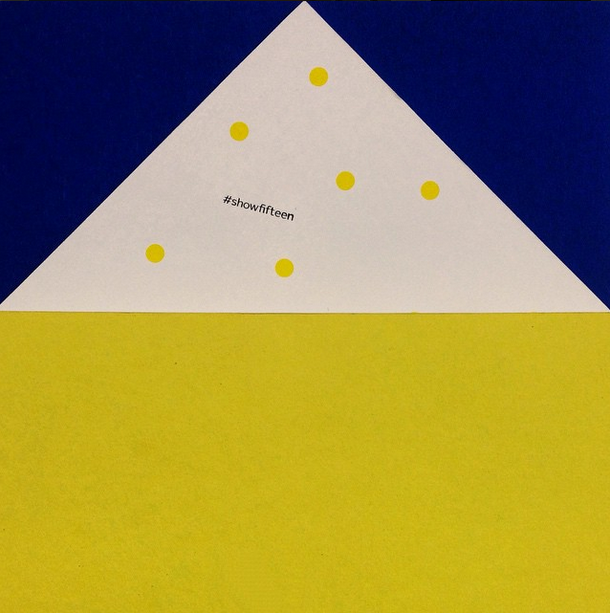 22 – A bright envelope with my name on it arrived at the Studio on Monday from the soon-to-be Graphic Design graduates at Lincoln. I’m really looking forward to popping up north for show fifteen – open to the public from 30 May to 12 June 2015. These guys were 1st years back when I was a scary 3rd year, so it’s very weird to think that they’re now graduating! 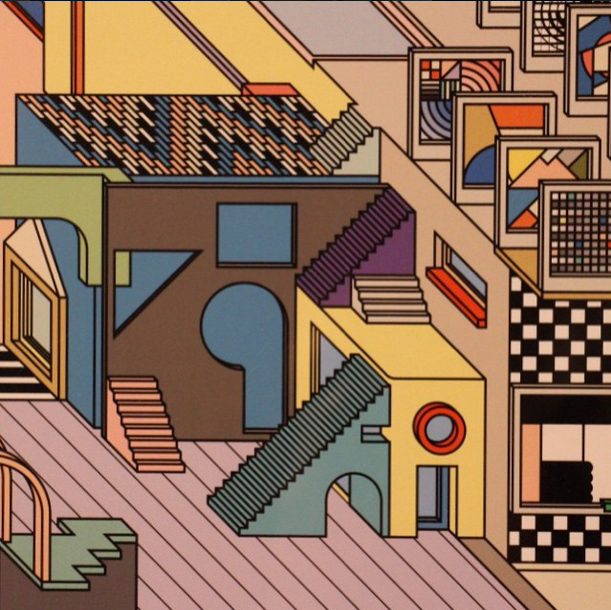 23 – Peter Judson’s brilliant interpretation of Somerset House caught my eye when I visited Pick Me Up 2015 with Sophie – read all about it here. 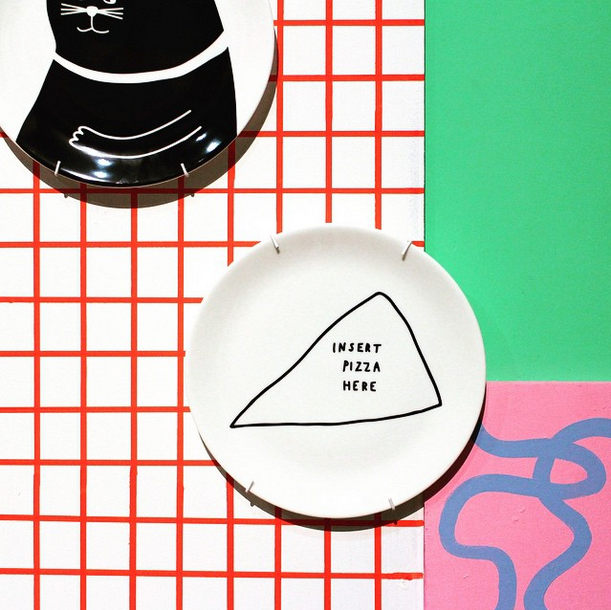 24 – Never underestimate the power of pizza – that is mainly what I have learnt this week. This shot of a plate in Lazy Oaf’s display at Pick Me Up 2015 has gained 305 likes on Instagram. I love it, the people obviously LOVE it – pizza for all! 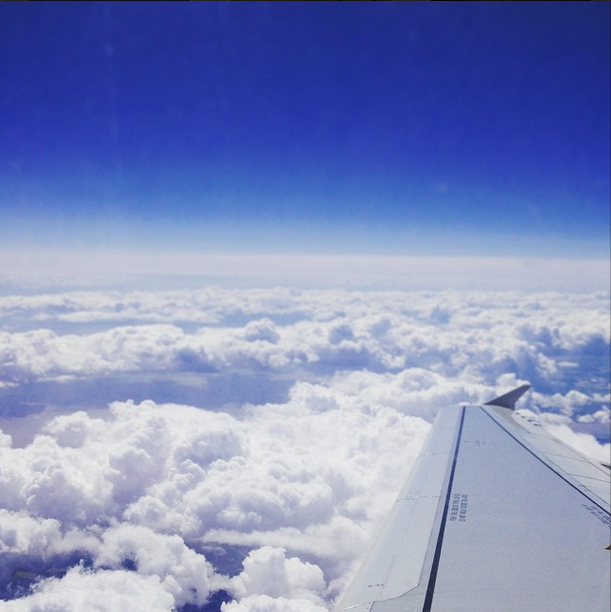 25 – A shark in an ocean of Swedish clouds. Jack & I headed to Stockholm for a city break as his Birthday treat (Happy Birthday Jack) and I couldn’t help but do the cliche plane wing + clouds shot. The clouds were amazing though… 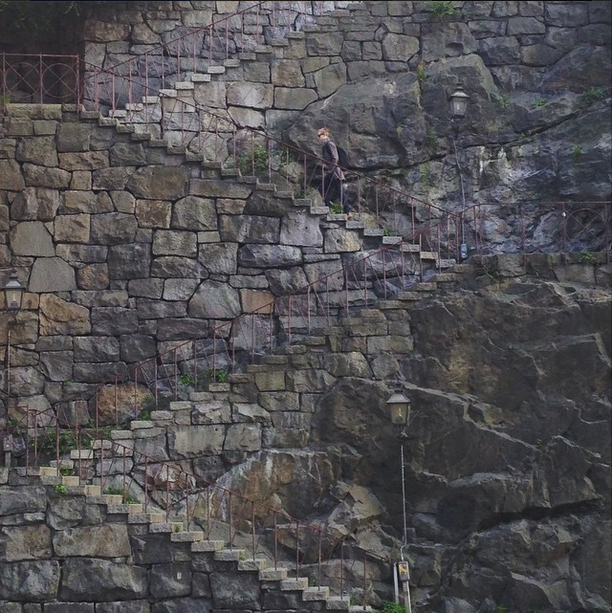 26 – Day 2 of Stockholm. Walking from our airbnb apartment on Sodermalm to Gamla Stan (Stockholm is a city made up of islands if you didn’t know) we stumbled across this triangular staircase built into the side of a cliff. Obviously I made Jack go and walk up the stairs so that I could photograph it 🙂 It seems that the Swedish like a good staircase – they were random sets of stairs everywhere. 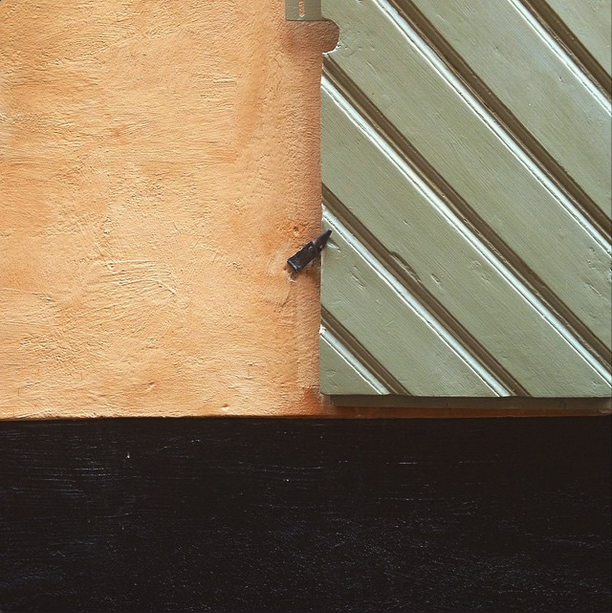 27 – Day 3 of Stockholm. Straying from the tourist tracks, we got lost in the back streets around Gamla Stan. Tiny streets lined with cobbles, windows with shutters and postboxes shaped like little houses, the old town of Stockholm was very quaint and cute. 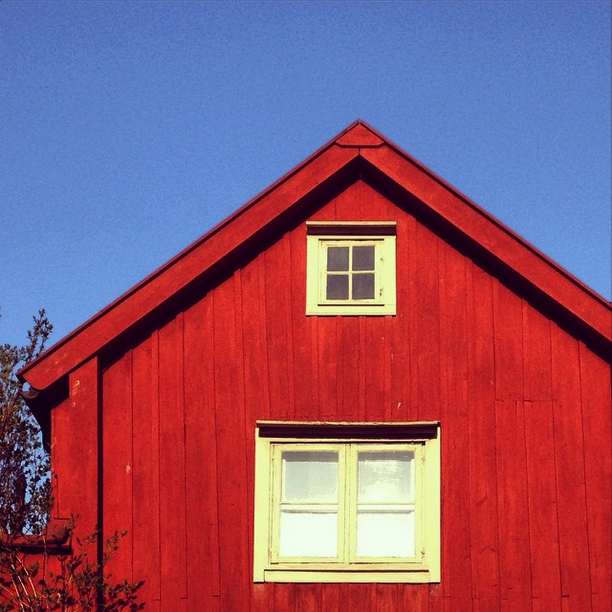 28 – Day 4 of Stockholm. One of the most unexpected findings about Stockholm was the colourful buildings; reds, oranges, yellows and greens. Luckily our visit was also accessorised with a beautiful blue sky and bright sunshine to make the colours seem even better!

Made You Look: creativity on film