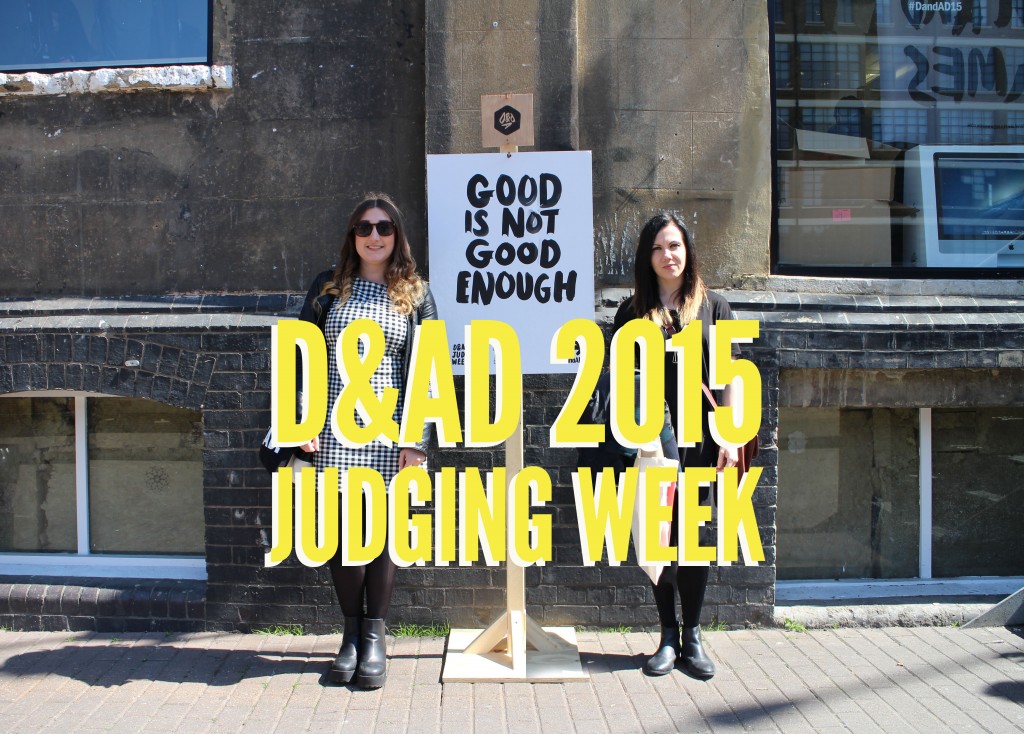 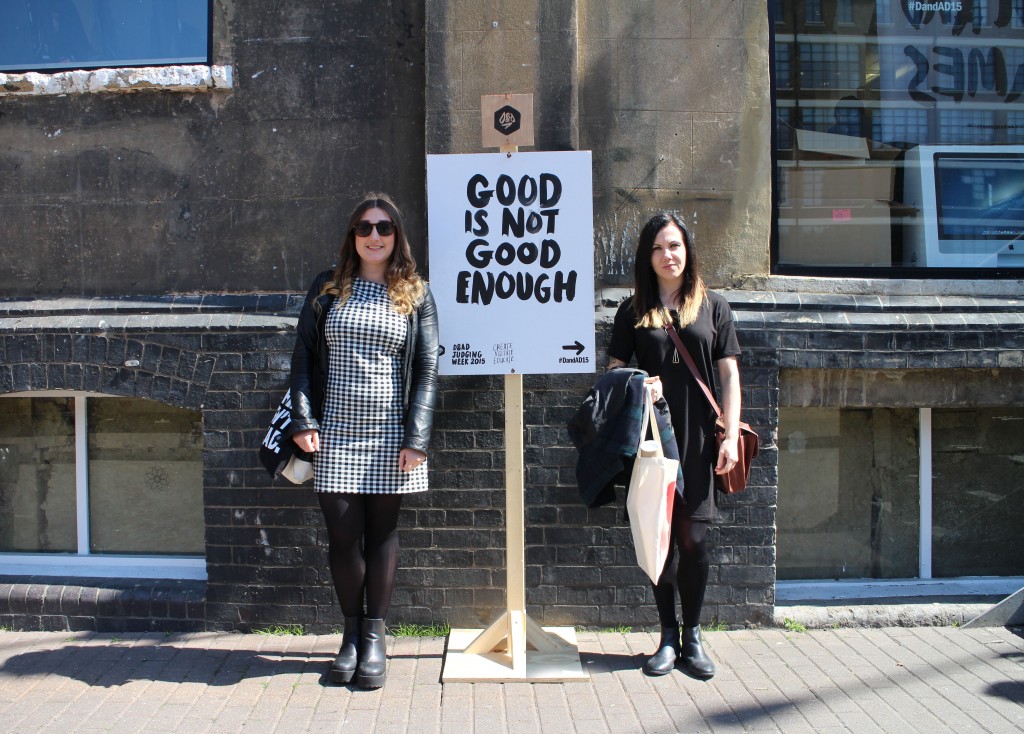 2015 is the first year that I can really say that I feel like a design professional, rather than a graduate. I feel like I might even know a few things about design in the real world now, y’know. As a student D&AD was ‘the dream’ – the awards that everyone wanted to win, and as a design professional nothing has changed. A yellow pencil is the most wanted accessory for every designer’s mantlepiece because, well, they are bloody hard to get!

Everyone has an opinion on design and because it is so subjective, I can’t imagine how hard it is to judge an amazing piece of design against another but I was intrigued to find out just how judges do it. So when the opportunity to attend the D&AD Judging Week insight came up I took a day off work! 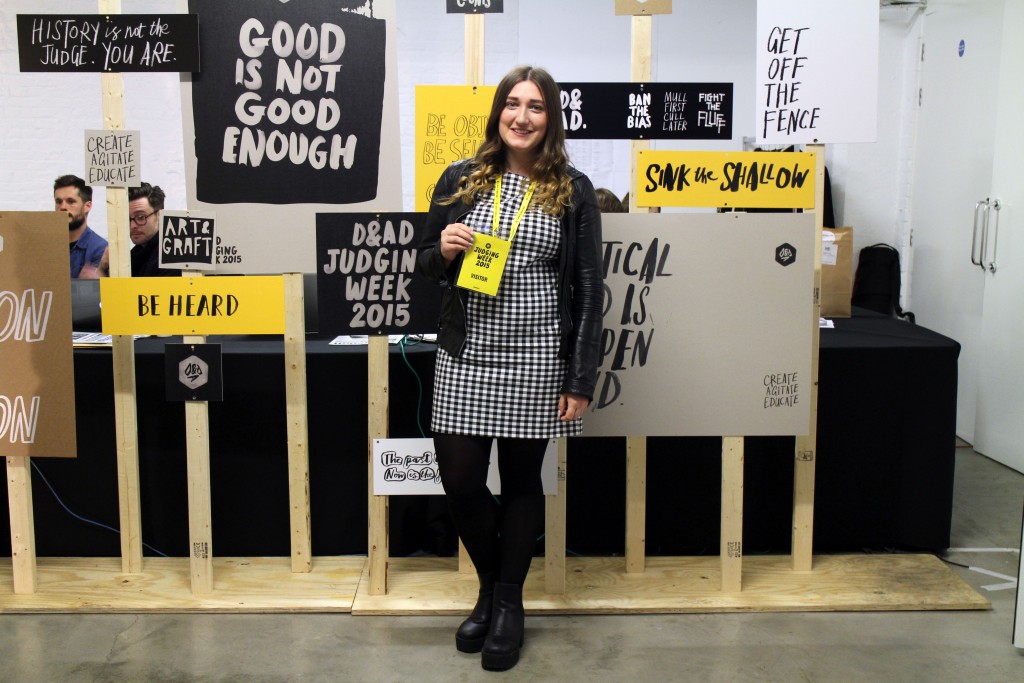 I remember seeing the announcement of these judging week talks on twitter and excitedly sending the link to Sophie and ordering my ticket straight away. The panel featured designers whose careers I have been following for a while now; Matt Willey, Nick Finney, Jack Renwick, Craig Oldham (and David Pearson who unfortunately couldn’t make it on the day). 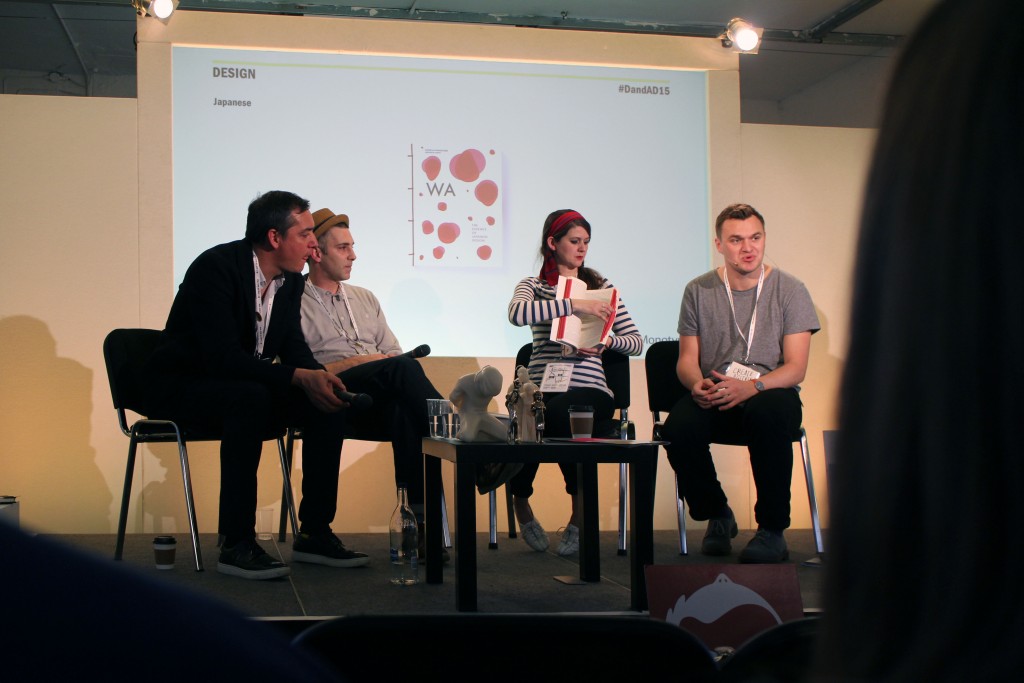 Discussing entries to the Graphic Design, Books and Branding categories the team were asked to pick one piece they liked and one that divided the judges.

The first piece for discussion selected by Matt Willey was magazine The New British Issue Zero, which had divided opinion by being ‘typographically stunning but arguably technologically dated’.

From absent judge David Pearson; WA: The Essence of Japanese Design from Phaidon Press – french folded, red page edging and japanese bound. Everyone agreed that it was simply beautiful!

Matt Willey explained about what happened when the New York Times’ Food Issue, which he currently works on, was entered into his judging category. Even though the Food Issue was designed before his time at the NYT he was ‘too close’ to the project and too connected to vote. The judges explained that this is common within the voting system – if you are involved in the project/with the studio somehow you should abstain from voting. 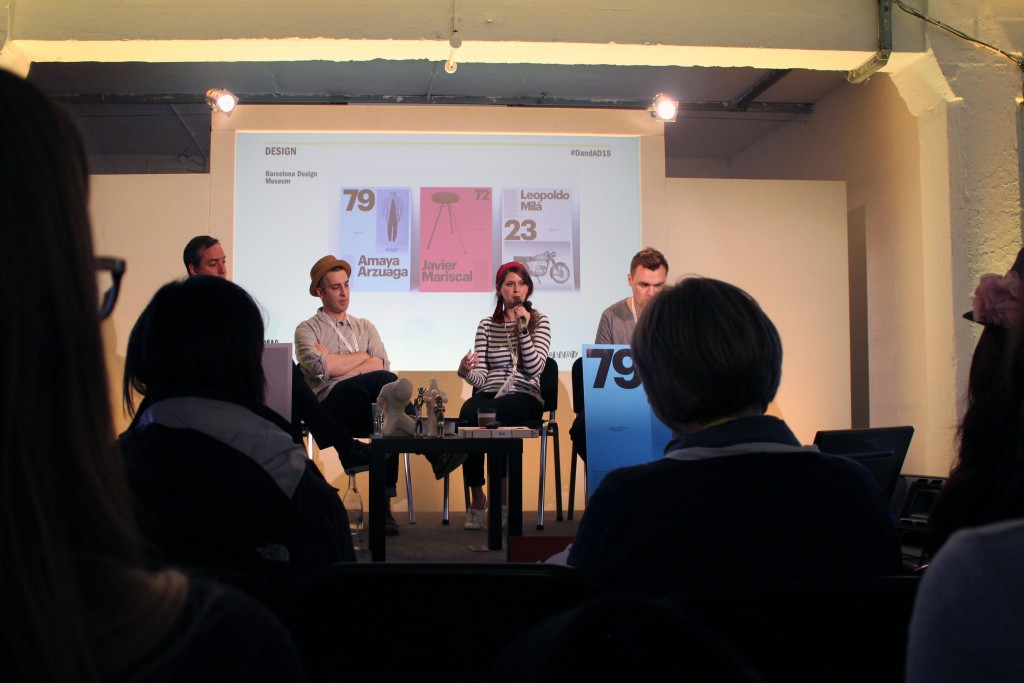 Jack Renwick shared the work for Barcelona Design Museum which was entered into the Graphic Design category. She explained that it split the judges because in terms of crafting, photography and type it was excellent, but in her eyes D&AD should be about awarding new, ground breaking work that pushes Graphic Design into the future. In this case she felt the Museum work was ‘too much of what had been celebrated in the past – regurgitating old styles’.

Nick Finney agreed with Jack, explaining that the BDM work had also been entered into the branding category which seemed odd because it was almost ‘anti-branding’. The posters do not use a logotype, but simply a diagonal line which is quite subtle. Nick described the work as ‘what you would expect for a design museum.’ 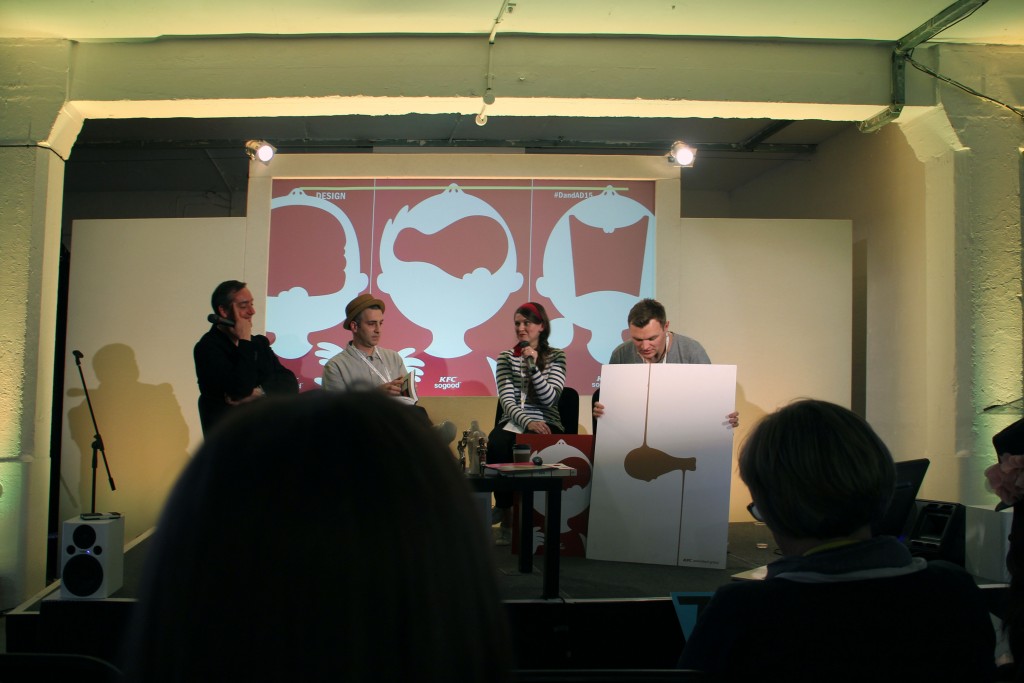 Jack Renwick also shared some posters for KFC which I had not seen before but thought were quite clever. She explained that although she didn’t want to promote KFC to children, she wanted to like the posters because they made her smile. What’s not to smile about unlimited gravy!? I think this was a good project to explain that personal preferences and morals should be left outside of the judging room and that the judges should only judge on the effectiveness of the design; human rights vs. fried chicken!

A couple of other great quotes that I wanted to include:

– ‘I was seduced by the video but the real question was ‘what am I judging here?’ – Nick Finney in relation to a video about kimonos and tyres produced about Toyo Tires.
– ‘To say that everything needs to be original is a tough ask – an impossible ask.’ – Nick Finney
– ‘It smells great – can’t get that on your website!‘ – Craig Oldham on sniffing a book

After the talk everyone was invited to look around the judging space with all of the work still laid out. Banners lead us up the stairs towards the judging area… 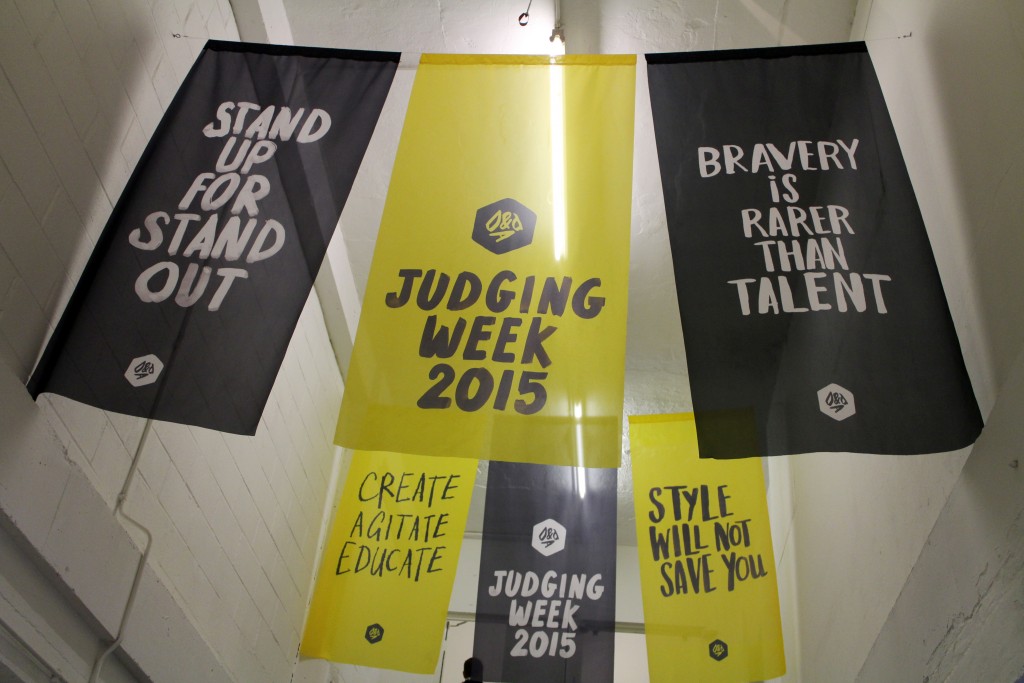 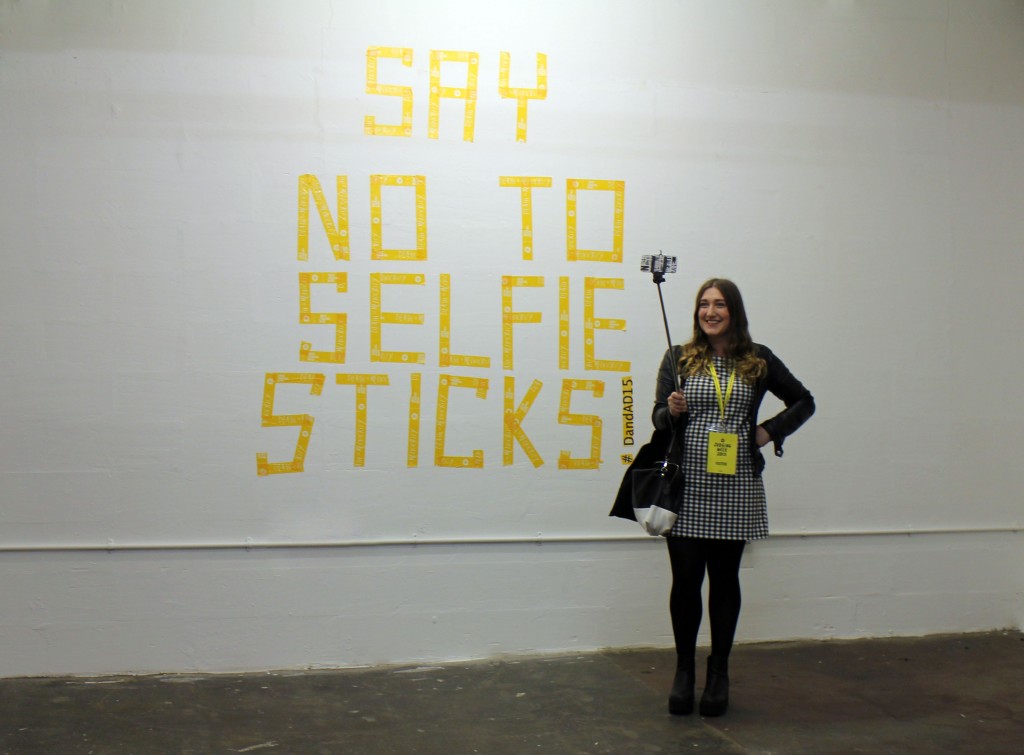 … where we found more protest slogans & couldn’t resist getting my selfie stick out for the irony.

Entering the first judging room, we were met with tables displaying branding and packaging: 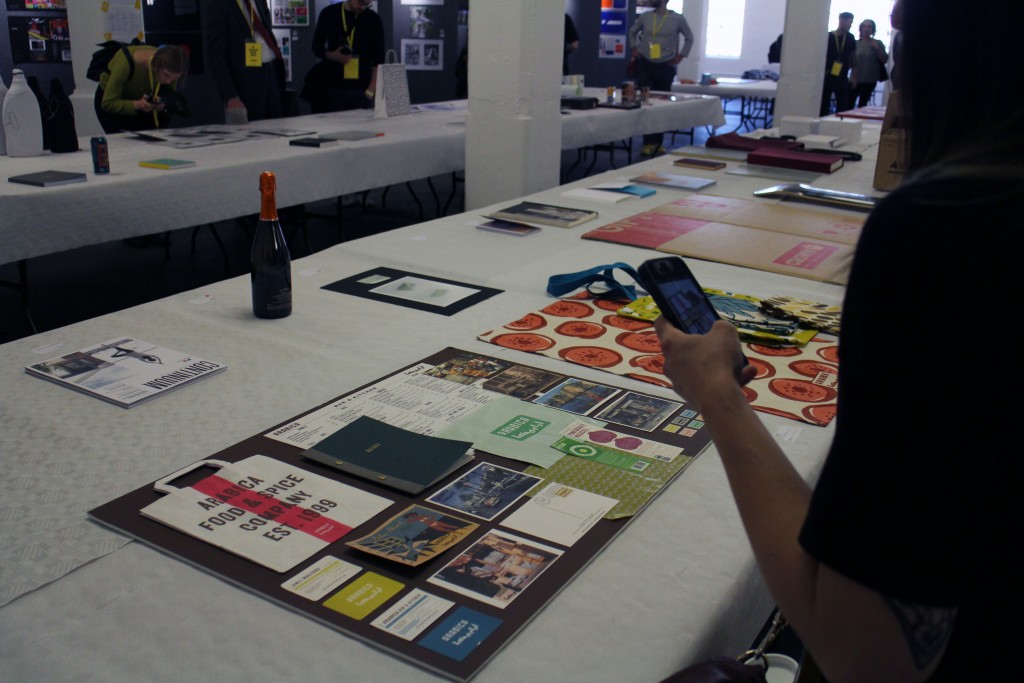 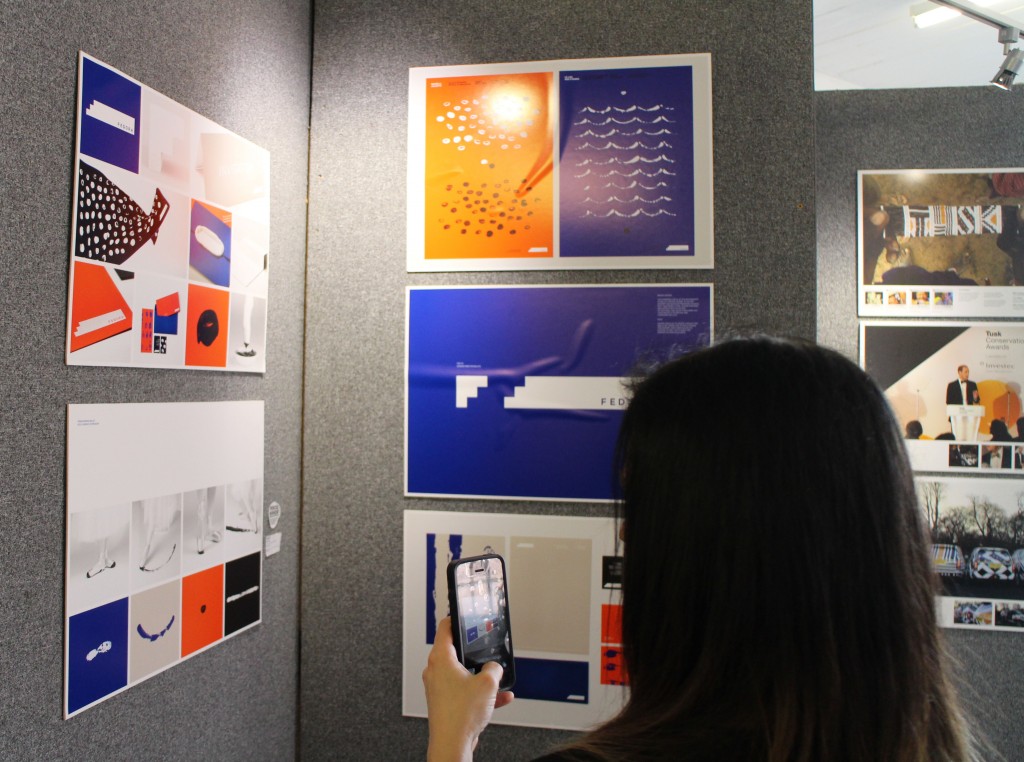 There were some weird and wonderful pieces of design from Apps to booklets, hoardings to car wraps – every possibility of branding was considered. One question that Sophie & I found ourselves repeating was ‘It’s nice but what’s the point/is it necessary?’ mainly in reference to the kind of excessive use of finishes… so much engraving into wood and foiling! I think we would have been harsh judges… 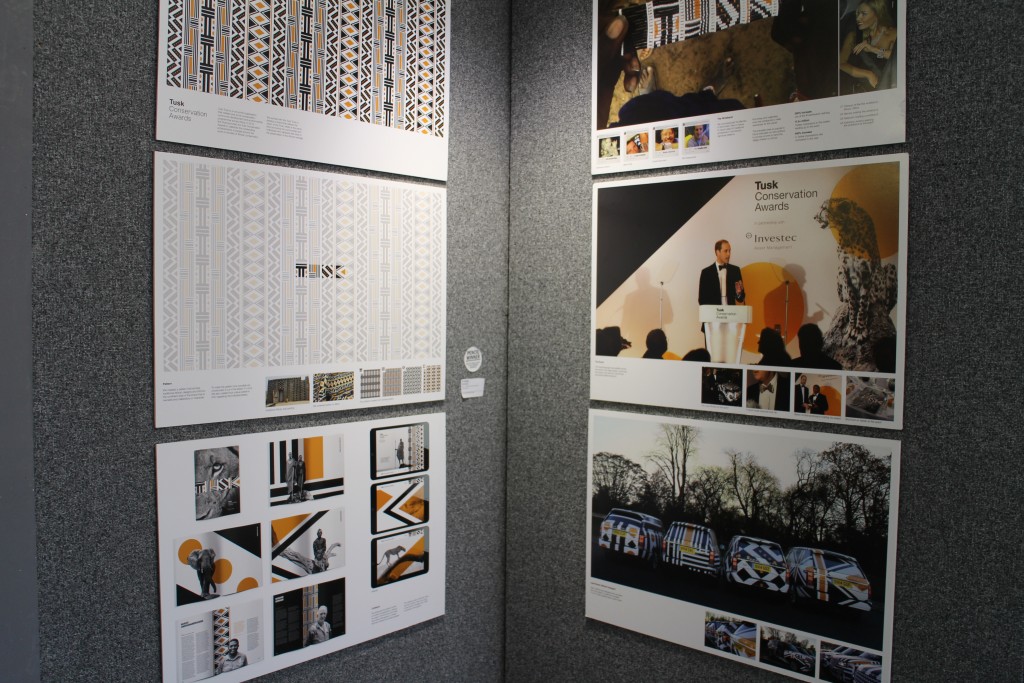 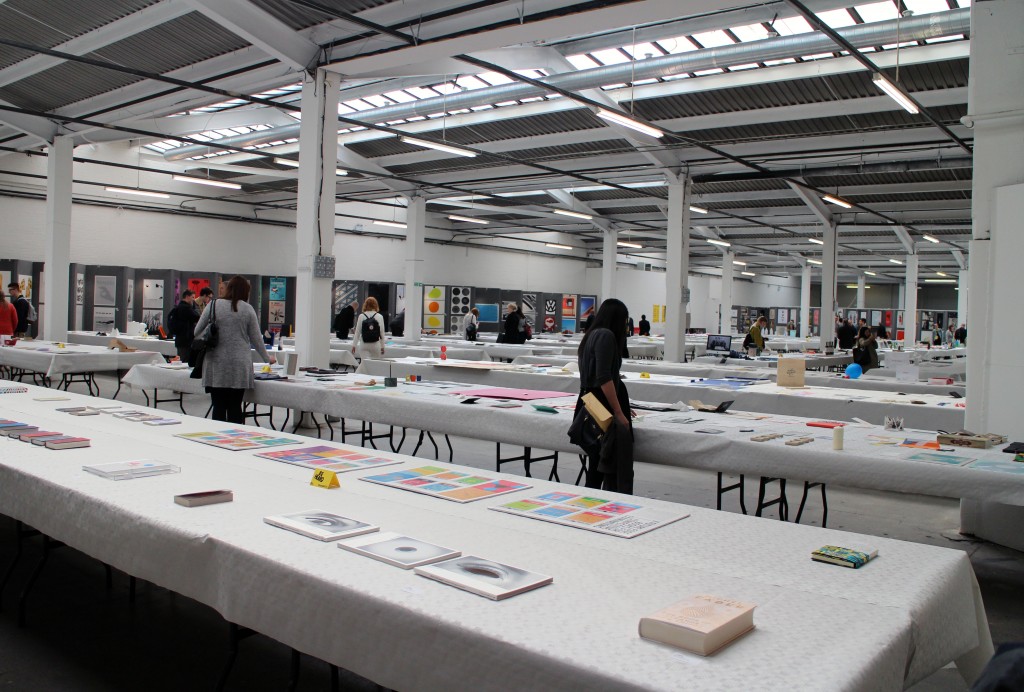 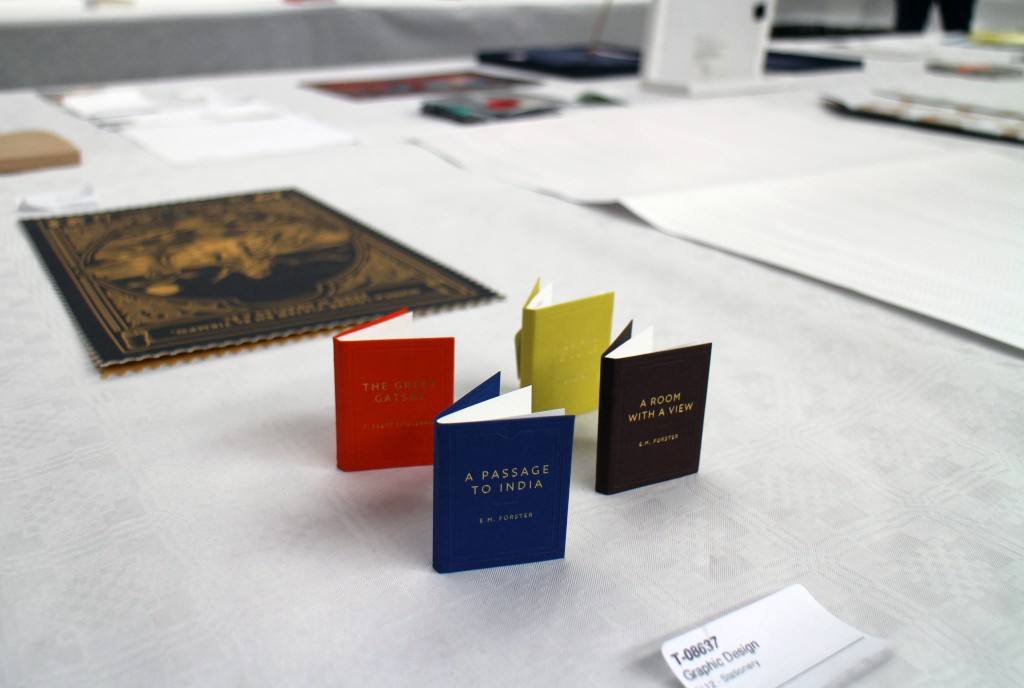 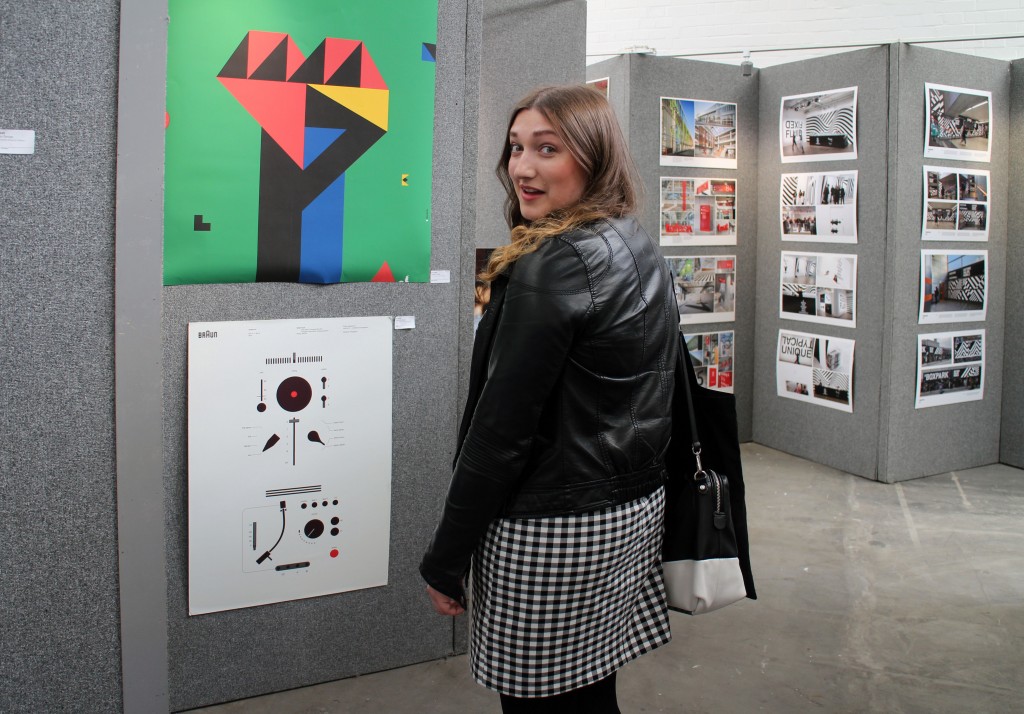 As great as it was to walk around and see all of the brilliant work, I have to admit that it was pretty draining – my brain hurts now just thinking about it all. There was literally SO MUCH to see – too much to process in 1 day that’s for sure. Sophie & I were so tired/overwhelmed that in the end we decided that we had to leave to get some air/space to think before we headed to Pick Me Up 2015, which I posted about last week.

I also discovered yesterday that I was papped during the judging talk: 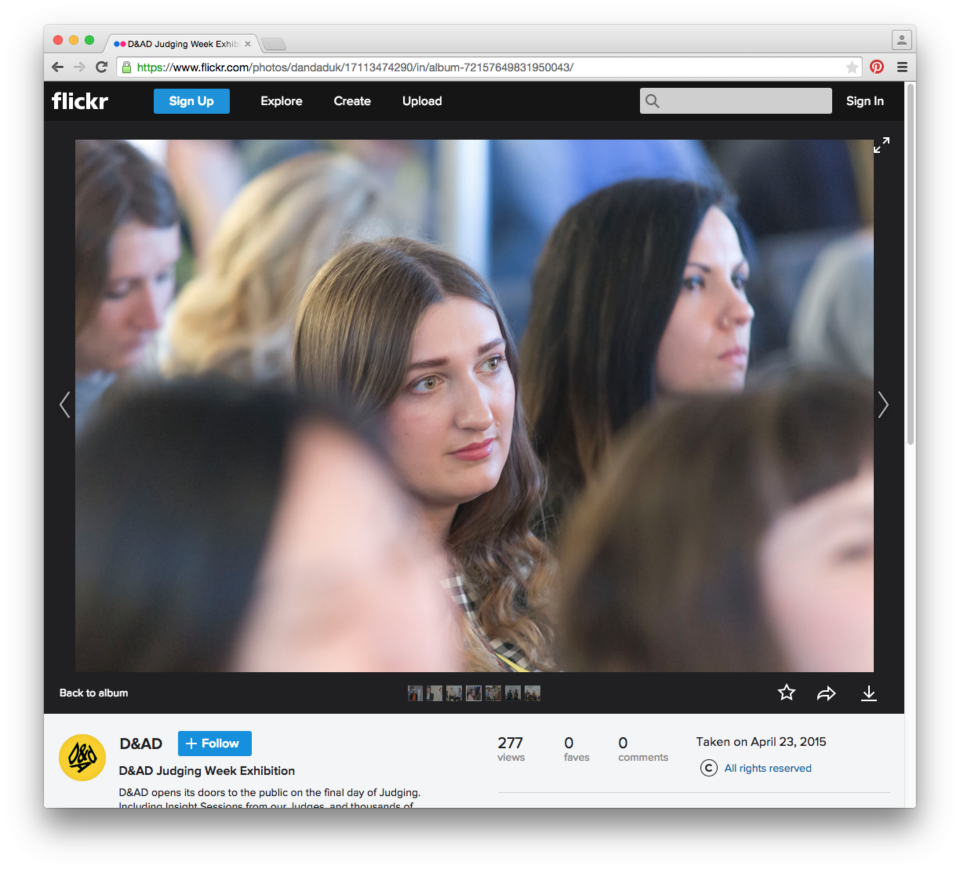 I really hope that D&AD continue to open judging week to the public in years to come – I think it could really benefit students and young creatives, providing inspiration and insight into the industry.

Did you attend any of the judging week talks or pop into walk around the awards exhibition? If not, is it something you’d be interested in attending next year? Let me know what you think! Next up, New Blood 2015!